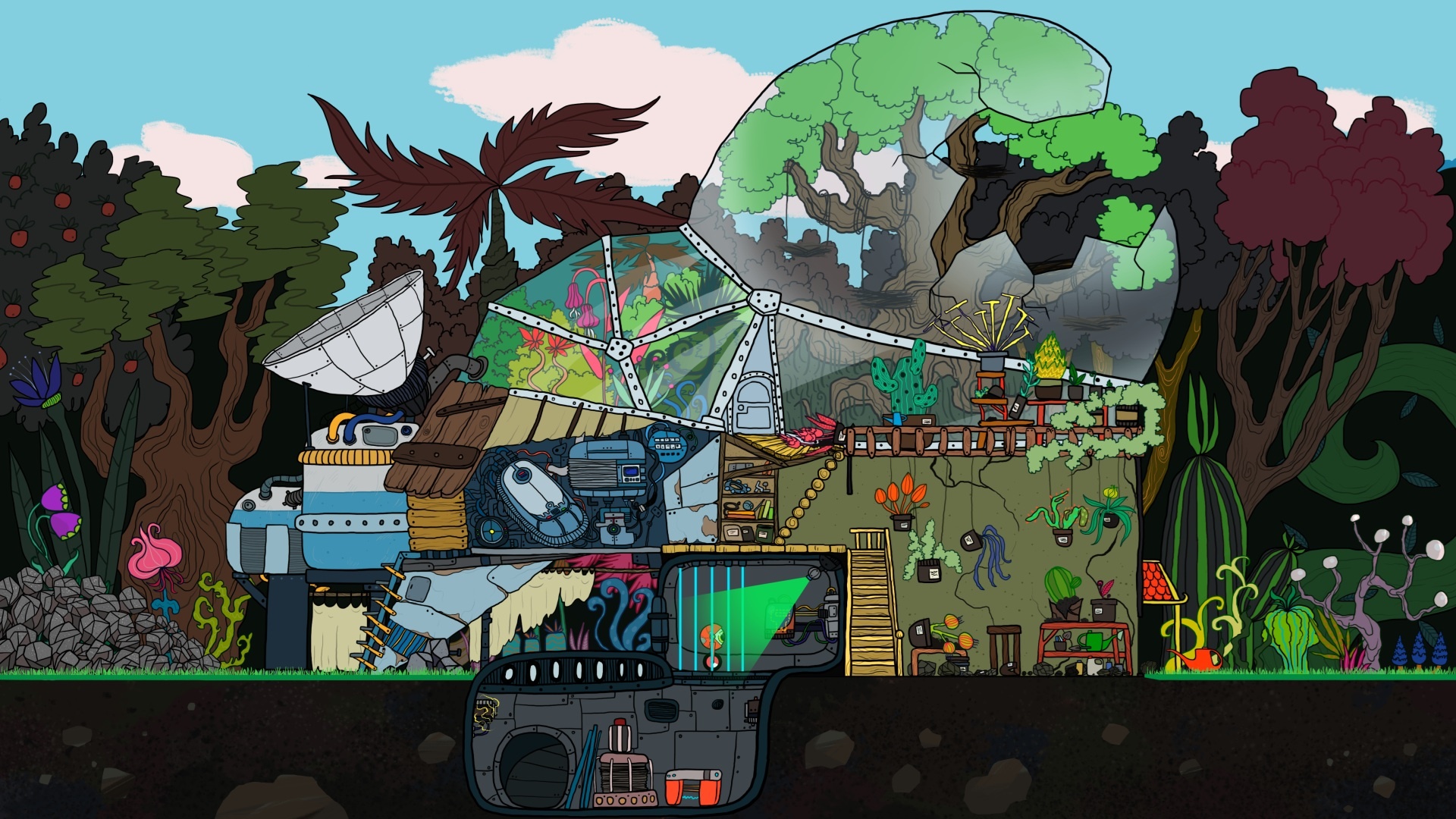 Where are my friends? is a 2D side-scroller puzzler; first game by Russian indie developer Bear Games Studio. The game consists of simple mechanics and tried and true 2D side-scrolling gameplay. With a new task of making a game playable and understandable by all.

You start out as a little robot called Wheye that looks like an eyeball on a unicycle, he arrives on a planet where his friends are living as they study the local wildlife. But first you need to complete some maintenance on yourself before you set out on an adventure spanning many worlds looking for your missing friends before the planet explodes. The developers have pointed out that they tried making the game understandable to all by not including a single word of dialogue; will this work? I’ll let you know soon. 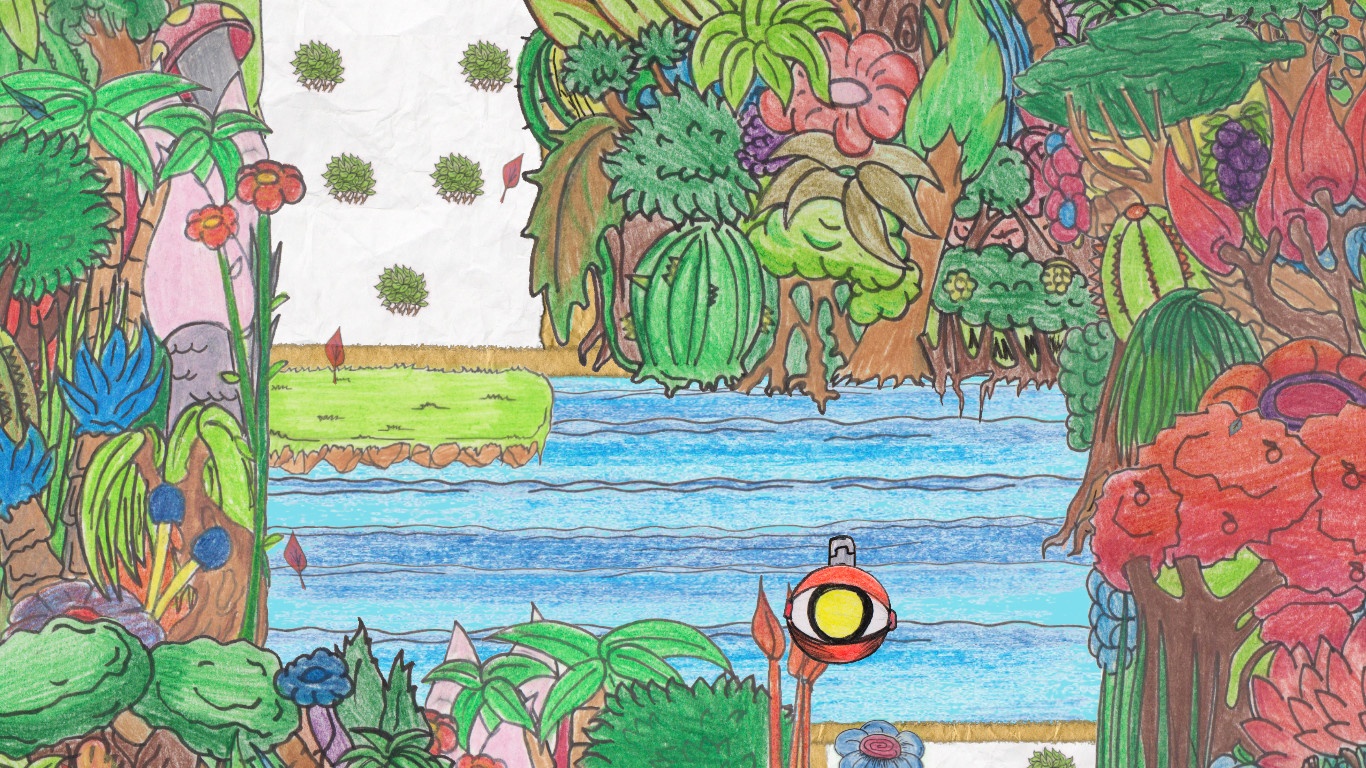 With the games lack of any direction it’s on to the player to discover the mechanics of the game through trial and error. According to the game’s fact sheet the game consists of four different game genres: runner, metroidvania, point’n’click quest and puzzle-platformer. These are all staples of the 2D sidescroller video game but unfortunately they aren’t executed at a level that is standard for most indie games. That said some fun is there to be had with the runner game mode but it just feels like a mess with genre switching with each world.

When it comes to its art style “Where are my friends?” just does it wrong; with its art style changing from world to world it’s a little unsettling and never hits the sweet spot. I feel as though Bear Games Studio should have really just picked a style and stuck to it and worked on really polishing on style instead the game consists of multiple art styles that just come off as utterly underwhelming and uninspiring. With that said the music is fine but again its unremarkable and again just doesn’t hit the sweet spot. 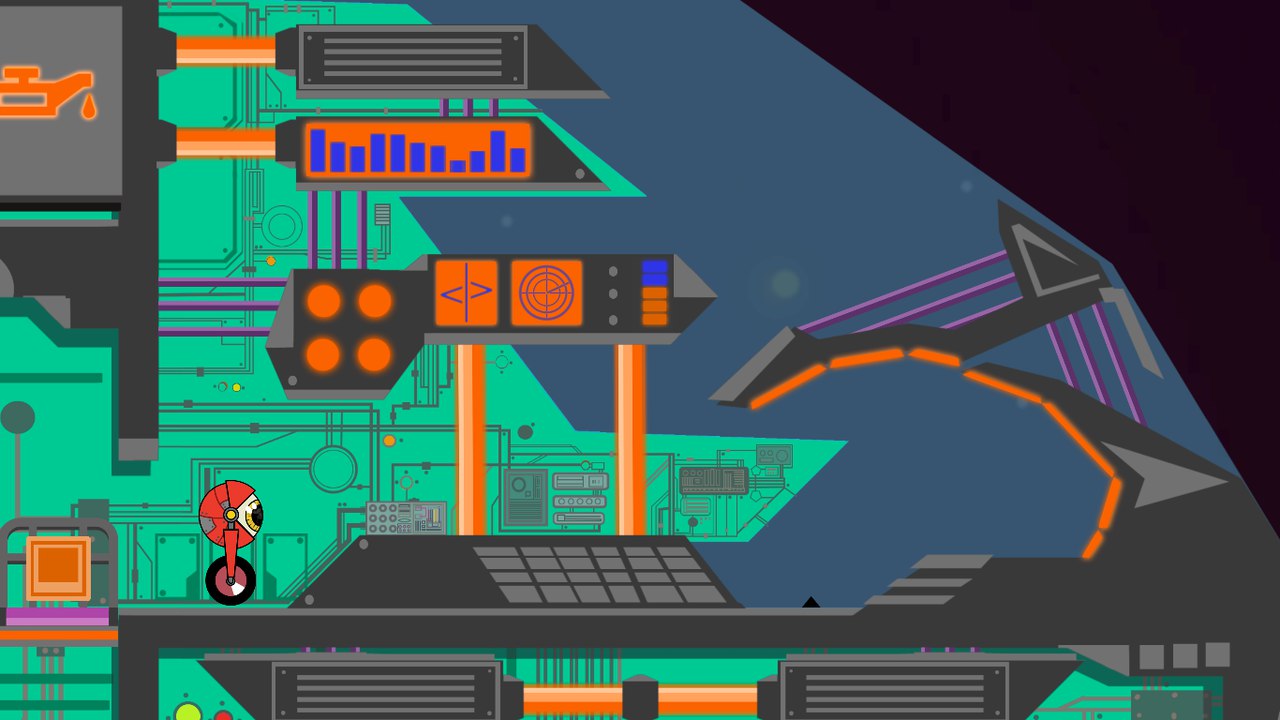 For the issues in the game; there are many ranging from small pet peeves to just horrendous execution of simple mechanics that just should work in a game and doesn’t work here. My first major issue was literally a design issue which is the lack of instruction which the developer says is to allow anyone to understand the game but for me I just didn’t know what I was doing. And to make matters worse the game’s clunky interaction system made it worse since I kept trying to click a switch that I thought I should but it just didn’t work. It turned out I had to stand exactly in front of it and I couldn’t be moving while clicking the button.

Overall Where are my friends? is a poor attempt at a unique 2D sidescroller with the unique hook: no dialogue at all. This hook unfortunately is the start of the downfall of this game with multiple faults that just bog down an already fault ridden game. With simple mechanics the game doesn’t try to innovate nor does it to even get the basics correct with even just interacting with a button or jumping. The game in the end fails to achieve what it set out to do, and with that I would not recommend this game at all.