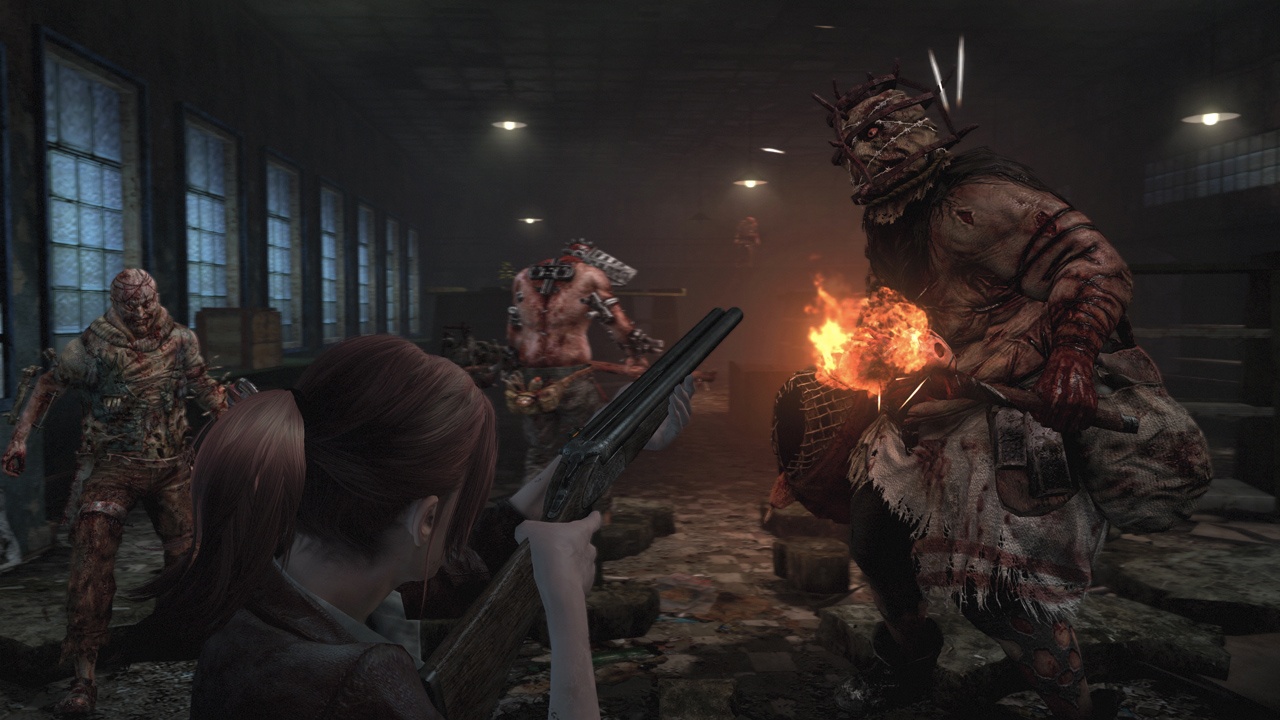 Developed and produced by Capcom, Revelations 2 follows a completely new story arc from its first outing, this time seeing Claire Redfield taking one of the lead roles, as well as Barry Burton providing the second in a concurrent setting. Presented in an episodic format, much like Revelations 1, the game begins with Claire imprisoned upon a remote island. With the help of her young partner, Moira Burton, the two of them set off to unravel the secrets of their foreboding location. However, Moira’s father, Barry, concerned with the disappearance of his daughter, sets off to investigate what has happened to her; along with the help of Natalia, a young girl who possesses extraordinary powers and is also a character that binds the two concurrently running stories together. 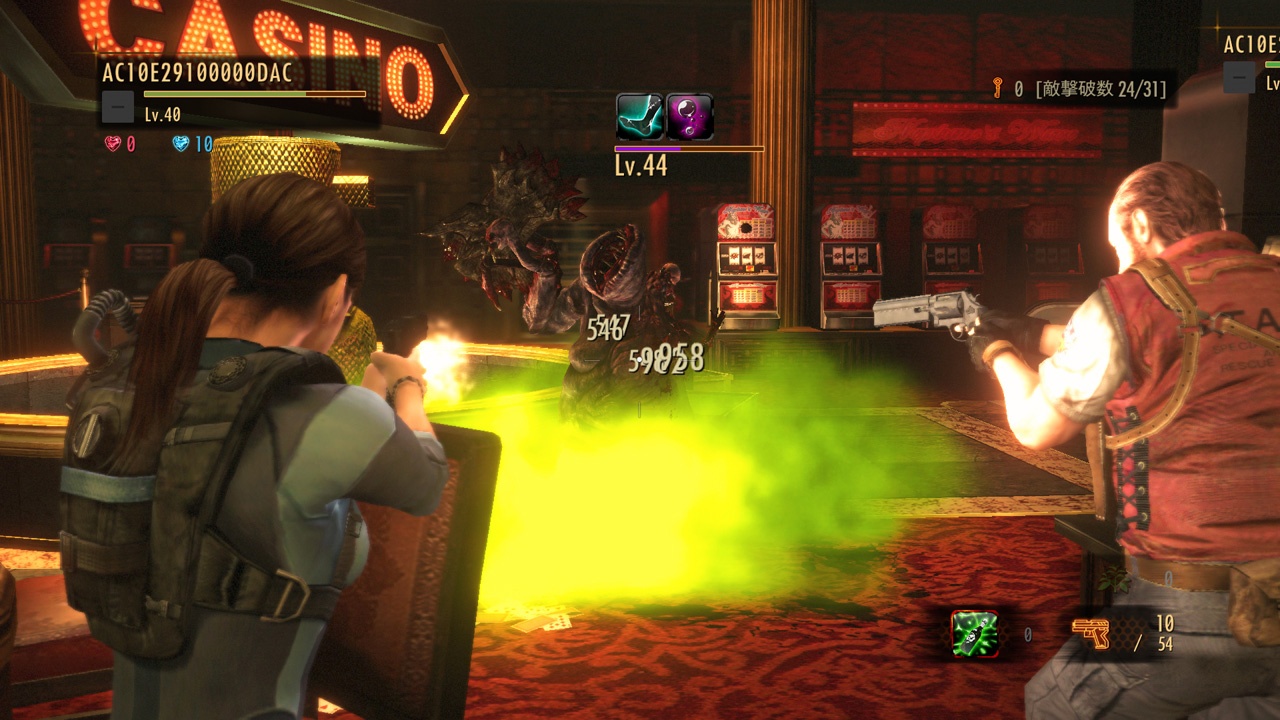 One of the differences with Revelations 2 from its first episode, is the ability to switch between either Jill or Barry’s partners; Moira and Natalia respectively. This brings a whole new dimension to the familiarity of the Resident Evil mechanics. This isn’t merely a cosmetic inclusion, but an important element to the gameplay as each of the lead characters’ partners possess different abilities that can help in the progression of the story. For instance, although weak in her ability to fight, Moira can utilize her torch to blind enemies, as well as uncover hidden items. Further to this, she can also open previously locked areas and open crates. Natalia, however, possesses a very different style of abilities. With her special powers, she can locate unseen enemies, either behind obstructions or invisible, as well as reveal hidden items. Being a young child, Natalia can also squeeze through holes into previously unreachable areas.

This interchanging of partnerships brings an element of co-operation in solving some of the puzzles that is very much a part of the Resident Evil blueprint. There are many instances where previously unreachable areas become more apparent in future episodes that contain the right pairing for the job. However, time and events can play a bearing on these locations, which can change the pattern of the gameplay and leave things rarely predictable to what may have been first thought. Another nice feature to this dual-character capability, is the ability to play the campaign with two players on a split-screen. With one joy-con each, you and a friend can play through the entire campaign, although with the limitations of the joy-con’s control scheme, this can be a fiddly experience; especially if being played on the Switch’s portable screen.

Being three years its senior, Revelation 2’s mechanics offer a more sublime experience, compared to its first outing of the series. With a tighter control scheme, more detailed textures and environments and improved lighting effects, this sequel provides a much higher level of presentation. As with Revelations 1, this updated Switch version also incorporates a motion-control mechanic and works with the same smoothness and accuracy as its inclusion in the first game. It really does offer a new experience in how you play the game and also allows for a variation in its gameplay. Also included, as with the first game, is the Raid mode. This continues along the same premise as a solo or two player experience, either split-screen or online, in a survival-style of gameplay. After choosing characters, outfits and weapons, you fight for survival through a series of differing levels that are lifted straight from the main campaign. This is an extremely fun and challenging mode which provides real longevity to the title. 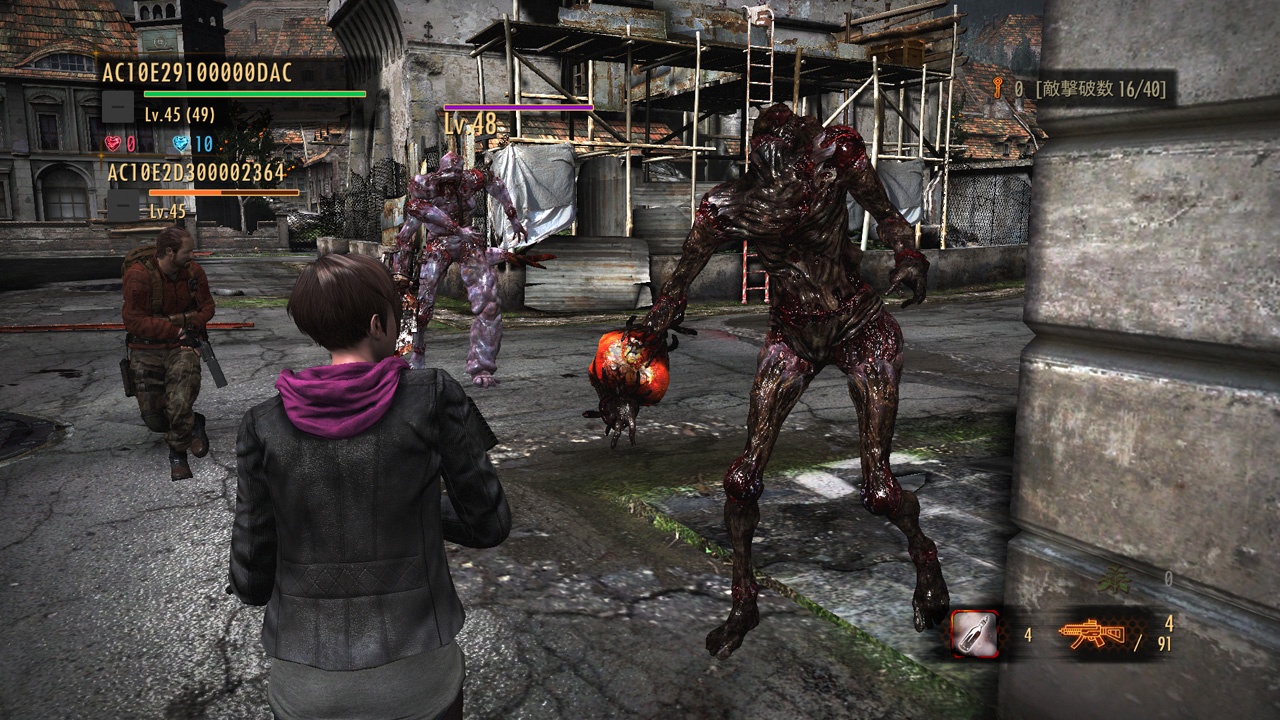 As with Revelations 1, this updated port contains many aesthetical and mechanical improvements over its previous releases; especially when you compare it to its rather lacklustre offering upon Sony’s PSVita. This new offering of the second game in the series, really outshines its other portable offering and, on the switch, provides a full console experience, whether you play it docked or in the handheld mode. With a 1080p output when docked, 720p in handheld, and locked at 30fps, this version of the game has never looked better. However, compared to Revelations 1, its loading times are painfully slow, although they are quite few and far between. With its improved controls, graphics and gameplay elements, Revelations 2 provides a more comprehensive experience than the first title; as well as a deeper episodic system that runs over a longer period than its predecessor. However, in terms of story and pure survival-horror fun, I do think Revelations 1 just pips it, but that’s just a personal view.

Overall, whether you acquire each of the Revelations games separately, or as part of the Revelations Collection, these two examples of the Resident Evil formula provide good value for money; both in terms of gameplay and vast amounts of content. Although this sequel offers a far more, terrifying tension in its set-pieces, I’m not sure that it’s a particularly good place to start your Resident Evil adventuring. I would wholly recommend playing through Revelations 1 before you tackle this sequel. However, with its far-superior co-operative gameplay elements, this title can provide a better experience when playing with friends or family. As you can see, both Revelations 1 and Revelations 2, offer two completely separate experiences with both story and mechanics; the one thing they do have in common though, is that they both showcase one of the best series in the survival-horror genre and an example of why Resident Evil will always remain within the folklore of gaming history. Whether you’re a casual player, or a completionist, the Revelations series has a lot to offer and will provide many hours of entertainment, as well many sleepless nights.