Guns of Icarus is the name of a game many people seem to have heard of, but never got the chance, or offer, to play. Confusion tends to arise when asked which ‘Guns of Icarus’ is being referred to, be it Flight of the Icarus (renamed from Guns of Icarus to avoid confusion with its successor) or Guns of Icarus Online. If it wasn’t confusing enough, now comes Guns of Icarus Alliance, travelling from the PC to the PlayStation 4 and billed as an ‘all new, cooperative evolution of the series’.

Be it due to lack of mainstream popularity or commonly claimed connectivity issues, the original Guns of Icarus appears to have left a long-lasting hole in the hearts of those that enjoyed it, and Alliance is a clear attempt by Muse Games to pick itself up from the ashes of old and try again. Yet in spite of this, unfortunately, it appears that the features of this new game aren’t all that evolutionary when compared to its predecessor, and it raises the question of why it was marketed this way at all. 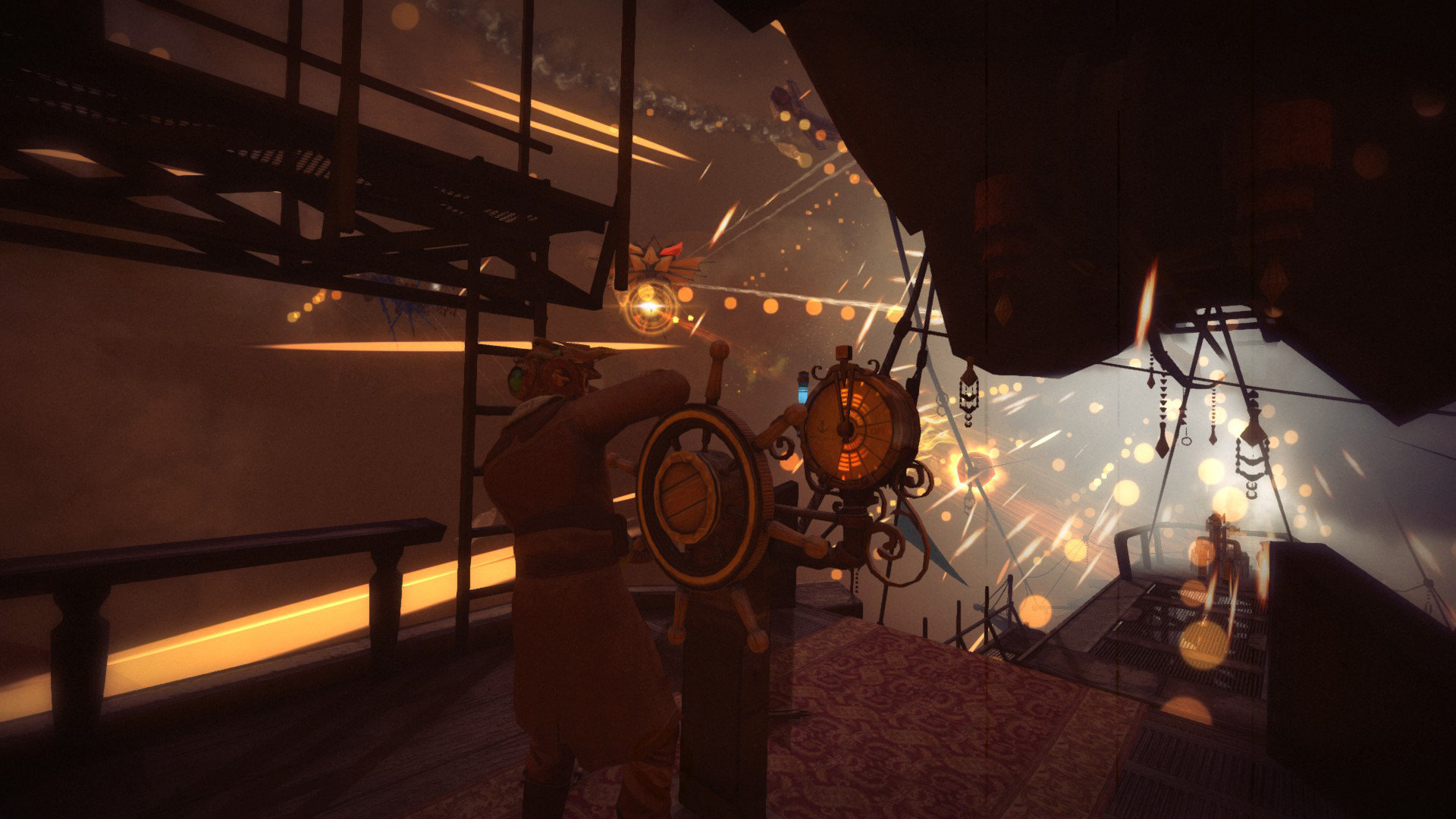 To start off with, the game is a port and it is obvious from the get-go. Its opening screens and menus scream PC, with the former depicting community information, a server status and, humorously, a news update announcing the games’ coming to PS4. From the tiny text boxes clearly meant for a monitor, the community chat and so on, Guns of Icarus Alliance’s visual design and layout were clearly built for a totally different platform, and if the team truly wanted to make the game belong on the PlayStation 4, they should have begun by making it look like a game built for the console, and they didn’t.

With regards to gameplay there are no notable differences from the formula of the original Guns of Icarus: four players comprise a crew to control airships, taking up the role of the gunner, engineer or pilot. For newcomers, these roles can feel overwhelming, especially that of the engineer who needs to be aware of the goings on of the entire ship, and must recall which tools to use quickly. The game, in general, struggles to welcome new players; while it has a tutorial for the different classes, no help is given in finding out what is best for the new player in terms of gameplay. No explanation is given about the importance of equipment, the differences between factions in terms of gameplay or even where the player should be looking in terms of match difficulty and so on. Matched with the clustered layout of everything outside the core game, Alliance can feel alienating and frustrating.

On top of all of this, the game doesn’t hold up well against the loose controls of the PlayStation 4 controller; it is easy to get stuck on parts of the ship, especially when jumping from different floors, piloting the ship up and down feels incredibly difficult. Even small touches like moving in circles feels sluggish, as this likely wasn’t intended with the original PC controls. Visually, Alliance is plagued with framerate issues, low resolution textures and obvious texture pop-in.

In the simplest of terms, Guns of Icarus Alliance does not belong on the PlayStation 4 in its current state. If it were updated to fit with the mould of what the console requires, it could find a home in its library and resonate with a new audience. But for now, if it sounds appealing, it would be best to play on the platform it was made for: PC.

In the simplest of terms, Guns of Icarus Alliance does not belong on the PlayStation 4 in its current state. If it were updated to fit with the mould of what the console requires, it could find a home in its library and resonate with a new audience.