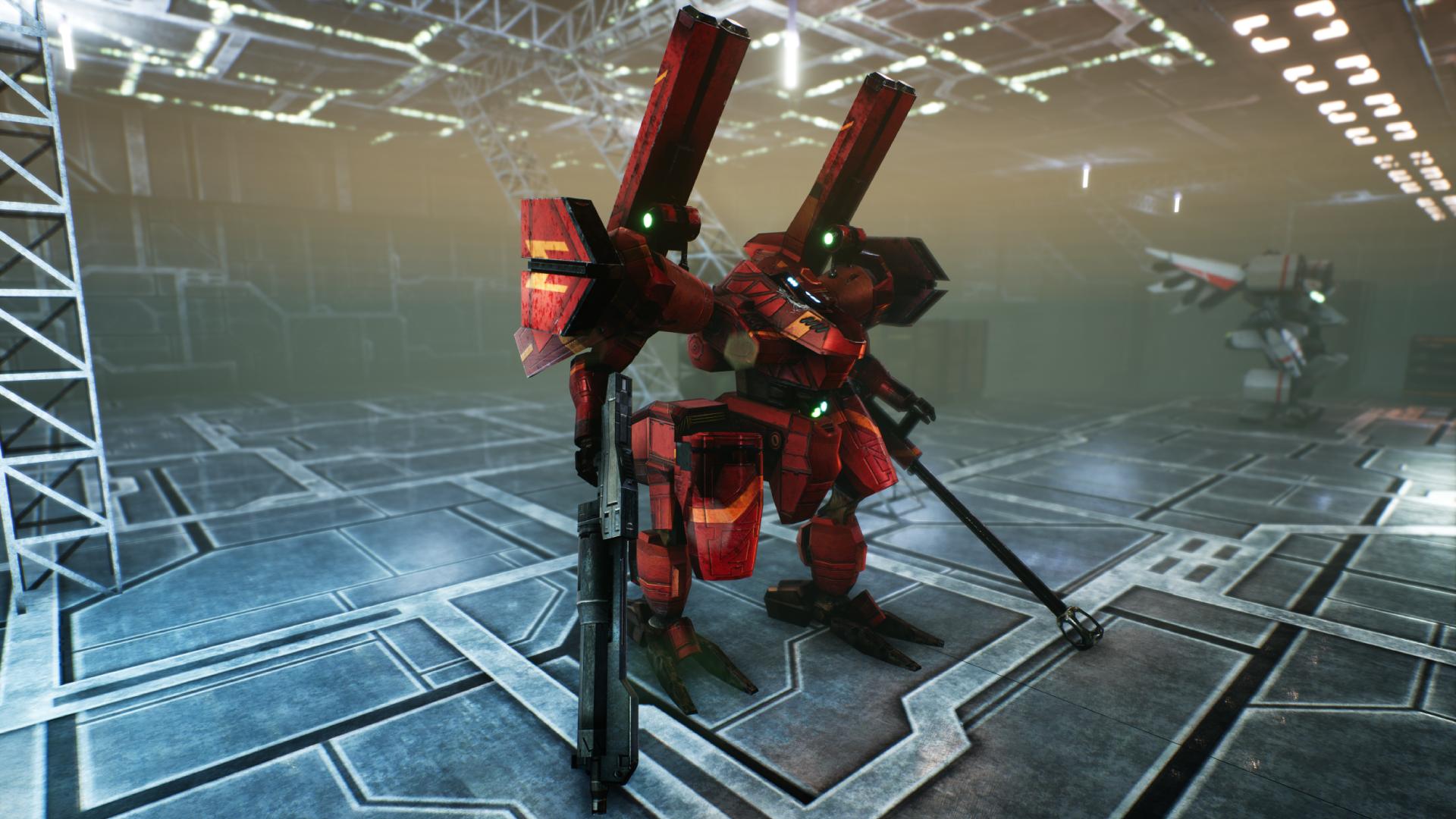 In Project Nimbus: Code Mirai, you take control of a powerful mech and fight against the opposing forces of a terrorist organization. Fly, shoot a variety of weapon types, dodge in coming attacks, and pilot different mechs in two game modes: campaign and survival. The game doesn’t offer anything groundbreaking, but if you’re a fan of mechs and you’re a fan of shooters, Project Nimbus may satisfy your desire for both–if only for a few hours.
In the campaign mode, you play as an assigned pilot and mech pair through 16 total missions. The story is told in the form of mission briefings, which are voice acted. You can choose between English and Japanese voice overs, though the former sounds very phoned in and leaves a lot to be desired. The story itself isn’t particularly interesting as there’s a lot of technical jargon and acronyms introduced at once and it’s a little overwhelming. There’s no reason for you to care about the story: no deep connection to characters or a build up of intrigue. There are voice logs, which can be played on the screen between missions and offer snippits of character speech to fill in the blanks, and these are often more interesting to listen to than the actual story. But only barely.
Missions consist of shooting down multiple targets with an array of weapons and surviving. On easy difficulty your mech regenerates health and automatically locks onto targets, but on normal and hard difficulty neither of those things happen. There’s no way to regenerate health otherwise and once your HP hits zero it’s game over, meaning you’ll have to restart the mission. 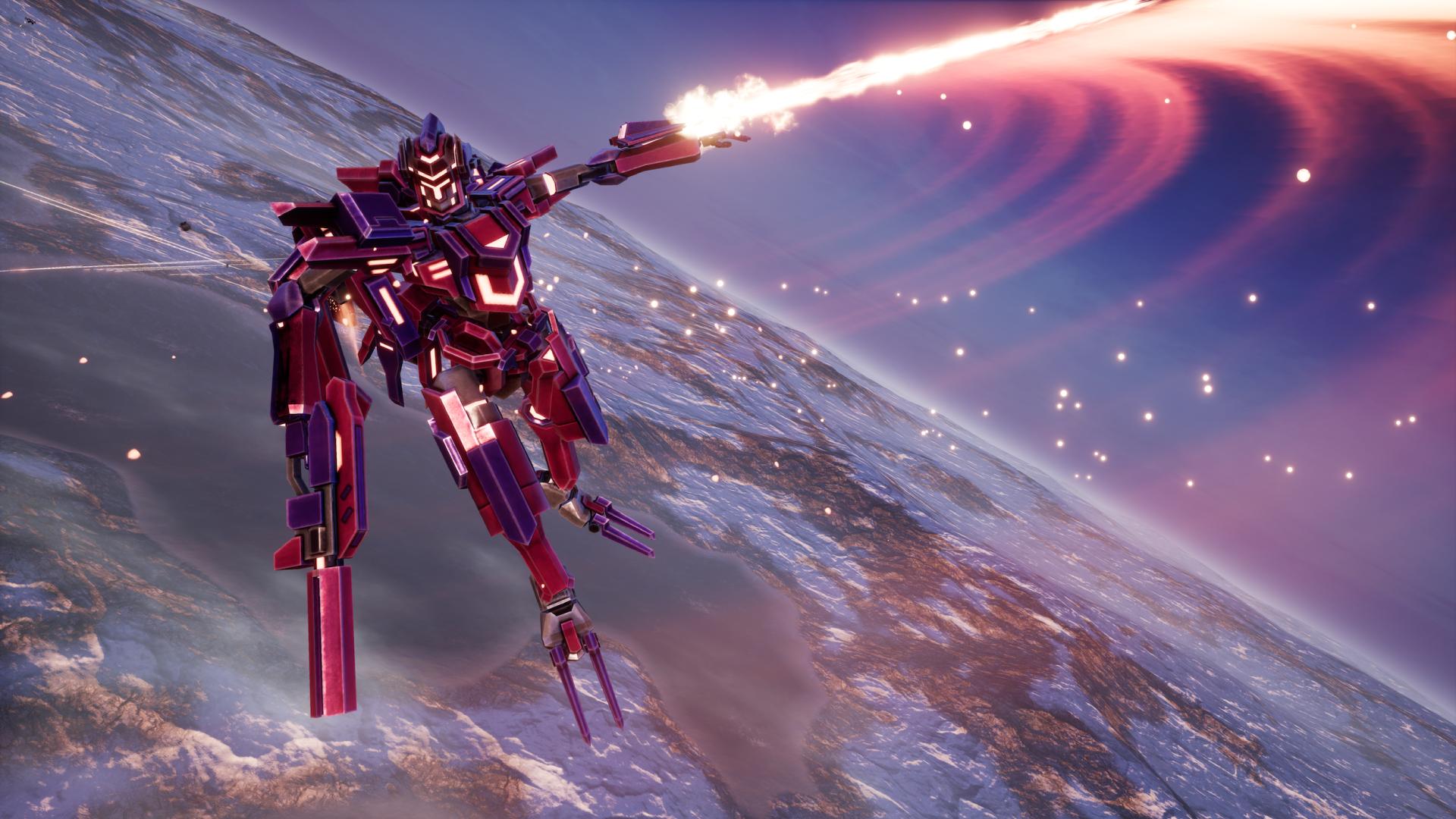 The stages are nice to look at, but nothing too fancy. Your mech flies up and down, left and right, and can boost in order to move more quickly. Your available weapon selection is at the bottom of the screen and you can toggle between weapon types using the left and right directional buttons and the R2 button to fire. It’ll take some doing to get used to the way mechs handle, particularly when trying to stay level with enemy mechs. During some of the fights against larger groups of mechs and battle ships, there can sometimes be a lot of projectiles on-screen that must be dodged as well. Nothing as crazy as the shoot em up genre, but enough that it will pose a challenge.
16 missions may not sound like a lot… And it isn’t. The game can easily be completed in just six hours if you play on easy. Fortunately, to rectify that Project Nimbus also has a survival mode where you can test your pilot prowess by holding out against waves of enemies. This mode allows you to freely select your mech, though mileage will vary. I personally am not the type who enjoys defending against endless waves. 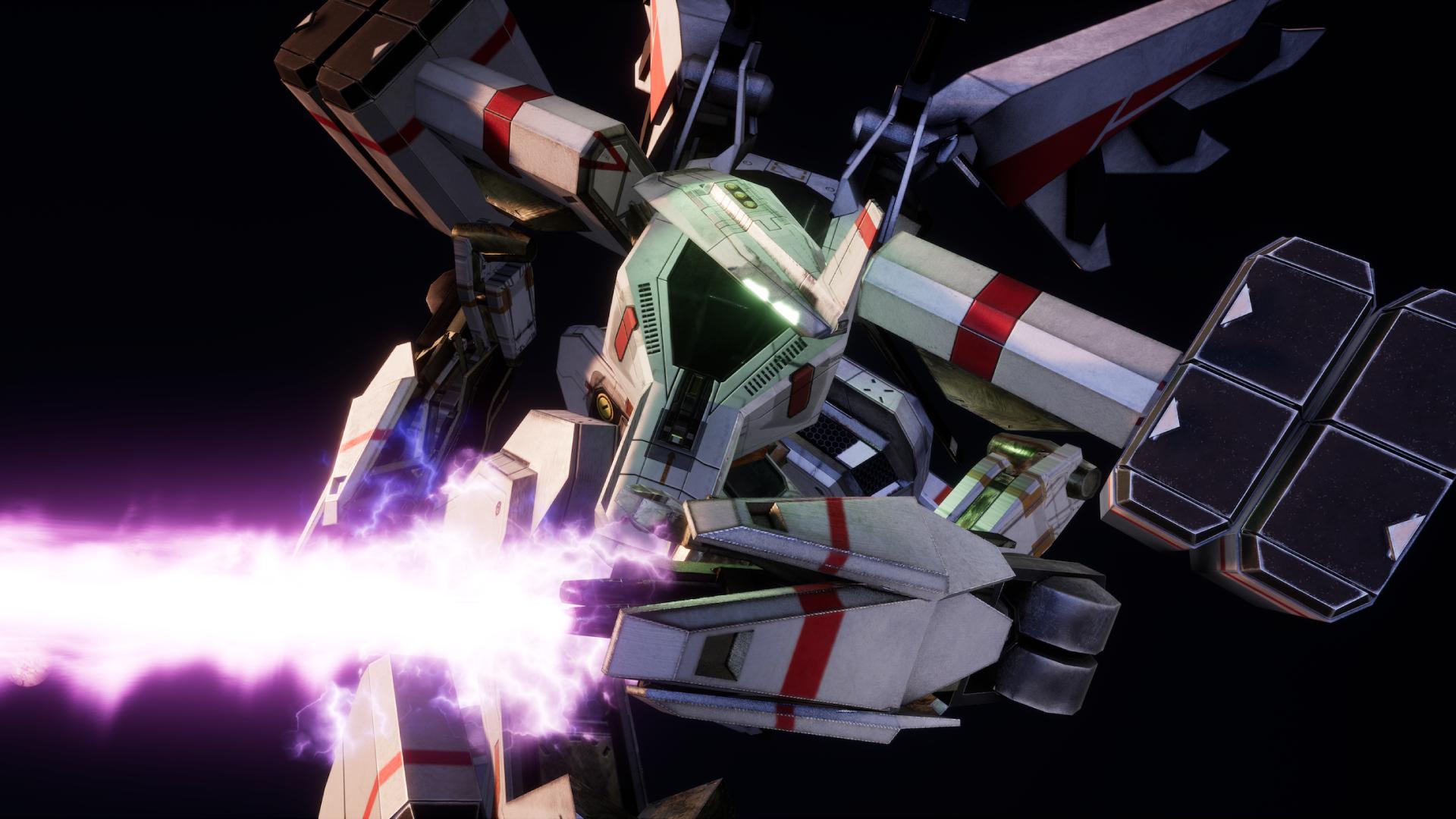 Project Nimbus: Code Mirai has some wonky controls, but barring that it’s a frantic paced shooter where you’ll need to dodge missiles and make use of your entire arsenal in order to successfully complete missions. The story becomes filler between action packed sequences, background noise you won’t retain after the cutscene ends, so if you’re looking for an in-depth experience you may want to pass on this one. Project Nimbus may not quite scratch your itch for awesome mech combat, but if you’ve got a free afternoon and can get it at a discount, I say go for it.