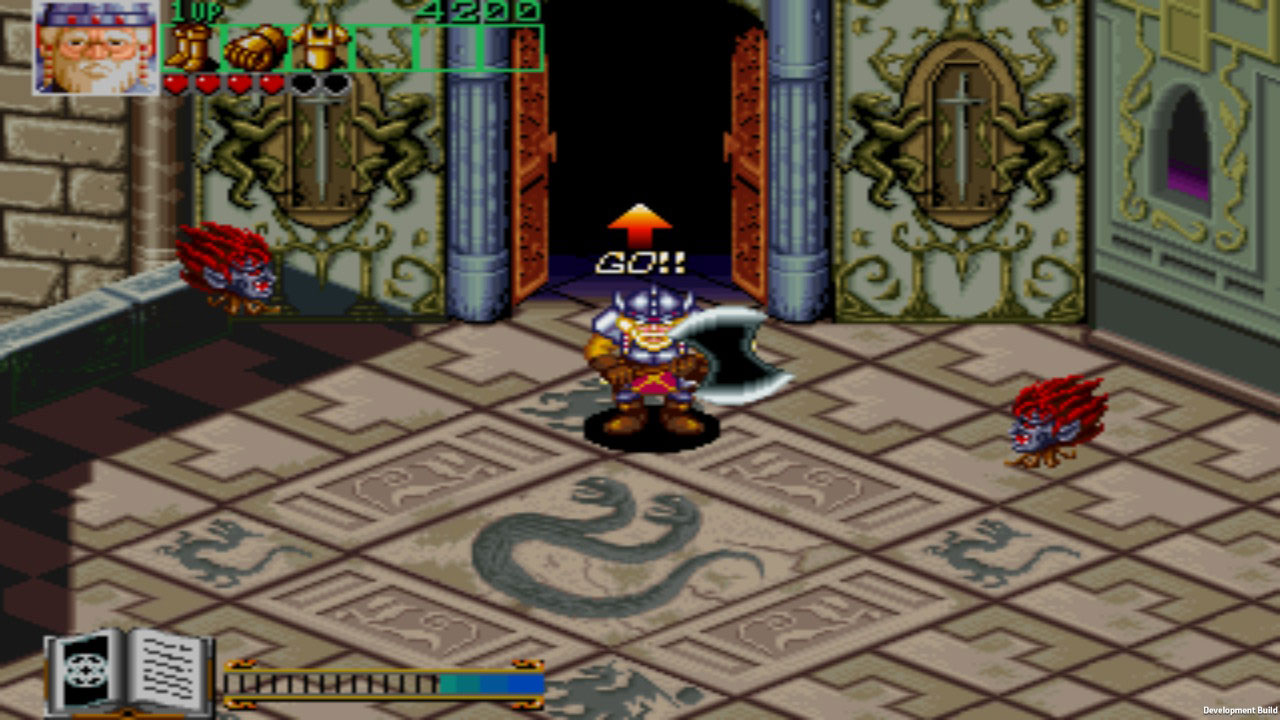 What seems to be most appealing about Flying Tiger Entertainment’s Johnny Turbo’s Arcade series is a modicum of curation. As much as the NEO GEO ports had some quality titles, a lot of Hamster’s approach seemed to be “kitchen sink” in nature. Johnny Turbo has pulled out some titles that are memorable for current and foregone gamers, and it’s played out well on the eShop. Sure, some of them were objectively short and mediocre, but others were terrifically awesome. And, looking back at their first successful port, it seems Johnny is ready to bring the sequel with Wizard Fire.

Wizard Fire is the story of the land of Gaul, where a group of five heroes (known as the Shining Knights of the Wizard Fire) regularly fight evil and keep the lands in check and at peace. Then, one day, some jerk evil overlord named Volov realizes that they can raise a massive army of the undead by channeling the power of the Dragon Shrine. The only catch is that they need to murder one hundred and one innocent people to essentially unlock the key to the shrine. Wait, did I say catch? I meant perk, because these are some old school, chaotic evil villains. The game starts with the heroes stumbling upon the razed village where one hundred and one bodies now lay. Incensed, the heroes decide that maybe an army of the undead is a bad thing, and that over one hundred murders should probably be punished. And thus the game begins! 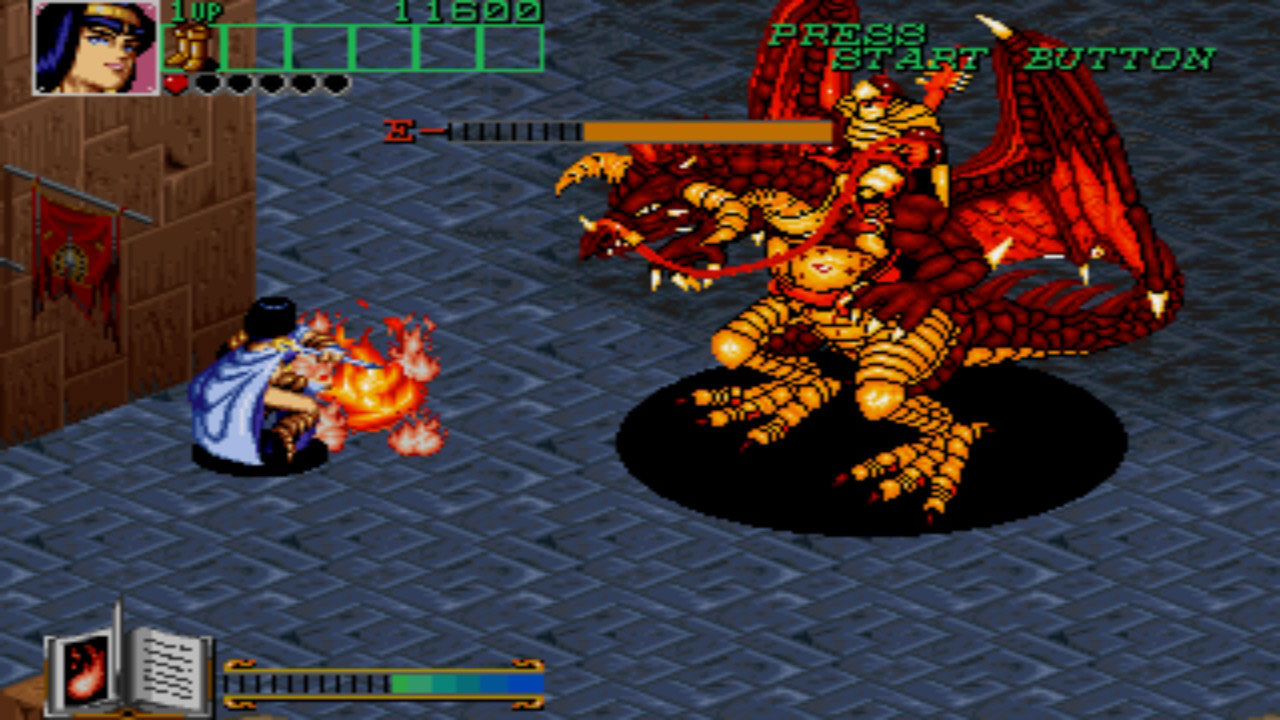 Wizard Fire is a spiritual sequel to Gate of Doom in that they share a similar approach in presentation and action. You walk around an isometric landscape, doing battle in real time with some action elements and some very, very light RPG moments. I feel like RPG was slapped on here because there’s magic, and, at the time, Data East didn’t know how else to classify it. But, honestly, Wizard Fire plays like any other good arcade brawler at the time: the longer you stay alive, the more powerful you are, and you can kick some unbelievable ass by the end of the game if you haven’t died and dropped some of the goodies you found. You have a single button you mash to attack, a charging magic meter that enables you to cast a polymorphing spell, and there are treasure chests that give you augmented skills, like walking faster or hitting harder. Also like Gate of Doom, you can choose one of five heroes, each with a different passive ability (resistance to poison, faster walking) and, like Gate of Doom, being the Knight is the only way to solo the game.

There are some improvements to Wizard Fire, however, and they should be noted and respected. For one, the aspect ratio is significantly better: far from feeling stretched out, Wizard Fire feels like it utilizes the widescreen approach and fills accordingly with extra scenery and, in some cases, enemies. The isometric perspective is slightly different, but this actually allows for a better viewing window and overall angle of the game. And the orientation of the HUD has been mixed up, affixing everything to the top and bottom of the screen instead of running top, side and bottom. Gate of Doom sometimes felt like a CNN broadcast with everything going on with the screen. Thanks to Wizard Fire, everything is better spaced and placed, giving you a wider window into your own world.

The strategies and attack patterns, sadly, don’t feel like they’ve changed, and only a quick glance will show you that some enemy sprites have been blatantly recycled with no effort to mask them up or give them a new visage. While this shouldn’t bother me too much, this was a time when arcades had the lion’s share of the power and players, and home consoles were still laughably pixelated. Gate of Doom had been a big success, so there was probably a loyal fanbase who couldn’t wait to try this new game, and I don’t know how they must have reacted. Part of me thinks “if it ain’t broke, don’t fix it!” applies well, and the other part thinks that seeing the same weird, spiky mushrooms attacking you must be mildly annoying. In any case, if you liked Gate, then Wizard Fire would be more of the same with some minor improvements. 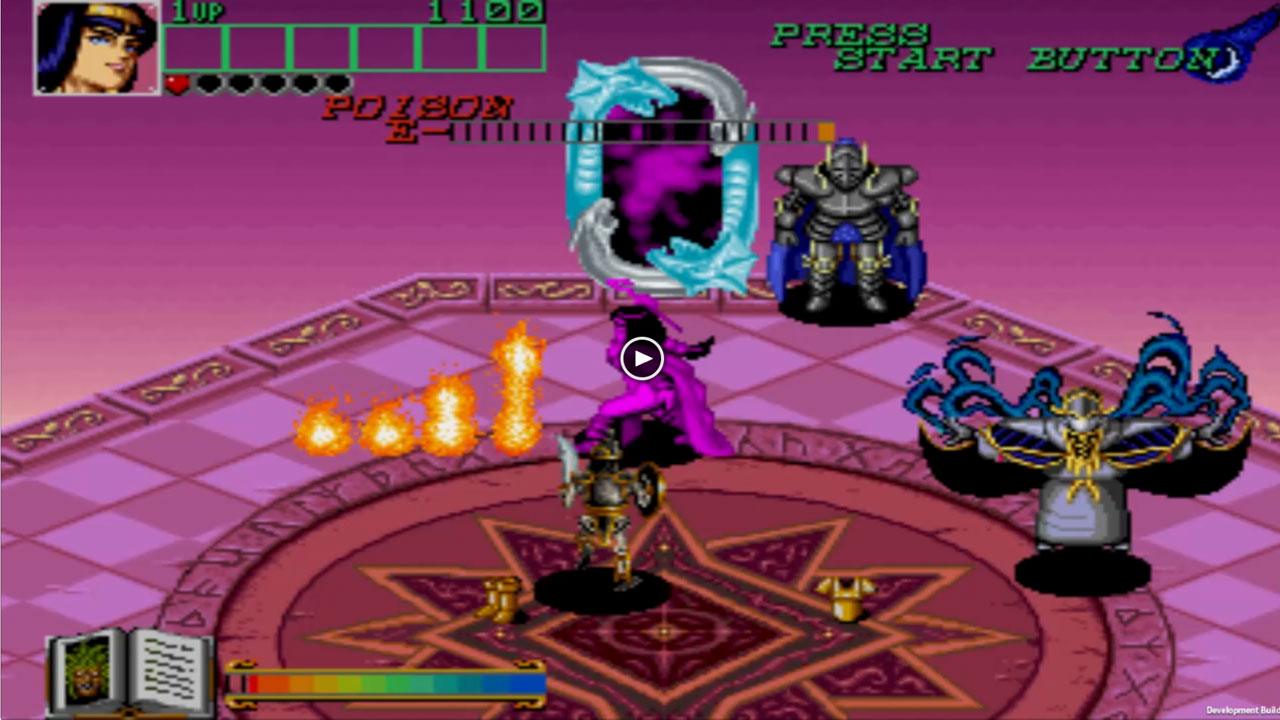 I do have to note that the cut scenes between the action are voiced, and holy hell is that a bit of a trip. First of all, the artwork is just on the cusp of anime, reminding me of a low budget Lodoss War knockoff, but not in a bad way. However, the technology to properly emulate voicework just wasn’t there yet, and the effect is both hilarious and horrifying. Imagine, if you will, a group of friends doing a tabletop session in a garage, let’s say somewhere in Milwaukee. The friends love to play and to give each of their character’s voices. One of the players has a younger brother, who is a dick, and records them playing from outside the garage. So now you have a group of teenagers, yelling in oversold fantasy voices, recorded in secret by a ten year old with a Talkboy from behind an aluminum door. That’s what we’re dealing with here in Wizard Fire, both in terms of clarity and dramatic delivery. It’s something to behold.

I support Flying Tiger’s choices, and Wizard Fire is fun, if somewhat too familiar. The action is decent, the bosses have clear patterns, and it’s just on the edge of being something that gets repeated over and over across the internet. If you’ve got a few bucks on your eShop account and want a fun romp with a friend (two player mode is best), then you can have a good weekend with Wizard Fire. Just don’t expect it to hold up against Xenoblade Chronicles.