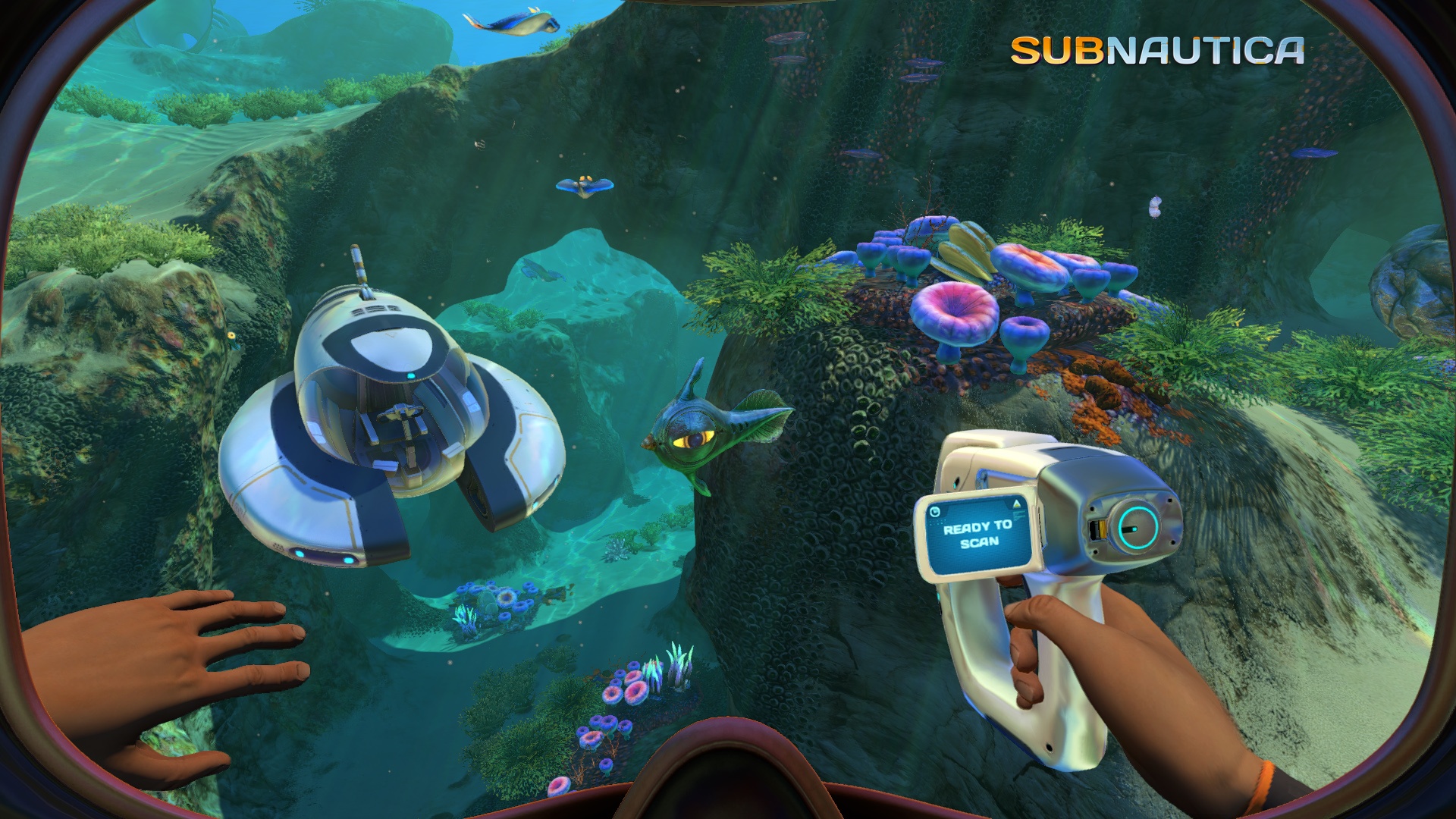 Back in the early 2010’s survival games were all the rage. Minecraft was the number one game on the market, and Steam would become a home to a brand new game of the genre, seemingly every week. But just as with every genre or an archetype, the survival games have quickly cooled down, and with time they have become just as niche as the once red-hot rhythm games, and indies. But fortunately for some, the decline in popularity did not deter developers of already existing titles at all, as the current generation of consoles allowed them to port the once PC only titles to both Xbox One, and PlayStation 4. And while The Forest was the biggest survival release to date, then unfortunately it will not hold that title for long, as the fast approaching Subnautica will swiftly knock it off of that very pedestal.

It may seem a little brash and presumptuous to state pre-launch that one game is, and will be better than a title which many had a chance to play already. But after spending hours upon hours with both The Forest, and Subnautica , I feel really confident in saying that the latter is simply better in each and every way imaginable. And this mostly stems from the fact that Subnautica simply feels and plays like a premium product, as it is devoid of all the quirks and imperfections which The Forest was plagued with. And sure, it could be argued that the lack of any object clipping, or shambolic hit detection can be attributed to the fact that Subnautica takes its place in its vast majority under water.  But this marine themed survival game, despite of its setting features its fair share of contact based exploration and other activities, and those outshine all the other current gen survival games – quality wise.

In many ways, Subnautica simply doesn’t feel like an indie product. And sure, it is not an AAA title either, but in its scope and execution, it really stands out from the crowd. And it is easy to see that the studio behind it has invested a lot of blood, sweat, and tears into its brainchild, as from the core game design, all the way down to the artistic execution, everything appears to be ‘air tight’. But what I appreciate the most about this particular game, is the fact that it is incredibly accessible on consoles, as it is completely devoid of all the cumbersome and archaic, storage and crafting mechanics which are inexplicably common in other titles of the genre. 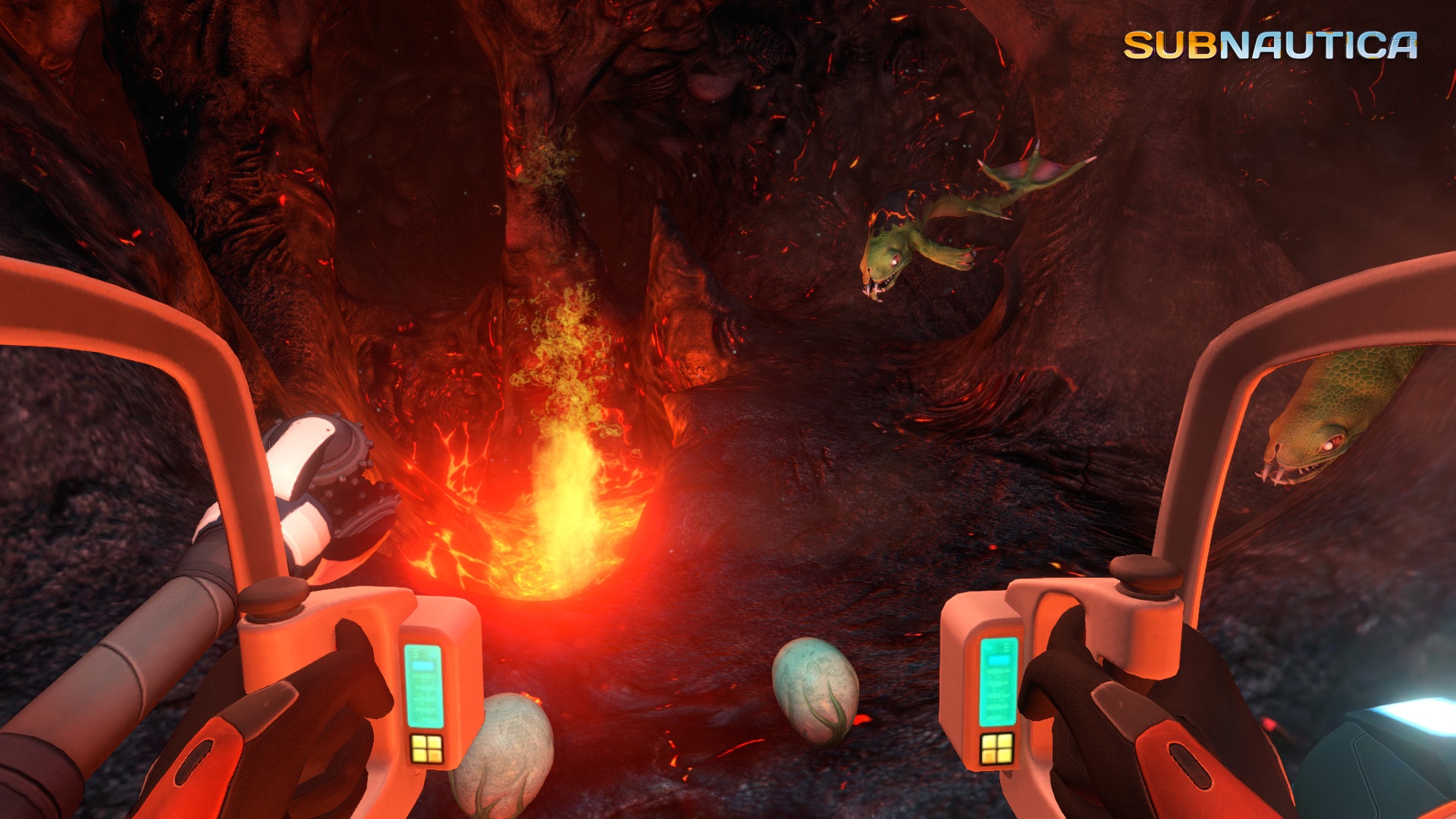 At its core, Subnautica features the now go-to Call of Duty’esque control scheme, which tends to be a rarity in this type of games, as many developers struggle with adapting it correctly. But fortunately enough, Unknown Worlds Entertainment has managed to outperform other developers by leaps and bounds, as it has not only implemented the above mentioned control scheme perfectly, but it has also adapted its title’s mechanics to it in an impeccable manner. And this has subsequently resulted in incredibly smooth and free-flowing gameplay, which doesn’t over encumber you with needless mechanics and features.

When it comes to survival based gameplay, Subnautica is simply as good as it gets, and quite frankly no other game, this gen or even previous, comes anywhere close. And this is because the studio behind the title has simplified everything that we hate about survival games, without sacrificing the genres inherent complexity. And you can still scour, scavenge, survive, craft, and build, but you don’t have to do that while hopping from one menu to another hoping, that it will have exactly what you need in order to make some progress. And this is in a way a jab at the recently released The Forest, which featured an abundance of menus, which were so convoluted and overcomplicated, that they would take away your will to leave in mere minutes.

Some may be upset after hearing that Subnautica is not an 18thcentury trapper simulator. But those will be rejoiced once they find out that Subnautica, features a plethora of difficulty settings which range from unforgiving survival, to creative exploration. And this means that if you are a sadomasochist who likes to watch his/her hunger and thirst meters deplete, then Subnautica allows you to do so. But if you are like me, and have neither time nor patience for consumables scavenging, then you can pick a difficulty opposite to the one above, and play the title at your own pace and leisure, without some flashy meters and bars hounding you 24/7. 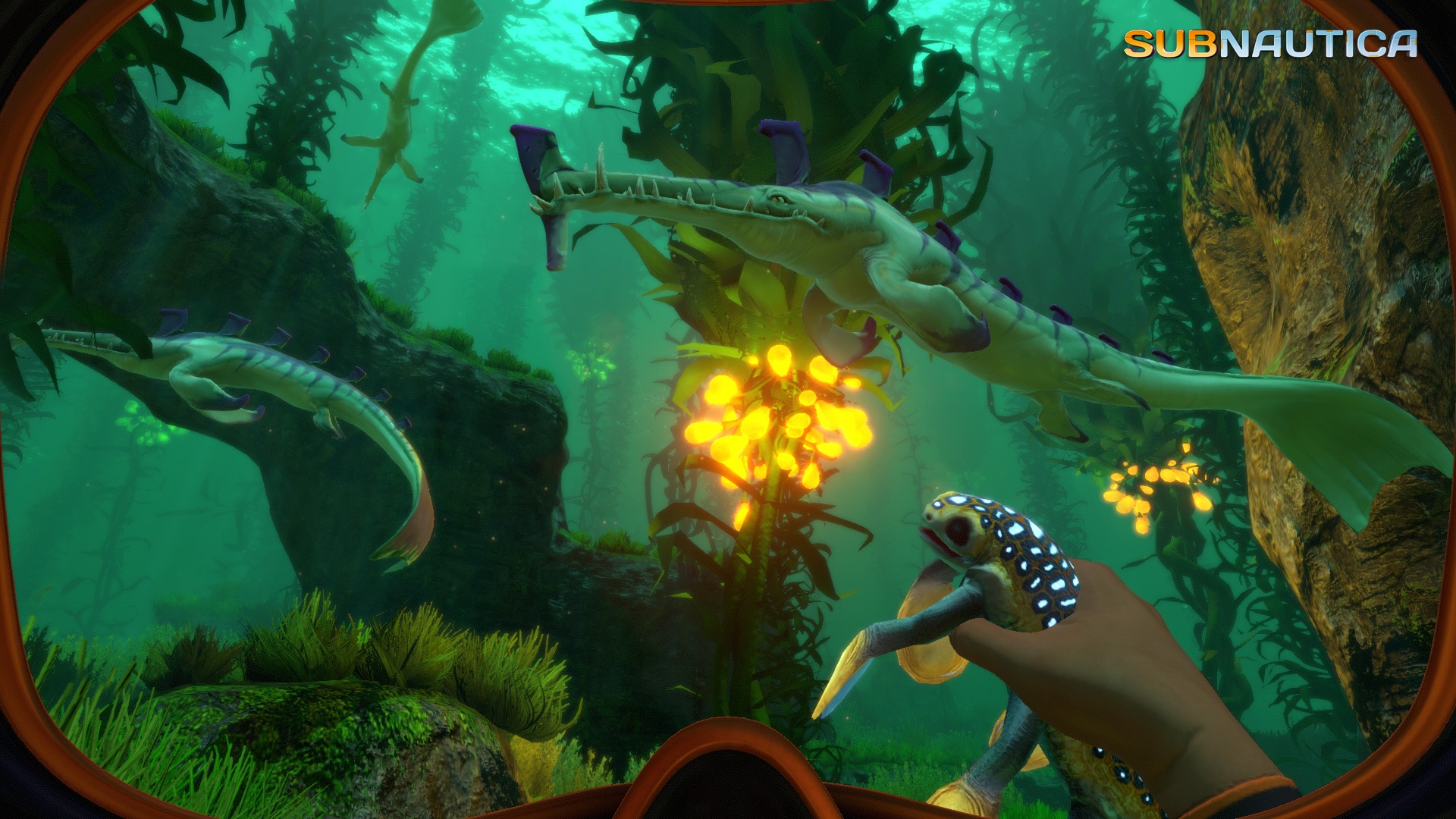 Subnautica is in many ways a perfect survival game, because as far as the core game design and gameplay go, it is simply second to none. And what makes those even better, is the fact that they are both supported by an interwoven narrative, which works as a proverbial carrot on the stick, as it gives you goals and objectives, which in turn give you then necessary motivation to press onwards. However, just like most games it is not perfect.  But its flaws, unlike its high points, are few and far between, and they are mostly reduced to the title’s technical performance, which could have been better.

While playing Subnautica, you will never encounter sudden frame drops, or a full-on PowerPoint, slide show display. However, the title does appear to struggle with rendering the world on the fly, and at times, when you emerge from the depths of the see, after minutes of underwater exploration, you will be faced with a significant hitch, which at times can last even a couple of seconds. And this issues appears to be limited to night time exploration, and it seems to be somehow related to the in-game helmet overlay, as when the title hitches itself, the overlay disappears half way before it, and then completely once the occurrence comes to an end.

Subnautica could easily have been the very first 10, that I have ever given out to a survival game. As in many ways, it is the very best that the survival genre has to offer. And while it does escape many of the genre’s stereotypical trends, it does share one common thing with title’s such as The Forest, and the now somewhat forgotten Day-Z. And it is namely its underwhelming performance, which can be incredibly obnoxious, while not being consistently disappointing, But even with all the hitching and jagging taken into consideration, Subnautica is still the best survival game that you can play on all modern platforms, and this includes, PlayStation 4, Xbox One, and PC.

Subnautica is the very best that the survival genre has to offer.