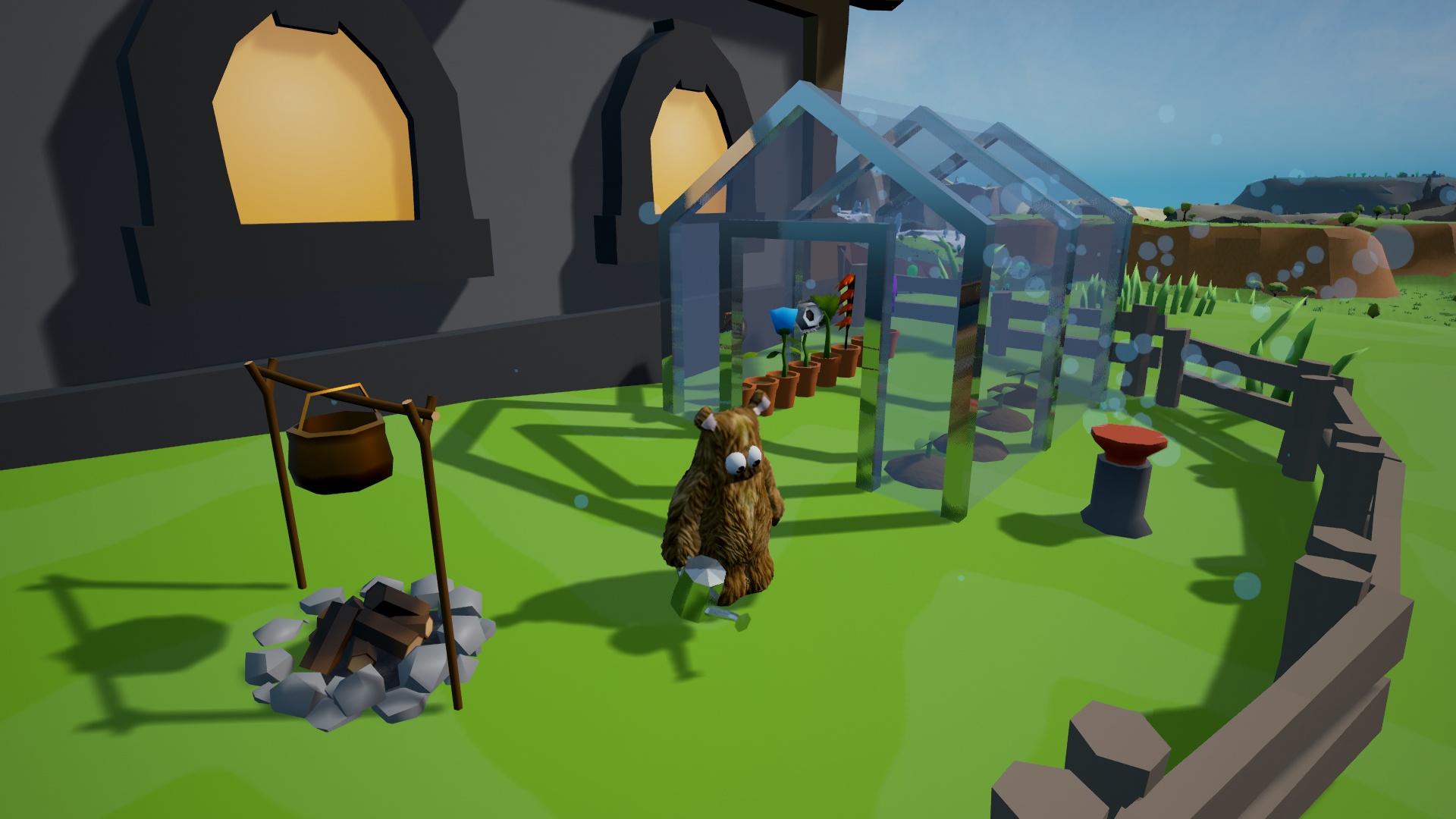 There was a time, a few years ago, where a lot of people were able to rejoice with all sorts of different takes on the survival genre, but around one or two years after that, there was pretty much a general discontent with the genre, as everyone was seemingly trying to cash-in and the market became saturated. Fortunately, that is in the past, and nowadays there are very few games that have survived that initial wave of survival games, and even fewer have managed to come out in recent times and provide a unique and interesting experience.

For some reason, I can’t shake the feeling that Wrongworld has been overlooked by a lot of people, either because it did not have the press coverage I think it deserved, or because of its simple looks. Either way, I guess I could say that I was part of that last group of people, but when I randomly noticed the great amount of positive feedback that the game had, I had to try it myself.

In case it was not obvious, Wrongworld is a survival game with a strong emphasis on crafting and resource gathering where you play as what seems to be a bear. After crashing on a random planet, you not only have to fight for your life, but you also need to fight in order to muster whatever you need to in order to escape this forsaken rock. Every new game will result on a new island generated at random, that features a series of different biomes inhabited by unique weird creatures, and each one of these zones and creatures holds some kind of resource that you will require sooner or later.

The core gameplay of Wrongworld focuses on resource gathering and crafting. As it is usual with survival games, you will start with nothing and the first things that you will be able to craft will be primitive, like axes, shovels, and pickaxes made out of wood and stone, but as you keep exploring the island and as you gather new resources, you will be able to expand your initial set of blueprints. Some things can only be crafted when you are near to a crafting station, like a workbench, an anvil, or a cooking pot, and these pretty much represent the major breakthroughs that you will experience in order to unlock a bunch of new things to craft. 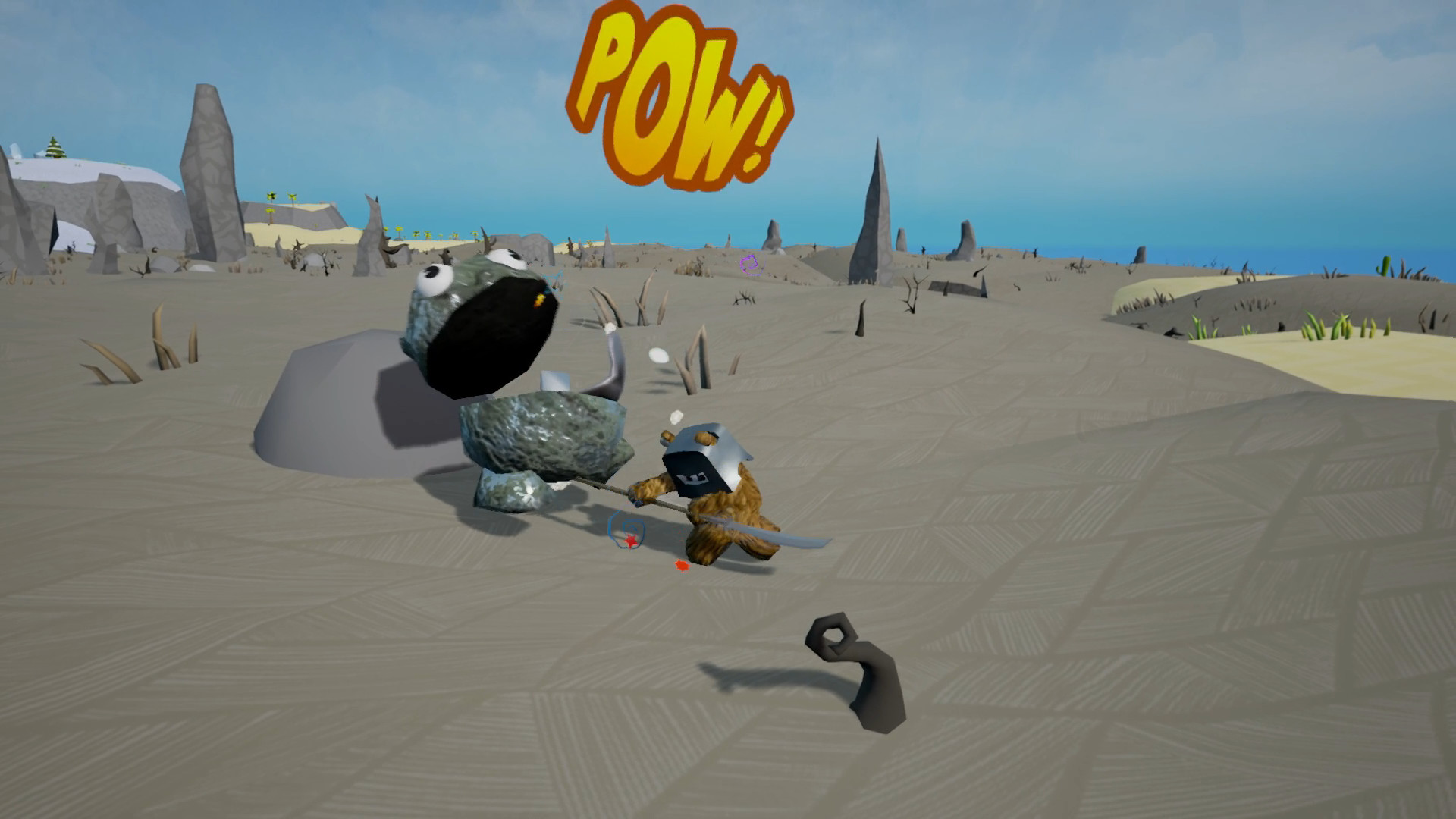 I must say, as far as crafting goes, the game really surprised me. While at first you start out with pretty limited tools, such as axes, shovels, pickaxes, staffs, and all that sort of stuff, you will eventually get the ability to craft electronic parts from your workbench. After this point, you have access to things like a chainsaw, a pneumatic drill, even a jetpack, sprinklers for your crops, as well as few other things that I will not spoil for you.

Given the fact that this is a survival game, the game has the much-needed hunger meter, which is constantly diminishing, and if not kept in check, it will drain your health. This brings up another thing, which is healing, and this can only be done by eating, but you only heal a very small amount every time you eat, and food is not necessarily abundant, so you have to manage your resources and your time carefully. Speaking of which, the game also features fishing, and crop farming, which are extremely effective ways to get food when compared to looking around for some creature that you can kill for just a few slices of meat.

In case you have been wondering, the controls in this game are pretty simple, and the game itself is extremely straightforward, which is most often not the case when it comes to survival games. When you start your first game, the game has these tips that pop up at the top of the screen that indicates what each key does what, which really helps in getting a quick grasp of the game controls. Moving and looking around is handled by W, A, S, D, and the mouse respectively, while the left mouse button is used to attack, and the right mouse button to interact.

Resource gathering also could not be any simpler, all you have to do in order to collect resources is hold down the right mouse button, and you will automatically move towards any nearby resources and pick them up, and in order to chop down a tree or mine a rock, all you have to do is center your camera on it and press the right mouse button. With that said, if you find yourself trying to pick up a specific item from somewhere where there is quite a bit of loot on the ground, you will probably find it hard to pick up the item that you actually want. Likewise, with a simple press of a button you can bring up your inventory and crafting list, but I have to say that I think that the inventory is rather small, which is somewhat annoying at first, until you manage to increase its size by crafting upgrades. 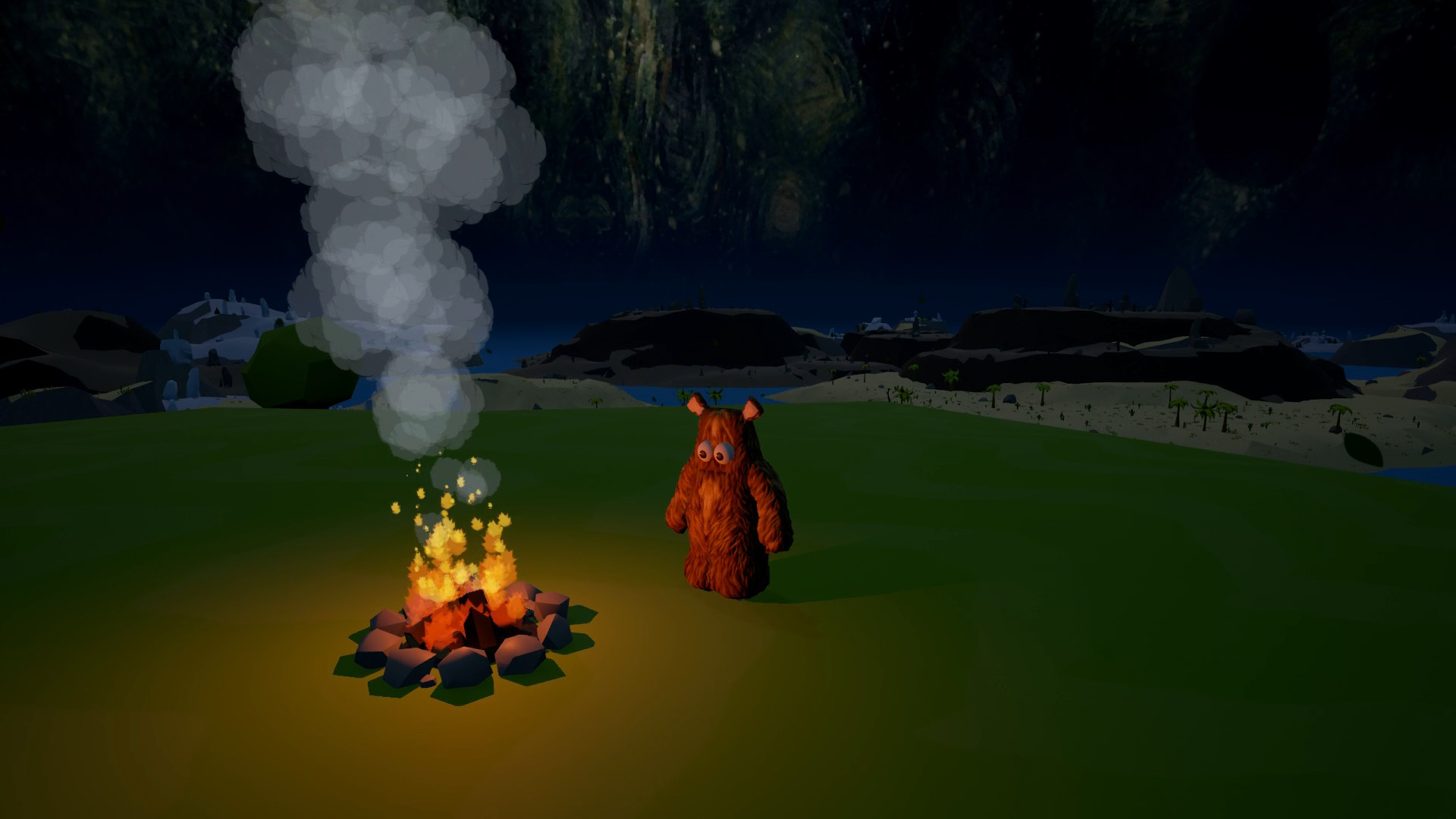 While combat is necessarily the main focus of the game, the combat system in place is simple enough but gets the job done. Thanks to a lock-on feature, all you have to do is use the mouse to issue a basic attack, but you can also dodge in order to avoid enemy attacks. However, dodging feels very inconsistent, as sometimes you end up jumping to one side or the other, instead of just rolling the way you wanted to. Personally, I have found the combat to be rather easy, and most creatures do not really pose much of a threat unless you are dealing with a group of them. Still, you should always be careful, because once you die it is game over and you have to start all over again.

If there is one thing that I am not really a fan of in Wrongworld, that thing is definitely the UI. While at first I did find it functional, once you start unlocking more and more recipes, everything seems to be crammed in the same place, and it would also be nice if the game would highlight the items that you could craft right away, as there is no way of telling what you can craft at any given moment, unless you manually check if you have the resources required. Also, tools do not have a durability indicator, which is particularly bothersome when you leave your camp in search of resources and one of your tools just ends up breaking. Some could argue that you could bring extra tools just in case, or at least the resources to craft the most basic ones, but this only aggravates the initial nuisance that the limited inventory is.

At the end of the day, while the game is certainly quite appealing to someone who is a fan of survival games, I do not think that there is much incentive to play the game anymore after you beat it, and the game starts to feel repetitive over long gameplay periods. Notwithstanding, Wrongworld features a strong gameplay loop, a funny world and setting that fits nicely with the game’s mechanics, and, for the most part, it is just plain fun. Despite the simplistic looks, the game’s dynamic day and night cycle, as well as a weather system, combined with dynamic lighting and shadows, provide a pleasant variance of scenery and colors, especially the night sky. Also, while the game does not have a real story in the strict sense, meaning that there is no dialogue, the game still holds some humor, mostly in the way that different creatures act, or what kind of sounds they make in certain occasions. Given the game’s price, I think this is a solid purchase for fans of the genre.