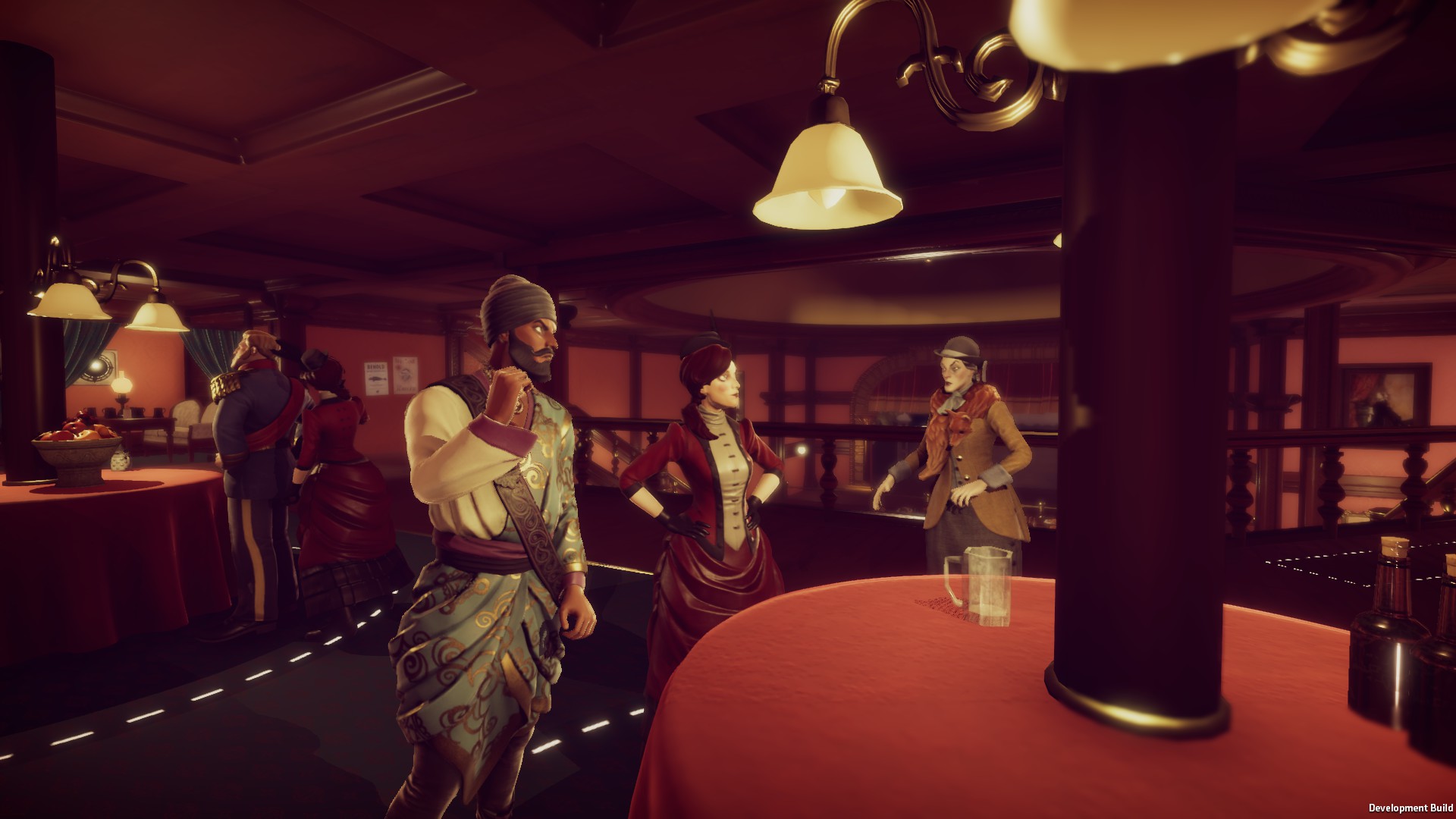 Murderous Pursuits is an Action and Strategy game hybrid that uses a kill-or-be-killed style of competitive gameplay. A true Multiplayer experience, Murderous Pursuits allows 1-8 players to steal into Victorian London via a cruise ship in search of their target. Released on April 26th, 2018, by Blazing Griffin, this Mystery title pits players against each other, the environment, somewhat wonky controls, and even A.I. opponents in a quest for bloodshed. From the same studio that brought us The Ship, fans of murder mysteries might want to take a closer look at this vintage game of fatal cat ‘n mouse.

Like its predecessor, Murderous Pursuits tosses players into the role of a character aboard a fancy-schmancy cruise ship. The gameplay is fairly simple: hunt down and murder your randomly assigned target each round, without getting caught by the person hunting you, and generate points. The player with the best score at the end of the rounds is the winner. Unfortunately, the targeting system leaves something to be desired, and even though Murderous Pursuits has an intensive tutorial novel of explanations and instructions, the gameplay is cumbersome and confusing to start. A variety of weapons are scattered around the map, each with a different numerical value; the more often you use an object, the less points its worth for a kill that round. The trick is to observe the A.I. characters wandering around the ship and mimic their movements; running, moving around erratically, or pulling a weapon are all dead giveaways that you’re a player instead of A.I., which can alert both your target and the hunter coming after you. 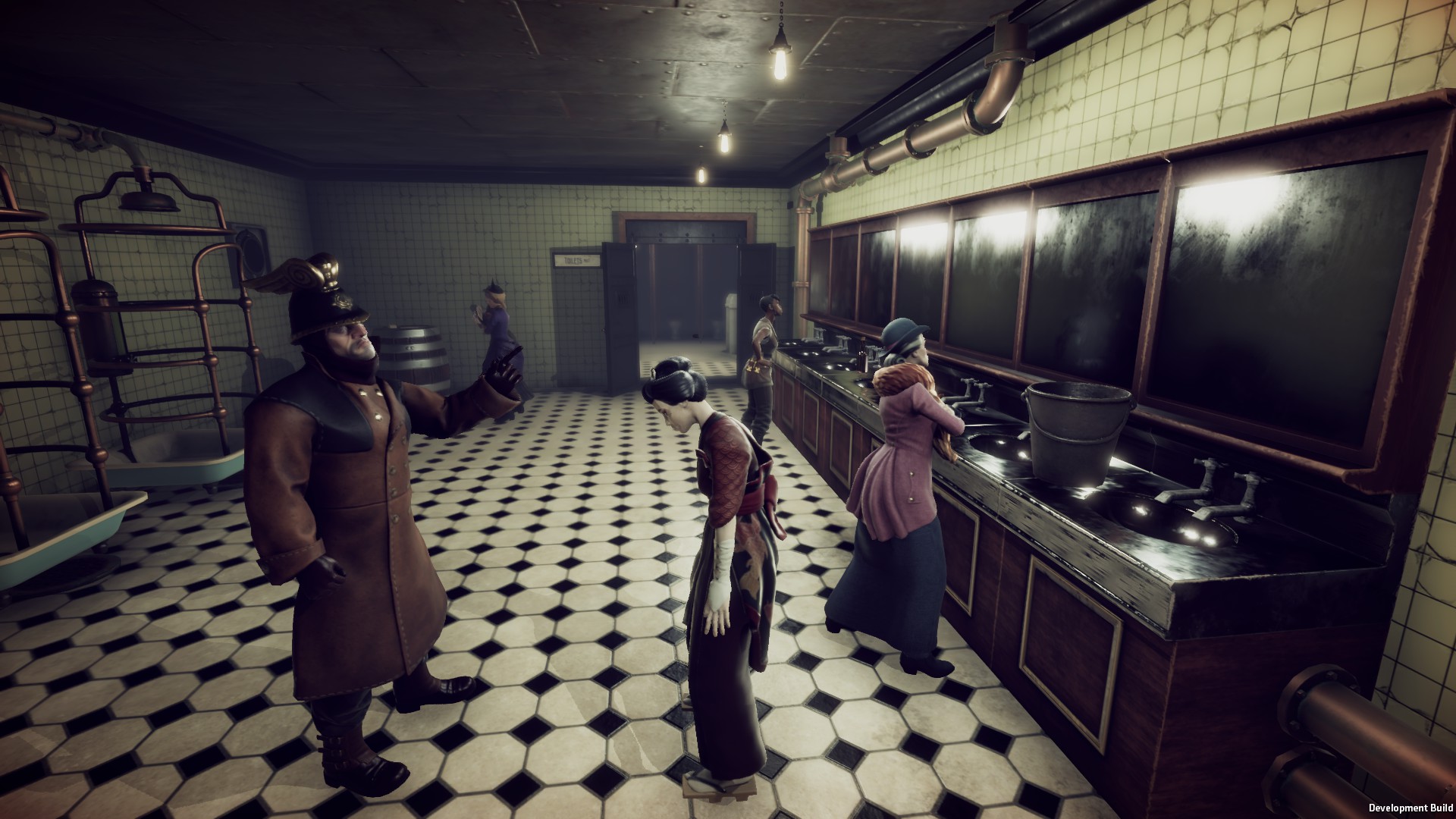 There are difficult abilities that players can equip to help thwart their adversaries, and each has specific applications and its own unique learning curve. Players also get to choose between numerous characters and can unlock new cosmetic options as they progress. The art style is very fitting for a cartoonish Victorian world, and I enjoyed the level of detail that the ship has, wandering from room to room to admire the location, rather than looking for my opponents. There are NPC “guards” who will capture and imprison players if they see them take an aggressive stance. This isn’t limited to murder – just pulling your weapon is enough to land you in the slammer, a la The Ship and its style of enforced justice. The trouble is that the guard’s behavior seems a bit erratic, as does their observation levels; at times I was certain I was out of sight when I pulled a weapon, only to be apprehended out of nowhere by a guard I didn’t even see.

There is also no ability to have Co-Op interaction in the Multiplayer mode, whereas teams would have been a fun and interesting take on this murder free-for-all. That’s not to say that players aren’t using programs like Discord to cheat; in fact, it’s very easy to help a friend look for their target or hunter if you’re using voice chat, something that the game can’t quite diminish in its current state. The price tag is also rather high for the polish and replay value; a few hours of senseless murder can become tedious rather quickly, and to be honest, I haven’t picked Murderous Pursuits up again after my initial play-through for the purpose of this review. 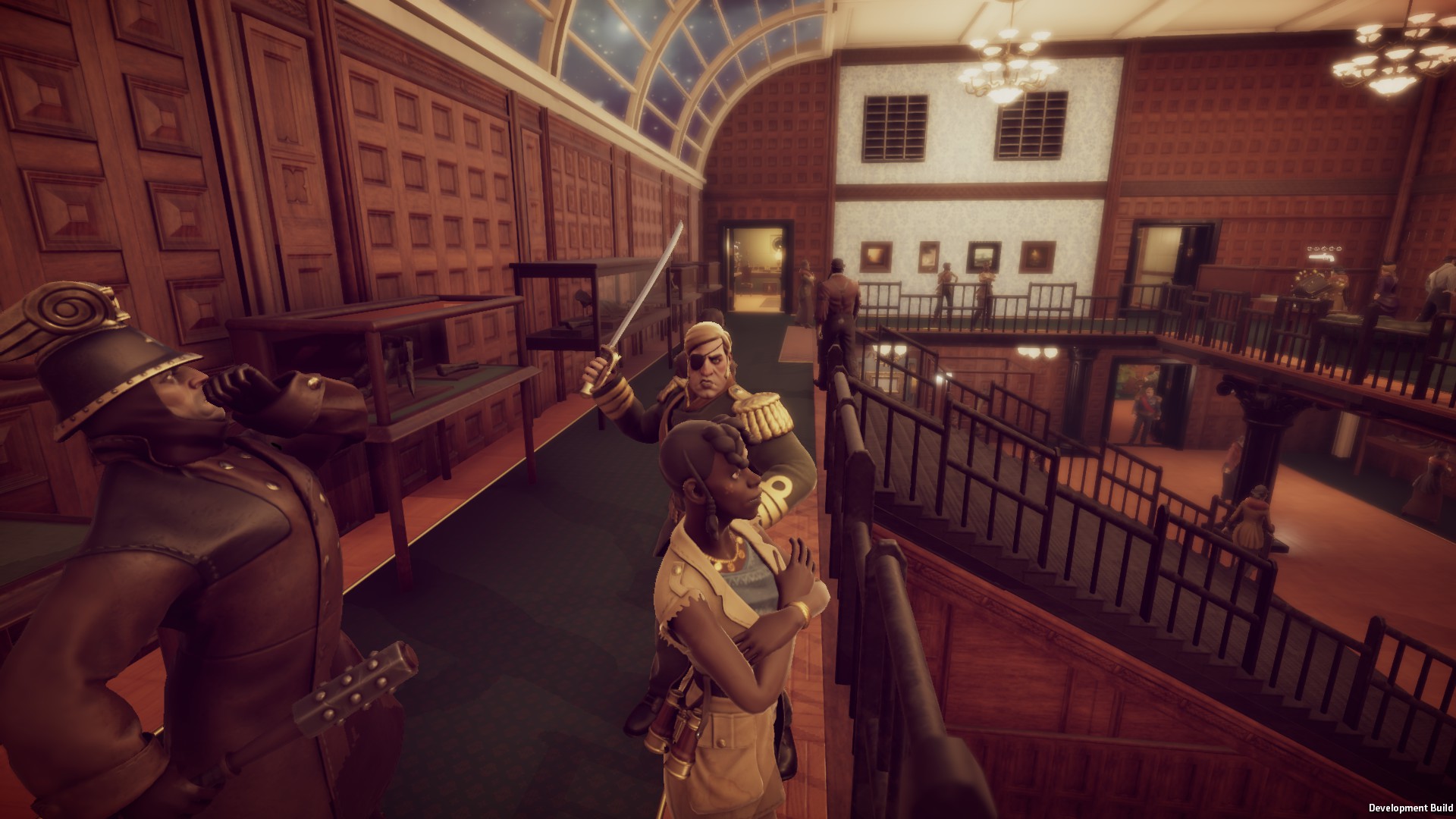 As a fan of The Ship– both the original, and its remastered form – I was very excited for Murderous Pursuits. Unfortunately, it feels like a lot of the elements of the original game that worked well are missing here, and this new addition to the Blazing Griffon library feels unnecessarily complex and redundant. The most important features are buggy and frustrating to learn, making the cat ‘n mouse aspect less enjoyable than just wandering around a Victorian landscape. And while the music, art, and animation are all solid and obviously improvements from what The Ship originally featured at launch, it isn’t enough to make up for the reduction in sophistication and amusement as far as the actual gameplay.

If you’re a fan of Mystery genre antics, Action titles, and especially Multiplayer interaction, Murderous Pursuits might be a worthy addition to your Steam library. However, I would caution interested players to pick this one up on sale; the price tag is simply too steep for this quality of gameplay.

If you’re a fan of Mystery genre antics, Action titles, and especially Multiplayer interaction, Murderous Pursuitsmight be a worthy addition to your Steam library.