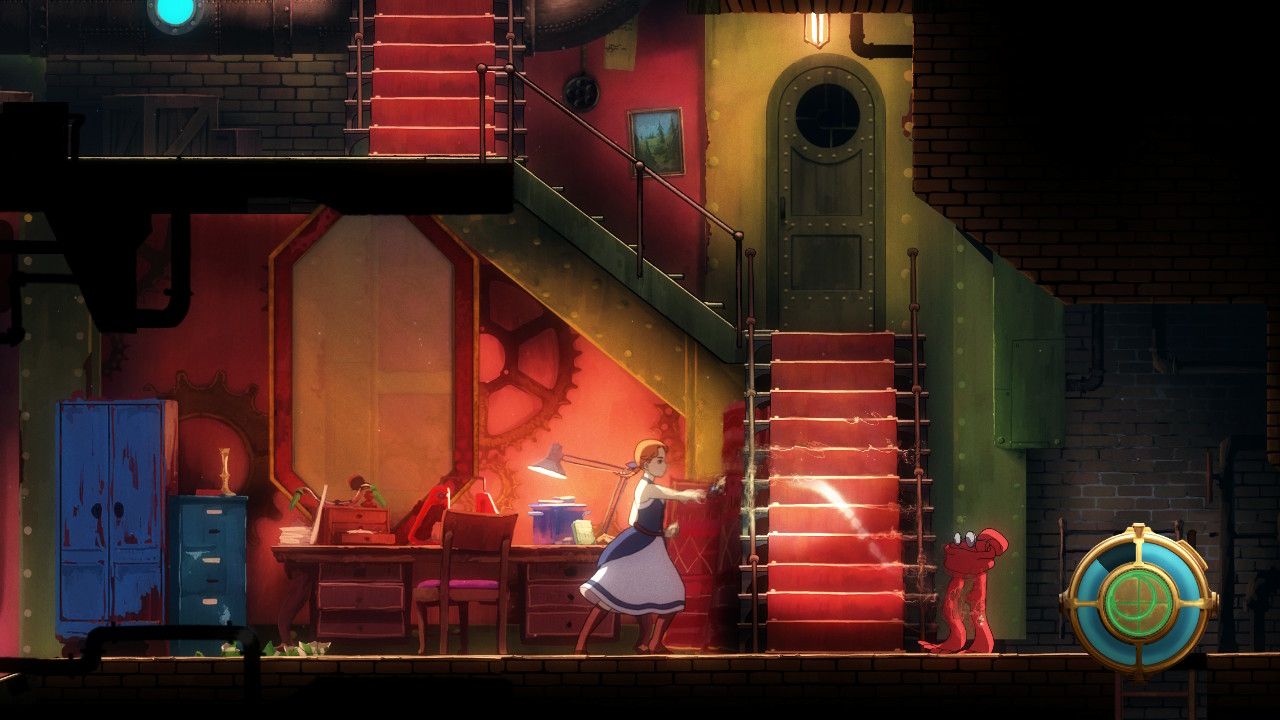 What can be said about the world that exists beyond our current visage? There’s such a curious philosophical enigma in deciding if the world is as real as we see, if it stretches beyond the horizon and out into infinite, or if it just vanishes the second it leaves our thoughts. Babies have this very real problem for the first few months of their lives, in which whatever they cannot see must be lost and gone forever. But what if that were true, in a sense? What if what was misplaced or forgotten simply went away, only to appear in a new realm? A place where everything – socks, blankets, mannequins, even applicants – went when their owners had left them alone too long. And those things miss you, desperately, and want only to return. This is the core premise and delightfully existential crisis that’s wrought in Forgotton Anne, the newest addition to the Square Enix Collective.

Anne is our main character, a very rare and special child: she was forgotten, and, as such, has ended up in the Forgotten Lands, where all the aforementioned objects have gone. Now called Forgotlings, everything has a life here, and they use their energy to make a society for themselves, complete with jobs and purposes. It’s a sprawling land, because, after all, much has been forgotten. But Anne and the only other human, Master Bonku, have concocted a grand idea: the Ether Bridge, a massive portal that will create a gateway back to the real world and grant every single inhabitant of the Forgotten Lands a second chance at life. However, there are some who would reject this idea: after all, they were forgotten, why would they want to return to their abusive, neglected lifestyle? These rebellious Forgotlings seek to sabotage the Bridge and prevent the return to home. As the Enforcer of the society, Anne seeks to put an end to their attacks and ensure the Ether Bridge’s success, but, as she soon finds out, there may be some dire and cataclysmic consequences to their plan. Anne will be forced to decide between the fate of all her friends in the Forgotten Lands or her own happiness, for whatever may await her beyond the bridge. 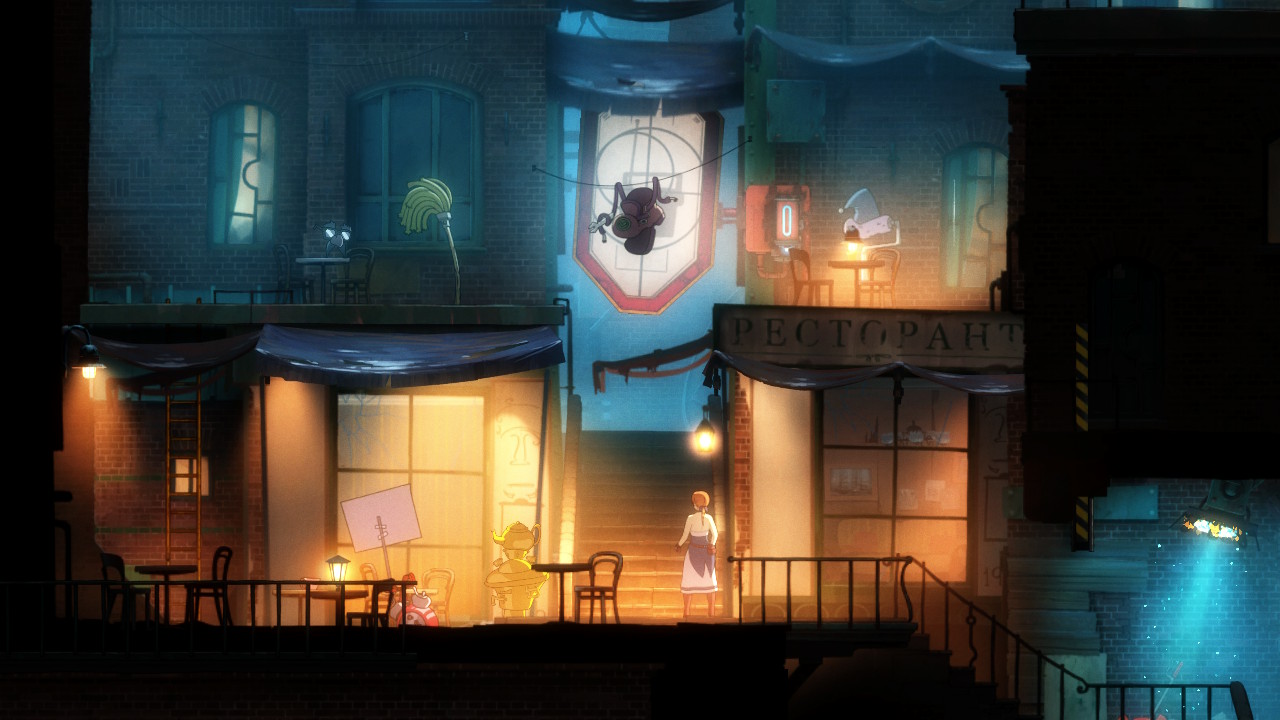 In terms of gameplay, Forgotton Anne is a puzzle platformer of the grandest magnitude. Anne is armed with a few choice items: she early on receives a pair of mechanical wings that allow her to jump high and far in certain places. She’s able to crawl and hang on ledges to reach difficult spots. Most importantly, she’s equipped with a special bracelet that allows her to manipulate Anima, or the energy of the Forgotten Lands. Anima is a very tricky, very controversial source: it helps to power lights and machines, but it’s also the very literal life force of the Forgotlings. Anne will have the ability to absorb that energy from machines and reserve tanks and carry it to other areas, but she can also harvest it directly from some Forgotlings at the price of their lives. This, obviously, is a tricky and incredibly dark approach to things, but it plays well into the strengths of the game, which is to create difficult choices with consequences. After all, you didn’t think a game like this would be straightforward, would you?

As you delve deeper into Forgotton Anne, you’ll interact with pro bridge and anti bridge Forgotlings alike, and have various choices in controlling the dialogue and also what happens next. Sometimes you can stay on the path of the “good guy,” helping friends, covering for mistakes and focusing on stopping the rebels. There’s always the chance to be a rebel yourself, though: maybe you think the stories that Mr. Fig and Bulb (two incredibly polarizing characters who are both pro rebellion) have merit, and you’ll want to help them. Every time you make a choice in the game, you open up new doorways and shut others. Though the game eventually shuttles towards only two different endings, the path that you take to get there can be quite different, and offers a lot of choice in terms of how to approach everything. Best of all, as you play, certain checkpoints in the game will be unlocked, so you’ll be able to go back and revisit certain scenes (like a visual novel) to see what could have been different.

Just from the screenshots, you might be able to tell that Forgotton Anne is a media feast, and you’d be completely correct on that one. Throughline Games has done an absolutely astonishing job of making Forgotton Anne one of the most visually stimulating and awe-inspiring titles that I’ve played in quite some time. Far from being the breathtaking, dynamically massive approach that you’d see in Breath of the Wild or Xenoblade Chronicles, Forgotton Anne is a love letter to beautiful animation from the older anime styles, evoking a lot of memories of things like Galaxy Train 999 or Nausicaa. The cut scenes that spawn up every time there’s a more dramatic reveal or point of story are fantastic, but what makes it really work is the seamless way that it integrates with the normal gameplay. Anne’s running has extra frames and movements to make it truly feel like you’re watching animation unfold. Her jumps, crawls and forward rolls have painstaking quality to it. The way that the Forgotlings move each have quirks and nuances that set them apart, from the slightly stiff movements of Forgotlings with limbs to the flexible and almost bouncy actions of shapeless things, like blankets and socks. The grumpy teddy bear who is the foreman overseeing the Ether Bridge is positively delightful, and his unique movements and exclamations almost feel like he was imported from another game or movie, and that’s when it hits you: everything moves differently in the Forgotten Lands. They may be only things, but they each have their own personalities right down to their ticks. 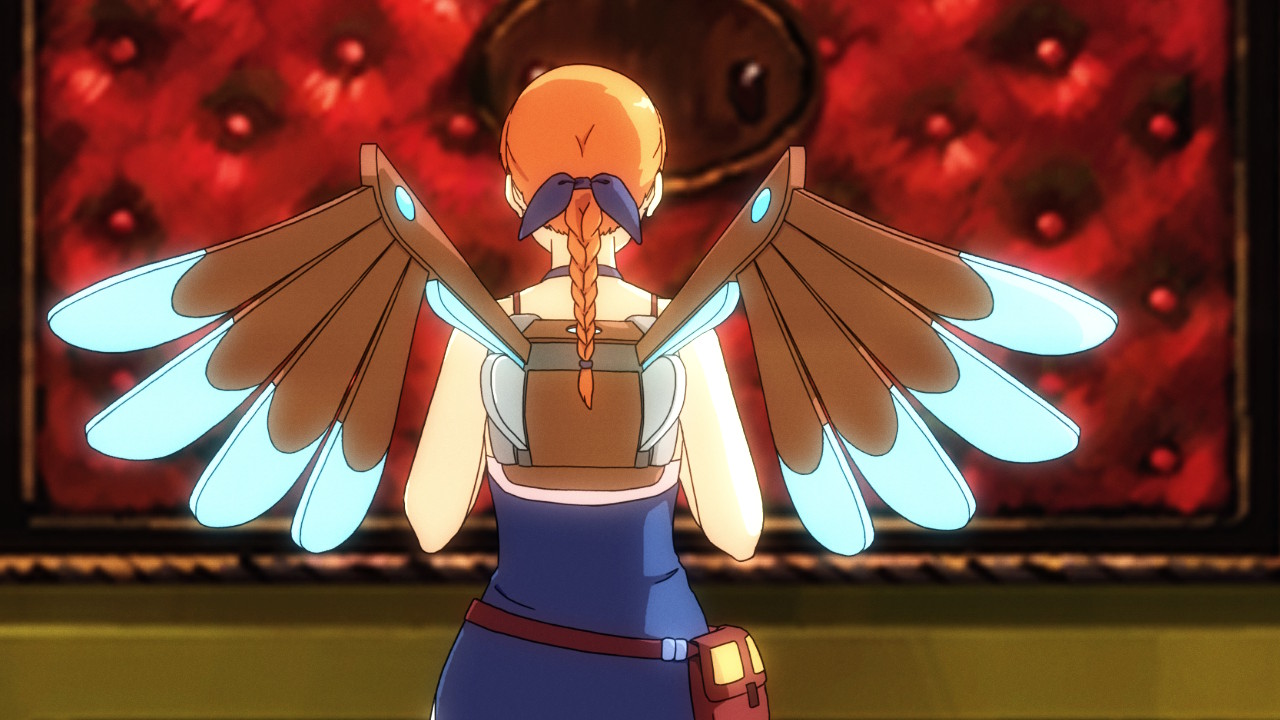 The soundtrack, naturally, is a sweeping, dynamic spectacle of a score, done by The Copenhagen Philharmonic Orchestra, and you cannot ignore the quality of sound and the beautiful choices of timing. Everything, from start to finish, feels like you’re inside an animated movie that is driving towards a very adult and very mature ending, and, spoiler, that’s exactly what’s happening here. You can get lost in the reveals and the way everything ebbs and flows with the very nature of the world. When you first get a large-scale look at the Forgotten Lands during the opening credits, the music draws you deeper into their world, promising a grand adventure and amazing sites to see. When you meet Timpany for the first time (Anne’s best friend and also a lamp), there’s a quirkiness to her music, more jaunty and relaxed than others. When certain characters are found “dead” and Anne learns her true powers, you couldn’t ask for a more emotional build than what the Orchestra provides. It’s only helped along by the diverse and brilliant voice acting cast that gives life and further depth to everyone here. My ONLY complaint is that the sound kept cutting out during certain transitional moments when you’re trying to accomplish certain puzzles, and that seemed to happen more in docked mode than handheld. My guess is it’s my television.

Though it goes on a bit long in comparison to what you’d expect from an animated movie (probably close to seven hours on my end), every second is worthwhile in investing towards discovering everything about Forgotton Anne. The puzzles are pretty simplistic in comparison to what some people might be used to, and, as long as you listen to what characters and Master Bonku ask of you, you’ll be able to follow onto the next area or pick up what you need with incredible ease. This game is not meant to bog players down in trying to master the mechanics or the logic of it all. Forgotton Anne is about telling a story – a gut-wrenchingly sad, beautiful, unforgettable story. Players who cannot live without a challenge or without achievements simply must go elsewhere, because you won’t find that here. However, for those of you ready for something truly memorable, it’s time to find out about the life of Anne.

Irconically, the one word I’d use here is “unforgettable.”