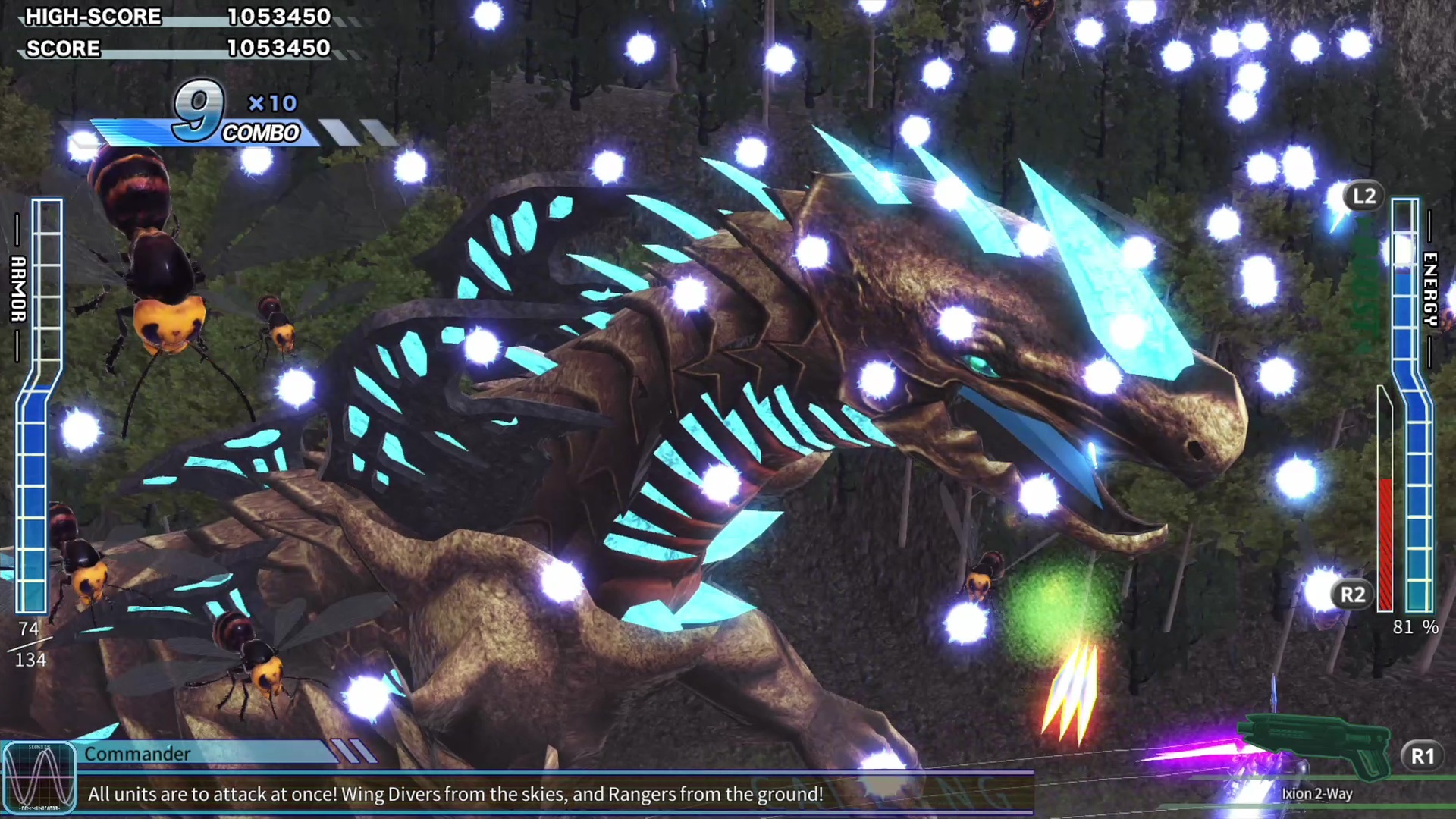 Earth Defense Force has always been niche game. Sure, it’s a third person shooter, but it’s just so, well, Japanese. This is no Gears of War; this is an arcade shooter expanded out and writ large with traditional depth and nuance replaced by excess and scale. It’s always been a slightly shoddy, low-rent shooter, but one with charm in abundance. It’s something equally true of it’s scrappy, occasionally rubbish but still oddly compelling spin-off, the rather absurdly named, Earth Defense Force 4.1: Wing Diver The Shooter.

This classic horizontal 2D-style schmup adheres rather stringently to the core tenets of the genre while applying a liberal dose of EDF bug-based madness on top to deliver a game that will feel immediately familiar to both fans of the series and the genre. The problem is, while it’s a perfectly competent shooter, it fails to excel in any aspect of its design. It’s not without fun by any stretch, but as it stands, Earth Defense Force 4.1: Wing Diver The Shooter is ultimately an interesting curio that falls a long way short of genre’s finest offerings.

That has always been fine when it came to the mainline entries, but here, that slight shoddiness that has always underpinned the series, lacks the charm that is inherent to its third person iteration. I think it’s the genre itself – schmups have always been about precision and carefully crafted design. That has been replaced here by a grind-heavy design that puts spectacle above carefully crafted refinement. 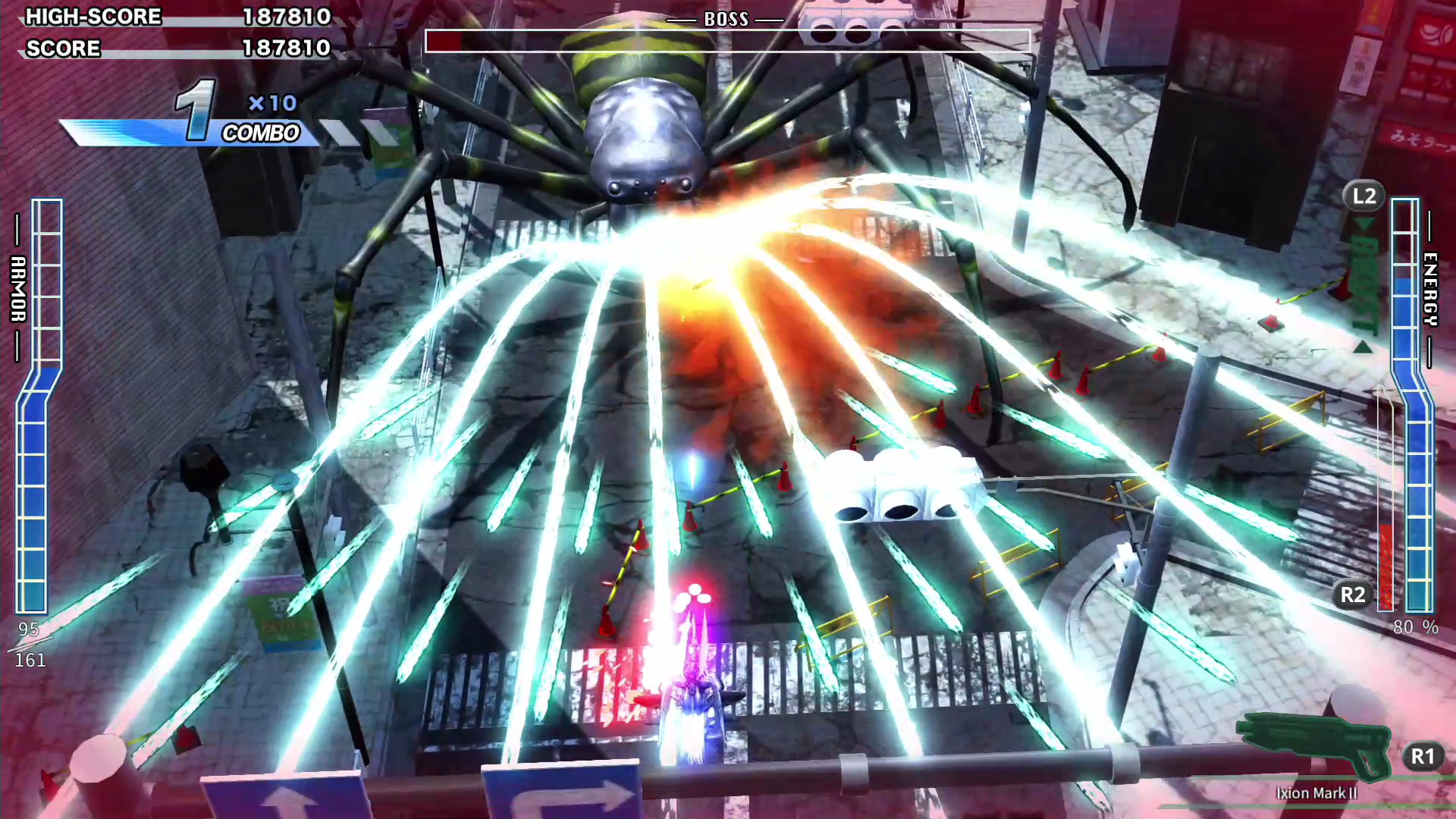 Those with only a passing interest in bullet hell shooters might think I am being unfair, and yes, at a glance, many of these shooters appear to favour spectacle over refinement, but dig a little deeper, and the genre’s best are always precision-based affairs that carefully hide their subtleties behind a blizzard of multi-coloured bullets. That kind of subtlety and refinement appears to be missing here. It’s mostly the little things – for all of the enemies on-screen, bullets appear to have little impact with enemies often feeling like they are sitting on a different plane from your Wing Diver. There are a huge number of weapons, but few are genuinely useful and the bosses, so often a high point of the series, fail to make much in the way of impact.

Then there are the visuals – yes, they are certainly charming enough, and seeing hundreds of giant bugs on-screen remains a strangely unique selling point, but underneath the spectacle, Earth Defense Force 4.1: Wing Diver The Shooter is actually a somewhat ugly video game. Ok, in the traditional sense, all EDF games are actually quite ugly, but more worryingly here is how bland much of it is. The bosses are particularly forgettable with each of the games’ 6 relatively short stages also tending to fly by with little in the way of genuinely memorable scenery.

That all sounds very negative, but in the games’ defence, I am comparing it to the genre’s finest. Judged on its own merits, this is still a fun little shooter than can be enjoyed for it’s absurd levels of excess alone. Yes, there are only 6 relatively short stages, but the ones here are packed full of truly absurd spectacle, and like the mainline releases, the emphasis is very much on grinding your way through increasing absurd difficulty levels until you’re ready to take on the near masochistic Inferno difficulty.

It won’t be for everyone, but it’s something EDF fans will be accustomed to, and something that will invariably add a he amount of longevity for those willing to commit to its surprisingly addictive grind. Much of that comes, not only from the draw of its increasing difficulty levels, but also its outrageous selection of absurdly powerful weaponry. Many of them aren’t really up to much, but part of the fun is the trial and error process of finding out what works for you, and as you’re able to take a close range and long-range weapon on every outing, the possibilities for experimentation between the six categories of weaponry (short-range, homing, particle cannons, electroshock, ranged and laser) is vast. 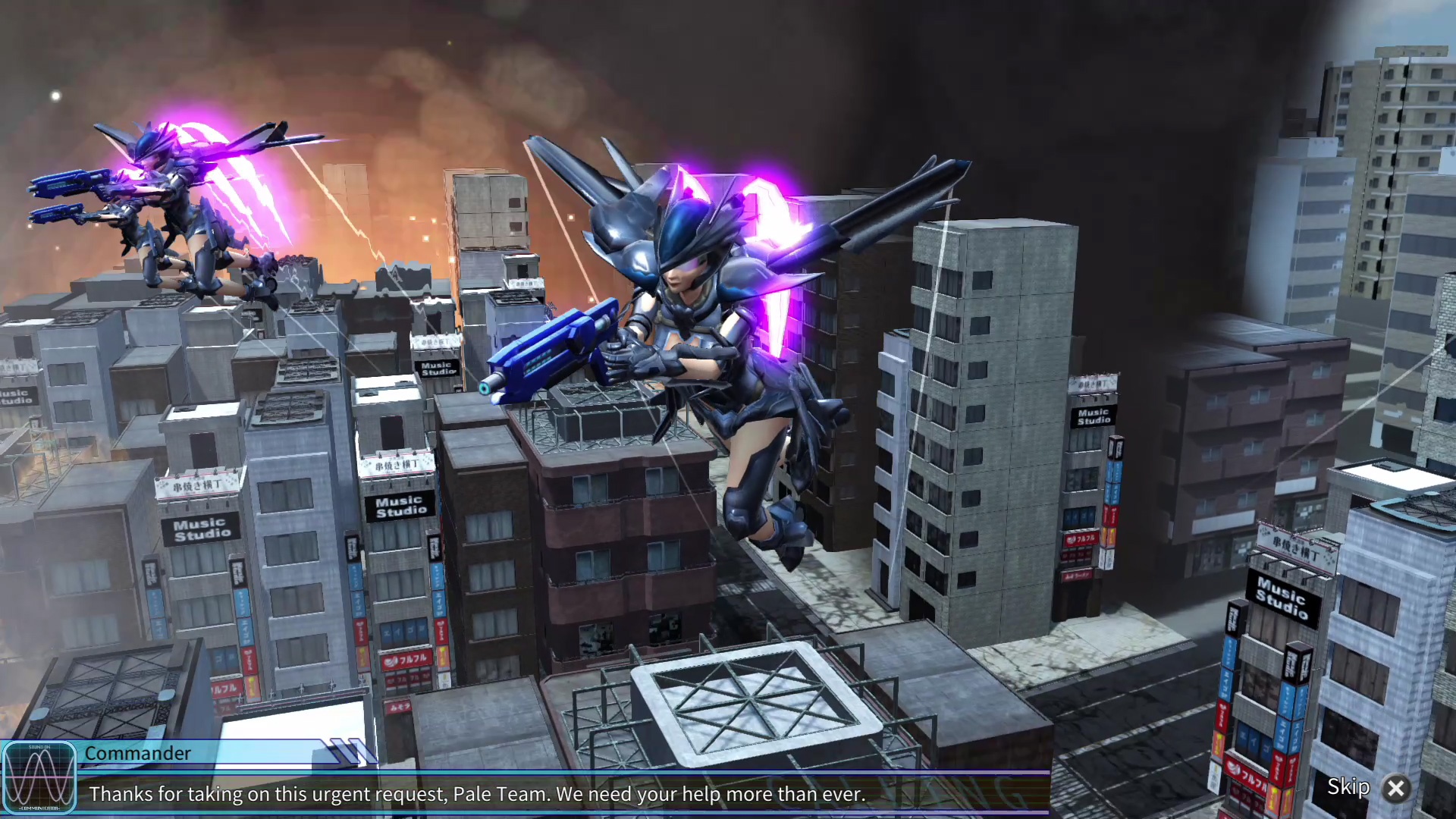 Still, as fun as the game can be, for many, it will prove a short and somewhat disappointing affair. Unless you’re willing to commit to the grind, this can feel like a short and somewhat shallow experience. The huge number of enemies isn’t as effective as I would have hoped, and the game, despite a somewhat cool ‘shoot up time’ section that sees things escalate to all new levels of madness, lacks much in the way of genuinely new ideas.

It might lack the refinement of the finest shooters on the market and some of the charm inherent to the mainline releases has certainly been lost in translation, but this will still prove an enjoyably bonkers 2D shooter for those willing to commit to its grind-heavy gameplay loop. More likely to appeal to fans of the series than fans of the genre, Earth Defense Force 4.1: Wing Diver The Shooter proves an odd beast, one that ultimately misses the mark while somehow retaining a sense of fun.

An odd beast, one that ultimately misses the mark while somehow retaining a sense of fun.