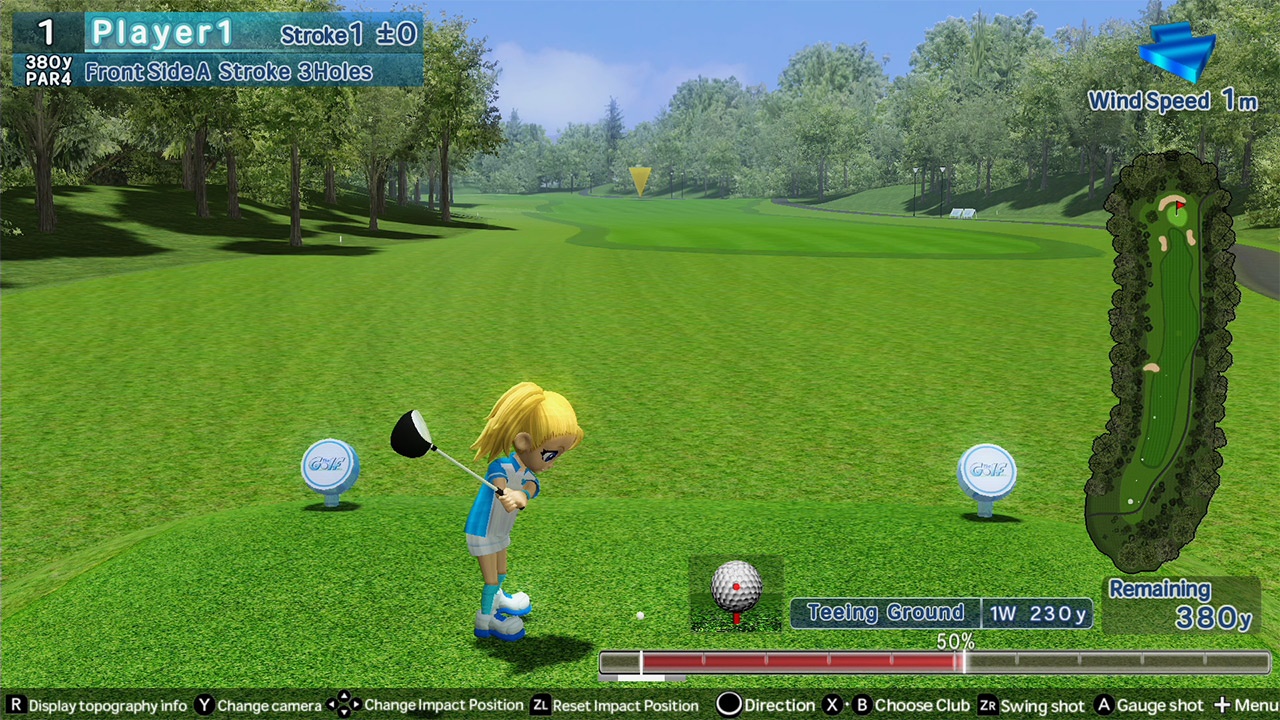 When done correctly, video games that simulate the sport of golf can be thoroughly engaging and, at times, quite addictive in their gameplay. Titles such as PGA Tour and Everybody’s Golf have been games in the past that have made it on par; even Wii Sports’ golfing element produced a fun experience. However, the sport had also seen its fair share of failures too, the latest of which swings a release onto the Nintendo Switch in the form The Golf.

I wouldn’t inherently say that The Golf is a bad game, or a particular failure in what it is trying to do. In basic terms, it can play a decent game of golf; it simply lets itself down in certain areas and elements of its gameplay to produce an overall effect of something that ends up feeling particularly sub-par, or even unfinished. In terms of some of its graphical presentations and physics aspects, there’s a lot to like here. Realistic looking settings, driving and camera angles are nicely done here; something that can be seen within the screenshots of this game. However, that’s simply as far as it goes. It looks good on a static screen or piece of paper, but in reality, it plays a real bogey on the course.

Although the settings look nice, it’s atmospherically bland; especially when compared to the other golfing games that were mentioned above. There’s no surrounding ambience, wildlife or spectators. Admittedly, you don’t always get crowds on a golf course, but when in competition, there’s always some form of human interaction, whether it be other golfer’s or marshals and always, most definitely, some form of animal species flies overhead or rustles in the foliage. However serene the settings may appear within the screenshots, it’s when the camera begins to pan around the course that things take a significant turn for the worse. The graphical fidelity takes a serious nose-dive as the fairways and greens flash uncomfortably in what, I assume to be sun reflections. Strobing lights don’t usually bother me, but the ugliness and intrusiveness of this flashing seriously hurt my eyes. 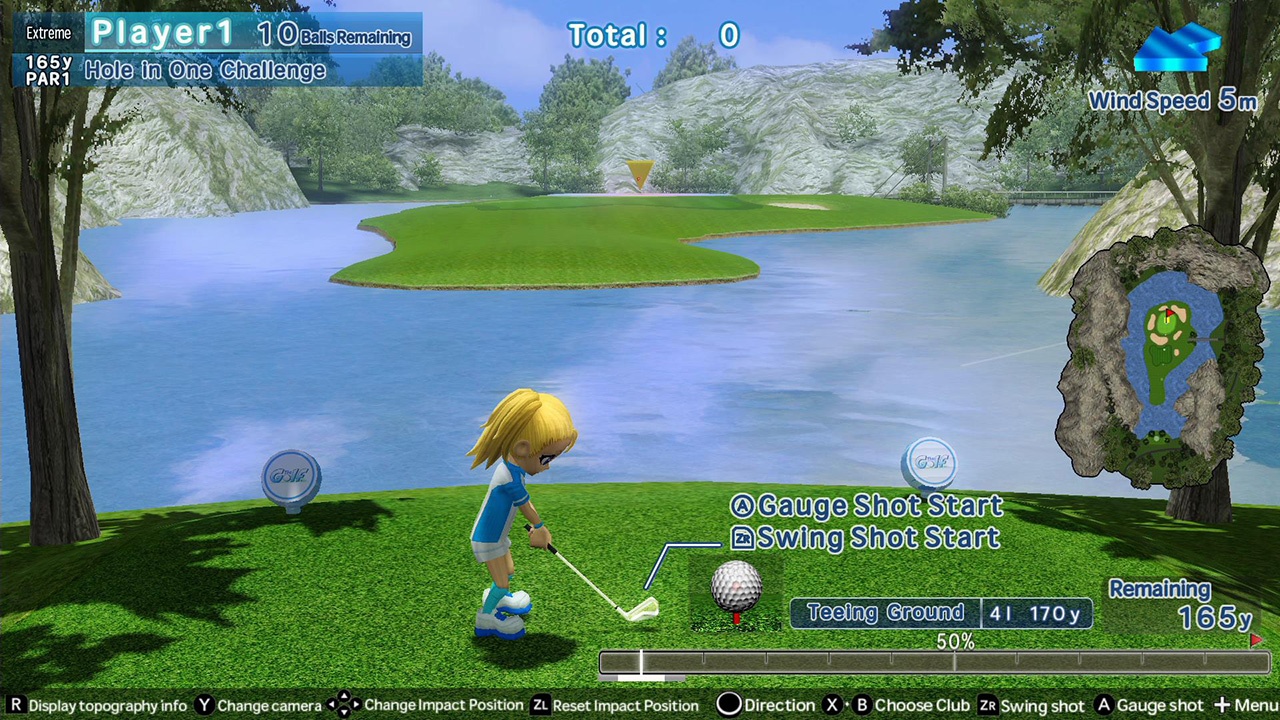 Now with my shades on, I proceeded to shout ‘fore’ and take a swing for it to see how the rest of the game would play out. In terms of the golfing mechanics that many similar games encompass, The Golf follows the same route with club information, swing meters and the ability to add fade, draw or spin onto your ball. So far, so good; although the speed in which the swing meter moves, as well as its level of accuracy did leave me feeling with grass in my mouth. It wasn’t the worst I’ve seen, but it certainly wasn’t the best either. The physics of flight are nicely done though, with accurate reading of my hit and proper trajectories onto the fairways. So, as far as playing the basics of golf, the game does a fair enough job.

The green though, presented me with a different picture. To be honest with you, it’s something I always half-expect with golf simulations; as the majority of them always fail when it comes to putting your ball on the green and it’s here, for me at least, that a game is determined as a success or failure. After all, putting is probably the most important element within golf. Again, shot power and distancing is presented and done well here. However, when it comes to reading the green, its gradients and sloping, the game simply becomes one of luck, rather than skill. Pressing the R button does present a geographical view of the green, but it is neither helpful or understandable; leaving you to blindly hit the ball and hope for the best.

When you put all these elements together, the effect is a totally lacklustre affair. There’s no atmosphere here, everything feels too hit-and-miss to be enjoyable and that damn strobing scenery is giving me a headache. It’s a shame really, as there is potential here, but as I said earlier, everything just feels unfinished. Another downside is there is only one course to play on, although it can be split into two nine-hole courses. It is documented that more are on the way, but that remains to be seen and, in all honesty, it’s probably going to be a case of too little, too late. There are also three game modes available: Stroke, Tournament and Hole-in-one. Despite offering a variance in objectives, each of the modes play inherently the same with not enough distinction to make any of them stand out on their own. 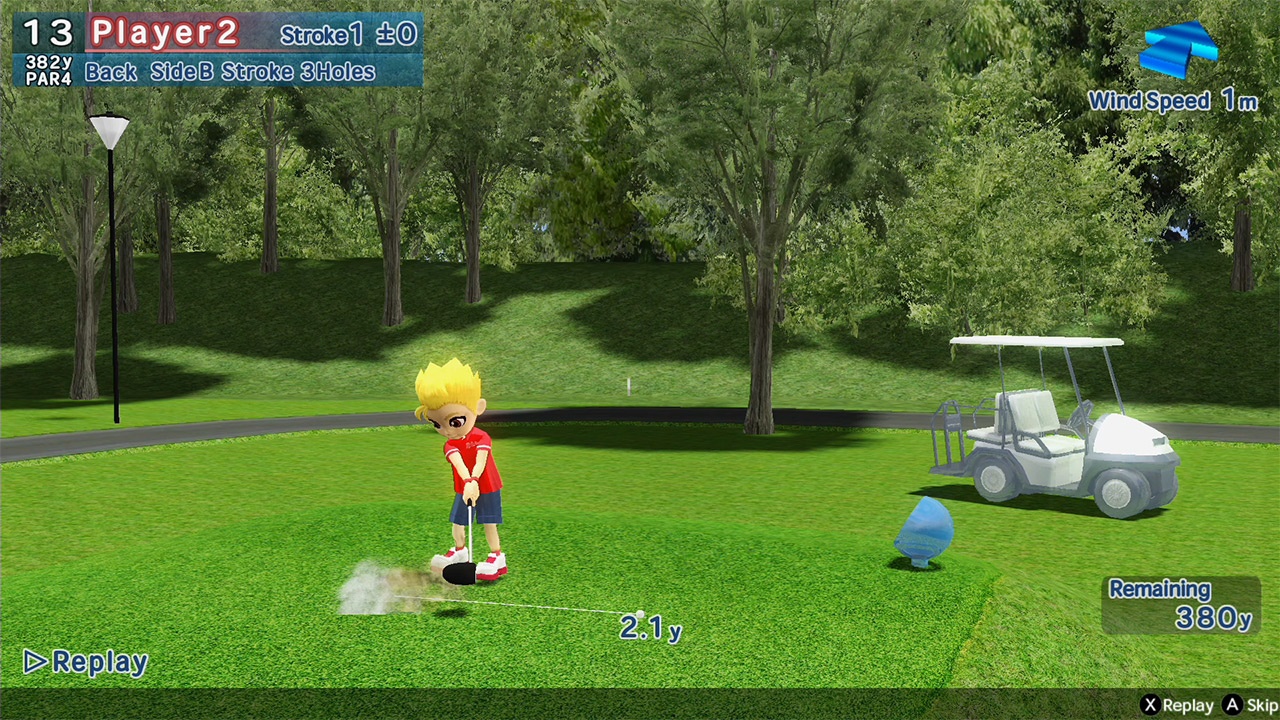 What this game does offer though, is the ability to play using the motion-control of the joy-cons and take part in a local multiplayer competition for up to two people. Although nothing new, the motion controls do offer a more interesting way to play, as does playing against an opponent you can actually see. However, it didn’t take long to work out that the level of accuracy in this mechanic wasn’t really there. No matter how we swung our joy-cons, the result was a perfect pitch or drive every time; an element of the game that significantly reduces the fun aspect. After all, isn’t golfing about being accurate in how you perform your shots?

With limited play modes and options, plus some broken mechanics and an ugly palette, this is a game whose overall elements bring down what is good about the game. Technically, it functions and does play a round of golf; it’s just not a particularly good one in certain areas. It just feels as if it’s missing some loving care or was simply rushed; there is some hope here, but that all boils down to what support the developers give the game post-release. With the whisperings of more courses to come, let’s just hope that a few gameplay tweaks are incorporated as well.

Overall, The Golf is simply a game that is difficult to recommend. If you’re looking for a golf fix upon the Nintendo Switch, then there are better offerings out there; even the ones that are presented in 2D provide more entertainment than this title. It’s a shame really, as I tried hard to enjoy this game; simply because I wanted this to be a game that I enjoyed, but after walking the fairways of other, past and similar titles, this was a golfing game that left me trudging in the rough.

A golfing game that simply ends up in the rough.