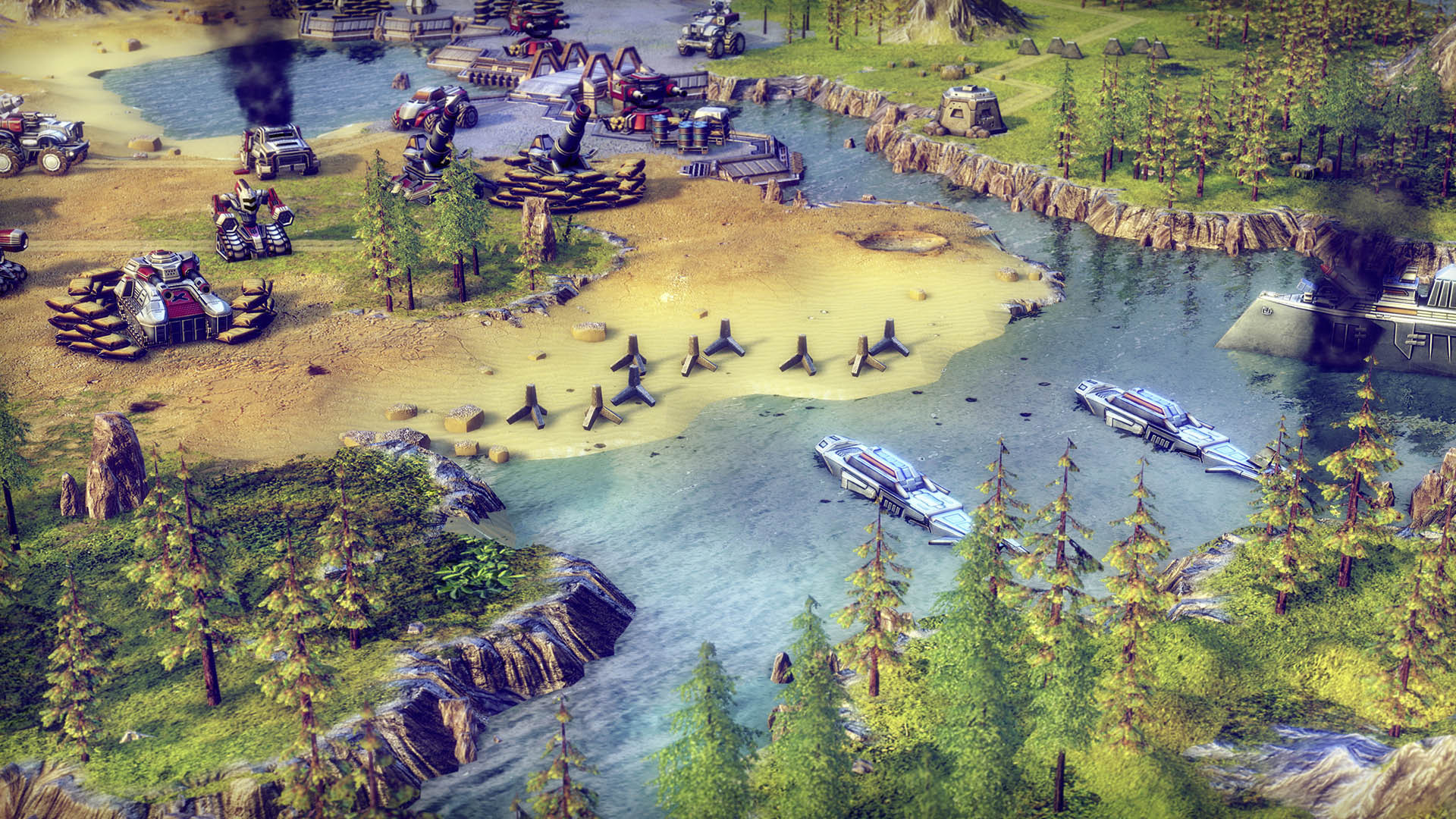 When it comes to strategy games, whether it be turn-based or real-time, they’ve largely been a genre that have been more successful on PC’s rather than consoles. This is largely attributed to the control schemes of such games, as it can’t be denied that a mouse and keyboard offers more control than a conventional controller; at least when it comes to these types of games. However, the Nintendo Switch is emerging as one the better consoles on which to play strategy games, mainly due to its touch-screen capabilities that can offer a way around some of the limitations often associated with strategy and console playing. The latest of such games comes in the form Battle Worlds: Kronos, as it rockets a release onto Ninty’s hybrid machine.

Developed by King Art Games, with publishing through THQ Nordic, this turn-based strategy games brings a mixture of old-school, hexagonal traversals and more modern mechanics, as well as provide a change of scenery with a sci-fi setting, rather than the mystical fantasies that we’ve been used to seeing with other releases on the Switch. The first things that strike you with this title, is some nice looking cut-scenes which are fully voiced and a wealth of options when it comes to content. Battle Worlds: Kronos comes complete with three separate campaigns, all of which adds up to over sixty hours of strategy heaven. Each of the campaigns offer different paths around a central theme, all of which is told through its impressive cut-scenes; although admittedly, the story itself is a largely forgettable premise and clichéd in its execution, but this doesn’t detract in any way from the gameplay of the actual strategic battles that you’ll partake in.

The game takes a lot of its inspirations from some of the more popular strategy titles of old. Movement is placed over a series of hexagonal guides and the scenery is largely clouded by the fog of war until you uncover its secrets through exploration. However, the real star of the show comes in its reluctance to hold your hand through each of its skirmishes. How you plan your units or how you go about advancing and engaging the enemy is all down to your own strategic know-how and implementation. This gives the game an edge when it comes down to the challenge of the title, as if you lose, then it’s simply your own fault and if you win, then victory tastes that little bit more sweeter. 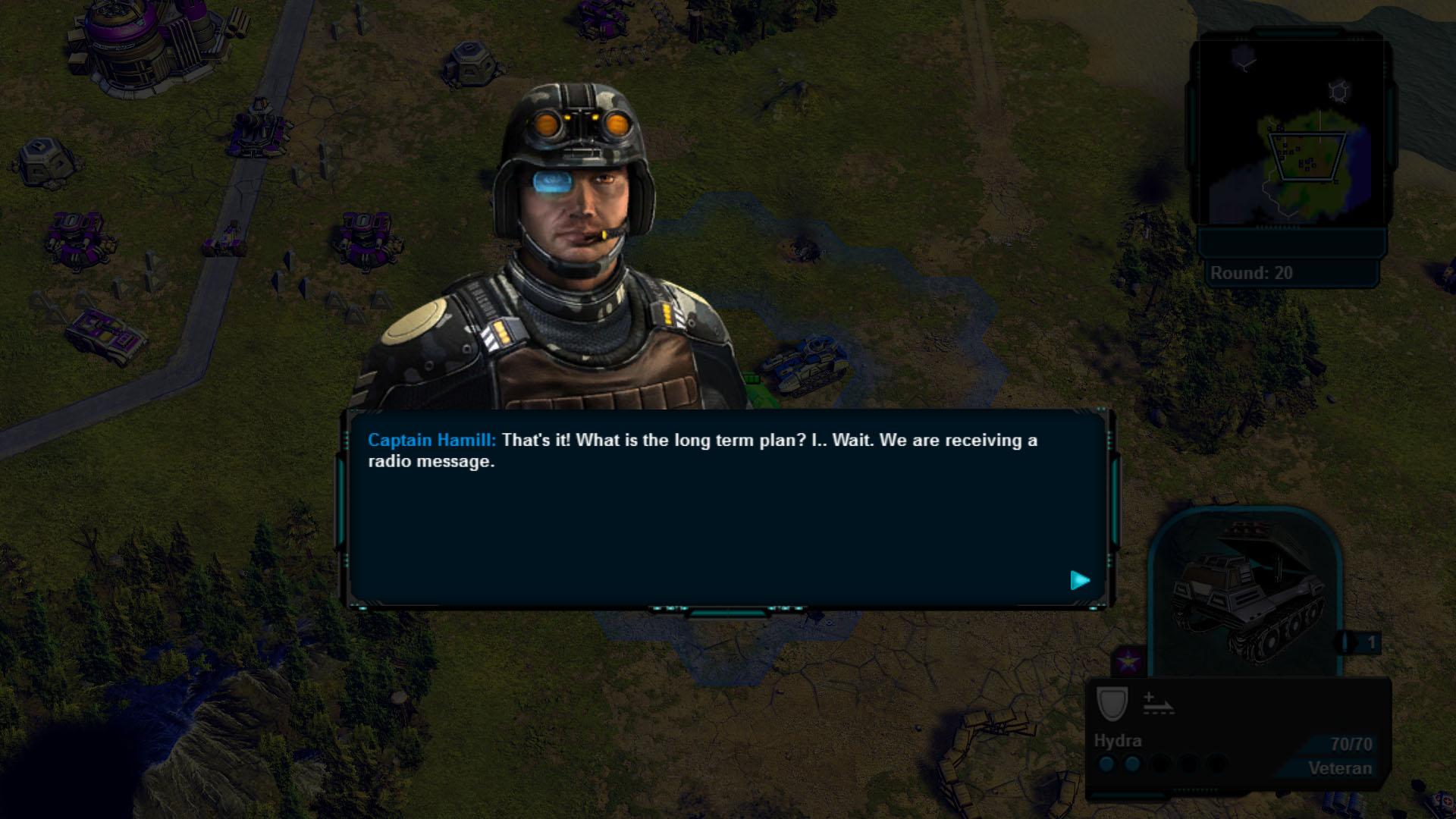 However, you’re not left to your own devices entirely, as the game does produce an encyclopedia that details many of its mechanics, such as unit types and how best to use them and taking over enemy installations. A handy reminder lists down the left side of the screen when certain details are first executed, but a word of warning, these can be easy to miss when in the heat of battle. However, everything is stored within the pause menu should you ever need to look up anything that you may not be sure of. It provides everything that you need to know and is easily accessible, making the exploration of the landscape, battles and of the game itself a rewarding experience.

In terms of gameplay, the mechanics of how it works follows the same template that is normally associated with turn-based strategy. You first guide your units across the landscape, assessing your unit types and how best to implement them; each one possessing a variety of limited moves and functions, including some ‘joker’ functions that gives you the choice of movement or firing in a repeating pattern. The terrain also plays a role, offering advantages and disadvantages such as scale of movement or providing cover. As you select each unit, it displays a hexagonal grid which highlights movement and attack ranges and once every unit has used up its quota of moves and turns, it then falls to the enemy forces to make their move.

As with most strategy games, there’s a cat-and-mouse function at play here, with certain units performing better against certain enemy types and others which you must avoid if you want to stay alive. Positioning can grant damage bonuses, such as flanking the enemy and grouping a series of units together to attack produces a maximisation of firepower. There’s a lot of considerations to take into account with each of your moves, producing a very satisfying tactical experience for any fan of the genre. The battles themselves are also very satisfying, producing full-scale events that can go on for an hour or two, although you can save the game at any point so you can carry on at any time should you get pulled away from your Switch. 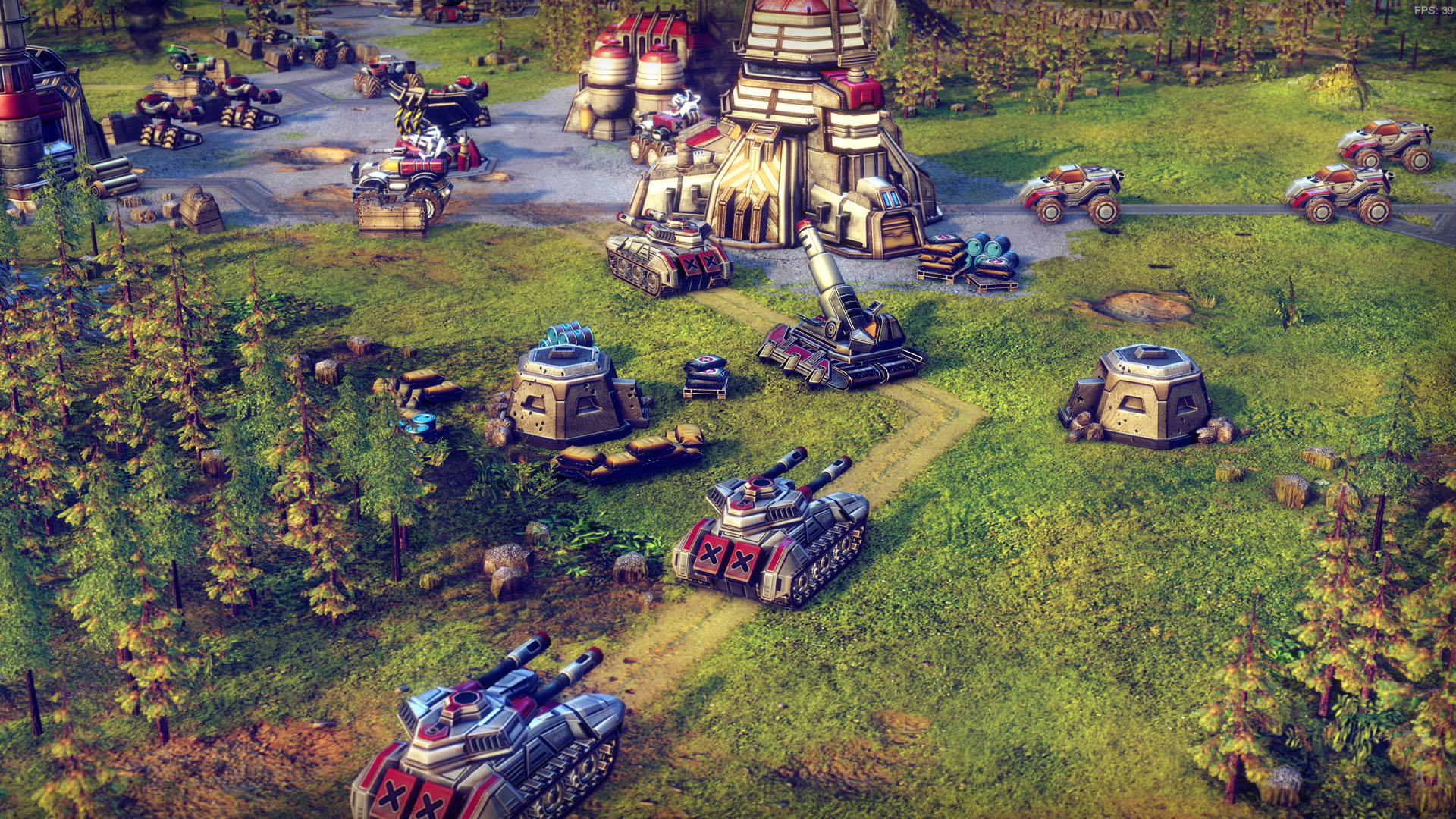 The tactical element of the gameplay really shines through here, allowing you complete freedom on how you approach each battle and how you deploy each of your units effectively. The only limitations here, apply to what units you begin each skirmish with or what your mission objectives may be. However, as you advance and take over enemy installations, you can build towards your army with the acquisition of enemy units to add to yours. There’s a wide range of vehicles too, from mechanized infantry to tanks, scouts to artillery and even troop carriers, helicopters and hovercrafts to produce a battlefield that takes place over land, sea and air.

It all takes place over some nice looking sceneries too that look distinctly old-school, yet contains a level of detail in the graphics from bases to trees and down to the vehicles themselves. You can zoom in and out of the action and scan over the battlefield or uncovered portions of the map to get a full reading of the lay of the land and how the battle may be panning out. Everything is further bolstered with some extra game modes too, such as a series of skirmishes across an huge array of maps and the ability to play all of these in a local multiplayer capacity too. It offers a nice distraction, as well as give the game a further prolonging of its long-term appeal; especially if you play multiplayer in the Switch’s handheld mode, passing the console between players in a strategic level of play that can easily rival a game of chess.

Overall, Battle Worlds: Kronos provides a solid setting for fans of turn-based strategy games. It’s sci-fi settings, ease of use, freedom of choice and satisfying challenge all adds to produce what is, in my opinion, the best strategy game to have appeared on the Switch to date. It’s deep, engaging and rewarding, plus contains so much content that it will be a game that sits on your memory card for an eternity. Everything here is simply large-scale, from the battles themselves, the variety in mission objectives, unit types and options available to you to change the face of the battlefield. If you’re a fan of strategy games, science fiction or are simply looking for a rewarding and entertaining game that will last a lifetime, then you really owe it to yourself to own this game.