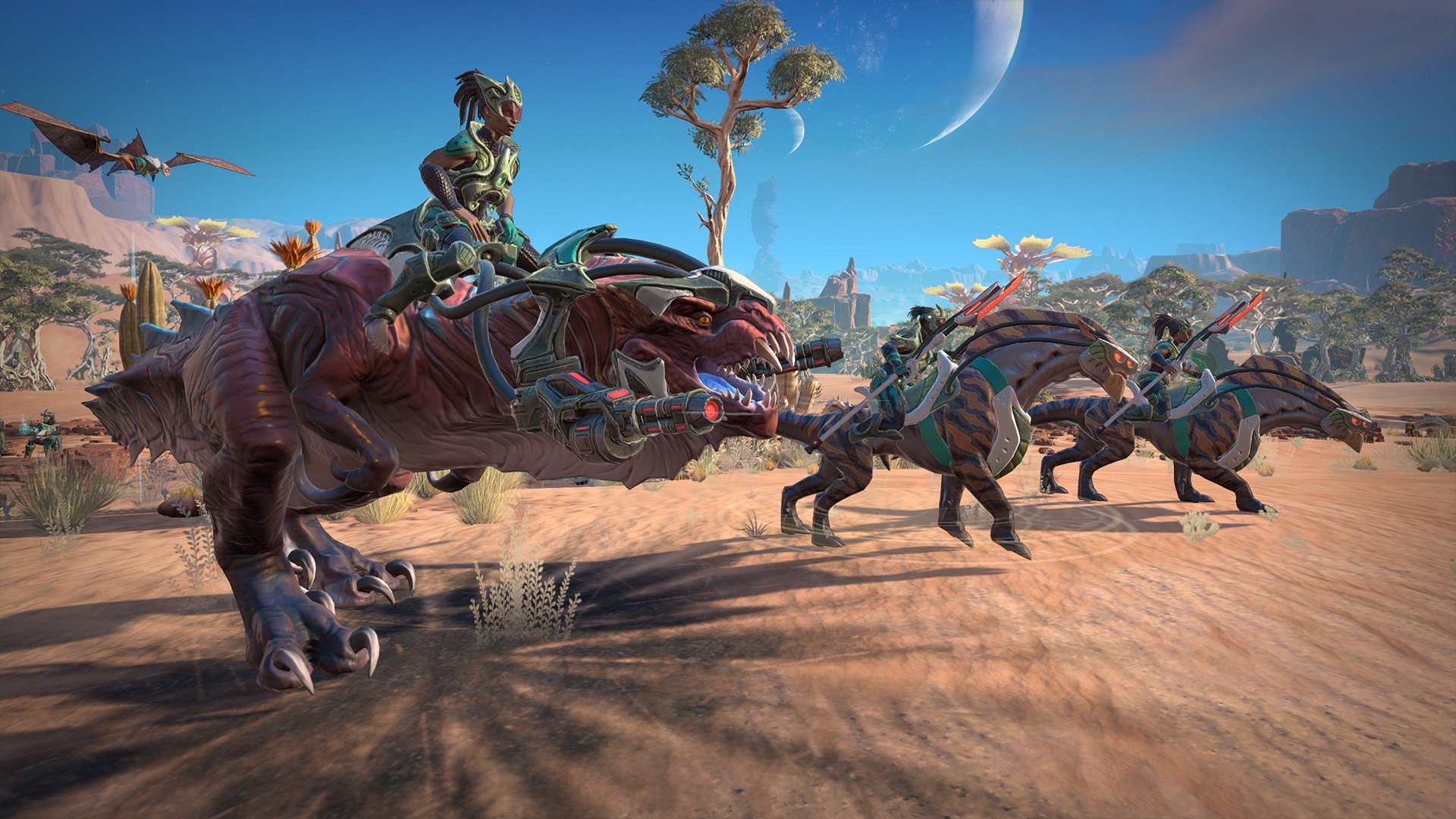 Planetfall marks the first time that the historic Age of Wonders franchise comes to the console market. PC gamers might already be familiar with the name Age of Wonders, due to the two decade old history on that platform. In the strategy genre especially, Age of Wonders has cemented its place amongst some of the best. The foray onto consoles is not the only new exploration for the series, since this is the first Age of Wonders to be based in a sci-fi setting. It has the same turn-based combat and empire building of the previous titles, it just brings those elements to a new frontier.

Console players are not usually treated to games like Age of Wonders, hence Planetfall is the first title in the series to make its way to PlayStation and Xbox consoles. In fact, as a whole, strategy games normally stay on PC but console gamers might be familiar with this genre if they have played XCOM; the series that seems to be the only major strategy game on consoles. Well, move-over XCOM because there is competition now with Age of Wonders: Planetfall proving itself to be a worthy strategy game translated well onto current gen consoles.

Perhaps the most important decision you have to make in Planetfall is what faction you will play as. The six factions are all unique from each other and thus have a significant impact on the story and gameplay you will experience.

The Vanguard are the human trooper faction that most resembles a traditional army. That being said, don’t mistake them to not be unique in another aspect. The Vanguard are highly upgradeable and they have powerful vehicles at their disposal. From tanks to aircraft, they can call on the heavy artillery to assist them. 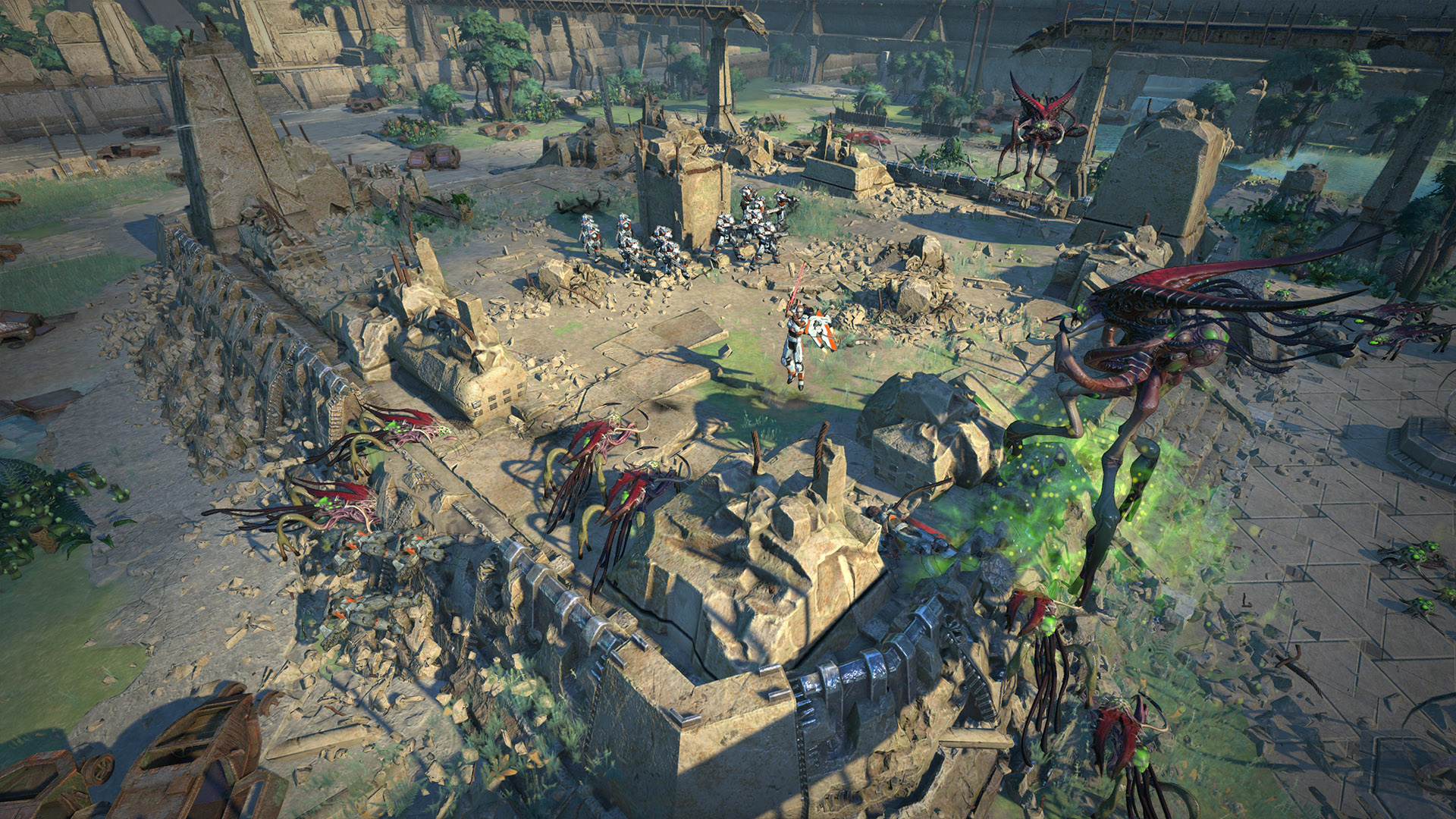 Next up, The Assembly are appearingly the “bad guys” of Planetfall. These are clones who have been left to scavenge and survive all by themselves. The Assembly survive by any means and often those means are scavenging spare parts from their enemies to keep their own bodies going. They are the scariest looking faction and you can rip the parts out off your enemies to heal.

The only clear Alien race in Planetfall is the Kir’Ko faction. They are the insectoid aliens trope often found in sci-fi fiction such as Infestation, Ender’s Game, The Nest, and more. The coolest part of this faction is the Swarm gameplay mechanic. This mechanics means that when the Kir’Ko units are grouped closely together, they receive stat buffs. This actively engages you to adapt your playstyle to make the most effective use of your units.

The Dwarf faction in Planetfall is known as the Dvar. Stereotypically, the Dvar are miners and rely on custom-built machinery to help them in battle. They’re definitely the aggressive faction in the game but don’t always have to be played as such. It is immediately apparent that the Dvar are loosely based on soviet-era war machinery and it is a cool aesthetic. 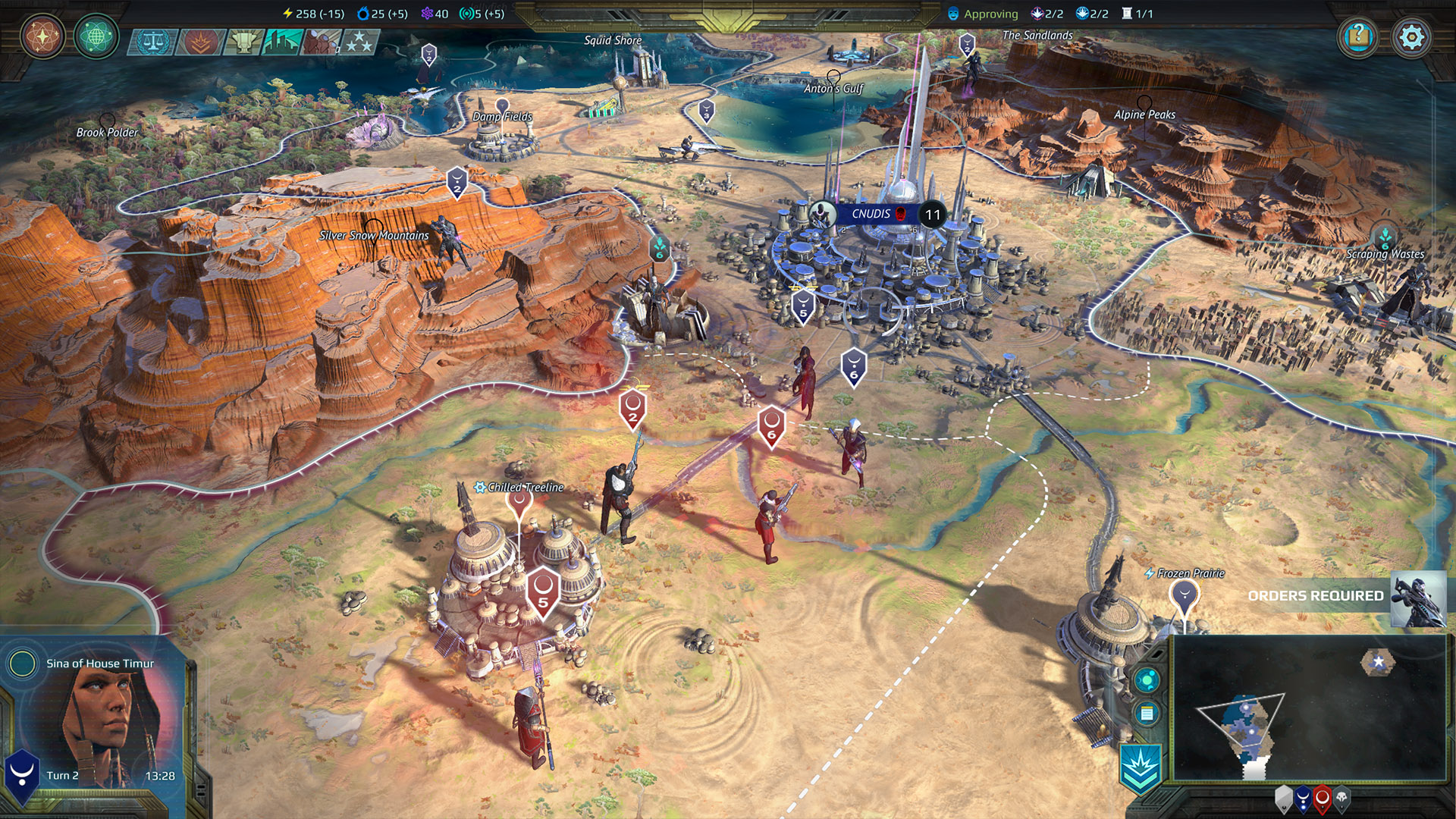 Lastly, the Syndicate are the shady criminal faction in Planetfall. They most closely resemble rogue classes as they are the sneaky, stab-in-the-back faction. The Syndicate resemble the bourgeois and their basic troop units are slaves, working for the Syndicate to pay-off their debts to their masters. Their combat style revolves around cloak and dagger gameplay but when needed, they do have arc lightning weapons for when things get messier.

Choosing your faction is an important decision because they dictate the entire single player campaign. Each faction is unique and has their own personal history and political motivations that will effect your decisions. Empire building plays a major part in Planetfall and what faction you play as has a big impact on your empire. Tech and social development are the two major areas you must develop in your empire and the faction has unique development options. Will you pursue a utopian empire or a strict military order? The decision will be up to you and your faction.

Combat feels good and translates to a console controller very well. If you have played turn-based games before then you will know what to expect coming into Planetfall. The combat is satisfying and there is a lot of depth thanks to the range of units and unlocks. Thanks the the variation of the six factions there is a lot of replay value on offer since each faction plays in a unique style.

All in all, Planetfall is a worthy addition to the Age of Wonders franchise. It is the console debut for Age of Wonders and, although I have not played previous entries, it is a strong entry into the historic franchise. There are a few minor issues with the controller mapping but that can be overlooked by the tactical fun and content on offer.

All in all, Planetfall is a worthy addition to the Age of Wonders franchise. and a strong entry into the historic franchise.