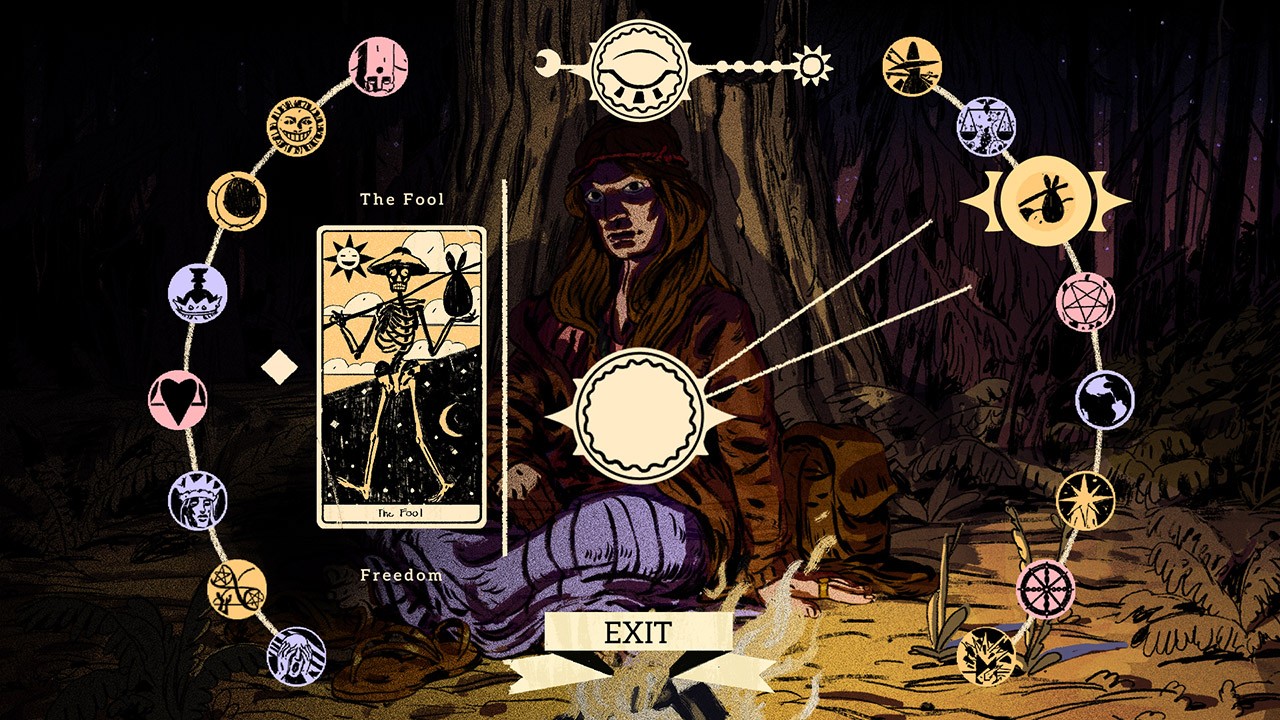 When a game speaks to me, it can mean several things. Maybe it’s managed to tap into something that I intrinsically want within a video game and either am not aware of it or am refusing to admit it. Maybe it scratches an itch for what seems to be “the element” of a game I want that week. Or maybe, just maybe, it’s something deeper and more primordial. When you define yourself with gaming as a core value of your past time and even your personality, it can get murky and dangerous, and people begin to think ALL you do is play games, or that you never leave your basement, or that you have shockingly polarizing views about women. In actuality, this is a case where I was able to find something that related to my everyday life, and what I believe makes me a person. It’s about stories, and storytelling, and probably why I’m at a staggering number of reviews for the last few years that I’ve been writing for this website. Storytelling.

Where the Water Tastes Like Wine is an indie adventure-esque game from Dim Bulb Games and Serenity Forge, and the storyline that it unfolds is as compelling as the game itself. You play a nameless vagabond during the Great Depression in the United States, and, like so many others, you’re merely trying to survive. Caught up in a high stakes game of cards one night, you go all in on a perfect hand with your ultimate wager: your word. However, take tables turn, and you realize you’ve been had by a supernatural being with the head of a wolf who may or may not be the Devil. To clear your debt, you are granted immortality and tasked with collecting stories. Across the US, there are sixteen stories from sixteen characters that you need to find, and you need to understand completely, and tell to help build this country back up from the wreckage. As the wolf man says: “A tarnished truth is always better than a shining lie.” But great stories, especially personal ones, are not given up so easily. So take to the streets and keep your ears pricked: it’s time to learn some yarns. 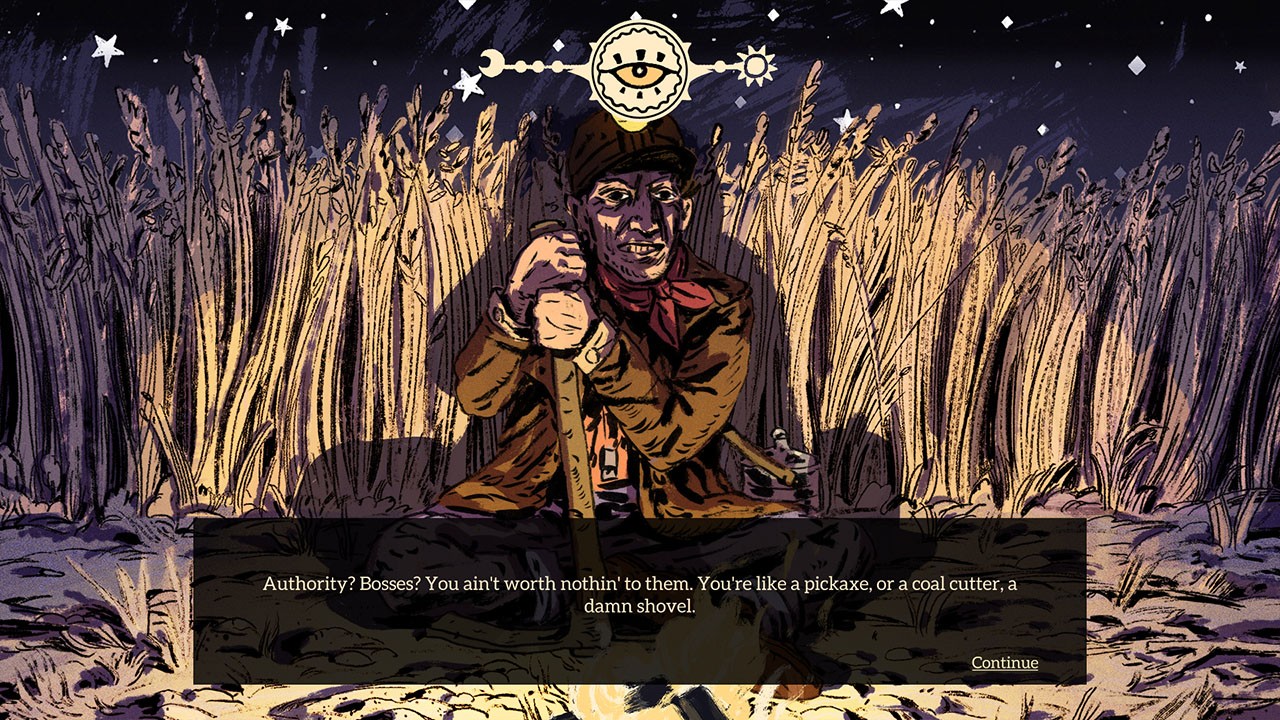 Where the Water Tastes Like Wine puts you out onto the map of the United States with nothing more than a bindel that holds nothing and a song in your heart. Represented as a near-skeletal figure, you trudge on foot, occasionally hitchhiking or hopping a train (both legally and illegally) as you make your way across the lower 48. As you move, you can whistle a tune to keep your spirits up and your feet moving quicker, but, otherwise, there are no real controls to worry about. You just keep moving and looking for various markers on the map. Sometimes you’ll encounter big cities, where you can go to learn new stories, refill your energy (you can’t die, but you will suffer from hunger and exhaustion), and maybe earn some money to get yourself a bite to eat or a train ticket. Other times, you’ll encounter small homes and unassuming landmarks, where stories will present themselves to you. You’ll encounter ghostly beings that may be spirits from the Civil War. You’ll find two men trying to live out a life in peace when society may not approve of their union. You’ll see children trying to stay with their parents, couples ripped apart by the economy, elegant figures with murky pasts and even just a few hilarious moments of humanity that can always bring a smile to your face. The stories are everywhere, and you must find them all.

As you move across the country, the stories become more defined and more slotted, moving into different categories and giving themselves more detail. The women who were bootlegging become the women who ended up in a shootout with the police for bootlegging. The fisherman with seagulls turns out to be a man with gulls that can actually call to fish. Like all great tales, the stories you learn morph over time, but it’s important to try and keep the true element at the core of it alive. Whether you’re attempting to coax a smile, wring a tear or send a chill down someone’s back, the tales you learn are yours to remember and to use as you see fit, especially once you begin to find the sixteen characters scattered across the States. These characters will open up to you as you give them the stories they long to hear, and you’ll unlock new chapters in their own tales that can serve you as you move forward. Hell, the characters become stories for you to use on other characters, so the runaway Quinn might be just what Althena the musician wants to hear when she asks for something tragic. That’s one of the biggest elements to it all: these stories lift each other up and push them higher and higher.

Where the Water Tastes Like Wine is brilliant in presentation and exposition. With a design on both the map and portraits that screams “American Gothic,” you’ll be entranced to take a moment to appreciate the detail of every stroke, every brush that went into making these screens. Additionally, this is a game that needs, NEEDS to be played with headphones in or speakers on. If you aren’t listening to the gravelly voice of the Narrator, the soulful pain of the different characters, or the lonesome, plucking notes of the soundtrack happening in the background, you’re missing a massive part of the overall experience. You can just walk along for what feels like hours, trying to keep whistling along with the song that plays, while you watch the sun move across the sky and scout for the familiar signs of a campfire. It’s a game that draws you in with the way that it looks and sounds, and then it keeps you there with the gameplay and the concept. 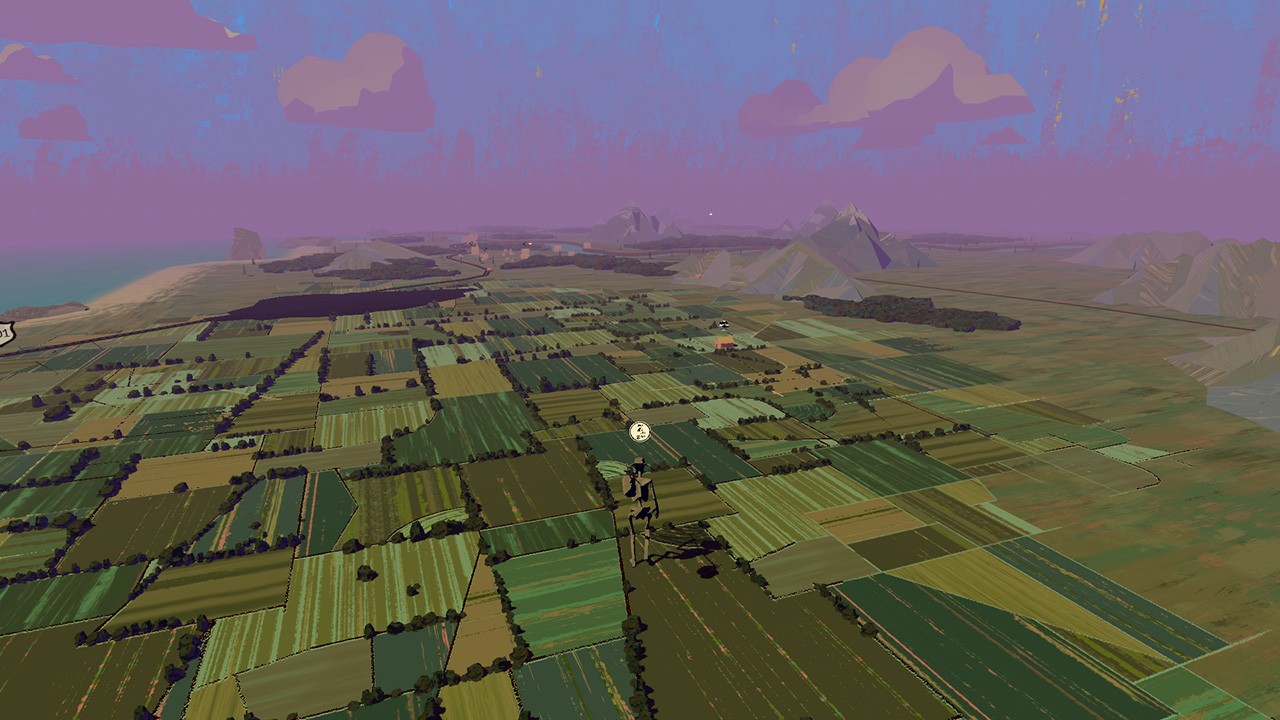 The writing for Where the Water Tastes Like Wine is absolutely superb. I don’t know what level of research was done by Dim Bulb Games when they started making this title, but to see the classic New England cities in all their splendor, or get a snapshot of Memphis in decades gone by is wonderful. Characters who speak have the right accents and the right cadence, and all the dialogue, written and spoken, is bang up with period structure and lexicon. If there was a way to speed run the game, I would imagine you could get the first story fully flushed out in under an hour, but you simply don’t want to. You hang on every word, you drink in the details that sit under the punishing sun as you read about the most mundane things: construction workers walking I-Beams in the sky, massive thunderstorms in the middle of the farm fields, or a white deer that you free from a snare in the forest. The game hooks you and begs you not to look away as the tales intertwine and the grand saga that is the American Dream tries to punch through the darkness and make a spire or inspiration and hope. It’s seriously addicting to get through it all, and you are hellbent on finding the different chapters in their entirety, tracking down new tales to tell, and figuring out the perfect rhythm that gets someone to fully open up to you over the course of many, many campfires.

This is one of those amazing moments where I recognize that I may be getting more out of this game than others, and it lets me appreciate titles that haven’t necessarily appealing to me, but still presented in a strong fashion. Where the Water Tastes Like Wine might not be at the top of everyone’s list, but, for me, this was such an awakening to have on my Switch that I’m purposely keeping it at the top of my 2019 list despite such late entry. The voice acting, the beautiful map, the simplistic yet driving need to keep whistling a tune as I plod down along the Mississippi or try and hide in a boxcar towards Chattanooga is all something fresh and delicious in my mind, and I recommend this game to positively everyone. Know what you’re getting when you sit down at that card table, and you won’t be disappointed. Ante up, everyone: it’s time to hear the tale.

With tales to tell and characters to meet, this journey into a fictionalized America’s past is utterly brilliant in presentation and execution.