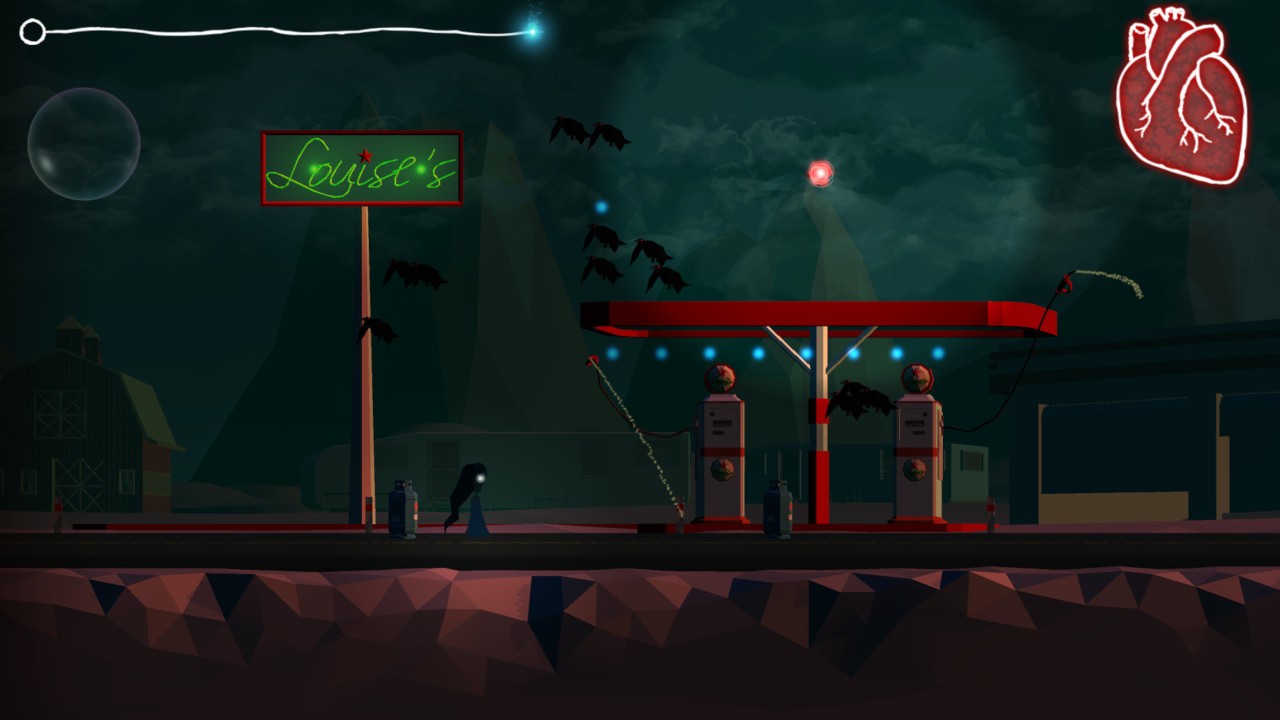 Ever been afraid of monsters under your bed? Well Selma and the Wisp from Toucan Studios plays into this fear from the very start. The game presents itself in a similar light to games like LIMBO or Little Nightmares. But with Selma and the Wisp you are guiding the protagonist through a number of chapters of puzzle-platforming as you reach your goal.

The gameplay elements are similar to most platforming games, but could be considered more simplistic considering you are playing as the wisp. Your actions are mostly limited to moving up, down, forwards and backwards using the control stick. But the wisp does have some tricks up it’s sleeve. Whilst directing Selma to follow you, there is the facility to stop Selma from following you to her death while you complete a puzzle, turning the wisp red in the process. The wisp also has the ability to interact with the environment by “exploding,” the effect of this can cause rocks to fall, planks to shift and buttons to be pressed among other things. Items needed to complete a particular puzzle are also concealed within a bubble and can be moved around once in contact.

This leads into the other main mechanics of the game. The wisp has a life total, located in the upper left of the screen. This depletes as time progresses, but this is sped up when the wisp explodes or travels underwater. You can maintain your “wisp life” by collecting small light orbs which increase your current total and your maximum light level increases as the game progresses. Once the wisp’s life bar has been drained however, the light he provides goes out, leading to the other important mechanic. Whenever the wisp strays too far from Selma her health, shown by the red filled heart on the right, starts to deplete. Once her health has depleted the level ends. Selma is also very weak to the environment to the point of any hit from an object will cause her death. The game has no lives to speak of so there is little consequence to death. 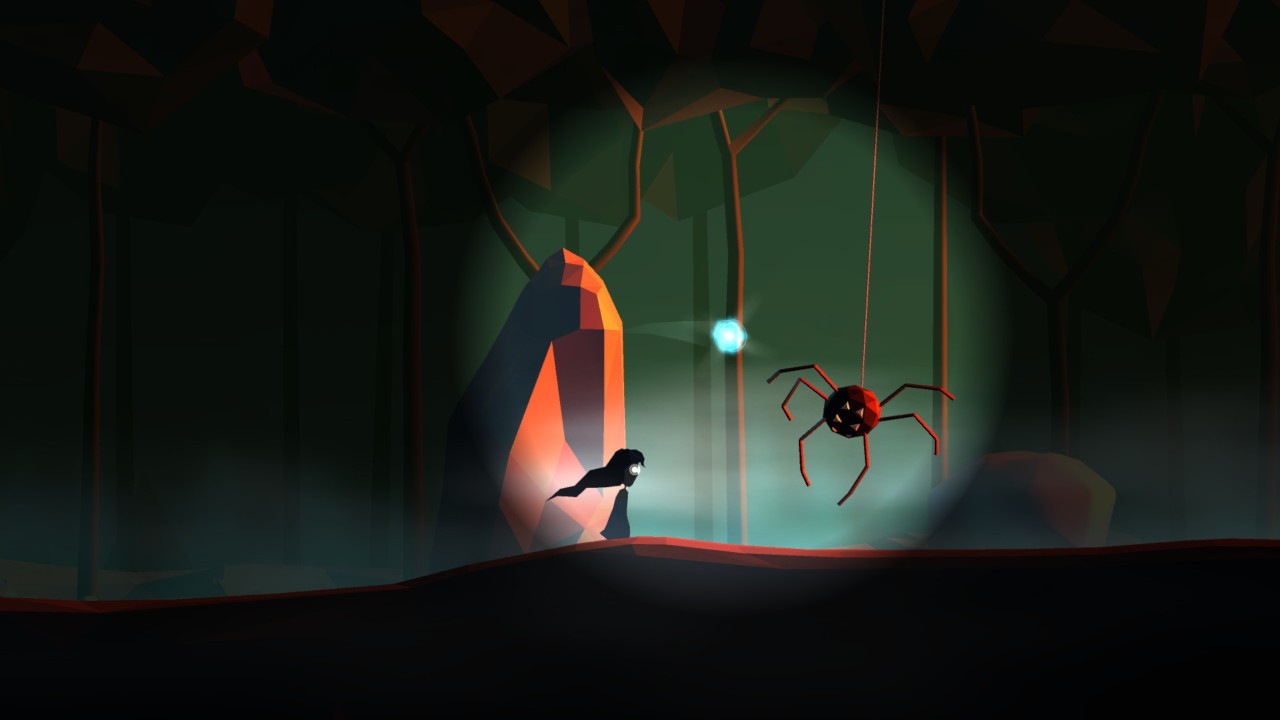 The game in premise sounds fun and novel. A game where you lead the protagonist rather than actually play as the protagonist and solve puzzles to aid their quest through the world. In practice however, the game feels reminiscent of the facility level in Goldeneye. Selma is quick to follow and slow to react, making changes in decision is often a forgone conclusion as she slides into a death trap. Selma can jump onto rocks, climb up ladders and ropes etc. but can sometimes slip up, delaying the game and costing precious light time.

Most enemies are easily dispatched with a quick explosion, or avoided with timed precision. there are a few instances where learning the pattern is vital, such as when trying to avoid some watchtower militia who shoot on sight. The puzzles are a bit easy at times, relying on operating a machine or collecting a maguffin to make the machine work. There are also helpful hints in places, and even the wisp’s light balls sometimes spell out useful hints as you collect them should you find them slightly challenging.

The artistic style is very creative. Its almost like seeing how a dark paper mario could look in it’s paper-like aesthetic. The use of light helps to make the game appear eerie and I found myself captivated less by the game play and more by the environment I was traversing. The backgrounds range in style but the artistry behind them add to both the eerie feel, giving off a dystopian vibe, and at times show a much more colourful world than you would see in LIMBO. 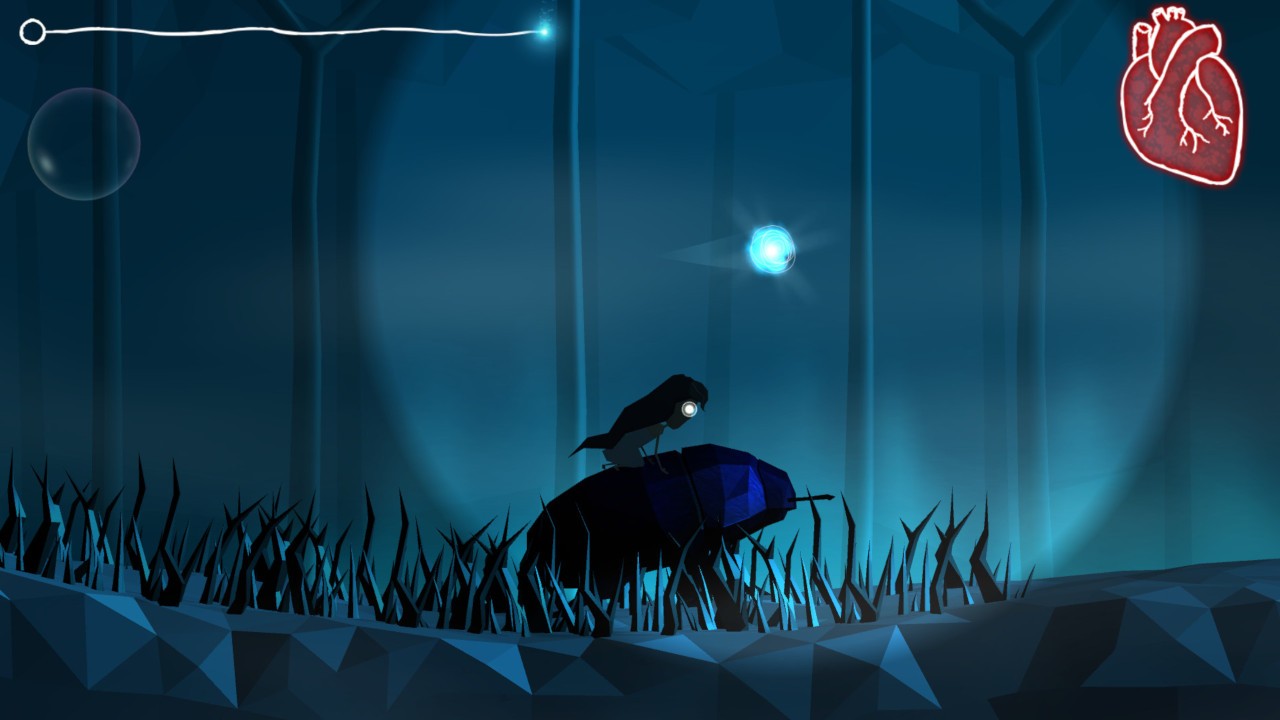 The audio of the game is less of a sound track and more of a mood board. Each chapter uses music, or it’s lack of it, to give a specific ambience. Where it is not present, the environment provides sounds relevant to the game, but also in a way where it’s addition adds to the creepy nature of the surrounding silence. Whilst not scary, the controlled use of sound certainly makes a player feel on edge at times. Even when a more amusing cameo is used, the placement still seems to add to it’s creepy nature rather than a comforting one.

I found Selma and the wisp to be a mixed bag. The game play made me frustrated and bored at times as I felt too often that solving a puzzle came down to luck, when there was an element of challenge and that there was an element of trial by death where progression could only come from falling into a trap. But balanced with this was the adorable worlds I was immersed in beyond Selma’s wardrobe. From abandoned dystopias to fun fairs interlaced with fun little cameos and neon lights; I was always looking at the environment around me while interacting with it. Add to that the story, which isn’t fleshed out in detail, but was certainly an interesting ending and you have some solid foundations with which to develop a good game.

However, as beautiful as the art style is, it doesn’t have enough meat on it to make the game worthy of a full price purchase. Ultimately the game falls short on replay-ability and in length. With less than 10 chapters and each chapter being fairly short, think the length of a super mario bros. level, the game is over relatively quickly. A full play through can be completed in a few hours, and once complete, there is little reason to pick it up again, certainly not enough reason to want to. Add this to the frustrating tedium of the gameplay at times, and the ease of the majority of puzzles and you have a game that could be so much more. Indeed, I genuinely hope that a sequel is made that addresses these issues, as doing so would turn a game from a budget indie title to one that would become as popular as those games it has been compared to. Definitely one to catch in a sale, but don’t be expecting a long play through.

Selma and the Wisp Review

Almost everyone has been afraid of monsters under their bed, but when the wisp arrives to protect Selma, a chilling adventure unfolds. Guide Selma through a world inside her wardrobe, where you won’t encounter Aslan or voyage upon the seas with the crew of the Dawn Treader but rather a dark, eerie dystopia filled with monsters, some more obvious than others.

Great use of sound to create atmosphere

Very short and with no replay value

The challenge could be increased