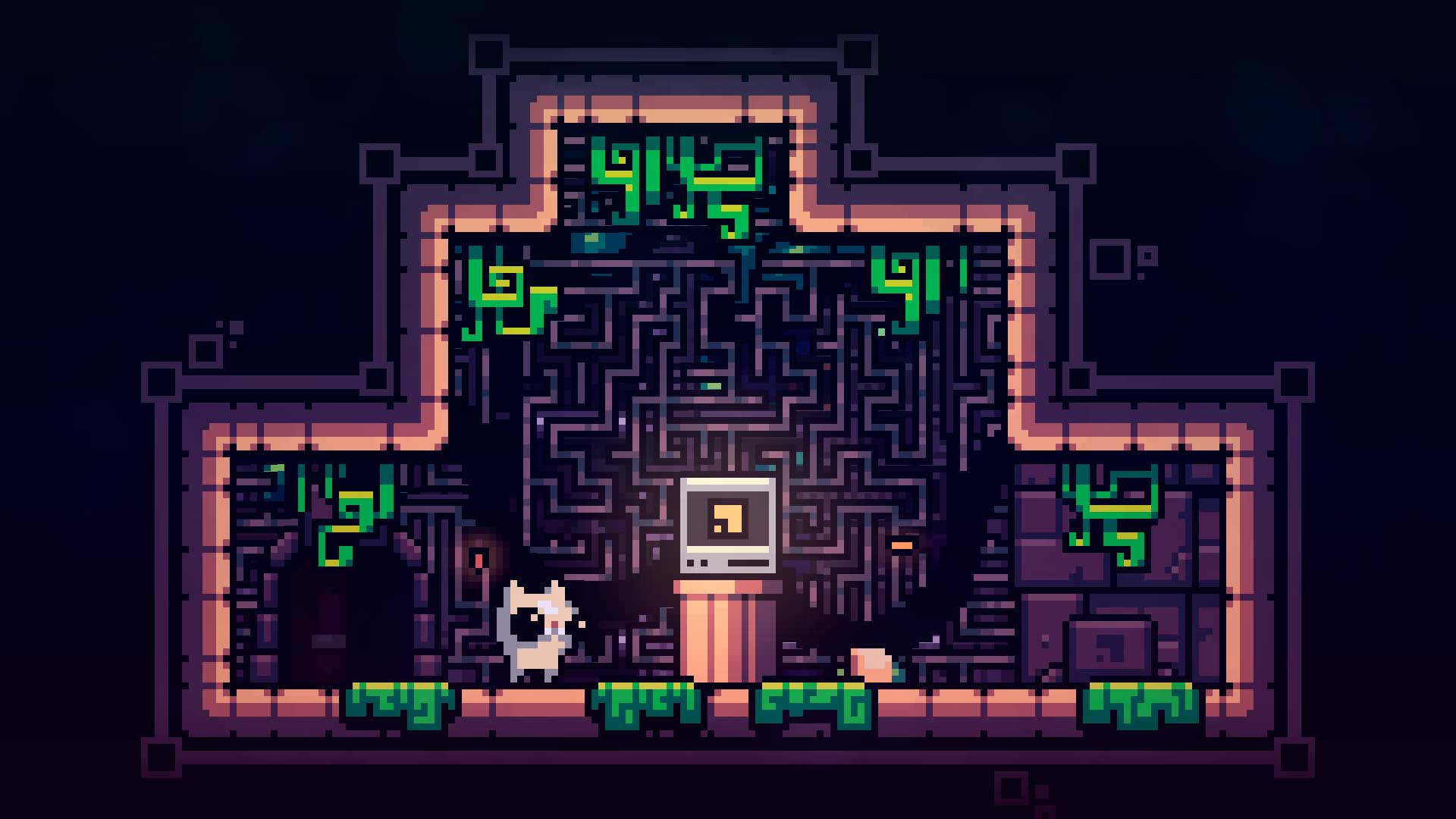 Ratalaika Games are experts in porting over mobile games to the console market. They appear to have quite a lot of custom at the moment, as the latest game to be released is Reed Remastered. Generally Ratalaika Games release titles that are pretty simple in terms of design and any trophy hunter worth their salt will smile each time Rataliaka Games add another title to their catalogue. Their games can be hit or miss, so lets find out which group Reed Remastered belongs to. For the Platinum Trophy hunters out there, Reed Remastered is definitely one to add to your to do list!

The plot involves an old supercomputer creating a digital world that, unfortunately, has started to break down. In a final effort to halt the impending doom of the digital domain, a small creature called Reed is created to save the world. It’s a fairly simple story which is rarely referred to again in Reed Remastered once you start. Each level contains a cube at the end of it which when reached lets you access the next level and also holds some data that will help keep the world together. There are 50 levels to get through, so 50 cubes to find, there are also some special hidden levels which don’t add anything complicated to the proceedings. 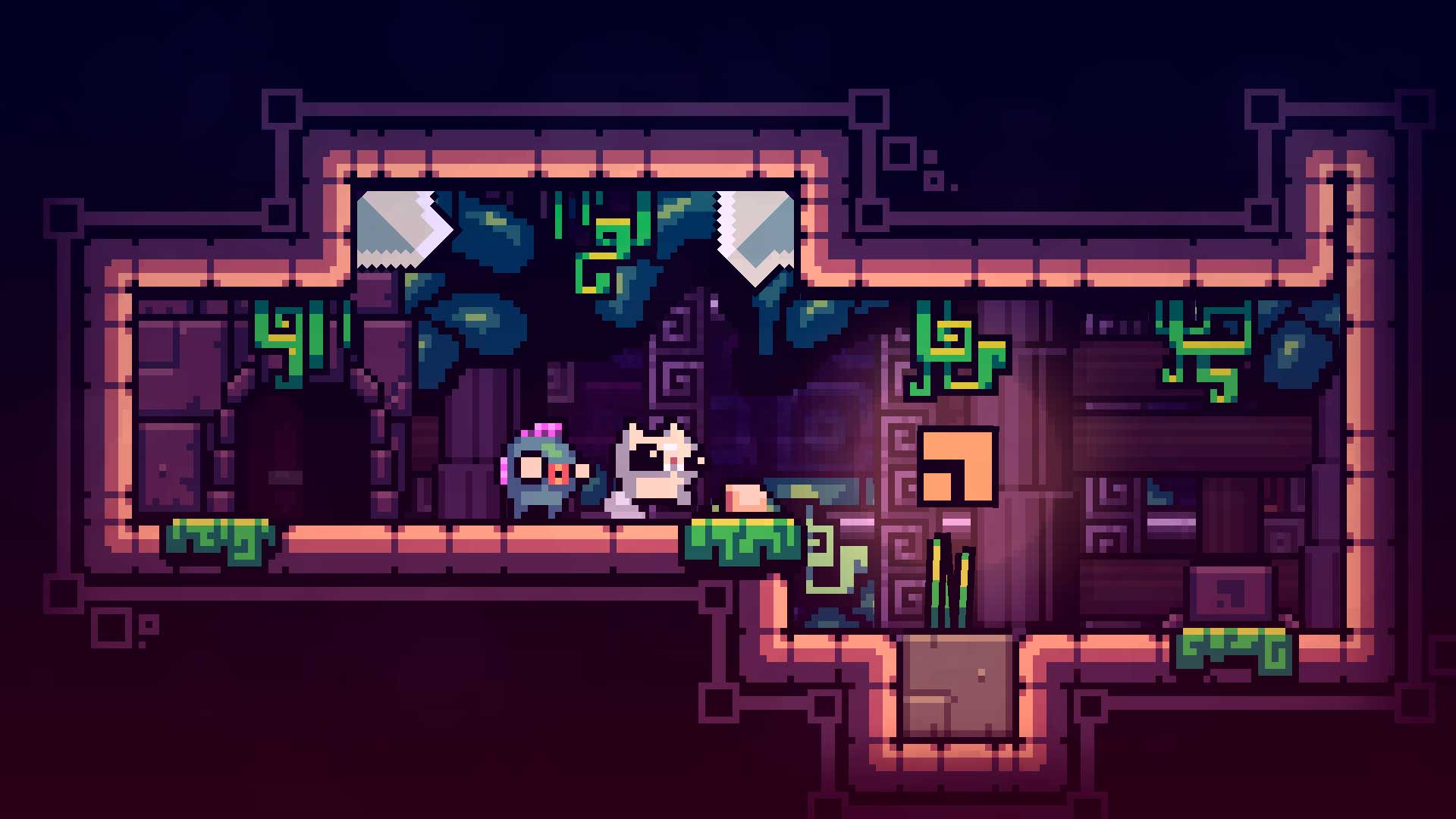 Reed Remastered is a pretty standard platformer. You run and jump, avoiding enemies, traps and hazards until you reach the cube at the end of the level. Once reached a door will appear letting you move onto the next level. When you first start Reed Remastered the early levels are really simple, doors will often be quite close to the cube, as you progress the doors will end up being further away and often mean you having to go back through some obstacles again.

Reed Remastered operates under the one hit and your dead mechanic which is always annoying, especially when you’ve opened up the door. The usual hazards can be found in Reed Remastered such as spikes, projectile shooting surfaces, timed platforms and buzzsaws. There are also crazy chickens that run around which obviously when touched will result in your demise and you have to start the level again. The level designs are pretty much the same throughout Reed Remastered. After the first 10 or so, the Reed Remastered experience will remain the same, so if you enjoyed those first 10 levels then you’ll enjoy the next forty, if you didn’t then you won’t get any entertainment from the remainder of the levels. 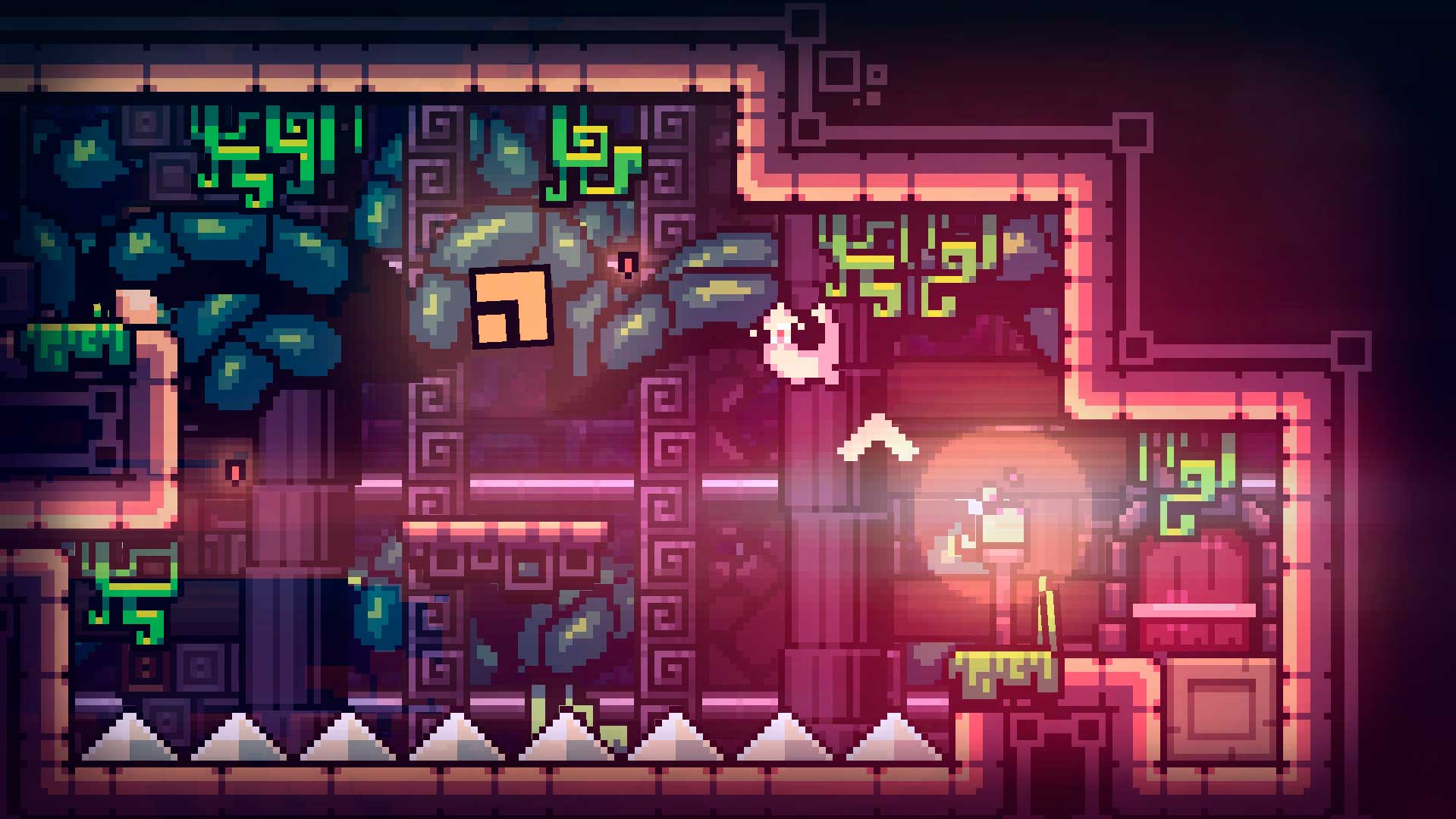 Reed Remastered main character is pretty easy to control, although they do a slightly annoying slide at the end of a big jump or run which will often result in you hitting some spikes. There isn’t much to do besides jumping and running, but what is required in Reed Remastered works mostly fine. Reed Remastered doesn’t let you see what’s underneath you, so sometimes you jump into the unknown, at least if you die then it’s a very quick respawn. Musically Reed Remastered goes for a dark synth vibe that suits the pixellated graphics, Reed Remastered isn’t a pretty game but the way it looks fits into the minimalist perspective it is going for. Once completed Reed Remastered doesn’t have any replayability as there are no scores kept or additional bonuses to uncover.

The digital world is falling apart and you’ve been created to save it!