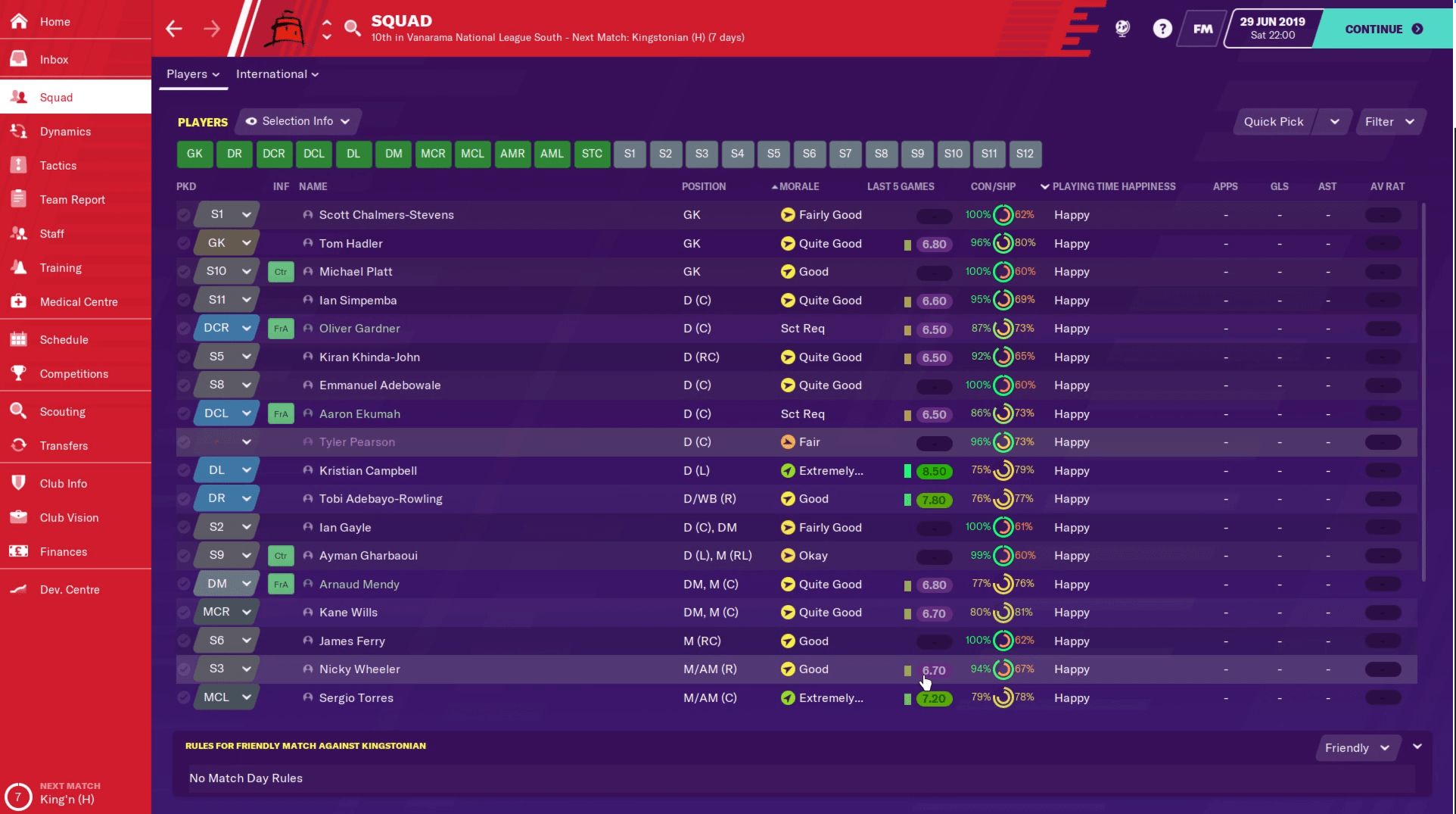 There are two things you need to bear in mind when contemplating playing a Football Management sim and that’s whether you have a love and desire for all things football and also whether you like the idea of standing on the touchline instead of actually being responsible for scoring the goals yourself. I have been a fan of the genre for as long as I have been a gamer. I recall Championship Manager 98 and I was spending my afternoons attempting to sign Taribo West because I thought it would be cool to have a player in my squad with green hair. That is the beauty of these games though, because you don’t actually see his green hair, but it puts your imagination into overdrive and the decisions in your hands. You are in fact, fully responsible for the running of a football club of your choosing.

Football Manager 2020 is many years ahead of my childhood gaming era and obviously over time, gaming has evolved and improved, as have football management titles. This review is a very special one, as it is the first title I am reviewing on Google Stadia and there is a reason for this. I wanted to see how this title performed on the cloud as essentially, the game is streamed down onto a device of your choosing. Football Manager doesn’t cascade to much more than mobile devices and the Nintendo Switch and these versions are dumbed down compared with the full Football Manager experience. I will outline that I am using a Google Chromecast with the official Stadia application using wi-fi connection with a download speed of 300mbps. Football Manager games are power consuming when played on PC’s due to its huge database and intuitive match engine. 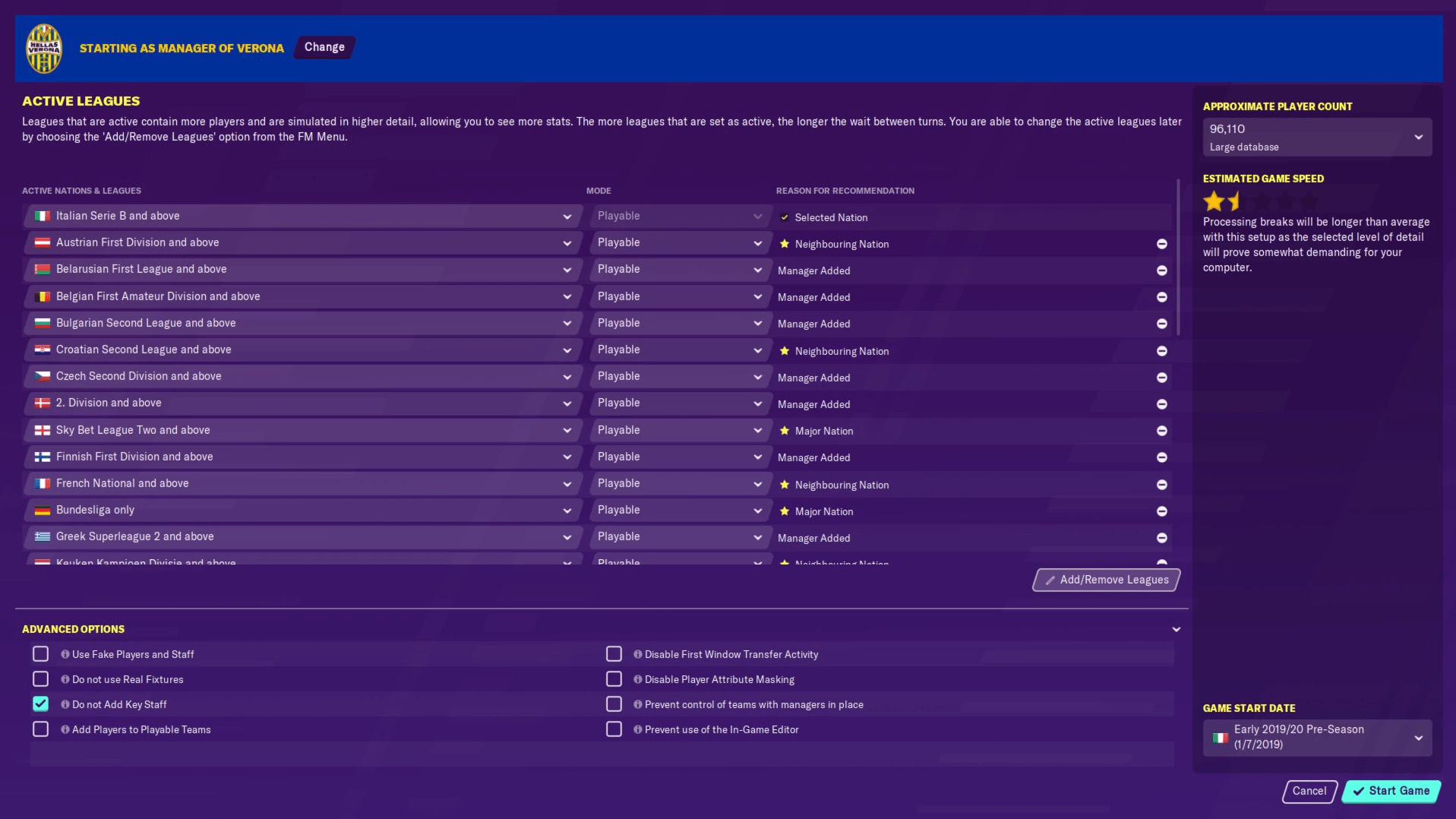 Before I get deep into how the actual game plays, I will talk a little about performance on the Google Stadia version. I was initially excited to give this a run for its money as, even though I have a PC and it can handle plenty of leagues at once, I was intrigued to see how this compared. I picked all the European leagues and its tiers to the lowest tier in that country. I also selected American, South American and Chinese leagues and the estimate that the performance was still at four stars with this much database, I was pleasantly surprised. I doubt my PC would manage that and it is a high end rig.

I have had a bit of a hiatus with Football Manager games with my last one being Football Manager 2016. So I was interested to see how far it had come on in the past four years. The first thing I instantly noticed is the option to create your own manager and his image along with it. I could literally make an egg head in a tracksuit much like I am in real life now, so this was a fun addition and a welcoming one too. Now, you’d think this would be a daunting first experience as a newcomer to a Football Manager title or if you had not played in a long time, with all the different options and outlooks in the menus. Sports Interactive have helpfully introduced many tutorial options to almost all aspects when you start the career and this is much needed and warranted and so cleverly tied in, so this really impressed me. It will take you through how to deal with training, scouting, transfers, team talks, the lot and even a veteran like me needs their hand holding sometimes you know. However, they don’t hold your hand too much as essentially you’ll be left to make every decision in the finest of detail. There is a lot to learn here, but you’ll find yourself buzzing around the menus and knowing where everything is like the back of your hand soon enough. 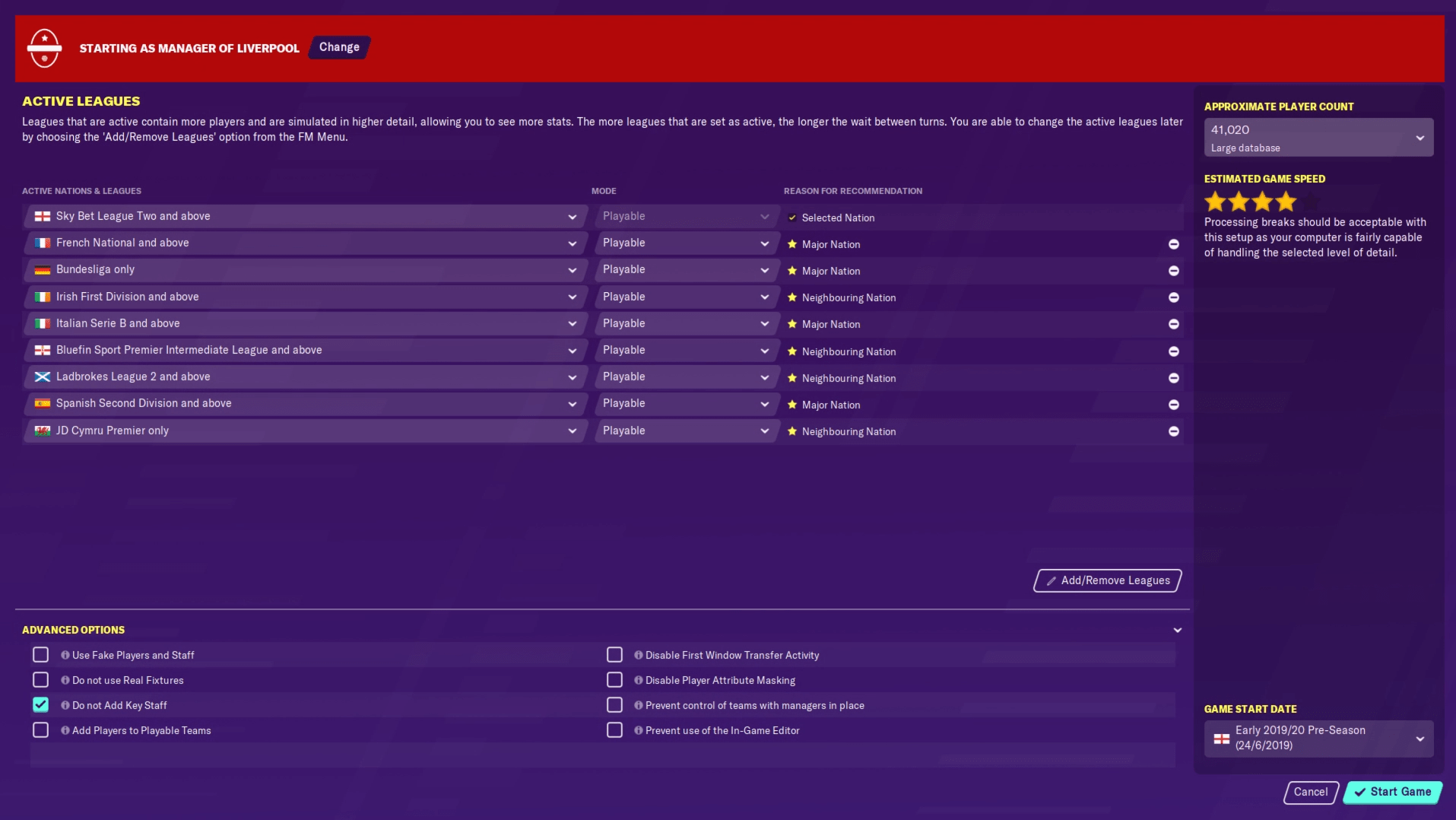 What I particularly enjoyed was the sense of how this game has evolved in a sense of the fact that you’re not just responsible for running the football club, but you now have to tick off long term commitments and focus on building the clubs future. I found myself spending hours just looking at youth prospects to join my under 18’s and 23’s squads, whilst managing Manchester United. This is something I wouldn’t have dreamed of doing in previous instalments. You also find yourself handling the finance affairs of the club a lot more carefully than usual, as you can actually track where your money is going in real time. Its extremely in-depth and ultra realistic to the point where the club vision for myself wasn’t to just “Win the league” in a set period of time. It was actually to qualify for the champions league and take it from there and work towards becoming the most reputable team in England or the world. I adored this part of the game as the board would tell you if they were not satisfied in an area of your management, where in previous years I have gone on a losing run and been sacked instantly.

Another lovely touch is the social media aspect of the game where you can actually see your fans tweeting in opinions of players, the matches, transfer targets and rumours and you as a manager. It really made me feel a sense of true pride inside when me and my team were getting results and the fans were happy. Again, something we would never have seen in a Football Manager game a few years ago. What is great about the whole setup here though is the fact that you can play at your own pace, you can adapt to make every decision yourself or bring your backroom staff in to speed up processes. The in-game match engine is flawless as always, its crisp and extremely well laid out with the ability to slow or speed the game up at any stage you wish. You will be able to get involved with press conferences, pre-match interviews, post match interviews and give your team a grilling at half or full time. It literally ticks every single box you could wish for in a game of this calibre.

There are options here if you would rather not get bombarded with information; from the get go you can opt for the Touch version of the game which is somewhat watered down, but offers enough depth for you to still be fully satisfied. There are also challenge modes to be had here, where you can try and fight to pull a team out from relegation or try and achieve set goals. It is hard to criticise anything here, because Sports Interactive seem to have everything perfect; to the point that it has dragged me away from Call Of Duty Modern Warfare for the first time in six months. This is the most in-depth Football Management sim you could ever come across but I have to warn you, it is incredibly addictive and overwhelms you with the amount of time you lose to this messiah of a game. If you’re looking to get this on a platform and can’t afford an all bells and whistles PC, then get it on Google Stadia, if your connection speeds are decent enough you’ll never have to look at buying a PC to play this because you’re getting the full monty right here. It is a sad shame that Xbox One and PlayStation are now the only platforms not to get any form of Football Manager, but who knows, with a new generation upon us, this could all change.

Football Manager 2020 on Google Stadia is surprisingly impressive and is ridiculously addictive and time consuming, but in the best way possible!

Club Vision was exciting to stick by

Development additions to the game were compelling

It can take over your life

When did I last eat?

How old am I now?