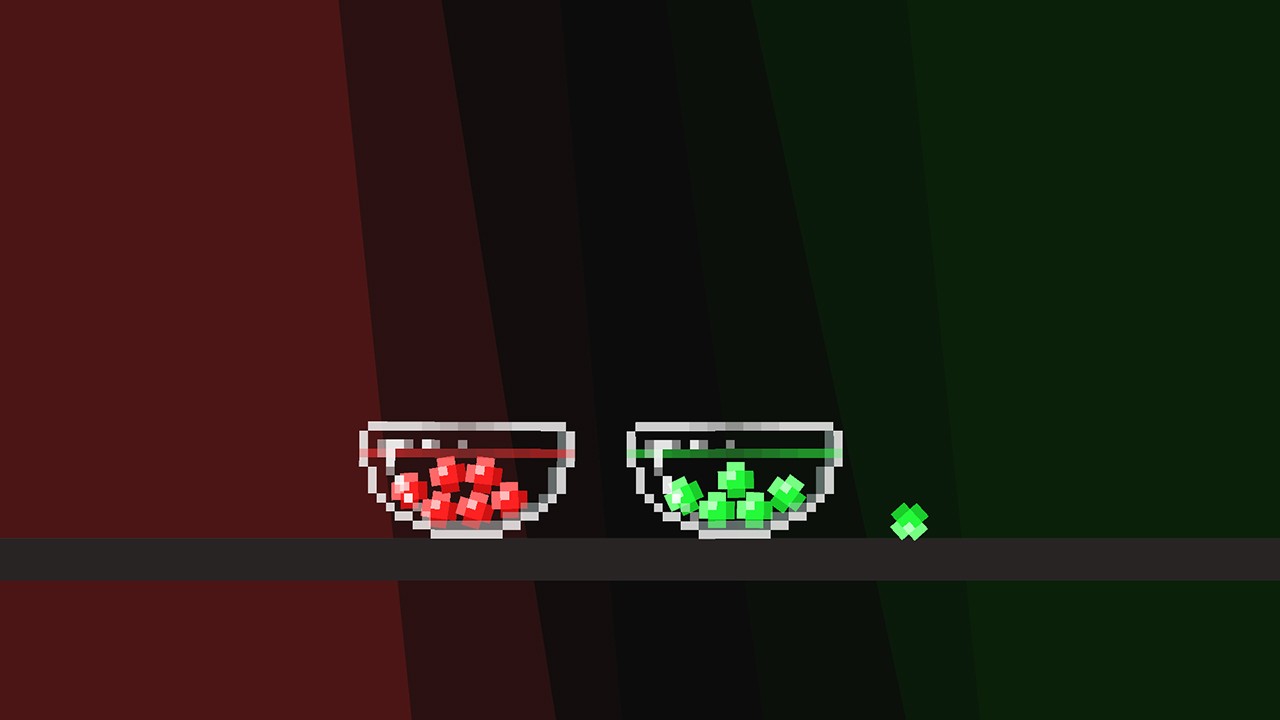 Puzzle games are a great escape on the Switch because, hey, you don’t usually want to work on puzzles forever. Take a few minutes, fit blocks in holes or whatever, go off and do something else. Some puzzle games, though, have a special element that make you stick around a bit longer. Sometimes it’s a touch of story, or a bit of atmospheric whimsy, or even a dash of trickery that makes the puzzles less obvious and thus more intriguing. Or, in the case of Team Halfbeard, it’s making a game where being an unrelenting pain is three quarters of the fun.

Dude, Stop is a sort of narrative puzzle game with a storyline behind it, though the story is neither immediately apparent nor really necessary. You’re a nameless, faceless tester who is running a series of logic puzzles in a game that a developer has worked very, very hard on. However, you, the tester, are, shall we say, not exactly obedient. In fact, there are more than a few of the puzzles (especially from the very beginning) that you cannot move past unless you do the wrong thing. Several “puzzle packs” have been created, which will unlock as you achieve the desired results per pack. The objective is simple: either be a good little player, or a naughty one, and, more often than not, you have to be both, and the results become pretty explosive for the poor developer. Which, as you quickly find out, is where the heart of the whole operation lies.

With Dude, Stop, the presentation makes you feel like thinking outside of the box is the name of the game, and you quickly acclimatise to the tone of how everything should be played. Puzzles are unlocked, gradually, through accomplishments that come from either completing or failing each and every puzzle. An early example is a display of some sandals, some socks and some feet. In order to “pass,” you go ahead, slap the sandals on the feet and there you go. Pass. If you put the socks on the feet first and then the sandals, you “fail” for creating a fashion crime and the game tells you as such. The puzzles have a wide range of ideas and approaches, from triggering a domino row to cutting a pizza and even taking a multiple choice test, and each has different ways to win and lose. Most of the time the thinking isn’t particularly hard: you can usually see what was intended and what was “not intended” within a moment of observation. The joy comes from the execution. 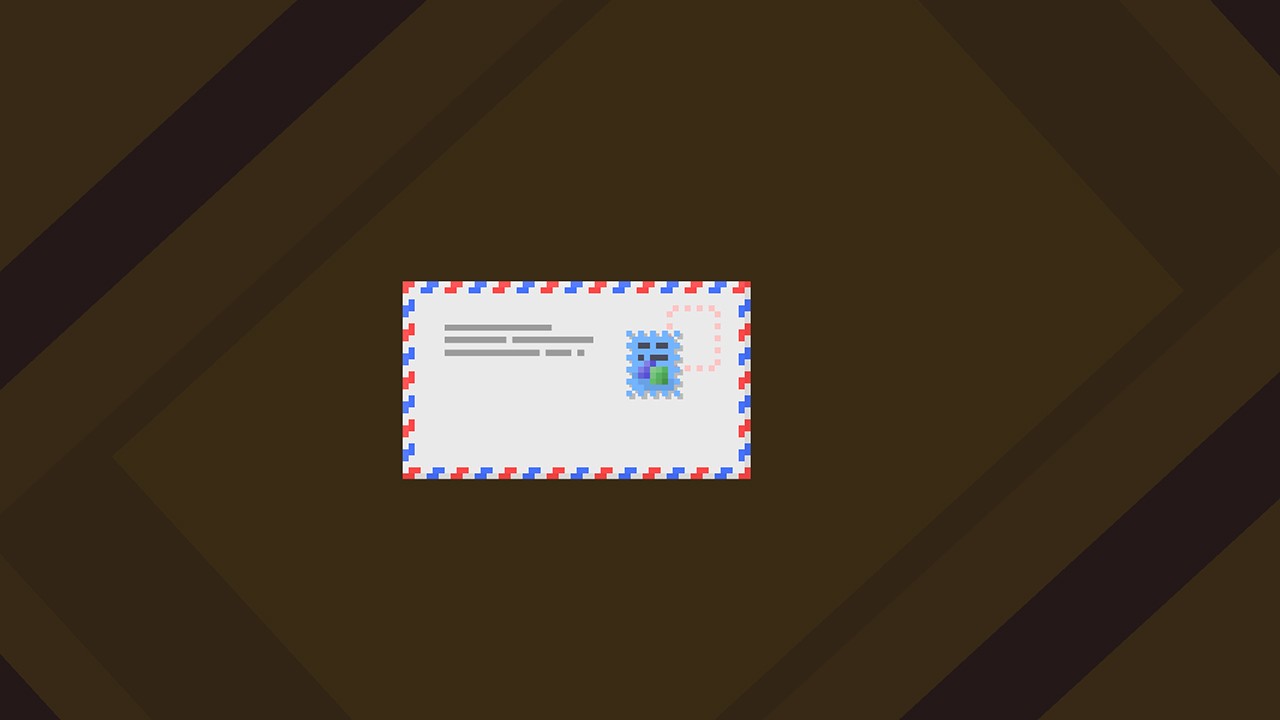 Dude, Stop has ported the effects of using a mouse to the A button and the left joystick, with the option to also use the touchscreen instead, and the effects are hit or miss with most things. For the earlier puzzles, I would recommend using the touchscreen just because it’s faster and more efficient, particularly if you’re playing in handheld mode. You can manipulate most objects without needing to really consider the dimensions and settings of anything. There are a couple of puzzles, though, where I needed to rely on the slow but sure stick and button combination. One puzzles has you picking up crayons and putting them back into the box, and there’s a crayon leaning against the box that I couldn’t grab a hold of with my finger. So be familiar with all the controls in order to move what’s needed if things don’t immediately work out in your favor.

With puzzles that come from an almost WarioWare sort of logic and design, the game then lives and dies entirely on the humor aspect, and, truth be told, it can be incredibly hit or miss. Firstly, the puzzles themselves. Most of the hilarity from doing something wrong comes from the effect of what is incorrect: I personally got a chuckle out of ticking the wrong boxes on the test and then having the giant red error messages exploding all over my screen. The messages are some of my favorites, casting serious doubt over my own mental well being and leaving me to question if I really might be stupid. Also, there are times when doing the “wrong” thing does take a bit of consideration, which doesn’t really slow you down but does make you more aware of the things you need to do, and also the mind that went into thinking up the concepts.

However, the interaction with the “developer” is where a lot of the appeal comes from, since this isn’t really a game that has a lot of replay value (in my opinion) and not a ton of streaming value either. To their credit, Team Halfbeard did a pretty great job of giving voice to this narrator and making the tone of Dude, Stop shift and evolve as you move further along with the game. You begin with someone who is politely incredulous that you might make mistakes within the puzzles: after all, all you have to do is push the domino to the right, how on earth could you mess that up? The incredulity shifts to ballistic anger, to a sort of bitter sarcasm, and, before you know it, you’re more likely to receive emotional outbursts when you get it right than when you get it wrong. The dev does have a bit of banter with you, but I think the effect would have been far better if the canned laughter was removed from a majority of the scenes. I know it’s funny when I drive through a puddle and splash characters, I don’t need a 1960’s television audience to react as well and enrage the dev further. In the same vein, though, I audibly laughed aloud when I got a Harry Potter spoiler as a reward for ruining every single puzzle in one pack. 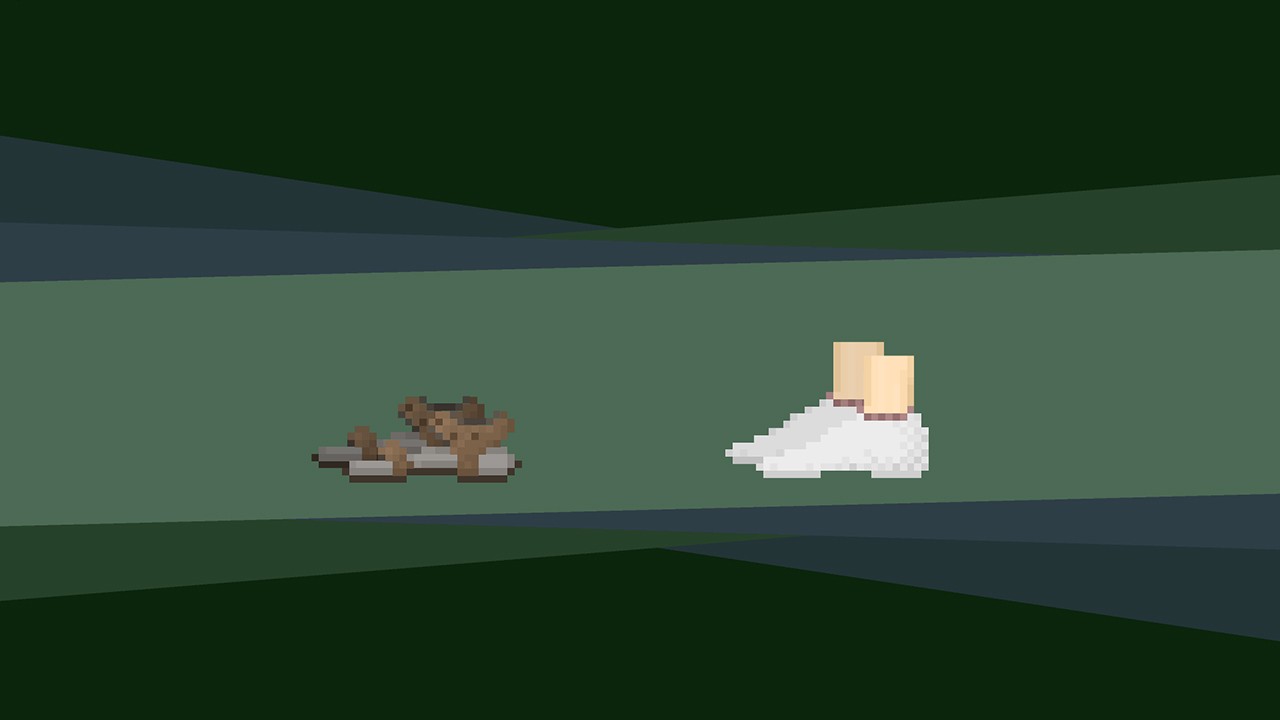 You will end up replaying some of the puzzles again, usually at least twice each. Dude, Stop will have multiple trophies per pack, and it’s sometimes fun to see what the right and wrong way are to approach a puzzle. You also have trophies for managing to do outlandish or bizarre things, like putting a stamp on a letter in the most unusual way possible. There are also a series of jigsaw puzzle pieces hidden throughout the puzzle packs that can be found through a watchful eye and unlock even more puzzles later. When you take a look at the package as a whole, it’s pretty impressive: Team Halfbeard made quite a few unique puzzles that do take time to get through, and the whole damn thing is voiced by someone who needed to show their dynamic range for surprised delight and resigned disgust at multiple results. Good writing keeps the lines from getting flat, makes the deliveries solid, and keeps it feeling personal. When the “trophy” at the end of one pack is a little late to arrive, I really enjoyed the dev trying to fill the silence with random noises and small talk.

Overall, Dude, Stop is a clever and memorable game that is great in short bursts to keep the concept fresh, but can get a bit boring and repetitive if you just keep grinding the puzzles over a long period of time. Best to get in, have a few laughs at the developer’s expense, and drop out until later. It’s a good time, and players will entertain themselves for a while with this approach. And remember to do the puzzles right once in a while: the poor dev can’t have much hair left.

Dude, Stop is a clever and memorable game that is great in short bursts to keep the concept fresh, but can get a bit boring and repetitive if you just keep grinding the puzzles over a long period of time.