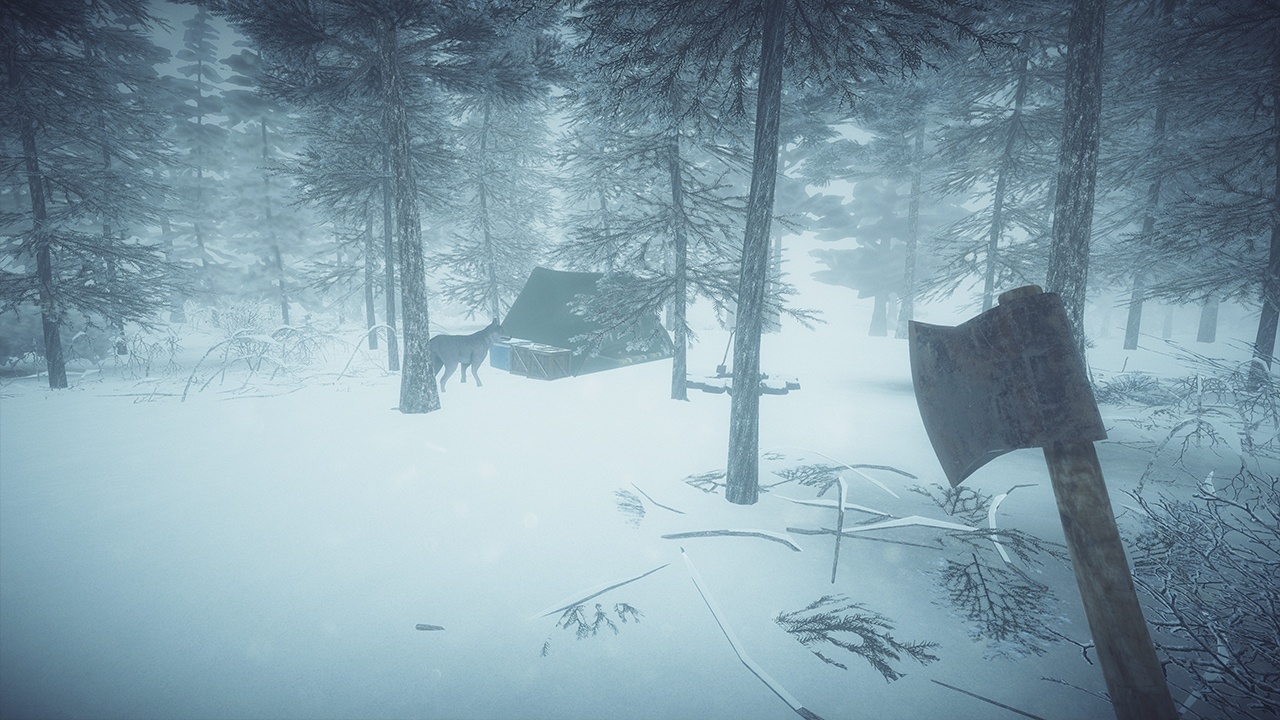 I think secretly, or not so secretly in some cases, people love the idea of being a detective. Solving mysteries, helping people, saving the day and being a hero. The murder mystery/detective genre attracts fans from all backgrounds, and has a massive following. I admit I love a good mystery puzzle game and I’m a fan of titles such as: Blacksad and Alan Wake, I also enjoy good walking simulator/survival games such as Firewatch and The Long Dark. I was particularly interested when I heard Kona was coming to Xbox Gamepass. It was clear from its description that it mixed the key elements from the previous mentioned games; puzzles, problem solving, immersive open world action with a hint of survival play chucked in for good measure.

Kona has been developed by Canadian studio Parabole and published by Ravenscourt, this part murder mystery and part walking simulator is set in the 1970s in a snowy Canadian town called Nord du Quebec. The story starts with you driving your car to meet an acquaintance for work, you play as Carl Faubert a private investigator, as you approach your destination things take a turn for the worse, you soon realise that the town is deserted, something sinister is lurking around, what can it be? Can you solve the mystery of what has happened?

The game thrusts you straight into the action, you are accompanied by a distinctive and warm narrative voice, this serves to explain the story and represents the thoughts of the protagonist. In what is essentially a free to move point and click adventure, detective game, the voice in your head becomes your guide; reading out articles when you discover discarded newspapers, and verbally describing the scenes that unfold before your eyes. You are given a map of the area, and it’s your task to explore and uncover clues to help solve the mystery, you are free to come and go as you please. The open world isn’t massive, but if you are brave enough, you can wander into the wilderness with only your torch to light the way, with no ability to set waypoints, and no on screen map you will soon find yourself disorientated and scurrying back towards town and its relative safety. Wolves patrol the outskirts, and stumbling across them in the dark is not advisable, unless you wish to have your limbs ripped off. The limitations of the open world have been designed by the developers to ensure that you eventually work your way to the end game, as you near the end the restrictions in the playing area make the world very crowded, uncomfortable and almost claustrophobic. The finale to the game is absolutely incredible, and it outweighs any of the negatives that you may encounter whilst playing. 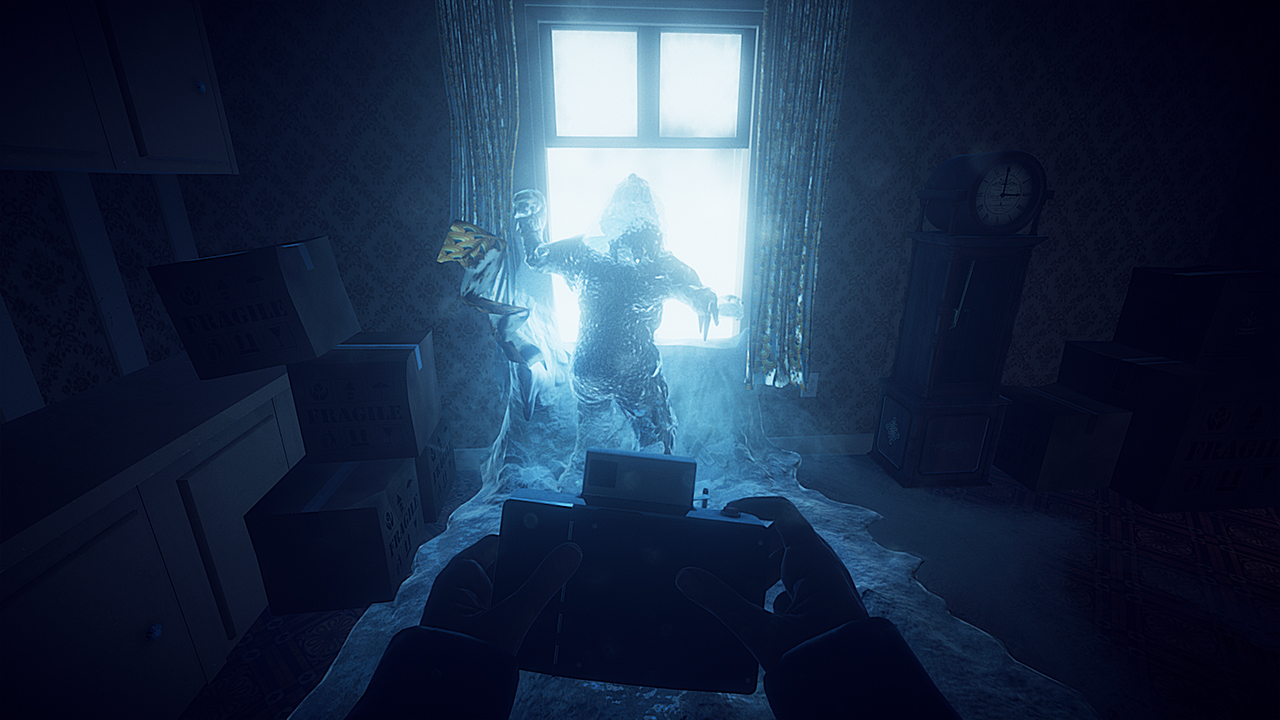 There are minor survival elements to contend with, and these relate to your health, temperature and stress levels. Canada is a pretty cold place in the winter, with the snow falling you must observe these stats whenever you journey outside, failure to do so will ensure your untimely demise. With 2 methods to nullify this risk, the worry of surviving is reduced to almost nothing. Fires and an item of clothing pretty much battle the Canadian winter, and for some reason the inhabitants of this particular village had stocked enough fire lighters that they could have lit the fires of hell for the rest of eternity. Like with all realistic survival games inventory space is at a premium, this can’t really be said for Kona. Any excess items can be placed into the boot of your car, this Tardis like vehicle never seemed to run out of space, handy if you wanted to horde items, but just a tad unrealistic. The puzzle and detective elements really are light on content, and challenge. This is a shame as it is one of the main themes of the game. You are able to piece together what has happened, but with little difficulty in obtaining the information, and no real effort other than to search in great deal in the specific areas you are investigating, it left this section feeling underdeveloped and empty.

As this is a part walking simulator I expected the game not only to hook me on the narrative, but I also wanted to lose myself in the gaming world. This was almost impossible for 2 main reasons, one much worse and considerably more annoying than the other. There was a ridiculous issue with buffering, you’d be exploring when the game would freeze in time, the only movement was a loading circle in the middle of the screen, this could last anywhere from 2 to 13 seconds, it would happen without warning, and would happen repeatedly. If you are old enough to remember dial up internet, then this will feel familiar, if you’re not, then consider yourself fortunate. Buffering to load in the next section of the game is dreadful for the latest generation of gaming consoles and PC, and this shouldn’t be an issue in a modern day title. The other issue which was slightly less pressing was the graphics quality, it wasn’t great, it felt like an end of last generation game, a lot of the models were blocky and rough, movement through the world just didn’t feel natural or smooth, it really presented the title as a low budget affair. What Parabole did well was to create a sense of despair and foreboding. This was delivered with the use of shadows and darker colours, when you ventured into the wood at night it really was eerie, it felt uncomfortable and overbearing, this worked perfectly with the genre and the game’s theme.

An atmospheric sound track accompanies all of the action, the sound of the winter wind howling around the deserted town adds to the haunting atmosphere, the distinct crunch of snow as you venture into the wilderness helps reminds you that the frozen tundra is an unforgiving environment. The narration helps to focus the player on the story by projecting Carl’s thoughts as he uncovers clues, which are spoken in a clear and calming manner. The audio really draws you in, and is the perfect accompaniment to the walking simulator. 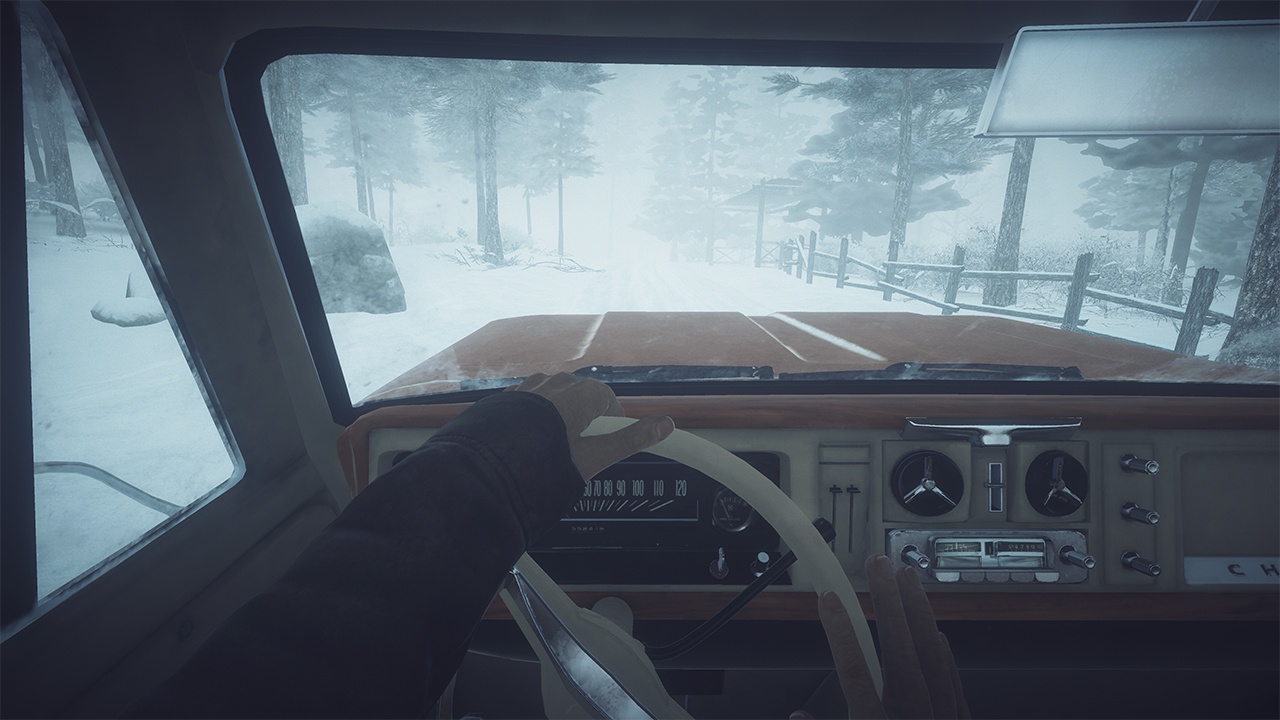 The controls were very hit and miss, I found that the analogue stick used for observing was far too sensitive, with the game being viewed in a 1st person perspective, it felt unnatural and rushed. Fortunately, you are able to adjust the sensitivity which did remove this issue. The User Interface is tidy and easy to navigate, 2 separate item wheels are used along with sub menus in order to reduce clutter. In the world the selection of useable items and objects is clearly highlighted with a white pointer, hover close by one and you will be able to interact with ease. Other than the covered issue Kona plays well on a console, and it works particularly well with a controller.

Kona’s gameplay is restricted to one specific and glorious outcome, and as such will reduce the desire to return to play if you want to experience something new, like an alternative ending. There are areas which will require additional playthrough’s if you wish to complete all the achievements and discover all the collectables. I believe its limited replay value shouldn’t put people off as the story is exceptionally good. With the developers claiming that this is part 1 of 4 perhaps this will encourage people to return, even if it’s just to refresh their memories of how the story plays out.

I have been quite critical of Kona in this review, and that’s not because it has numerous flaws, or its unplayable. Neither of those are true, it’s quite the opposite. I thoroughly enjoyed my time in the dark and depressing snowy Canadian town where the facts of a mystery played out in front of my eyes. My issue is it doesn’t know what it is, it has no identity. It’s trying to be a bit of a jack of all trades, and that doesn’t work. There is little to do in the way of puzzles, and what is present is very simple. The gathering of clues has been just par for the course, and can’t really be claimed to be detective work, and it’s just not immersive enough to be a walking simulator. Parabole really should have stuck to one genre. With the introduction of 3 additional parts to this saga, perhaps the issues experienced here will be polished out, and all that is good emphasised to create an outstanding murder mystery franchise.

Would I recommend this? I really would, firstly its free to play on Gamepass, so in the unlikely case of you not liking it, the most you have lost is a little time. Secondly, the story really had me hooked from the first moment to the last, the narration and audio is fantastic, and the environment that the game is set in is beautiful. You will feel anxious while playing, and you’ll hope to find safety even if its just for a fleeting moment. Though it doesn’t live up to everything it claims to be, just go with the flow, and collect the clues to help unravel the mystery.

Can you brave the Canadian winter and solve the mystery hidden in the town of Nord du Quebec?