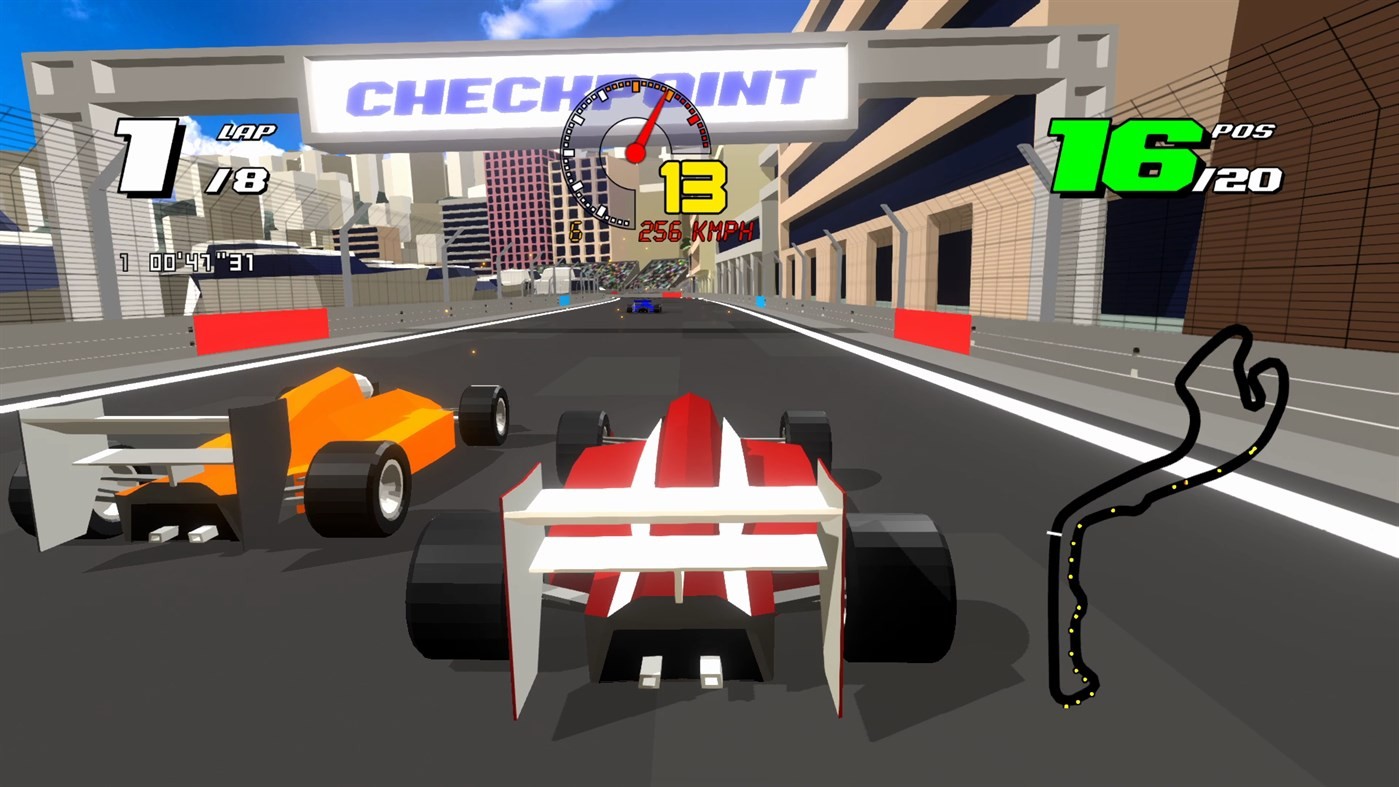 For many gamers of a certain age, there are few things more frustrating than seeing beloved gaming series going decidedly unloved. It feels like companies such as Sega and Konami in particular are just sitting on a veritable gold mine of top-tier gaming franchises with apparently little to no interest in resurrecting them any time soon (and just to be clear, mobile games don’t count…..they just don’t).

Luckily, while the painful wait for a new Silent Hill or, god help me, a new Crazy Taxi or OutRun looks likely to continue for quite some time, it appears that, now more than ever, younger developers who grew up with these games are willing to pick up the slack. From the officially supported and utterly brilliant, Street of Rage 4 to the far less official, but equally fantastic, Formula Retro Racing, it looks like we are getting sequels (or re-imaginings) to these games whether the original publishers/developers want them or not.

Formula Retro Racing is a particularly welcome surprise as, unlike the much touted return of Street of Rage, it feels like Repixel8’s fantastically old school racer essentially fell out of the sky, and honestly, in these decidedly uncertain times, this kind of unexpected treat feels all the more special – and believe me, this really is a treat. Was I waiting on tenterhooks for what is essentially Virtua Racing 2? No I was not, but now that it’s here  (and let’s be clear, this really is Virtua Racing 2 in all but name), I honestly couldn’t be happier. 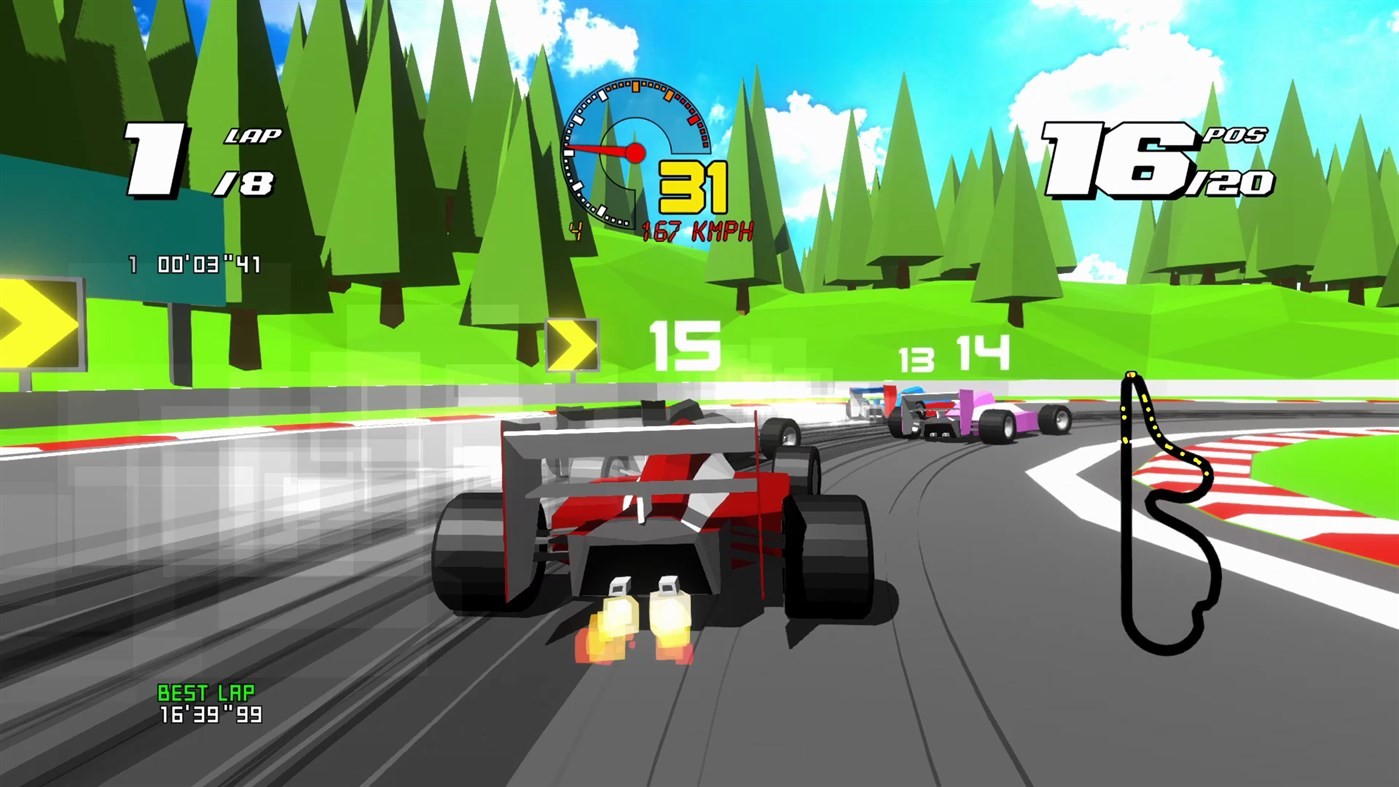 For those that aren’t au fait with Sega’s gloriously angular, primary coloured racer, Virtua Racing was essentially a proof of concept for Yu Zuzuki and AM2, and the first truly 3D racing game. Sure, other racers (many developed by Yu Suzuki and AM2) delivered something akin to 3D visuals, but this was the first all polygon racer, one that essentially led the way for the legendary likes of Daytona USA and Sega Rally. Virtua Racer might not be held with the same level of reverence as those games, but going back (a fantastic port is now available on the Nintendo Switch), it’s amazing just how well that arcade handling still holds up today, and as simple as those rudimentary 3D visuals might be, the clean simple lines ensure that Virtua Racing has actually aged quite a bit better than many of the more technically robust racers that came after it.

If you want proof of just how well those stylised 3D visuals have aged, you need look no further than Formula Retro Racing, a game that takes everything that was great about Virtua Racing and, well, doesn’t actually do all that much else if truth be told. It speaks volumes to the underlying quality of the Virtua Racing template that Formula Retro Racing can ostensibly look and play quite so similarly in 2020 and still be as fantastic as it is. Perhaps it’s down the to the severe lack of ‘pure’ arcade racers nowadays, but Formula Retro Racing, despite having both feet placed so firmly in the past, still manages to feel like an incredibly exciting racer nearly 30 years after Virtua Racer was originally released.

Those without fond memories of Virtua Racing and early 90s arcade gaming might initially struggle with the very basic (but smartly updated) visuals, but fan or not, within moments, that all blends in to the background as your attention is drawn exclusively to the simple but relentlessly intense gameplay. The sense of speed is exceptional, and the handling model, while fundamentally basic, like the best arcade games out there, manages to capture the spirit of racing without the need for any sense of actual realism.

For my money, few games (if any), have captured the intensity of Formula 1-style racing in quite the same way that Formula Retro Racing has. Sure, it’s not particularly realistic, but the sheer intensity of moving through the pack at the beautifully low-poly recreation of Monaco is one of the most enjoyable experiences in a racing game that I have had in quite some time. From the brilliantly twitchy racing and aggressive AI (something that can be admittedly infuriating at times) to the genuine risk of your car essentially exploding upon the slightest impact with another vehicle, Formula Retro Racing arguably captures the spirit of F1 racing better than any simulation ever could. 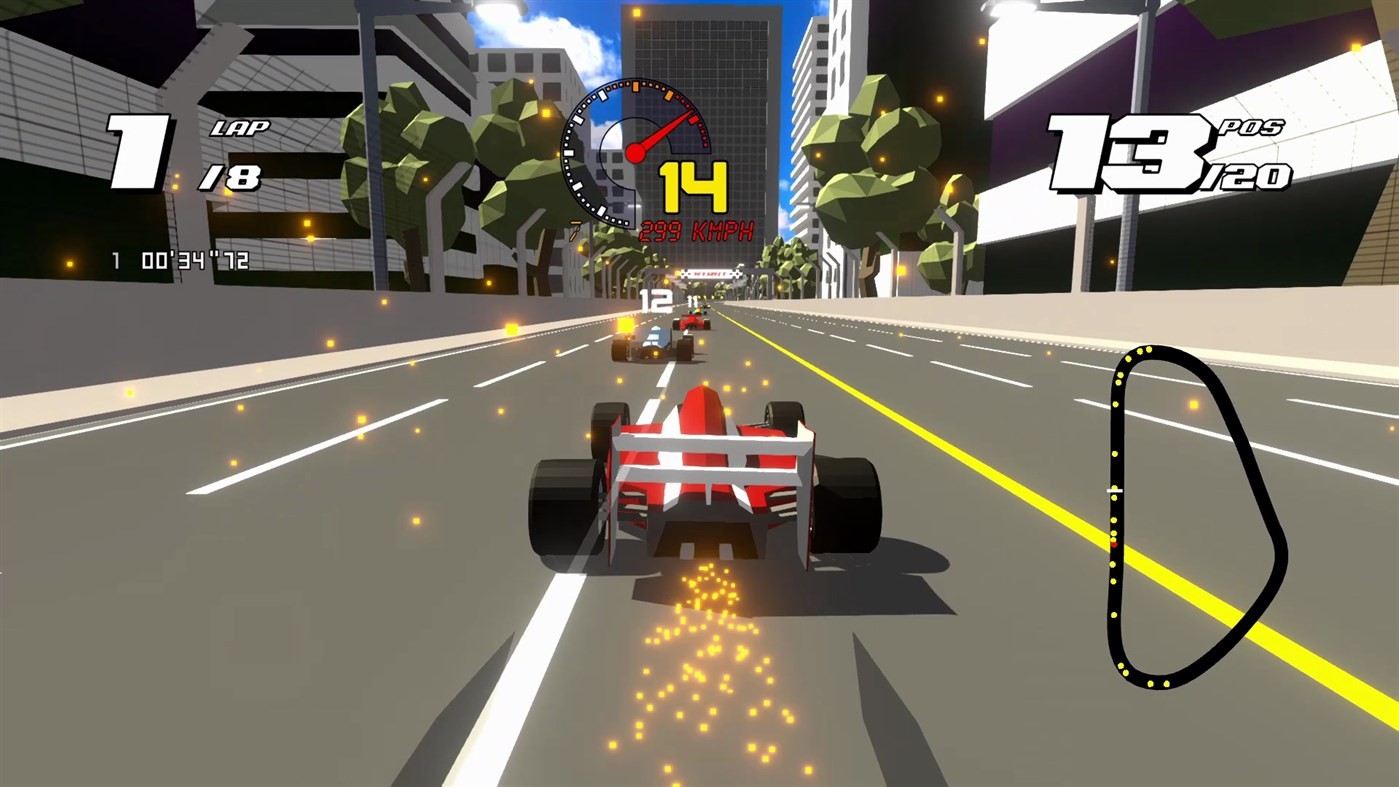 Of course, this type of seat of your pants, arcade infused racing won’t be for everyone, and with crashes easy to come by and rewinds nowhere to be seen, it’s certainly a lot less forgiving than your average modern day racer. The plus side to this of course is that everything feels so much more intense in the moment – it might be no frills racing, but by diluting the experience down to its most basic of components, Repixel8 have manged to recapture the intensity of arcade racing and deliver an experience that feels perfectly formed despite its relatively low number of tracks and modes.

Again, this is something that some gamers might take umbrage with, but like the carefully and only partially improved visuals, the game modes only deliver the most basic of additions to what one might expect to find in an actual arcade game. Beyond the Eliminator Mode which has you racing for as long as you can against increasingly aggressive AI racers, the arcade mode, while little more than a collection of eight races across three difficulties, manages to deliver a surprising amount of content thanks to the challenging nature of the races, and above all else, the inclusion of incredibly addictive online leaderboards. I’m not usually a leaderboard guy, but there is something about this game that encourages continued self-improvement. And honestly, given the nature of the game and what it’s clearly trying to achieve, creating a protracted career mode would have just felt out of place. I’ll admit that the lack of any kind of multiplayer is a major disappointment (getting 20 racers online would have no doubt been spectacular – and somewhat messy), but again, given the throwback nature of the game, it’s something that I was willing to accept

Formula Retro Racing’s mechanically simplistic driving model and defiantly old school aesthetic certainly won’t be for everyone, but for gamers of a certain age, this unlikely spiritual successor to one of the most important games of the early 90s will prove to be a genuinely fantastic, and utterly unexpected surprise. It might not be an official follow up to Sega’s game changing Virtua Racer, but for all intents and purposes, this is the sequel that we never got (and never knew we needed). I have no idea how Sega will feel about a game that pushed the term ‘homage’ to its very limits, but as a Sega fan, and a huge fan of 90s arcade racers, I couldn’t be happier that this game exists. The soundtrack lacks that little bit of Sega magic and respawning on track can certainly have its moments, but other than those most minor of issues, this feels like the Sega of old…..even if it isn’t.

I have no idea how Sega will feel about a game that pushed the term ‘homage’ to its very limits, but as a Sega fan, and a huge fan of 90s arcade racers, I couldn’t be happier that this game exists.