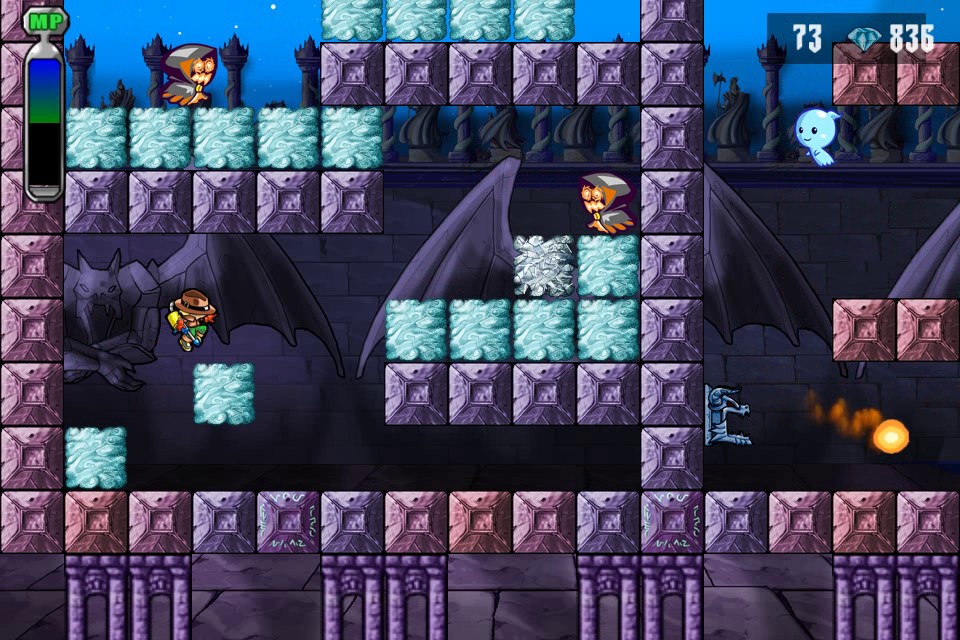 Ghost Sweeper has actually been on the market for some time now, but 7 Raven Studios have decided to port it across to consoles. In fact, the game has been on Steam now for almost four years which is a long time in the gaming world. However it doesn’t matter too much with Ghost Sweeper, as you’re about to take a deep dive into a world of nostalgia and swallow a load of retro action.

I would describe Ghost Sweeper as a puzzle platformer, similar to those we would have played during the late 80’s and early 90’s. Games like James Pond, Alex The Kidd and many more, there are so many to list here. I don’t make a habit of playing too many 2D style games these days, but it’s always nice to kick back and take some time away from the triple A goodness sometimes and play something fresh and different. The game takes inspiration from a game known as Solomon’s Key, whilst I never played this, after watching some gameplay footage on Youtube I can see the resemblance.

Ghost Sweeper boasts 8 different worlds each with 8 separate levels. Each of these worlds and levels have hidden ones amongst them too. There are also two characters in the game. So you’re set up with plenty to do and see from the get go. For a title of such a low price point there is plenty of content. 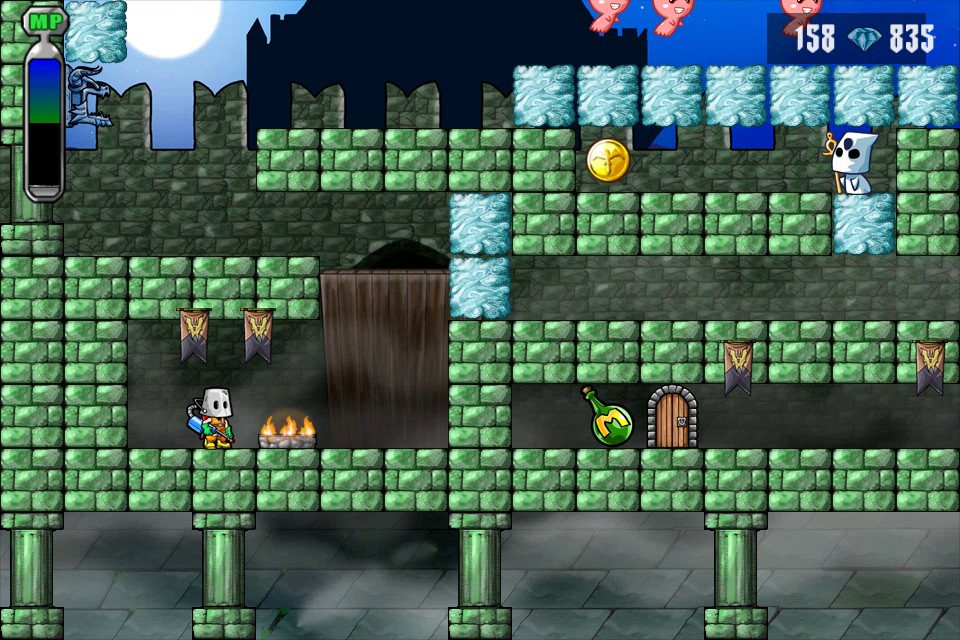 The objective of each level is to negotiate it to obtain a key and then use this to unlock a door. There are also pickups in the form of gems, coins and treasure cheats. You have to be wary as the levels are littered with enemies that you have to work around, such as ghosts, creaking skeletons, laughing pumpkins and many more. The two characters you can play as, one of them has a bucket on his head which is quite random and the other which is a cowboy type of style have differing abilities. One has a gun that emits fire and the other has a device that can suck up ghosts. The Dark Lord has risen and bought all these enemies along with him and it is John and Indy’s job to fight to the top of the Dark Lord’s towers and defeat him. You can only use the weapons if you have enough magic in your inventory which you can collect as you progress through the levels. You don’t absolutely need to use the weapons though and it will be possible to complete levels without them. Although using the weapons makes it much easier to get your way to the end.

To overcome obstacles and reach the hard to reach places you have the ability to create and get rid of blocks. You then essentially use these blocks as your platform to reach, dodge or navigate your way through each level. You can use blocks to stop enemies and to avoid being hit by them. You can also break the blocks already in place if required.

What I noticed almost immediately is the control system is very dated and clunky. The movement wasn’t as fast and fluid as I would have expected or hoped. Whilst the game isn’t super easy it isn’t exactly very challenging or demanding in its serving either. Most games of this style and genre you experience the ramping up of the difficulty as the game progresses, this didn’t appear to be the case with Ghost Sweeper. There is a variance in obstacles and the critters you encounter but they all tend to react the same as what you’ve already witnessed. 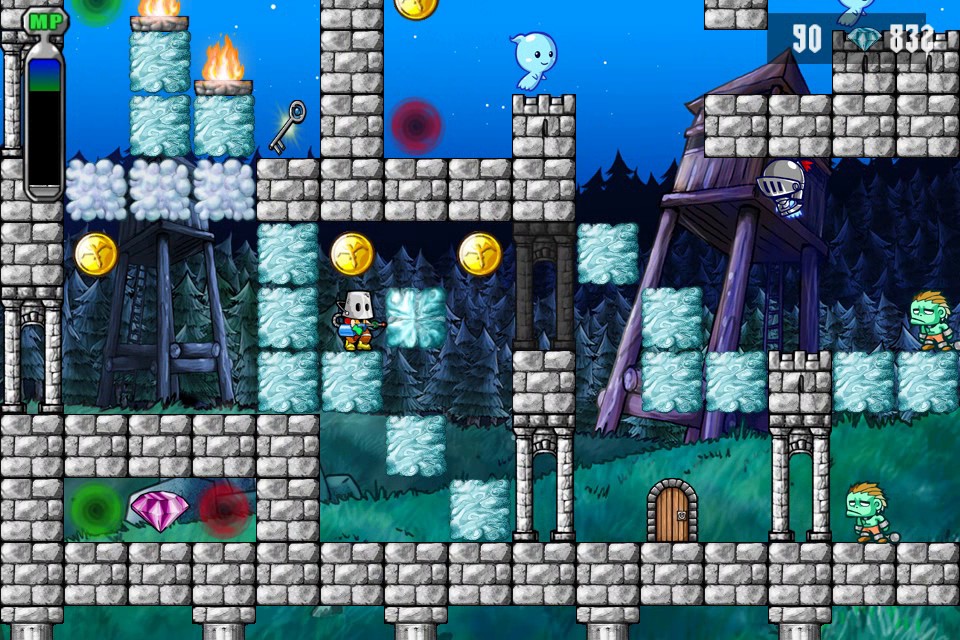 Talking about variance for a moment, each of the worlds has different music and art style which is simple and pretty enough but it does the job. The sound effects though are extremely repetitive and some effects are used quite often. I do think this could have been improved somewhat.

To be completely honest Ghost Sweeper reminds me of a mobile phone game, its something that you’d have fun ticking off bit by bit on your travels or for a casual ten minutes after a hardcore gaming session to wind you down. The price point isn’t excessive for a game of its calibre and will appeal to the casual gamer who really adores 2D platformers. Whilst I enjoyed playing through all the levels the longevity ends once you have finished. It was a nice piece of nostalgic feeling fun, but this is where it ended for me.

Ghost Sweeper is a short slice of 2D platforming fun, its nostalgic feel will take you for a ride back to the 80’s and early 90’s era.