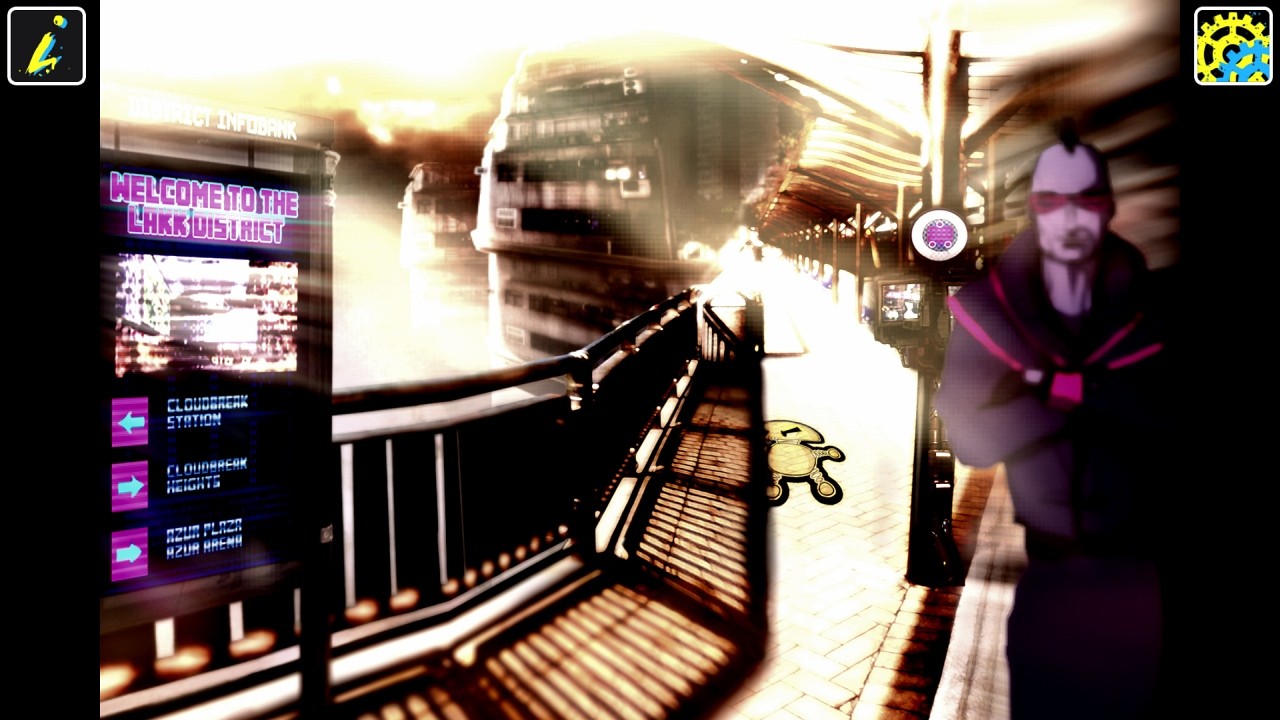 Developed by MGP Studios, Sinless is a modern take on the classic point-and-click style games. Initially released on PC, it has arrived on the Nintendo Switch, beckoning a new audience into its surrealistic world. Sinless is modelled with a cyber-punk frame of mind and the developers have given a great amount of focus in presenting the feel and presentation of these environments.

At first glance, this experience is best suited for handheld gameplay. You can either use the joystick or touchscreen to interact and explore the scenes. Physically touching the screen proves to be the most favourable choice, as the joystick configuration moves at an undesirable pace that makes exploration feel like a chore.

To add another benefit of playing Sinless portably is the access of using head or earphones. Upon starting the game, you’re advised this is the optimum away to experience what’s in store. At the title screen itself, the reasons for this recommendation become immediately apparent. Before starting the story, an eerie tune is played giving a great first impression of what to expect. From there, the soundtrack doesn’t lose any power by helping build up an atmosphere. And an unsettling one at that.

Visually, this is a sight to relish. Backgrounds are well imagined,  have good attention to detail, and blend in beautifully with the soundtrack. The majority of imagery remains fixed, while certain set pieces demonstrate animated movement. In one instance, an armed guard is stationed by a train station. His motion comes across as highly intimidating, which is amplified by the oppressive tone leading up to that moment.

Sinless begins on the top floor of a rundown mall. Its night time, and through the windows you the weather is raining heavy outside. Naturally, the protagonist wants to descend down to explore what’s going on. After the first set of stairs, you’re back to square one, striking confusion. You attempt again and manage to make enough progress before spotting a dark and mysterious figure further down. 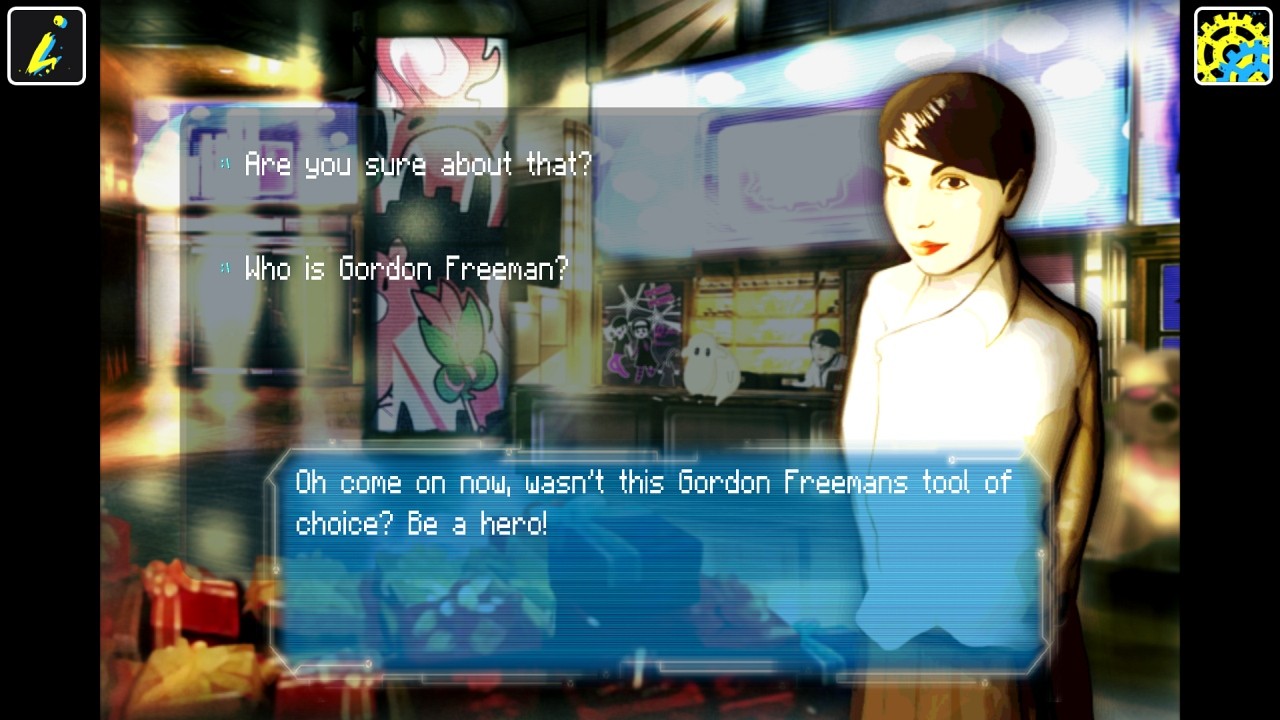 Your character will call out to this stranger and engage in quite an interesting conversation. The topic setting a strong tone for the story ahead, existentialism. This stranger goads you into taking a mysterious substance. The next thing you know, you’ve awakened inside an apartment wondering if it was all just a dream. You’re all alone and piece together that your significant other is at work and decide to meet her there.

While searching the apartment you find a gadget that becomes integral to the game, a ‘pearpod’. A device that allows you to load protocols of behaviour, at least it seems, and play mini-games. These mini-games are momentary distractions and are presented better than they’re actually designed. As an inclusion, this is more to emphasise a society influenced through video games, that comes into play during a lot of the dialogue.

The standard of dialogue is a mixed bag. Besides the mandatory NPCs, you can come across some filler to get a digest in how everyday people handle the reality around them. With the exception of the mysterious stranger, none of the other personalities really stand out, not even your own character. For me, I didn’t find an emotional connection to anyone. My focus was fixated on seeing whether this whole scenario was genuine or not, following that dream that occurred in the opening sequence.

Another telling aspect of Sinless is a series of punishments that you can stumble on. I managed to end the game early on the first attempt by forgetting to do something prior to leaving the apartment.  The developers have left a few traps when triggered, cause a game-over as you’re arrested for breaking a law. One, in particular, is painfully obvious to avoid, a couple of others not so much.

Sinless sounds good, looks good, but how is it as a game? Unfortunately, the gameplay is my biggest critique. I’ve played a number of point-and-click titles that have made me come back for me and later found myself replaying weeks, months, and even years later. Sinless won’t be one of them. 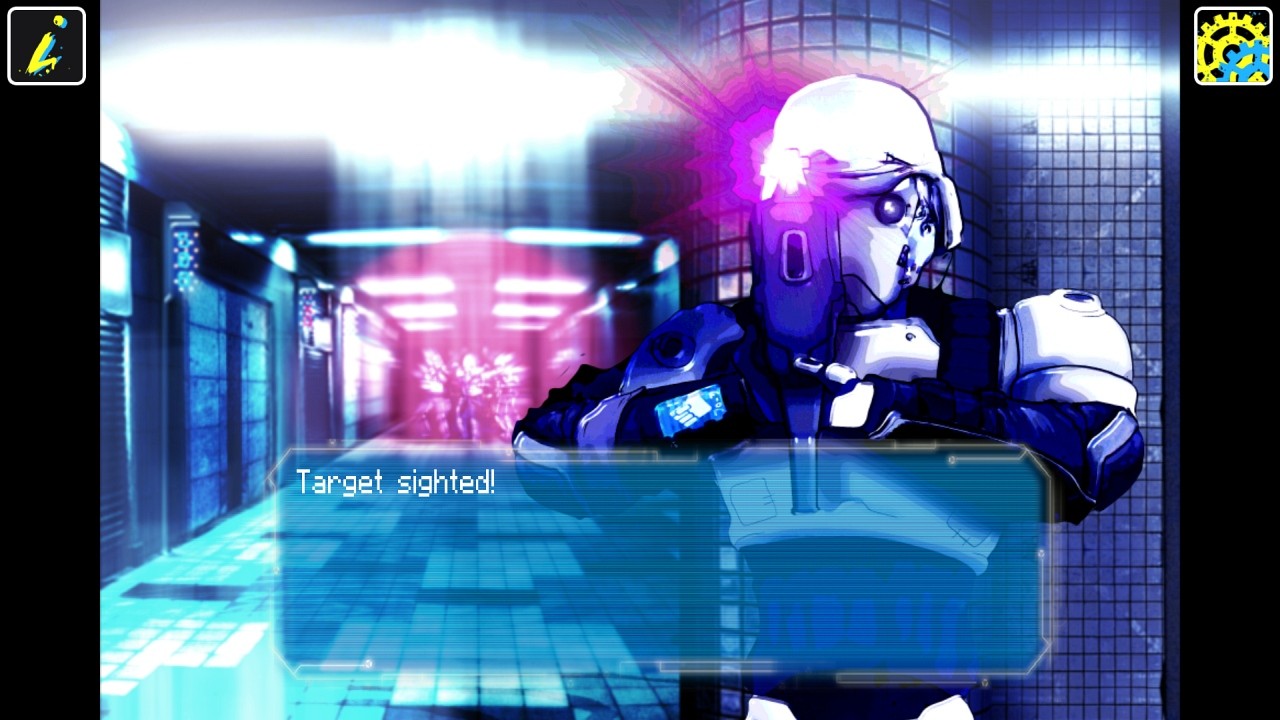 The problem, it feels disjointed. It didn’t matter how well it looked or sounded, I never found myself grounded into the world itself. Moving between areas is a sluggish affair and the storytelling doesn’t improve matters. A couple of times you’re sent the long way round to complete mundane tasks to further the journey to find your significant other. You’ll be introduced to new characters along the way during these segments, but these are one time deals, as the game itself is very short.

One part was an illogical grind where the game gave an instruction to continue by travelling to a specific location. On arrival, I discovered there wasn’t any way to carry on. The game wanted me to come in contact with an encounter that happens on the other side of the map. This is frustrating as this could have happened on route to where you’re supposed to be going.

Point-and-click adventures do involve backtracking but should have a logical basis. If something is meant to be hard to find, it should be hard to find. However, if the game sends you to go to someone’s house, you shouldn’t need to use public transportation to go elsewhere and meet a stranger for that to make a difference.

Overall, Sinless is a title that is ambitious and that shines through on the outside. On the inside, you start to learn there’s more flash here than substance. It an interesting tale that’s bundled with filler moments. Ultimately this leads to an average game at best that will likely take you less than an hour to finish and won’t tempt you to relive again.

Sinless is a title that is ambitious and that shines through on the outside. On the inside, you start to learn there’s more flash here than substance. It an interesting tale that’s bundled with filler moments.