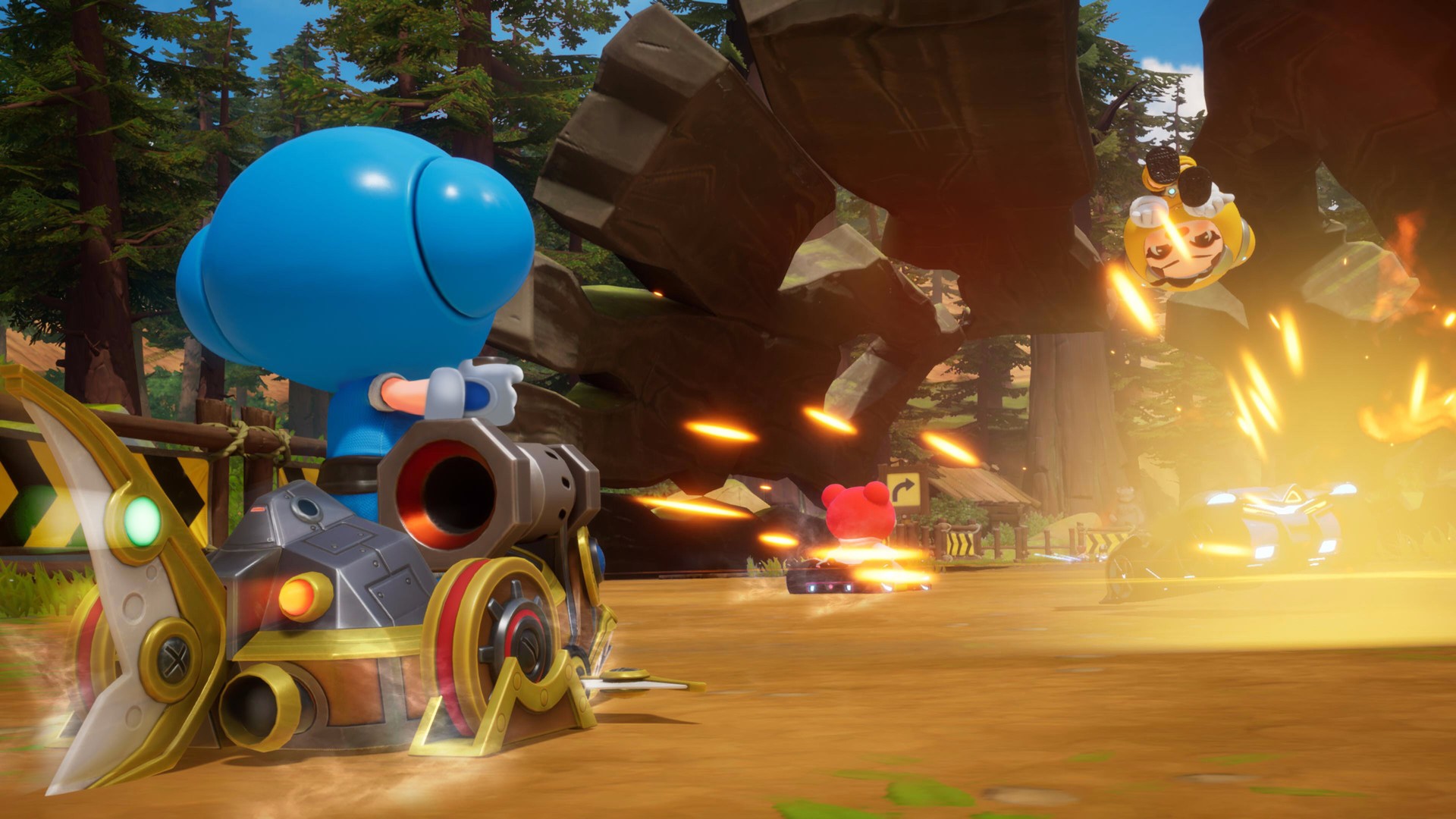 Kartrider Drift BETA is currently in its second closed phase and I’m lucky enough to be pushing out this review after playing on Xbox One. I’d like to point out early on here that this isn’t a final representation of a finished product as there will be some features missing and almost certain further polishing of the title. We’ve had a fair few karting games this generation across several platforms. Mario Kart, Crash Team Racing remake and Sonic Team Racing to name a few. Looking back at these titles they fared really well and people still play them to this date. So there is always a gap in the market for some healthy competition.

The first I’d heard of Kartrider is actually on the Google Play store for mobile devices. I downloaded Kartrider Rush+ on my Huawei P30 Pro and I’ve been hooked ever since. Now I’m unsure if it’s intentional to have a similar title close to launch on console as well as mobile telephone but early indications gave me the same vibe. Kartrider Drift is developed by NEXON KOREA and published by NEXON. The first glimpse I believe the world saw of this title was in London at an Xbox only event which was X019. We are now in the second closed BETA phase of testing of the title and I just want to state that whatever I talk about here is based on the experience put in front of me and if this is anything like the game on mobile telephones then there is still a lot missing here. This will be more about the mechanics and the overall feel than the features and modes of the game. 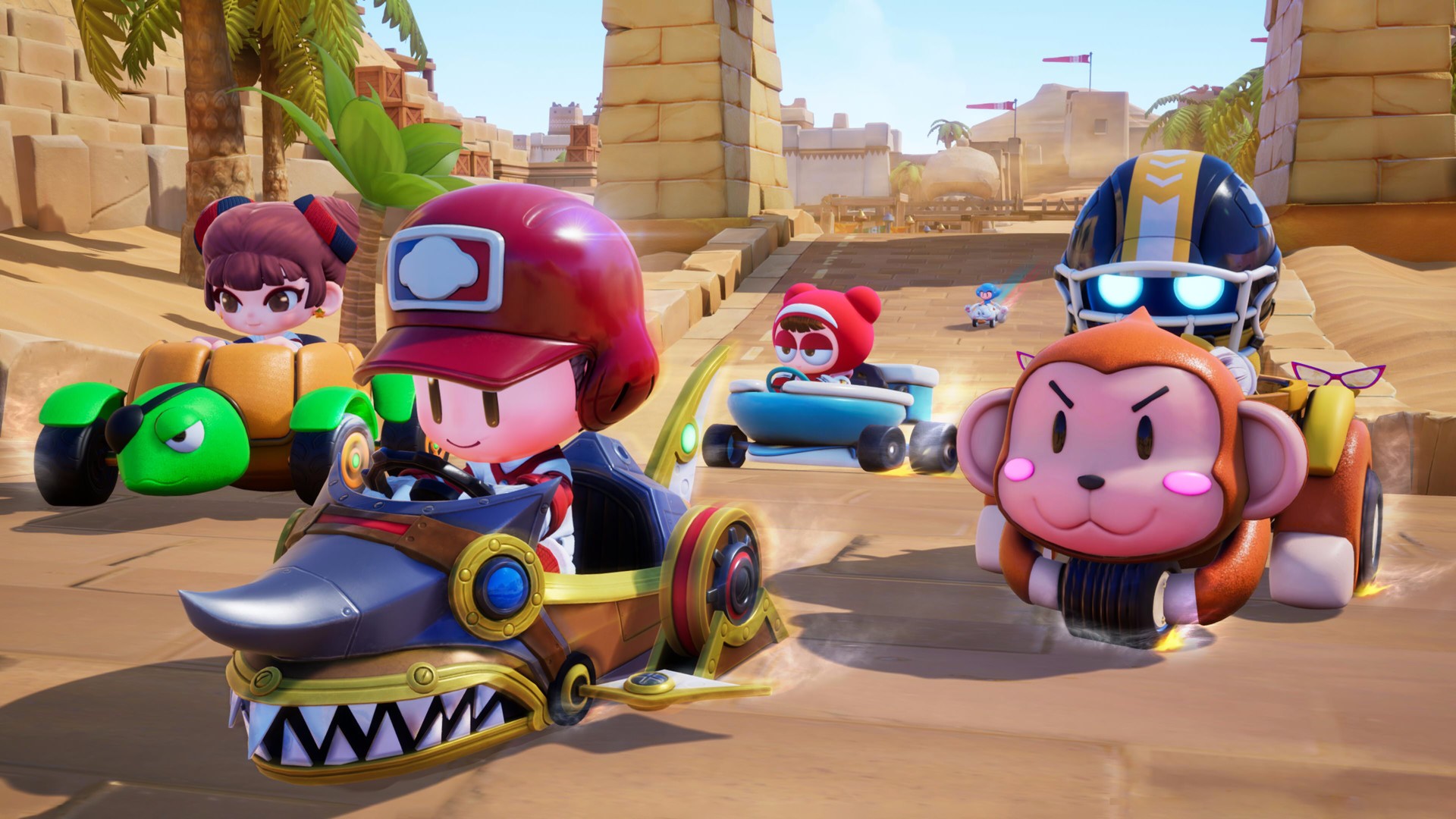 Kartrider Drift I believe will be modeling itself as a free to play title which includes crossplay. Currently, this is between PC using Steam and Xbox One. I’m unsure if there are plans to release this to Playstation 4 or Nintendo Switch but it would be nice to include all platforms within this gem of a kart racing game. The game offers crossplay between the platforms currently which is promising for both the longevity and the player base.

There are two different modes available to you on starting the game and those are item and speed race. Item race is racing with pickups that will allow you items to use such as missiles, banana skins and water bombe amongst many more. Speed race is a straight race which is based on your skill in driving, nothing can stop your driving here apart from yourself. There is no need to worry about jumping in at the deep end as there are tutorials for every section of racing. It will teach you everything from how to drive in a straight line to how to use weaponry from the crates you collect in item races. The tutorials cover every area so that you’re not scratching your head wondering what to do next. Now if you’re overly familiar with kart racing games you may want to skip straight to the action but is especially worth doing to master the boost and nitro usage which we will come onto.

The menu system is very basic here but I am obviously putting this down to it being a closed BETA and presuming there will be some more fleshed out visuals here in the full release. You’ll also notice that there is a tier progression system within the BETA which allows you to unlock more cosmetic items for your character and karts as you progress through your journey. I am under the presumption that you will be able to purchase a “Battle Pass” during the full release which will allow you to unlock more content as you play. A lot of titles are adopting this type of system for games that release as free to play. Its a great model for both the consumer and the developer as it means regular additional content at a low cost but a consistent revenue take which will allow them to focus on the game for as long as it generates an income. 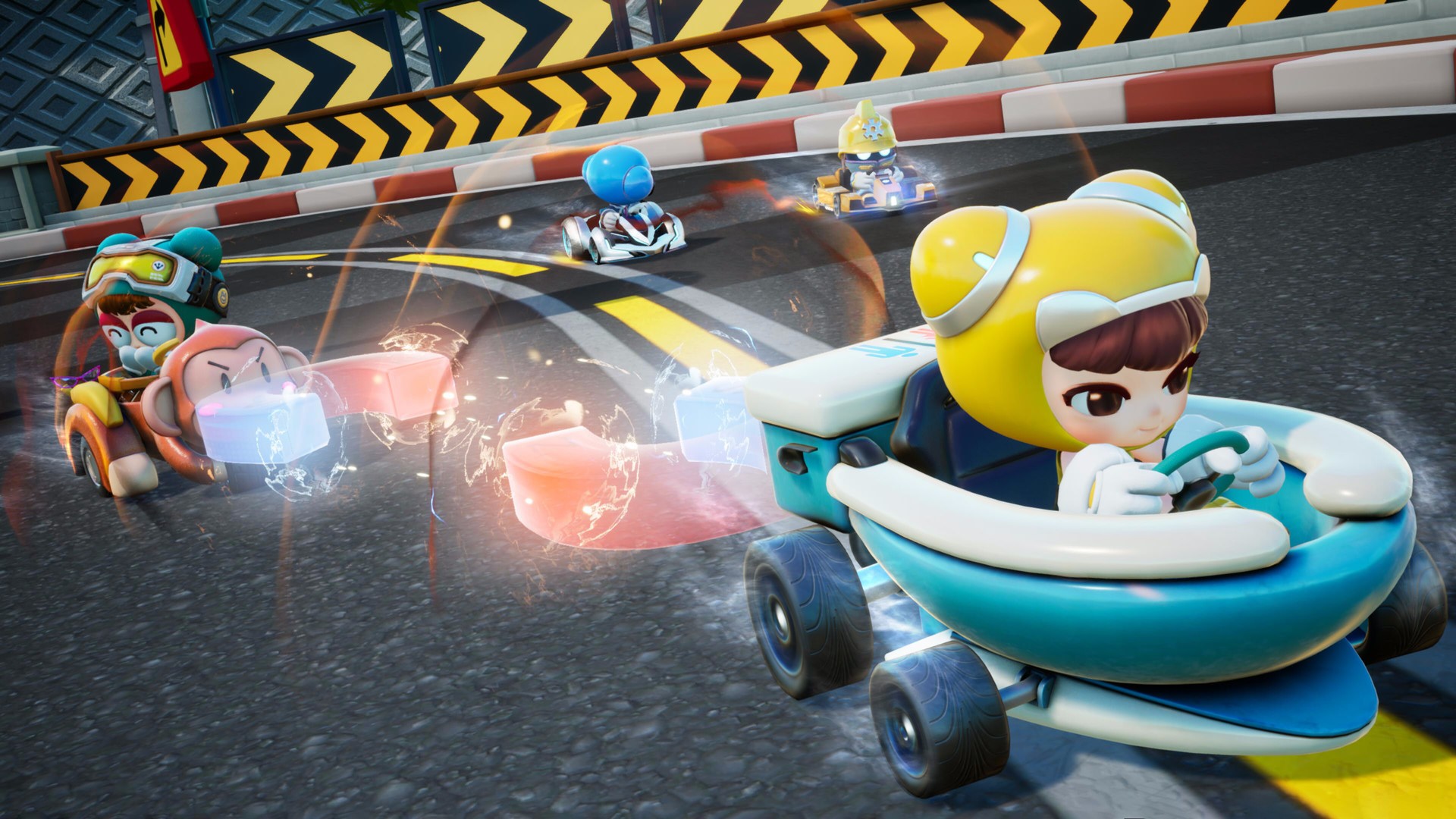 Don’t be put off by the visuals here, the game may come across as aimed at children initially as the characters are cute, colourful and vibrant. There are four characters to choose from the BETA build which are also included within the mobile telephone version so I was familiar with them. There is also a variance of karts to choose from which is initially 5 or 6 to start with but it appears that the stats of the karts have been levelled off to leave it as an even playing field during the BETA. Whether this will change on the full release I am not sure it remains to be seen. I am comparing this against the mobile phone version as it seems to be a complete game on mobile devices which has a lot to see and do alongside a battle pass system which I have invested in.

Item race appears to be the main mode most opponents were contesting with. It is very Mario Kart esque in the fact you will race against 7 other racers and the objective is to drive over crates along the way. This will gift you items such as water balloons, rockets and nitro boosts amongst more. This is where the fun element is and where you will enjoy the game most especially if you’re intending to play casually. You can also pull a friend in with you and race as a team, this really adds longevity and a competitive edge as we attempted to work together to navigate to victory but it isn’t easy. Speed race is also playable as a solo player or within two of you as friends and up to 4v4 in the same session. The objective here is similar to Item race in the fact it is a race but without the crate pickups and you are reliant on speed and precision here. There is a boost meter that you’ll have to engage with as when this fills up to max level you’ll be able to apply a speed boost to accelerate past your opponents. This is actually more fun than it sounds as if you hit your drifting and boosting correctly you can really fly through the race and come out front.

The driving elements appeared to be quite smooth and responsive to the control system however it appeared extremely clunky and frustrating if you took a corner too early or late and hit the barriers on the edge of the track. This would bring your kart to an almost immediate stop which will be almost difficult to recover from if the front runners are racing well. This is a shame as the mobile phone version handles so fluidly and if you make a fault you can recover quickly. So I do feel that this element of the game needs some hard work to make it feel right as it felt incredibly frustrating. I am sure with this only being the second closed BETA that improvements can and will be made here, this is the whole point of these tests, to stress test the server load and iron out any kinks and gain feedback from the community.

It is rather difficult to judge the whole package as I am sure there are elements of game missing but for the core experience its got real legs to be successful in the market on consoles. Yes, we have seen other karting games arrive and succeed but free to play games are no risk, you download for free, you see what you like and you invest. Where the other karting games fell down was the support for community and longevity. Sure Crash Team Racing had some grand prix events which unlocked cosmetic items but there was no real incentive to continue playing beyond that. Kartrider Drift appears to have a level system, stat tracking and support for friends to join in seamlessly. With the addition of a “Battle Pass” system it is clear to see the foundations for a large community base will be set up from the word go. I know that the mobile phone market is a very different world from video games on PC and Consoles but I’d love the game to echo the mobile phone version. The features on mobile telephone version included a fully fledged campaign mode, club racing, challenges and objectives and incentives to get the rarest loot in the game and you can even build a house and parking space for your karts.

The closed BETA phase is now coming to a close but I am sure there will be more opportunity to test this out in the coming weeks and months. One thing is for sure though this is one to keep an eye on as I do believe its got some dominance on the console market for sure. When it launches as a free to play title it is worth downloading just to test your fate as there is nothing to lose. I will return with a full review of the title when it launches fully but for now go and try and play Kartrider Rush+ on mobile devices.

Kartrider Drift oozes longevity and fun for all ages, a unique Kart Racing game to all fans of the genre out there