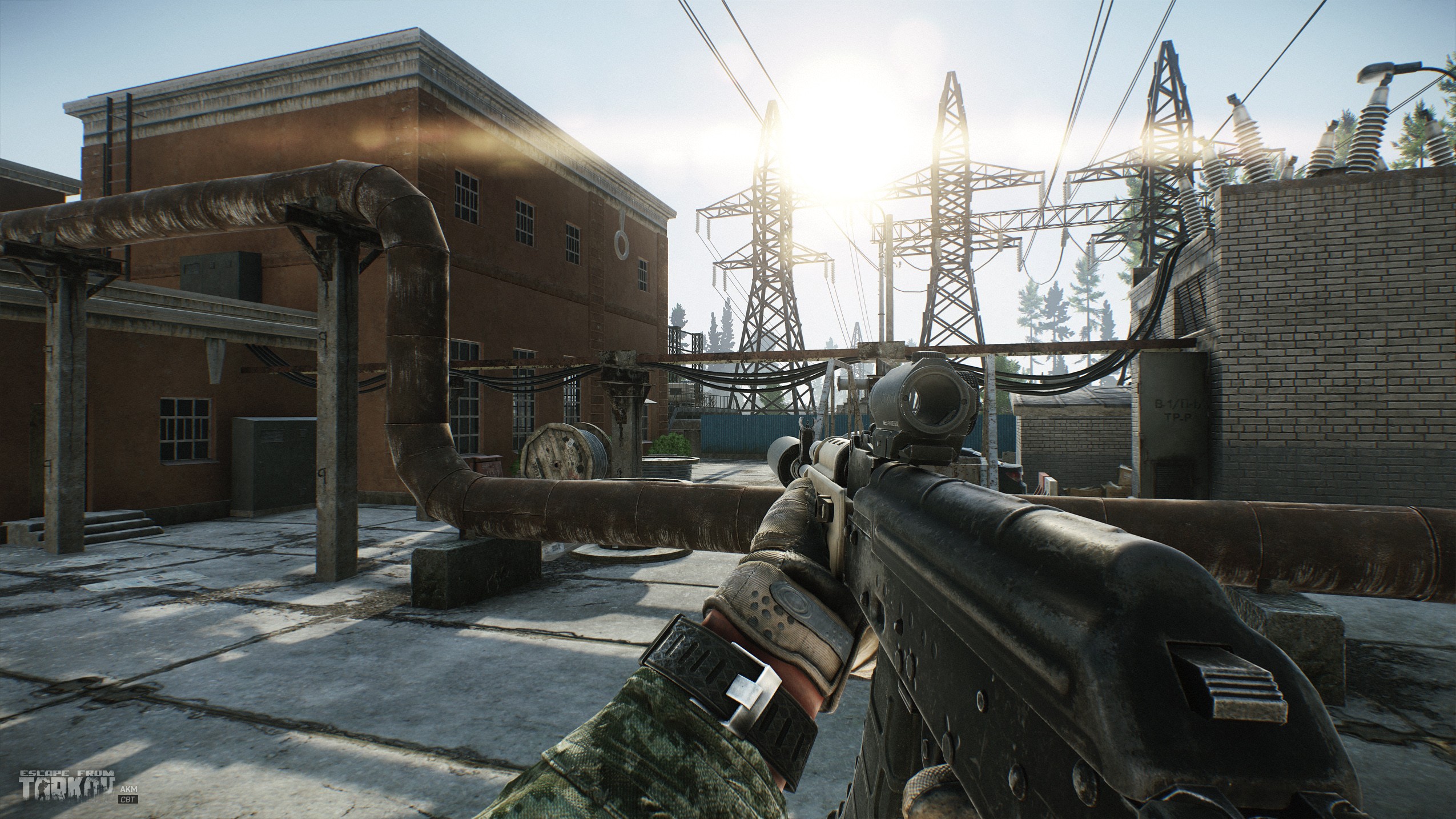 Escape from Tarkov was first released on August 4th 2016, in a closed alpha state and was later updated to a closed beta in July 2017. It was developed by Battlestate Games and genre-wise it’s a PvPvE MMO first-person shooter that rose in popularity the last few years.

First of all this game is still in beta so features from the full version might be missing and the game’s performance as of right now, isn’t that great even on a fairly high-end PC. With that said, the premise of this game is great and it has massive potential. Escape from Tarkov is set in the fictional Norvinsk region in Russia where war is set between two PMCs (private military companies) USEC and BEAR fighting over a political and economic conflict in that area.

Graphically, this game is very impressive. You couldn’t differentiate it from a standard AAA shooter, even though it’s actually an indie game. The environments and textures look amazing, the character models are really highly detailed and the weather effects are gorgeous. The animations are also great as every little detail has its own animation, including things like looking at the rounds left in your magazine, inspecting your weapon, etc. 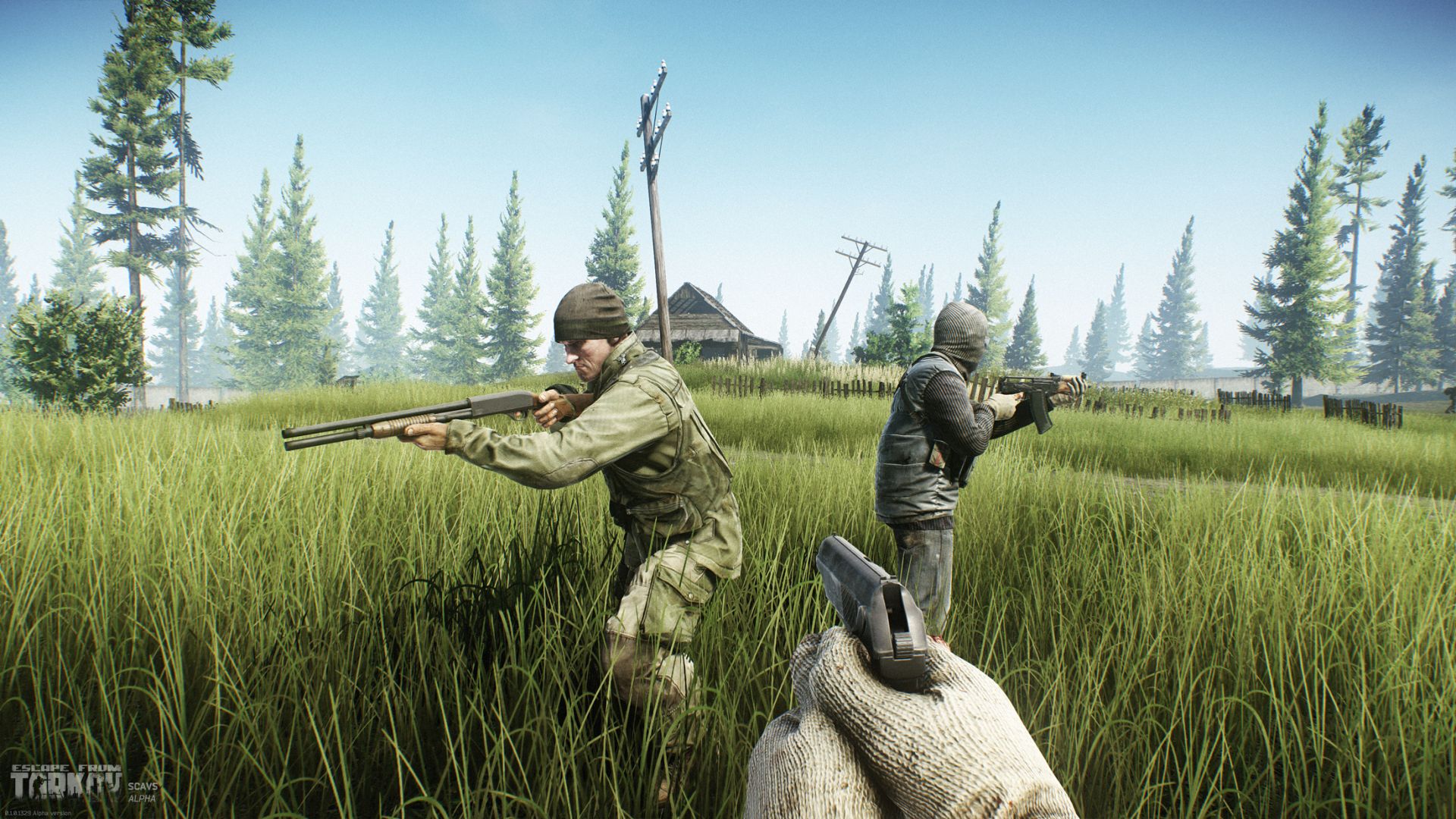 Onto the gameplay, the most important element in any shooter and especially Tarkov. When the game first starts up, you’re given a brief summary of the conflict and are then prompted to choose a PMC faction either BEAR or USEC that have differing skills from each other, but the core gameplay more or less stays the same. After that, you’re immediately thrown into the game, with a lack of any sort of tutorial as to how to get started. I’d recommend reading up on external resources like the game’s wiki or watching tutorials online to fully grasp the game as this is quite the complicated shooter and the game isn’t fully finished yet, although a tutorial is mostly expected in any game.

To get the basic gist of things I’d recommend starting a raid (a normal session in the game) in offline mode to figure out the shooting and movement mechanics. It’s also very important to look in the character tab that contains your stash, which differs on what sort of EFT edition you’ve purchased (more on that later). When you first try to start a game you’ll be able to choose between playing as either a SCAV or a PMC. SCAVs are basically local bandits to that zone, that are normally controlled by the AI, which you’ll also be able to control. Each time you pick to play as one you’ll get a random weapon and armor loadout while also having all the other SCAVs on your side (unless you shoot one of them). Unlike PMCs, SCAVs have a 10-minute cooldown from each time you play them. After selecting one of these factions you can choose where you spawn in the Tarkov map with many spots available to you from the start and others as you progress through the game. EFT has quite a deep progression system that lets you level up your character and main traits. You can choose to play the maps in either day or night time but for beginners, I’d recommend playing a map in the daytime first. 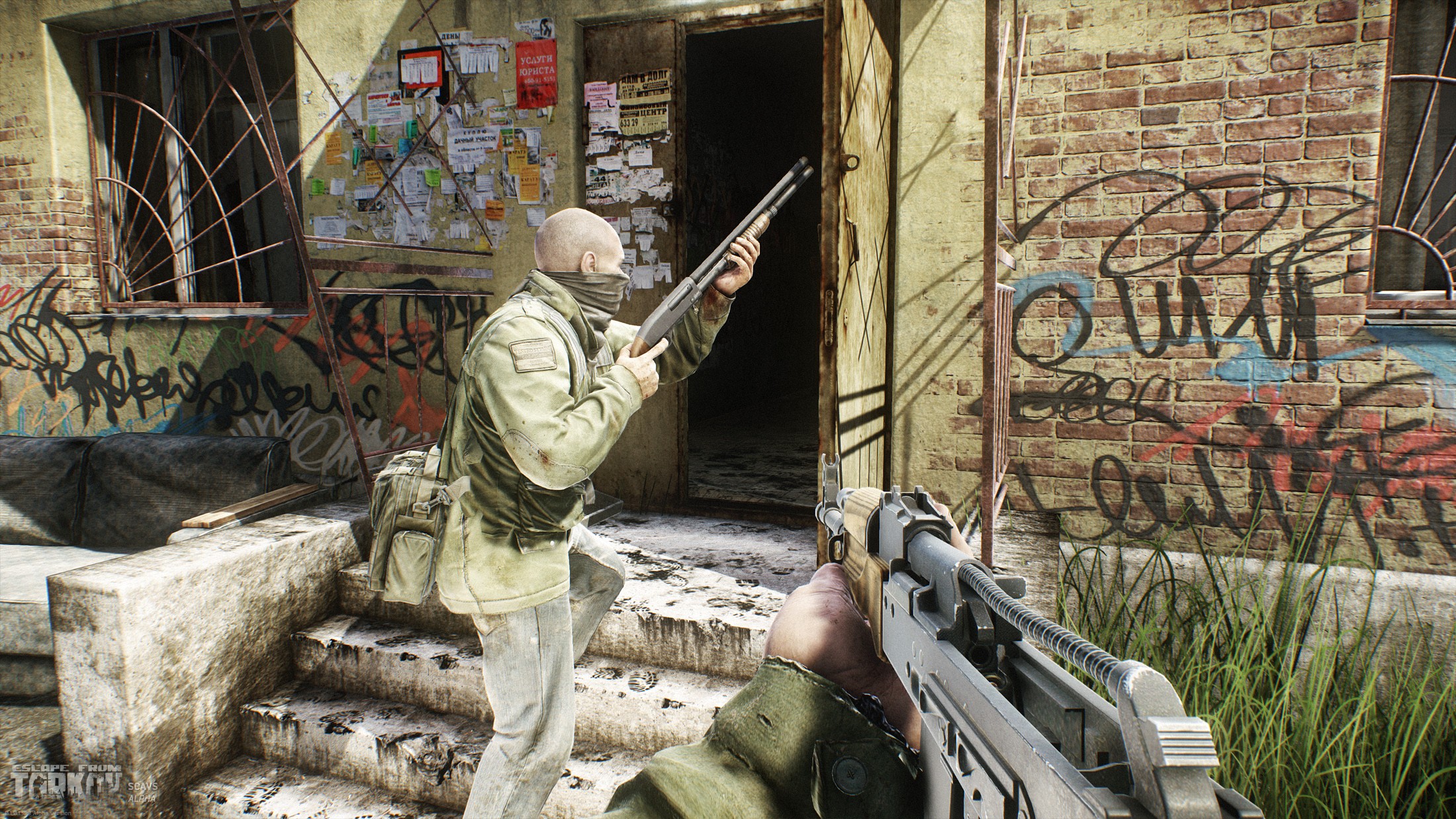 Once you get into a match, that’s where the fun really starts. You have to find an extraction point within a certain amount of time and then leave and win the raid. While you’re doing that you fight against enemy AI SCAVs and SCAV bosses as well as other players. You can loot every enemy and take their loot, but the thing is once you die and you haven’t properly secured your loot in a special container that lets you keep it forever, your loot and even the one you picked up is gone. The only way to get it back is if you’ve insured it while talking to an NPC beforehand and even then if someone picks it up it’s gone. This is a really big game seller for me as it gives the game meaning when you fight for your loot. Combined with the realistic shooting and movement, EFT turns into a full-on hardcore shooter. Except for the PVP element you can get quests to complete certain objectives from every NPC in the game that give quite a lot of rewards. You can also trade with the NPCs or sell them items through the game’s main currency, Rubles. The only problem that I have with the game’s economy is the multiple game editions that are available to purchase. Considering that for some editions you pay $100+ for a game that’s still unfinished, these seem a little bit unfair. The sound is also a big part of this game, as the main way you spot enemies is through sound. The sound effects of running through different surfaces are expertly crafted and really well made.

As for the accessibility, I have to say EFT is a hardcore shooter, which means not a lot a people can get into it mechanics-wise. That combined with the fact that there’s no actual tutorial makes this game really hard to get into for new players. Although I think once you’ve fully grasped the complicated controls and basic mechanics, you can become really decent at the game even if you’re not a big FPS fan.

The replayability in this one is what keeps it interesting, striving to get better and better loot is the premise that sells this game for a lot of people, including me. In conclusion, I’d say Escape from Tarkov is the PC gamer’s game, a complex shooter with very in-depth mechanics that will keep you playing for hours and hours on end.

Escape from Tarkov is the PC gamer’s game, a complex shooter with very in-depth mechanics that will keep you playing for hours and hours on end.