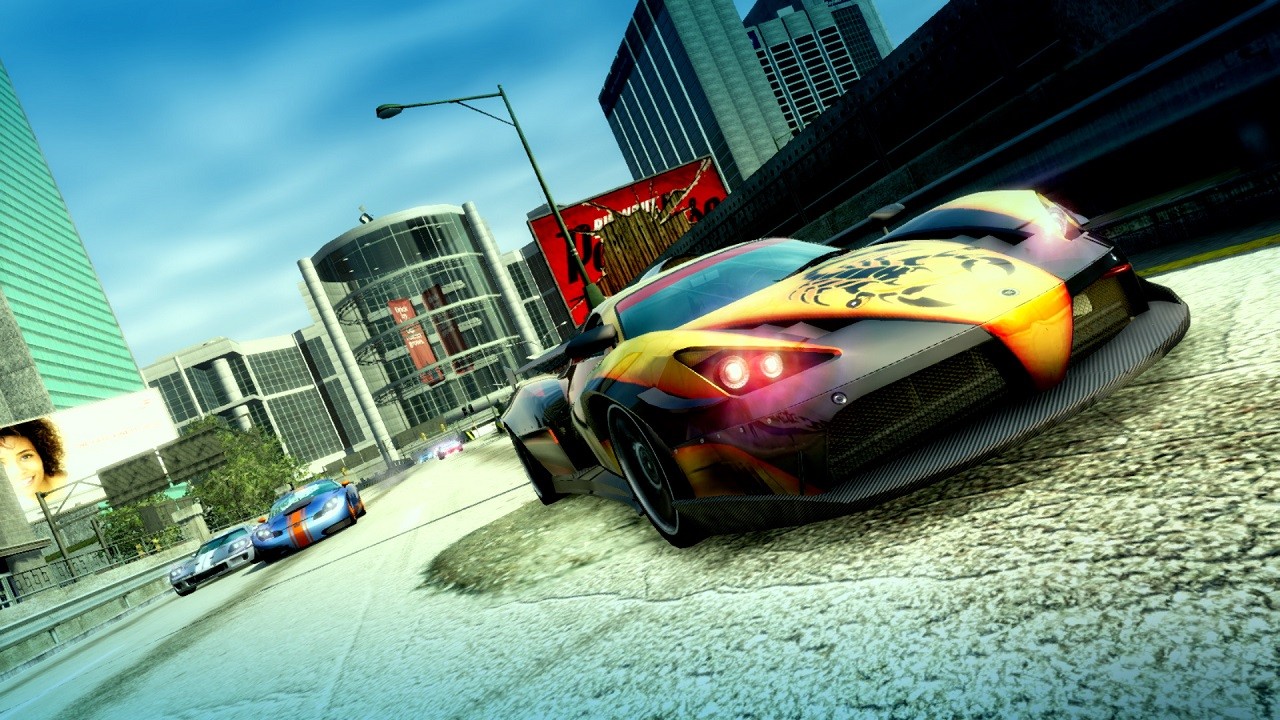 Ok, let’s deal with the elephant in the room shall we – Burnout Paradise Remastered on Switch is expensive. Way too expensive. Even if you take the usual Switch tax into account and accept that, while 12 years old in real money, it has only just come to the Switch and is portable for the very first time, asking £45 for it is, well, if not criminal, at the very least, a bit of a pi*s take. Still, if you can get over the exorbitant cost, the good news is that, 12 years later, Burnout Paradise is still an absolute classic, and despite a handful of relatively minor concessions to get it running on Switch, is an unequivocally fantastic port that, while invariably falling short of the remastered version on PS4 and Xbox One, still looks absolutely fantastic in its own right.

Going back to older games can often be disappointing – Burnout Paradise might not be the oldest game ported to current-gen consoles, but the speed in which the industry moves and the constant iteration upon successful templates ensures that going back to games you love can often be a disappointingly jarring experience; be it the visuals, the mechanics, or even something as simple as the user interface, as gamers, we quickly become accustomed to what works, to the new, and going backwards isn’t always as fun as it should be. Luckily, after Burnout Paradise, well, there was no more Burnout. It still seems crazy to actually type that – but after the critical and commercial success of Burnout Paradise, the open-world reimagining of a series that had dominated the racing scene for the previous decade, EA decided to pack the series up and call it a day. That sucks of course, but what it does mean is that Burnout Paradise is still (arguably) the pinnacle of the series, and for the most part, feels as great to play today as it did back in 2008. 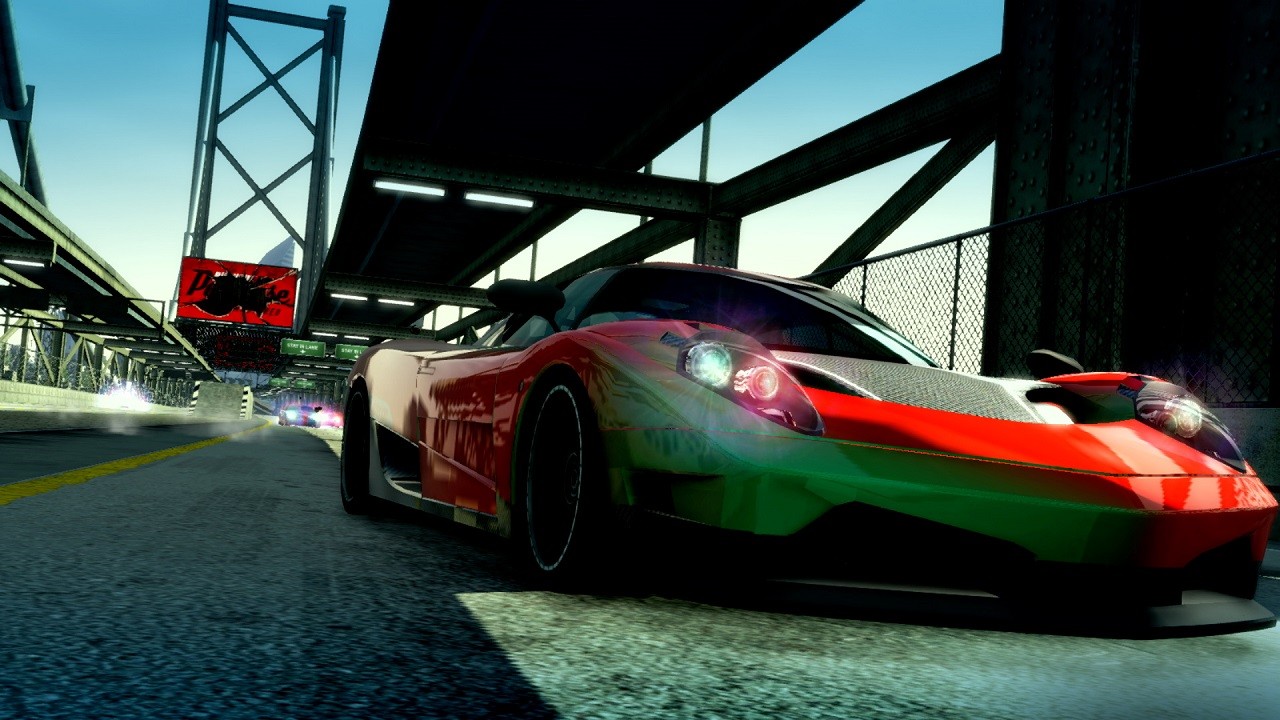 Honestly, I always preferred the more track-based, arcade-centric approach to Burnout games and can’t see past the near-perfection of Burnout 3: Takedown (one of the greatest racing games of all time), but regardless of personal opinion on which Burnout is best, make no mistake, Burnout Paradise is objectively fantastic; an open-world playground quite unlike any other, one in which all of its individual parts successfully come together to create an all but faultless whole. Be it the (still) great visuals, the seamlessly crafted open world, the fantastic handling model, or, yes, that soundtrack, Burnout Paradise remains a near-perfect coming together of mechanics and design. Ok, there is no crash mode, but despite what the naysayers might tell you, it would have always felt forced in Paradise’s seamless open world – this is a game about constant movement, constant progression, and above all else, an all but unmatched sense of freedom – to stop all that for a pre-crafted crash junction would have never felt right.

And that’s what ensures that, even after all these years, Burnout Paradise feels so fresh and exciting – the freedom. Sure, there are suggestions of where to go and what to do, but much like Zelda: Breath of the Wild, those are little more than suggestions. Heck, even the tracks are little more than suggestions – start here, finish there, you fill in the rest. I remember finding that freedom somewhat daunting back in 2008, especially coming off the back of its purely track-based predecessors, but coming to it now, it’s amazing just how freeing the design is, and that, 12 years later, nobody has come close to matching it. There have been some great open-world racers since, but none that let the handbrake off in quite the same way; be it the ability to create your own events, make your own shortcuts, or simply explore the city, Burnout Paradise gets its right on just about every level. Again, there are plenty of games that allow you to do all those things, but none that do them all as well as Criterion did here. This is never more apparent than when you’re just driving around the city – whether it be the huge Paradise City or the fantastic DLC, Surf Island (all previously released DLC is included here), just driving around, taking out cars, smashing billboards and listening to Girlfriend by Avril Lavigne remains a joy that has not been bettered in the years since its release. 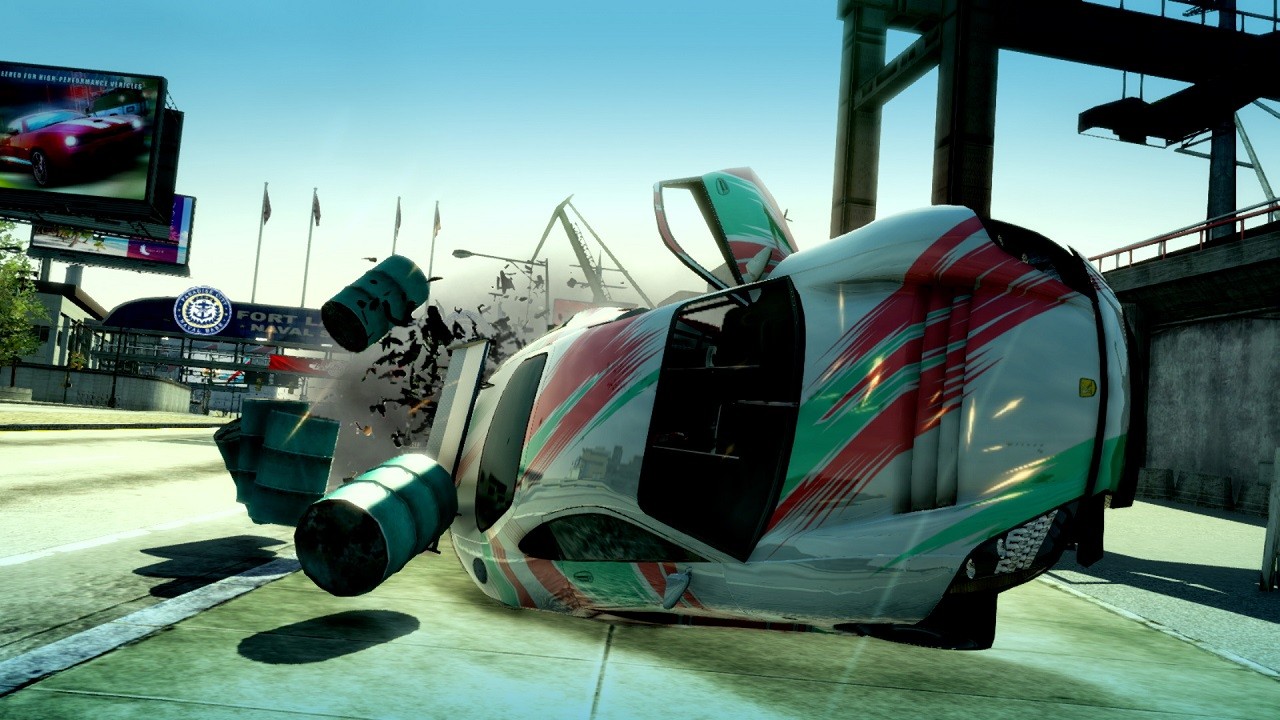 Some of those new to the series might find the lack of fast travel an issue, and might even find some of the design choices somewhat antiquated, but for most, it will all just feel beautifully streamlined – why in god’s name would you want fast travel in a world this fun to traverse anyway? Despite its advancing years, this is not one of those ‘retro’ games in which a bit of nostalgia will help you deal with its rougher edges, this is a game that feels as great today as it did when it was originally released, one that, in many respects, still feels leagues ahead of its more rigidly designed modern-day counterparts. It might fall short of the recently released Xbox One and PS4 versions in terms of visual fidelity, but at 60fps in both docked and undocked modes, this Switch port runs beautifully, and as far as handheld racers go, feels like a massive technical achievement.