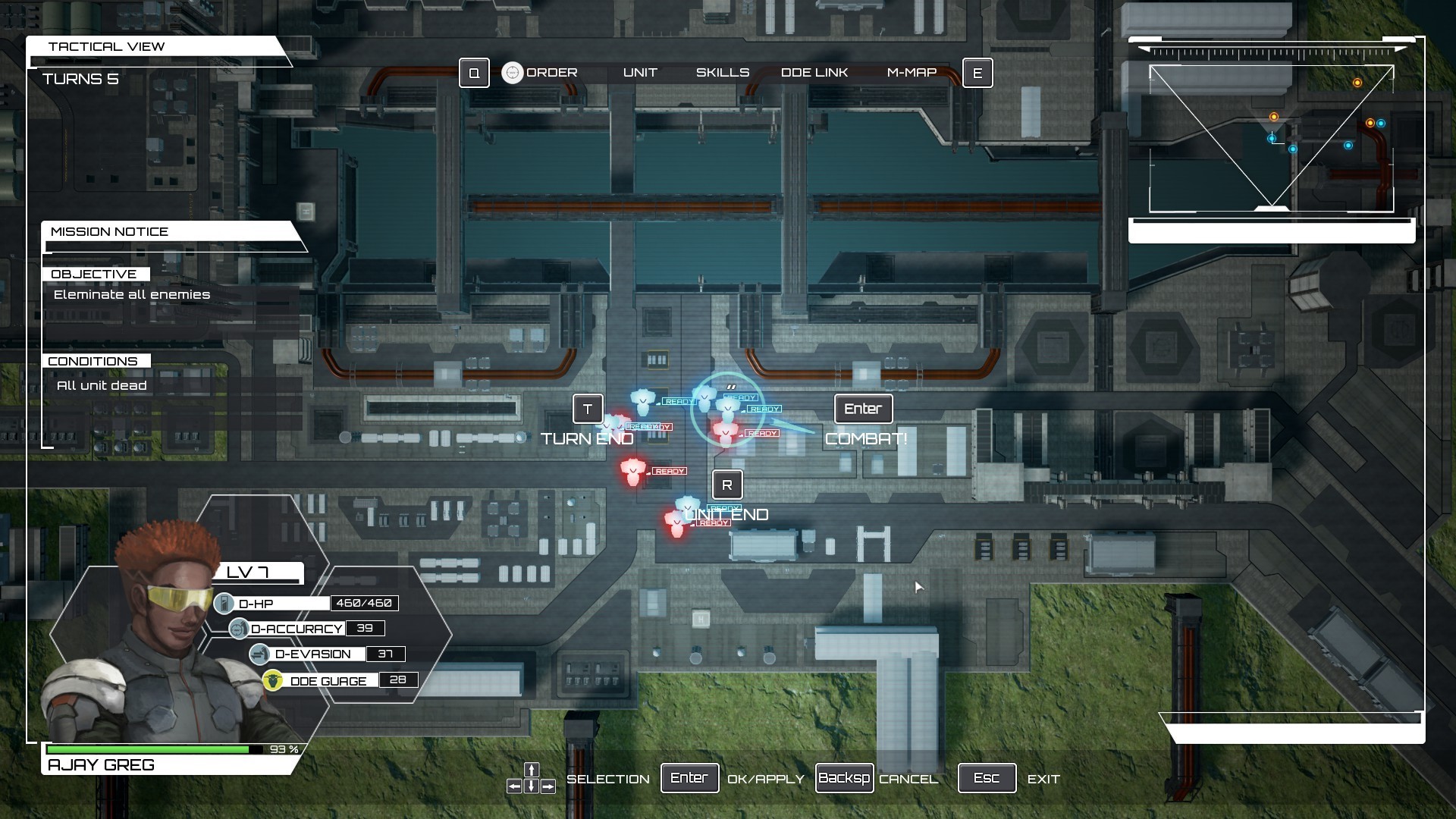 Dual Gear is a turn-based strategy game in which you will manage a team of pilots as they control their mechs. Dual Gear came out to the public on July 29th, 2020. But is currently in Early Access! If you are a fan of genres such as Gundam then Dual Gear might be worth looking at! Dual Gear has also received quite positive reviews despite being a title in Early Access! Most of the community thought that Dual Gear could become something really brilliant with a bit more polishing. And I have to say, I strongly agree!

As mentioned earlier, Dual Gear is a turn-based strategy game in which you will have to manage a team of pilots in order to achieve victory during the different missions. Most of the gameplay will consists you controlling the mechs of each member of your team. As soon as you start to play Dual Gear, you will be greeted with a tutorial that will pretty much explain the game mechanics to you! Every single action and every move you make will affect a gauge which every pilot has. See it as an energy bar for the pilot! Once the gauge has been depleted, the pilot won’t be able to do anything for the rest of your turn. So, how does the gauge get drained? 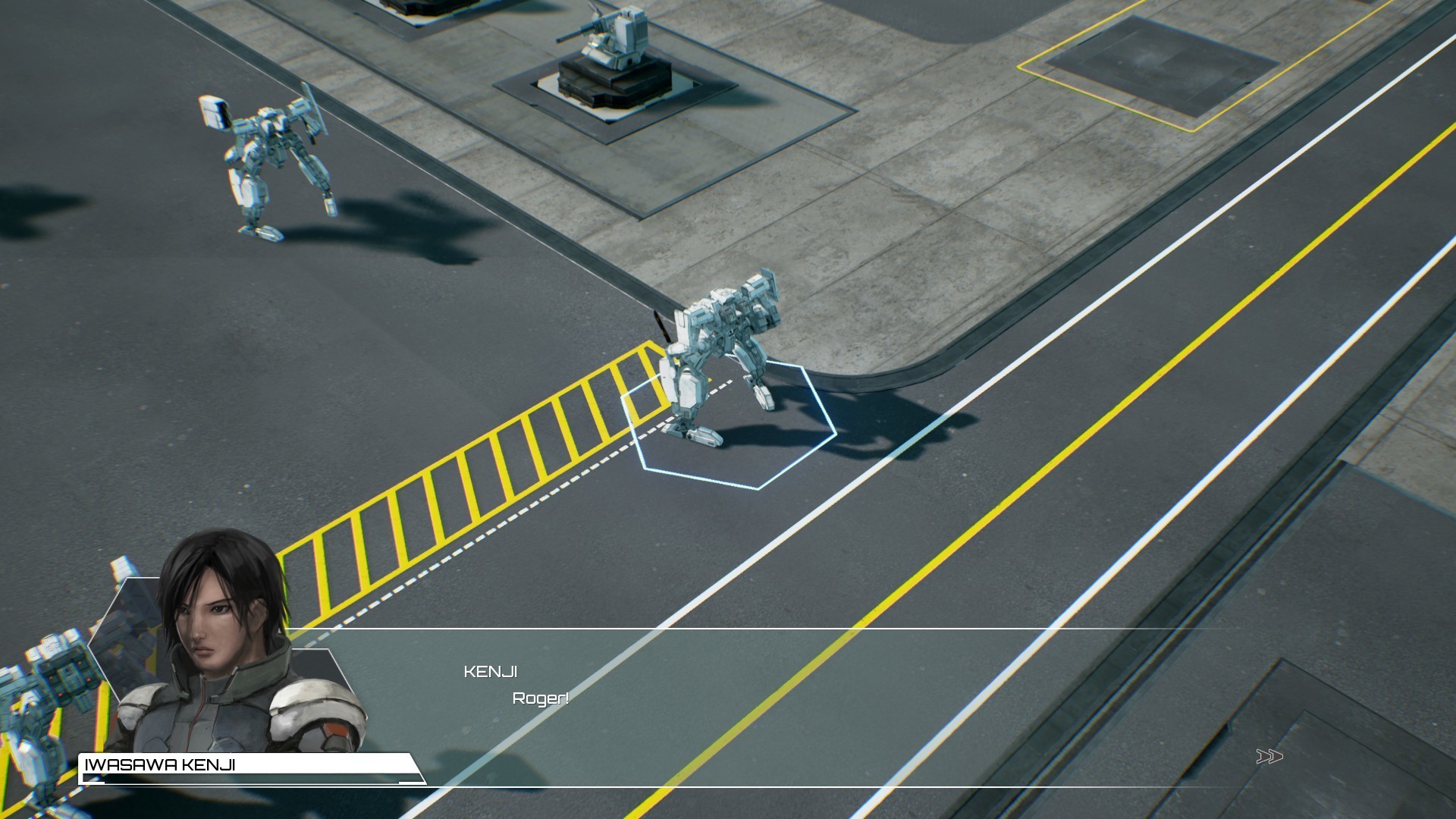 As mentioned earlier, the gauge will get drained as soon as you move around with your mech! If you want to think about your next move, then you will be able to do so by standing still. But be careful! Even though it is your turn, your foes will still be able to attack you if you are moving around for a certain amount of time in a specific area! It will really catch you off guard if you aren’t prepared for it. What is also really useful to put in mind is that whenever you use a weapon, you will drain your gauge immensely! It will of course depend on what weapon you are using as well. So basically, it would be possible to attack your foes more than once in a single turn when using only one pilot. If you’re lucky, you will also be able to get some drops from the enemies, which will increase your gauge and that will allow you to perform more actions doing that round. Dual Gear really rewards you for making smart moves!

What is also fantastic is the variety of different weapons you will be able to use. Close enough? Then why not give your enemy a good punch? Or if you are feeling destructive, then why not launch some rockets for some destruction? As of now, Dual Gear offers a Story Mode with missions in which you can replay and a Skirmish game mode once you have made progress in the story! 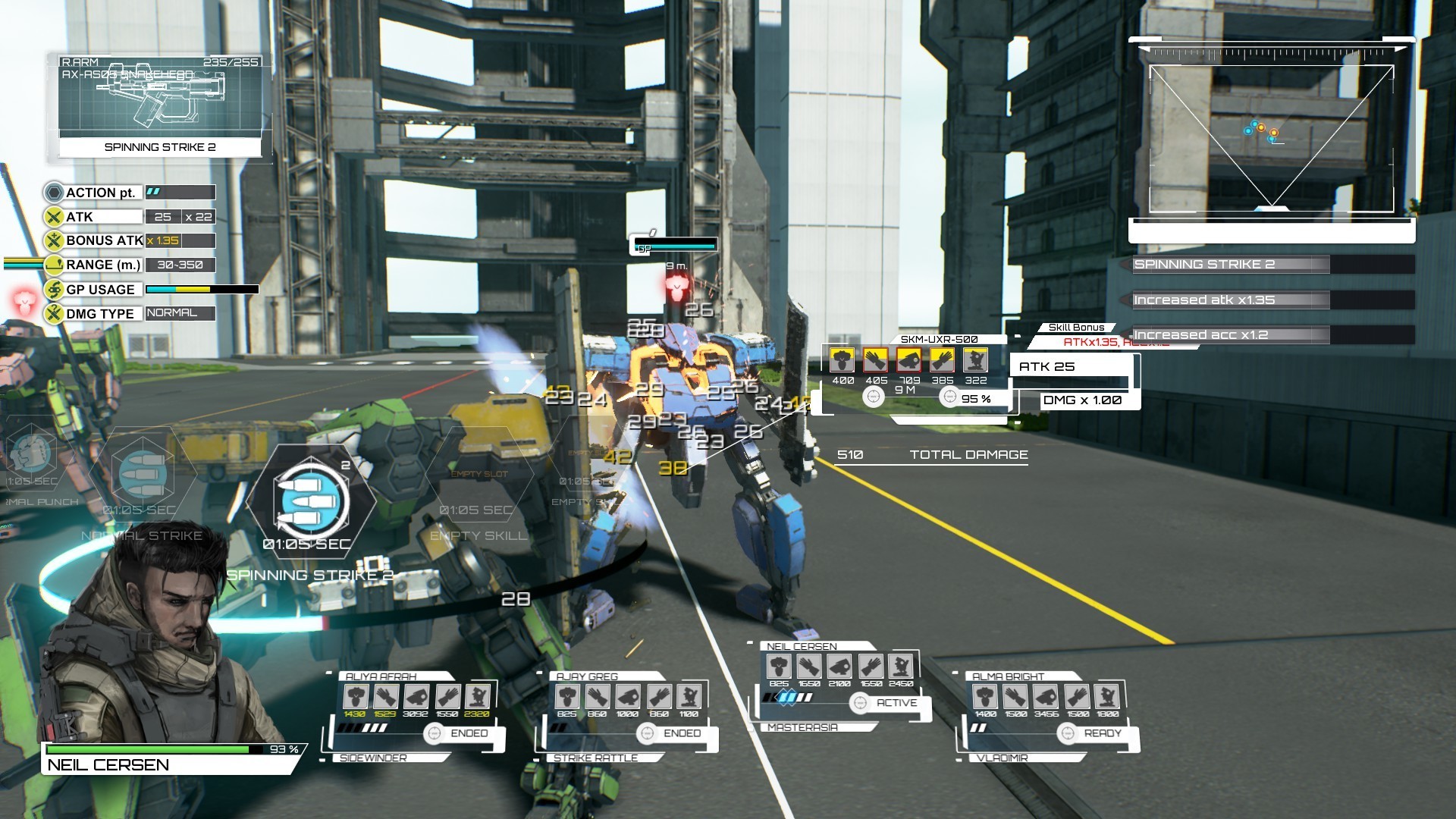 Let us move on to the graphics of Dual Gear! The graphics aren’t really anything special, but keeps up with the standards of today when it comes to indie titles. Dual Gear doesn’t really look bad by any means, it just doesn’t feel that much special. Decent graphics mixed with the grey tones of the surroundings make Dual Gear feel slightly boring when it comes to the atmosphere. To put it simply, I really wish that the colours could be a bit more vibrant and less plain! The soundtrack really isn’t anything special either. It is quite literally what you would expect from a game inspired by a franchise such as Gundam! When it comes to the controls, it really isn’t bad! The tutorial did a really great job explaining how to perform the desired action and covered pretty much all the core mechanics. When it comes to the difficulty of Dual Gear, I would highly suggest some polishing. There are some parts of the game that I experience as unfair. For example, I feel quite overwhelmed when multiple enemies target me at once on my turn. Even though I understand it is a game mechanic, I can’t help but feel really defenceless in those situations.

If you are looking for a turn-based strategy game, then I would highly suggest looking for another title since Dual Gear really doesn’t feel like your usual strategy title. But if you are curious and want to try out something unique, then I would encourage you to try the demonstration for Dual Gear since it is free! Other than that, I would really suggest waiting for the game to be fully released in order to see how the fully developed title will turn out!

At the end of the day, Dual Gear was certainly a quite unique approach when it comes to turn-based strategy games! I’m not sure if I want to come back for more, but I was actually happy to experience it!