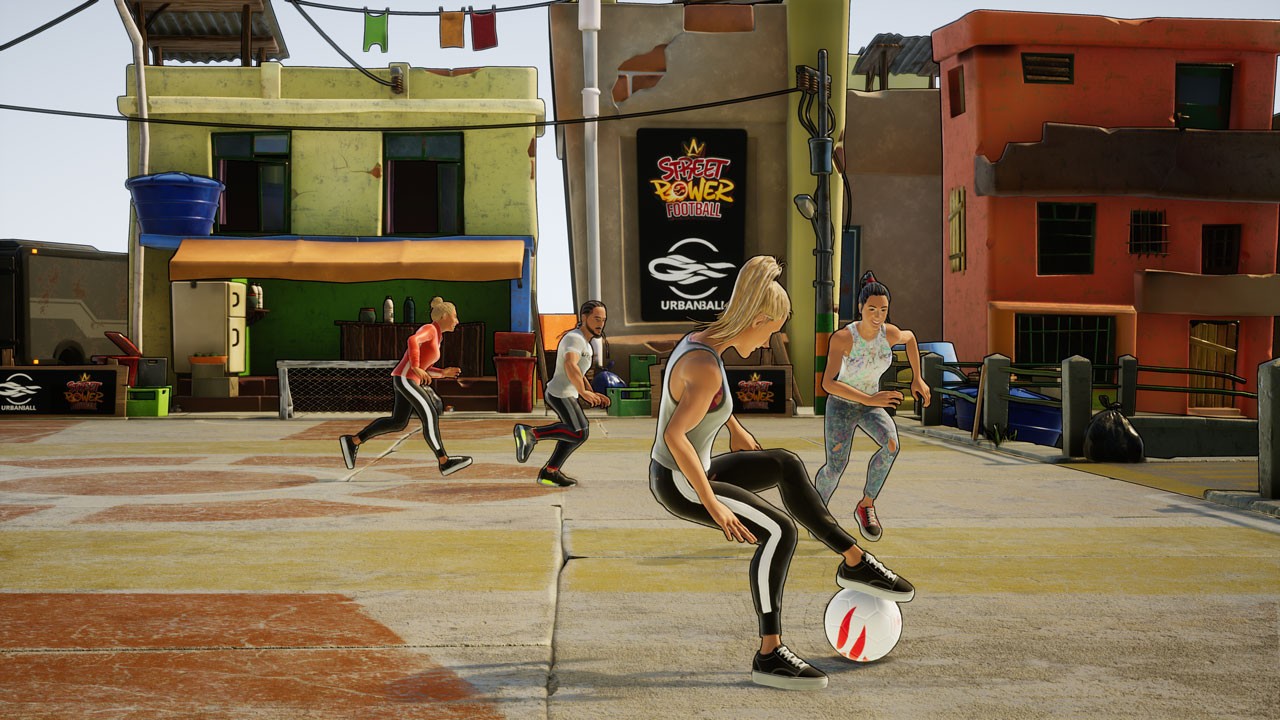 There hasn’t been a proper FIFA Street game since, Jesus, 2012…really, 2012? Anyway, there was that half-assed ‘Volta’ thing in FIFA 20, but that was neither here nor there and, honestly, didn’t come close to recreating the gameplay found in the original FIFA Street games. So yeah, there is definitely a gap in the market for a fully featured freestyle football game, one that is built around the unique skill-set of the game and preferably celebrates the distinct culture that it has built up all over the world. Enter SFL Interactive’s, Street Power Soccer, a game that ticks all the boxes, but one that is ultimately let down by its poor gameplay and exorbitant price point.

I don’t tend to mention the price in reviews, but man, £40 for this? Yikes. There is quite a bit to do here, and some effort has clearly expanded the lifespan of the core experience, but this is never a full priced game in 2020. Beyond the general lack of polish, its somewhat dated visuals and its relatively basic game modes, there simply isn’t enough content or depth to justify its place as a full price retail release.

Still, prices on games like these tend to come down and, if you’re patient, I’m sure you could pick it up for half the price in a few months. Problem is, even if you wait and get the game at a much cheaper price point, you’re still going to have to deal with the more pressing matter of it not actually being very good. There are flashes of what this game could have been here, and I enjoyed the commitment that it shows towards genuine street football culture, but everything here feels clumsily implemented and, well, decidedly uncool. FIFA’s Volta mode struggled to capture the essence of Street Football with a story that invariably felt somewhat awkward at times, but compared to the creepy smiling faces of Street Power Soccer, Volta feels positively cinematic. 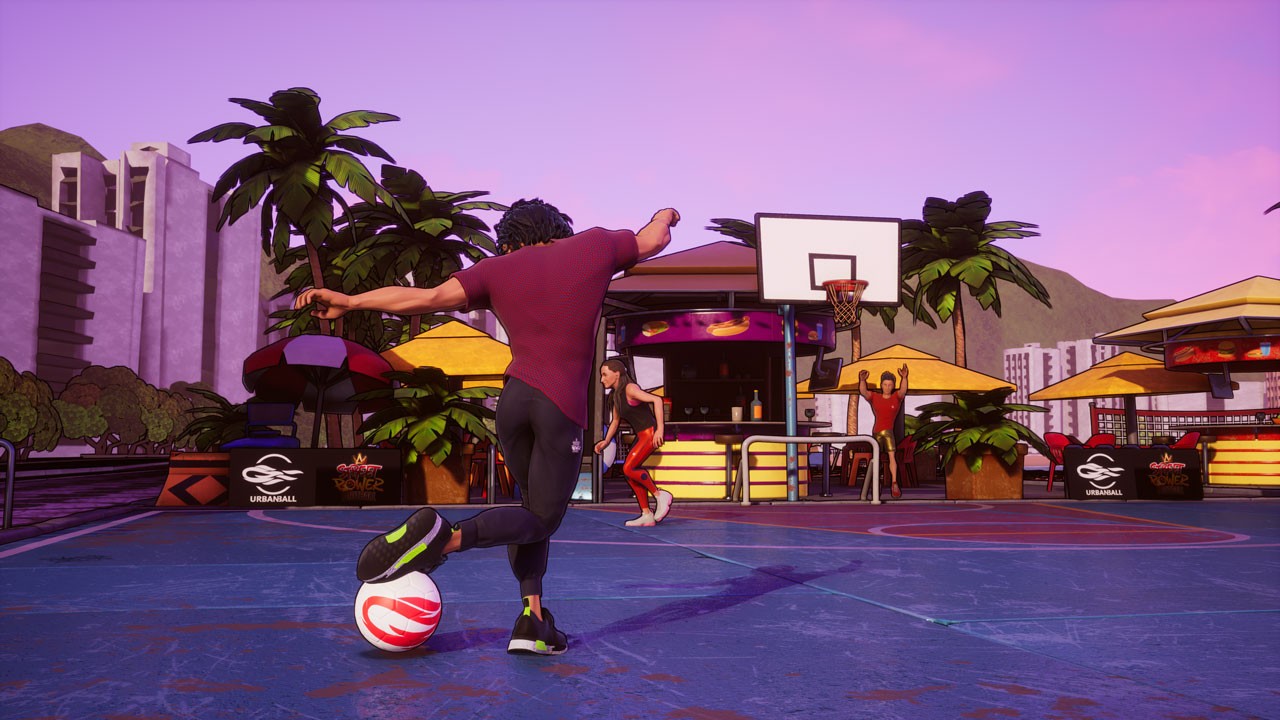 Now, I appreciate that Street Power Soccer is going for a more arcade-inspired aesthetic, but beyond some admittedly cool looking global locations, everything else here feels either sterile or painfully forced. The introductions during training and the when visiting new locations in the games’ story mode via professional freestyle footballer, Sean Garnier are a great idea on paper, but in practice, feel horribly scripted and more than a little cringe-inducing. Perhaps I am being unfair, but I found these introductions, while pleasantly positive, pretty tough to watch. Getting a full insight into the world of freestyle football is a great idea, but the introductions here feel like they are aimed at very young children.

Similarly, while including real world players is much appreciated, there is nothing to differentiate one from another beyond a single special ability. There is something to be said for a game that is based purely around the player’s skill-set rather than any stats linked to unique players, but here, it adds to the sense that everything is more than a little half-baked. From the disturbing perma-grins on some players, to the often disappointingly janky animations, everything here is lacking that extra layer of polish and refinement that could have potentially elevated what is ultimately a disappointingly bland experience.

As disappointing as the game might be though, there is fun to be had for those willing to overlook its rough edges and inconsistent presentation. The core Street Power mode, a mode that comprises standard 1vs1, 2vs2 and 3vs3 matches can be fun, with decent special abilities and some occasionally cool skill moves keeping things initially entertaining, but after a while, the lack of depth, the poor shooting animations and the simplistic nature of the games’ skill moves invariably mean that any fun had is likely to be short lived. Its implementation into the game’s story mode (Become King) adds unique challenges to add a bit of variety, but ultimately, that core gameplay and its lack of both depth and polish invariably lets the game down in the long run. 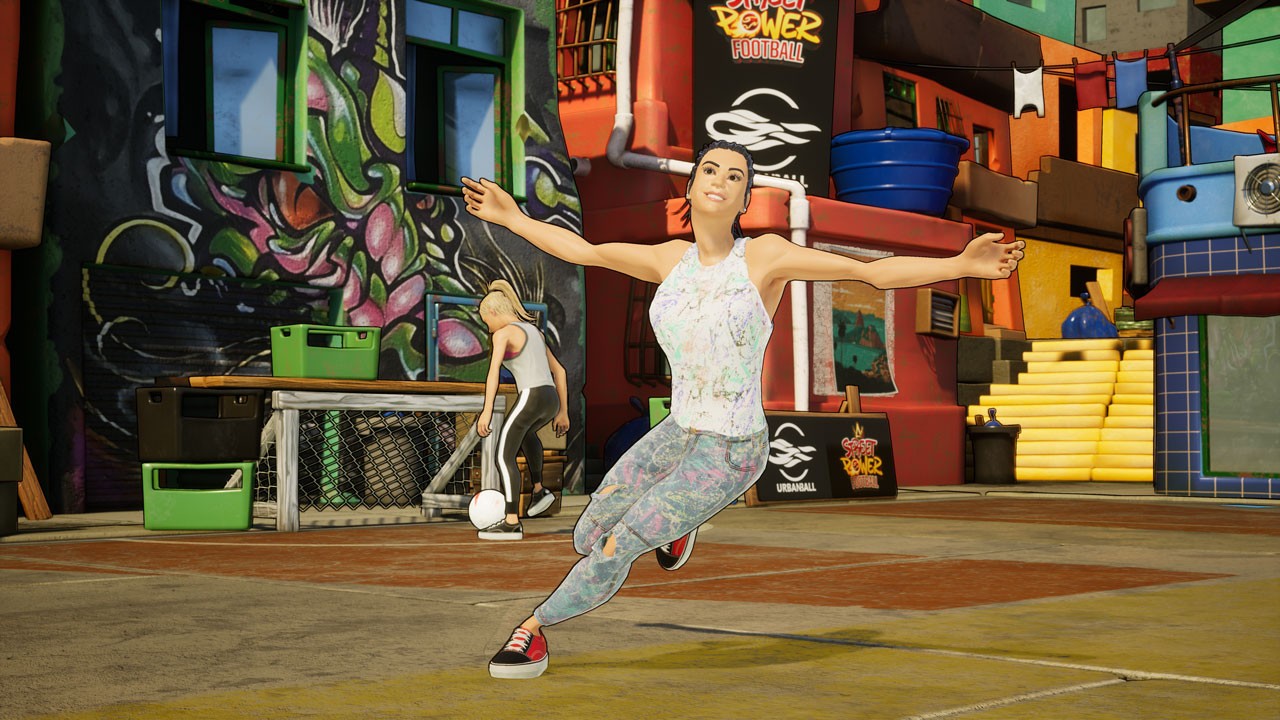 Outside of that, well, it all gets a tad gimmicky. Freestyle plays out like a half-assed dance rhythm game, one that asks you to remember an increasingly robust selection of skills as you attempt to stay in time with the beat, while Trick Shot has you taking down targets against the clock in a kind of second rate Tiger Woods Golf. In fairness, both these modes are fine, and if the core experience of actually playing street football was more enjoyable, these would probably serve as pleasant diversions, but as it stands, too much emphasis is put on what are fundamentally so-so mini-games.

Panna mode is a different story though – sitting halfway between the ‘main’ game and the less robust mini-games, Panna has you playing 1vs1 in smaller cages as you attempt to be the first player to score 5 points. You can naturally notch up a point by scoring a traditional goal using the standard mechanics found in Street Power mode, but you can also score two if you manage to nutmeg your opponent once you have filled your panna meter. Once filled, you can start a panna contest, which comprises 4 timed button combinations with the winner either successfully nutmegging their opponent or the other player blocking the move. It’s a relatively straightforward system, but one that feels super tense in practice. It’s here that the game is at its best and undoubtedly closest to capturing the true arcade-inspired gameplay mechanics it’s aiming for. The matches in Panna mode are short, tense and nearly always enjoyable – it’s a shame that more of Street Power Soccer doesn’t successfully capture the balance that is found here, and why the mechanic isn’t included to one degree or another in Street Power mode is quite beyond me. Even if it was just an opportunity to show off, it would have still been great to see it successfully integrated into the core game mode.

There is a multiplayer mode to round off the package, but honestly, with no matchmaking and limited options, it really feels tacked on as more of a box ticking exercise than anything else. Saying that, this really feels like an old-school couch-based multiplayer game, and if you can get a few friends around, despite its myriad of faults and shortcomings, there is still fun to be had in the right kind of atmosphere. Sadly, there simply isn’t enough depth or quality to recommend this to those looking to go solo. I mean, I wouldn’t really recommend it to anyone if truth be told (especially at the current asking price), but if you can pick it up on the cheap down the line, it’s arguably worth it for Panna mode alone. But that’s the issue, isn’t it – if this was half the price, it would be so much easier to overlook its shortcomings, but as it stands, Street Power Soccer’s inconsistent gameplay, lack of depth and high price point make it an incredibly tough sell.