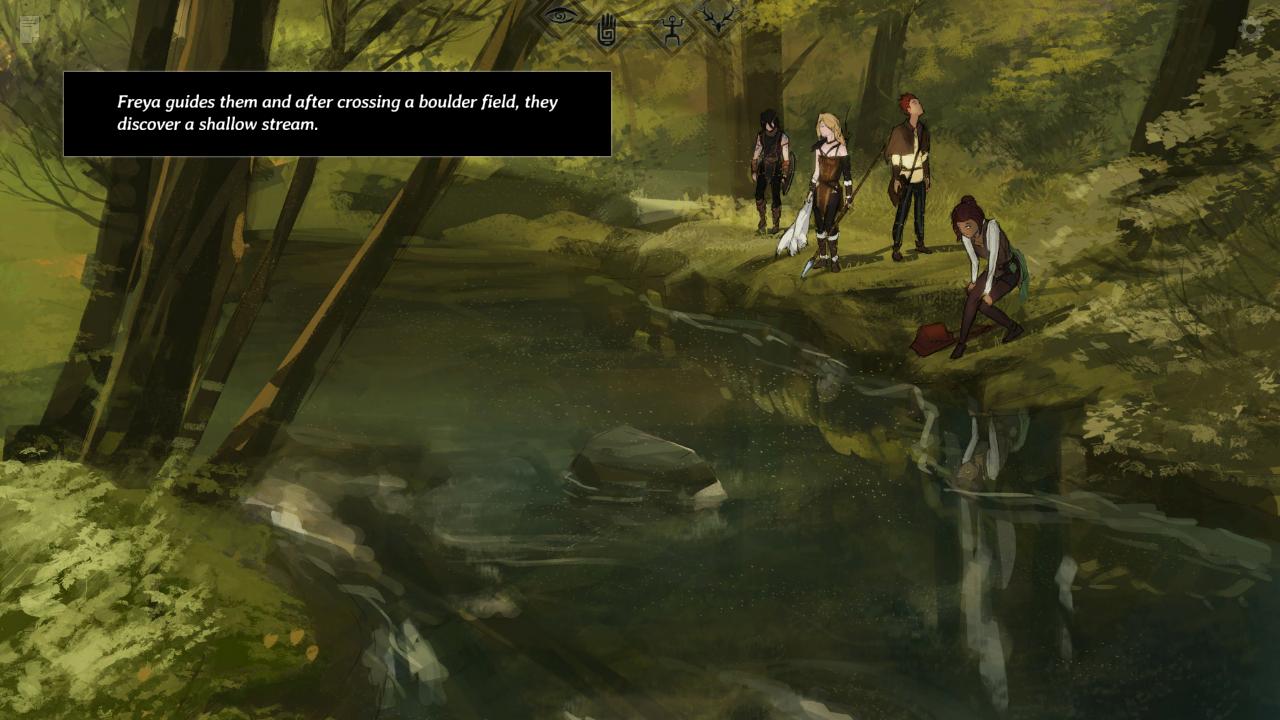 There’s something incredible about the visual novel. It takes a condensed, well-thought out world and places you in the middle of it. Titles in this genre can be accused of not offering enough choice, not giving the player enough input and denying the interactivity and pathways that some of the highest quality visual novel games promise. Seers Isle by Nova-Box is not one of those titles. Having enjoyed previous Nova-Box releases, I looked forward to having the chance to play another one of their visual novels. As a relative fantasy newbie, preferring more realistic stories in games, I tried to go into Seers Isle with an open mind.

Seers Isle begins at sea. You follow a group of Shaman apprentices as they surface on the Seers Isle and begin a journey. They seek to be given magic by the Seers as representatives from their homes. This diverse cast of characters travels through the wilderness, learning more about each other and themselves. But they soon realise that they are not alone. They are being watched. Who is the horned woman with the blue eyes and why does she appear in the dreams of these trainee-Shamans? The plot of Seers Isle has you following the group as an omniscient presence, making decisions and deciding when to intervene. Through the seemingly focalised perspective of the horned woman, the player must choose options during the narrative. 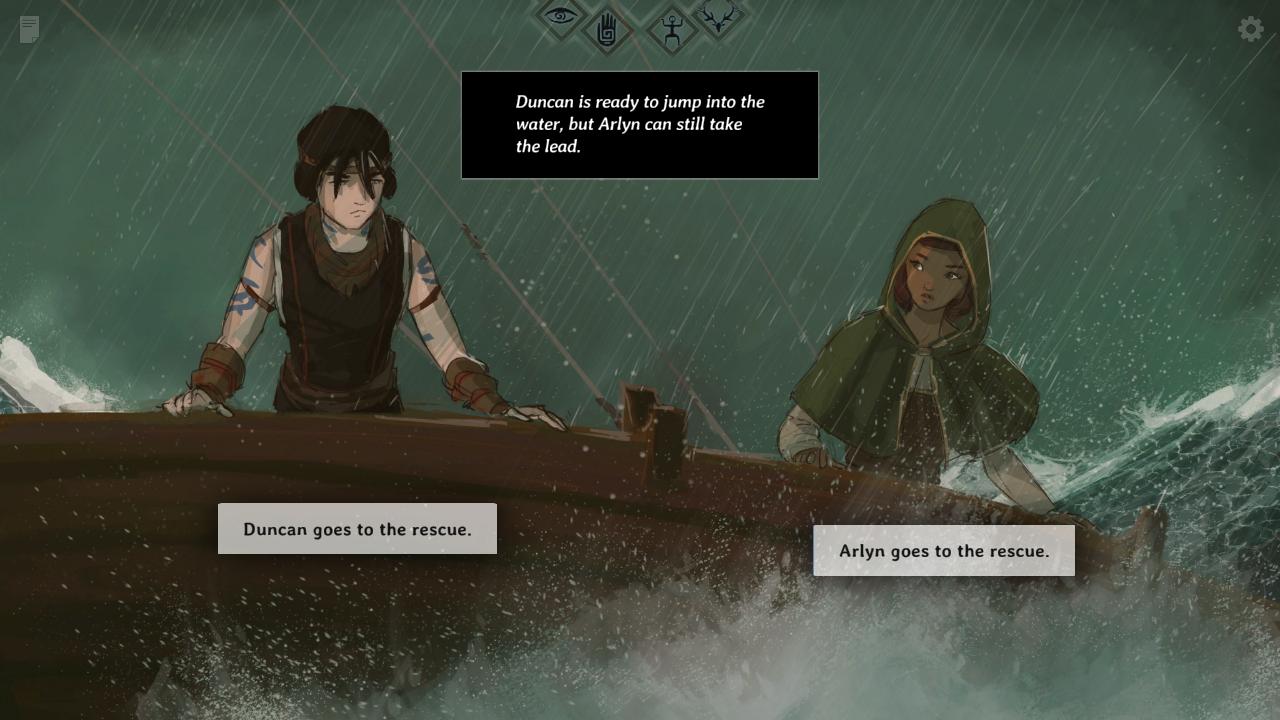 The limited gameplay here is to the story’s advantage, as the player more so experiences Seers Isle than plays it. The player however is more than involved in the story. As with Nova-Box’s other titles, there is significant interaction with the story. With many dozens of choices across my playthroughs, I never felt like I was not deciding as some other Visual Novels have left me feeling. Seer’s Isle has a beautiful balance of choice and exposition, precision and nuance. Each character felt alive, even those we did not get a lot of time with. Each of the pathways allows you to bond with different characters and feel their energy differently. When you make choices, the title almost responds as if you were the creator – the one mind behind many voices. While I wished the game was longer, limited by its narrative brevity, I didn’t feel like I had been short-changed at any moment during play. Where this development team thrives is in knowing when to show and when to tell. I can neither accuse them of purple-prose or underwriting, narratively Seers Isle is a strong game. The reveals in the later chapters were haunting and have kept me awake at night wanting to play more.

The comic-book style art of Seers Isle has clearly been built off of some interesting world-building. The washed-out watercolour that seems to be the art-style of choice is beautiful and enigmatic; each character has been carefully designed to match their personalities perfectly. The Seers were by far the most skilful design in the visual novel. The whimsical yet unnerving design of the horned ethereal creatures reminded me somewhat of Little Nightmares for its careful balance of beautiful and frightening design. The art-design, at times, felt like it hinged far too much on the stereotypes of Norse mythology and European myth narratives, being a bit too nondescript in the background art. While each of them was beautiful, I think that a bit more variation and unique characteristics would have elevated the feel of this game. People who are familiar with this type of story may struggle to engage if there is not something to really dazzle them. While I do not think Seers Isle failed to dazzle, at times the art wasn’t very consistent in its wow-factor. 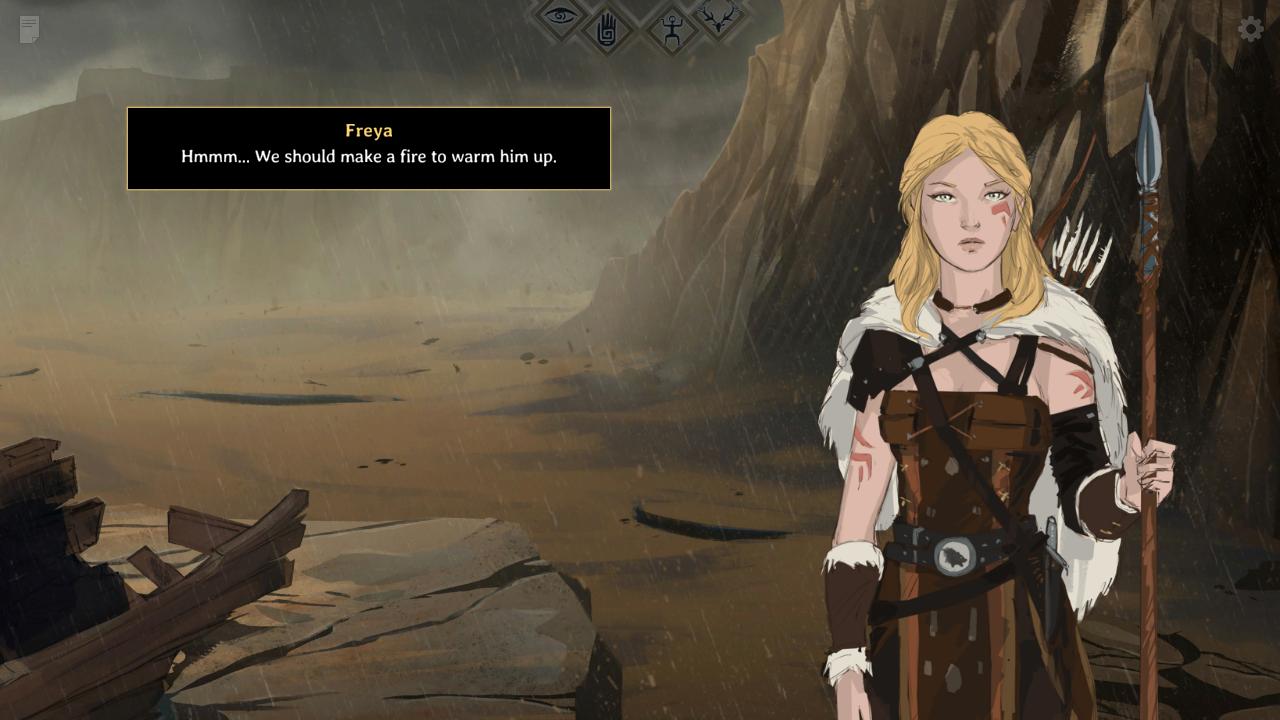 Through my multiple playthroughs of Seers Isle, I was won over by the attention to detail with tone and scene-building. The opening scene with the ship at sea gave me chills as despite knowing that at least some passengers would survive, I was gripped by the incredible soundtrack and visuals. At no point is the balance lost in impactful scenes such as this and the first disappearance that I witnessed in my first playthrough. The careful elegance used to create mystery, tone, and a sense of wonder in the player cannot be overlooked. I think I could play this game multiple times in that sense of wonder alone, not to mention the other great qualities of this game. Seers Isle has a decent amount of content in each pathway. Some of these pathways feel a little rushed at the endings, although with the amount of choice and variation this was bound to have some effect on the depth each could go into. Some of the more sudden endings I felt worked very well to convey the gravity of the situation that consumed the plot. I played for around six hours in total, and this still left me with multiple endings yet to explore. While I’ll admit I took my time to enjoy this visual novel, as I do with story-based games, I think that there is a considerable amount of replayability to keep a player busy with Seers Isle.

Similar in genre, art-quality and style to Nova-Box’s other titles such as Across the Grooves (which is in my top three games of all time!), Seers Isle’s narrative and attention to detail is outstanding. While Visual Novels aren’t everyone’s cup of tea, involving a lot more story than play, the condensed experience of Seers Isle is a truly enriched experience which can provide hours of entertainment. While the content can be a bit heavy and at times, forcing the player to fill in the gaps of the story, I could recommend Seers Isle to any lover of story and European myths and legends. If you enjoyed Across the Grooves or other visual novels such as Cinders and Doki Doki Literature Club, I would recommend giving Seers Isle a chance.

Seers Isle is a graphic novel which takes a deep dive into a strange land. You’ve found the right place if you want an interactive fantastical adventure.