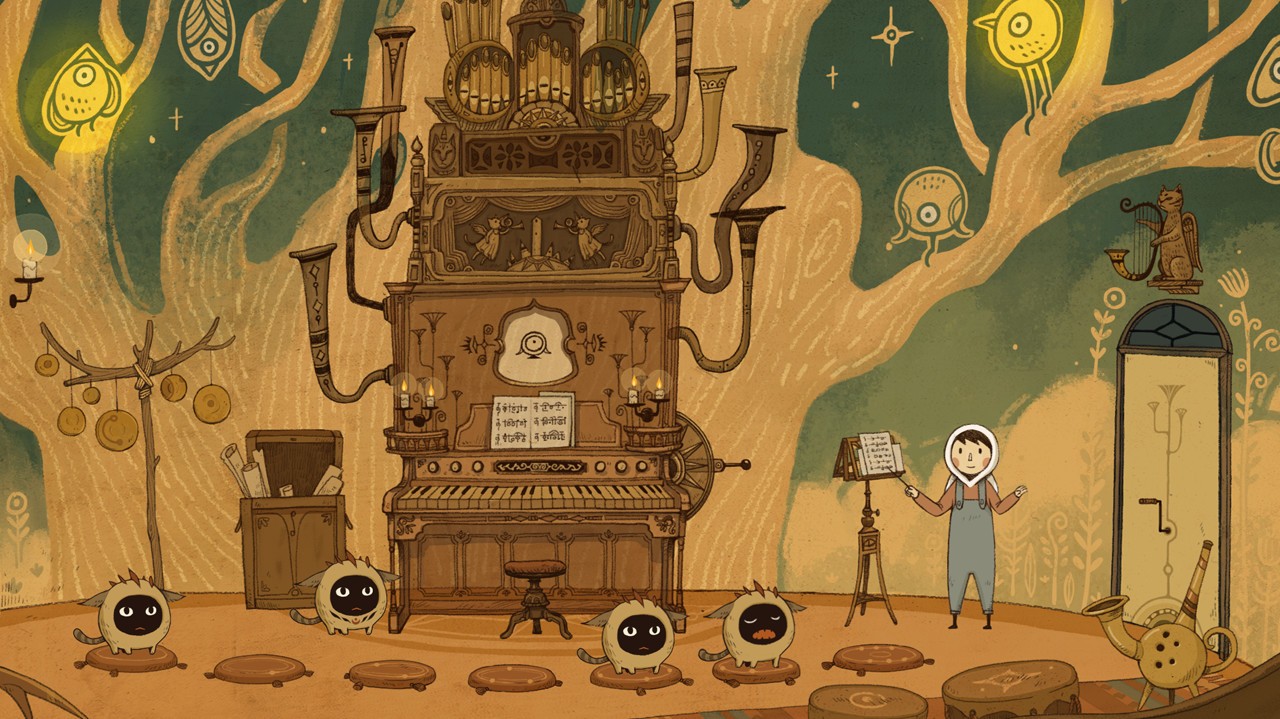 LUNA The Shadow Dust is the perfect game to play on a cold autumnal evening. This stunning, story driven puzzle game tells its plot not through dialogue, but through its wordless and descriptive cut-scenes.

Beginning in an almost barren wasteland your first task is to walk over to a lone door, this activates the first cut scene where a tower builds in front of you and from there on your adventure begins. Throughout, you play as two companions, Üri and Layh, as you venture up the tower. Each has their own role, allowing you to switch between the two to complete tasks, along with their own quirks and abilities. Within the tower itself, each room is essentially its own level. Whilst they do not get more difficult, they do get longer, and the game has no hint system to guide you. This works well for the genre, however, as it gives the player a feeling of freedom regarding how they wish to approach a situation.

Personally, I never found myself getting completely lost within a level either. A lot of them do require trial and error along with a large amount of concentration – something which, in a puzzle game, often leaves me feeling discouraged due to the tedious nature of it – but in LUNA I didn’t mind this aspect as each puzzle has its own unique spin to it in a way that is refreshing to see. Also, the hand drawn scenery and stunning colour scheme left me far too distracted to worry about much else. 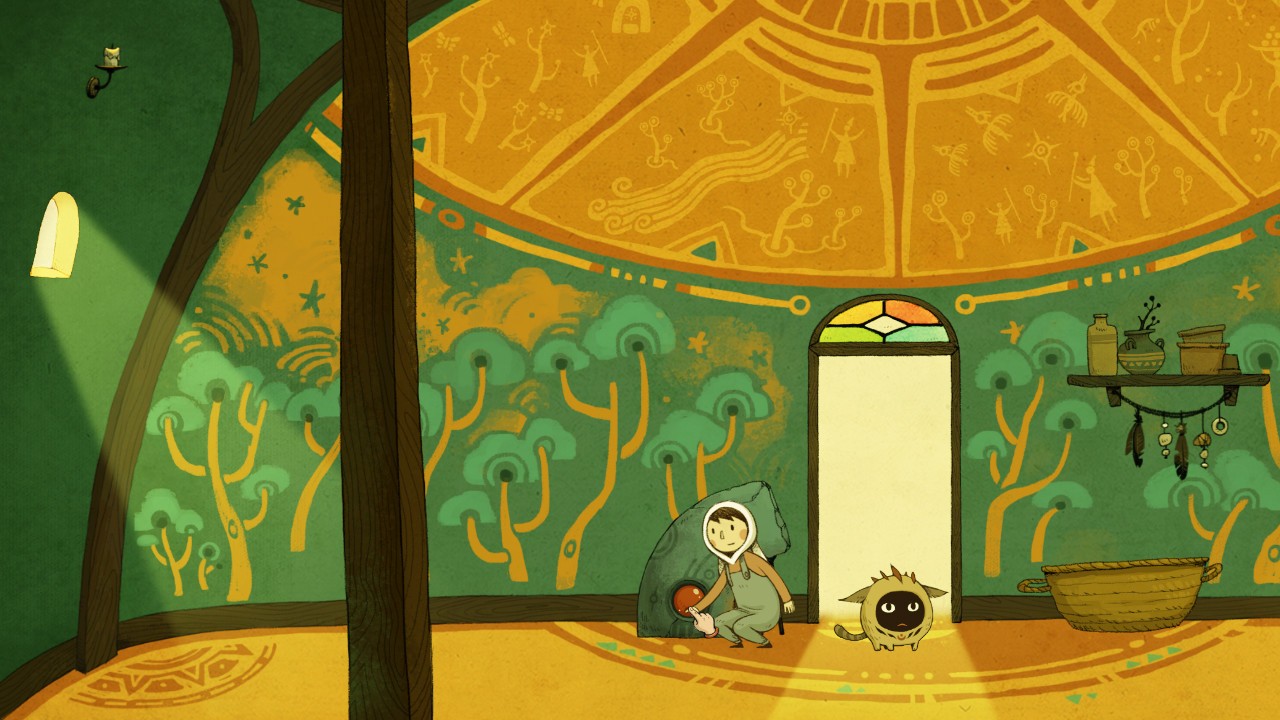 The controls for the game, whilst remaining relatively simple, are a great choice for the platform. There is no touch screen option. Instead the controls consist of the left joystick to move, A to interact, B to go back, + for the menu, ZR to switch characters and holding ZL whilst moving the left joystick will allow you to select an object to interact with.
Not only does the gameplay draw you in, but the art style perfectly compliments the setting. The stunning graphics bring both the characters and the world to life, adding a layer of depth that you rarely see in a puzzle game. To add to this as well, the game’s soundtrack only immerses you further.

This soundtrack is honestly one of my favourite things about the game. The calm use of pan flutes is a good accompaniment to any puzzle, even those with their own sound, and they never seem to tire of them whilst playing. It was actually a breath of fresh air for those moments where you need to stop and consider your next move.

There are options within the pause menu to change the volume, but I never found myself wanting to so. The sound effects were also a welcome touch to the game, as each worked extremely well in displaying what it needed to. Once completed, each level can be selected within the main menu if you wish to replay a certain one. And each cinematic can also be viewed as and when you please. For those players who, like me, have really enjoyed the game this is appreciated – as it makes finding your favourite parts much easier. 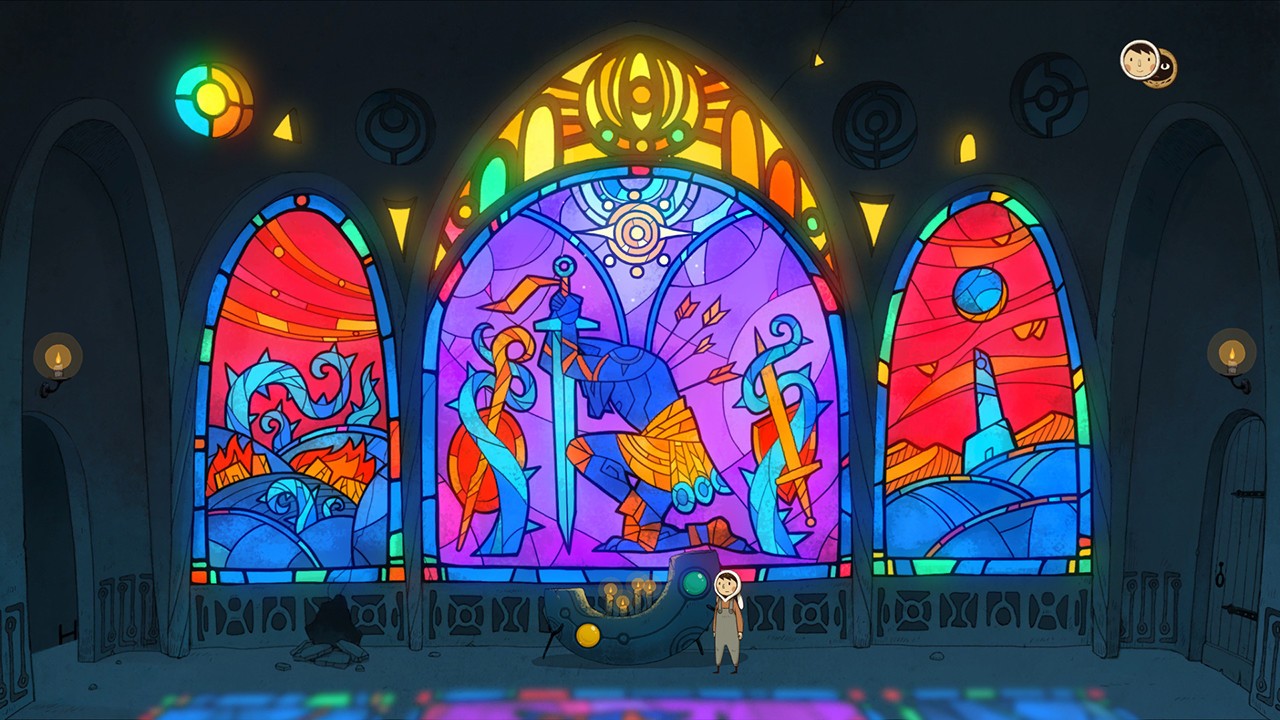 Despite originally being released for PC, LUNA has adapted well to the switch. As mentioned above, the controls work perfectly and being able to play it on a larger screen only gives it the recognition that it deserves.

For what is a relatively short game, it left me wanting more. By the time I’d realised that I had reached the end, I was attached to the two characters and the story left more of a mark on me than I anticipated it would. It is well worth playing and even replaying afterwards. Not only will I go back to this game, but I also will not forget the journey it took me on.

LUNA The Shadow Dust is the perfect game to play on a cold autumnal evening.