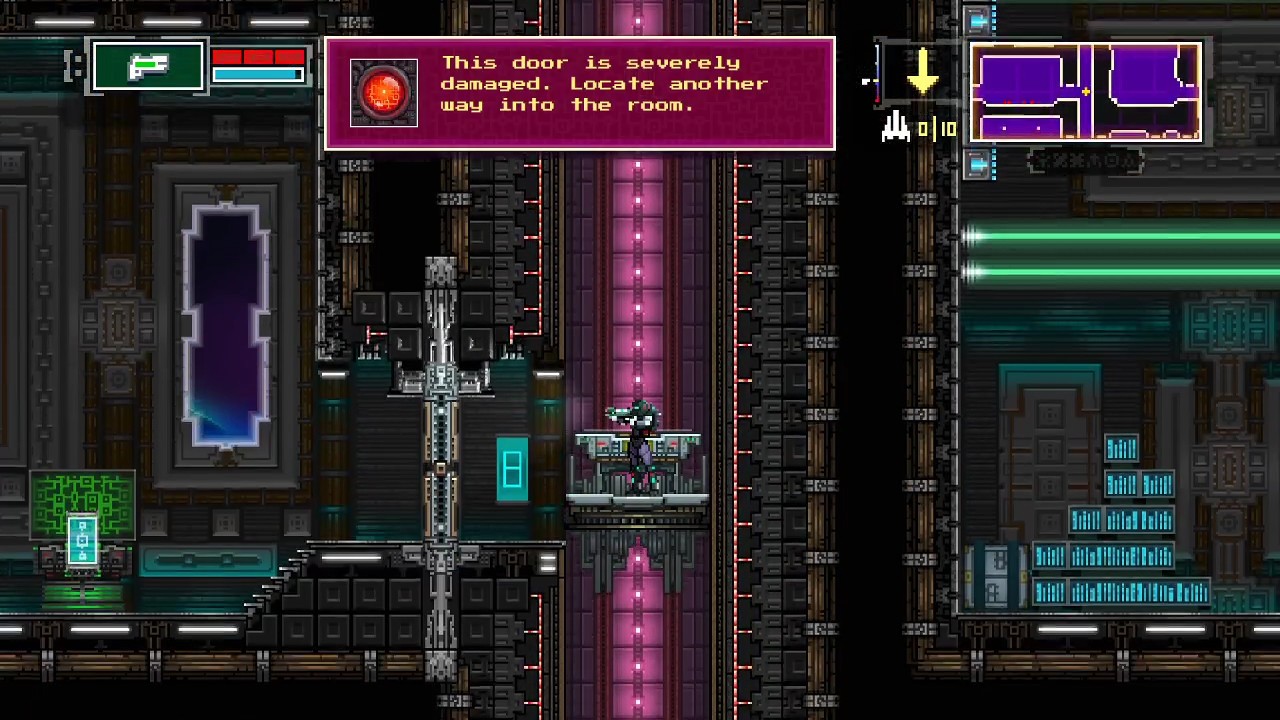 Outpost Delta has strong foundations, but scratch the surface and there’s little else in this buggy Metroidvania worthy of your time.

Initially, it absolutely nails the 90s Metroid vibe, and coupled with a fun, old-school science fiction storyline (that feels like it’s straight out of an early Star Trek episode), exploring the titular Outpost Delta during the opening sequence is quite gratifying.

With the station under attack, you, the AI defence system Delta, has come online to defend the base from the invading Klaath army. Immediately, you’re thrust into a battle against gelatinous blobs, gun-totting Klaath soldiers and a host of environmental hazards for you to dodge and platform through in all Outpost Delta’s 2D glory. 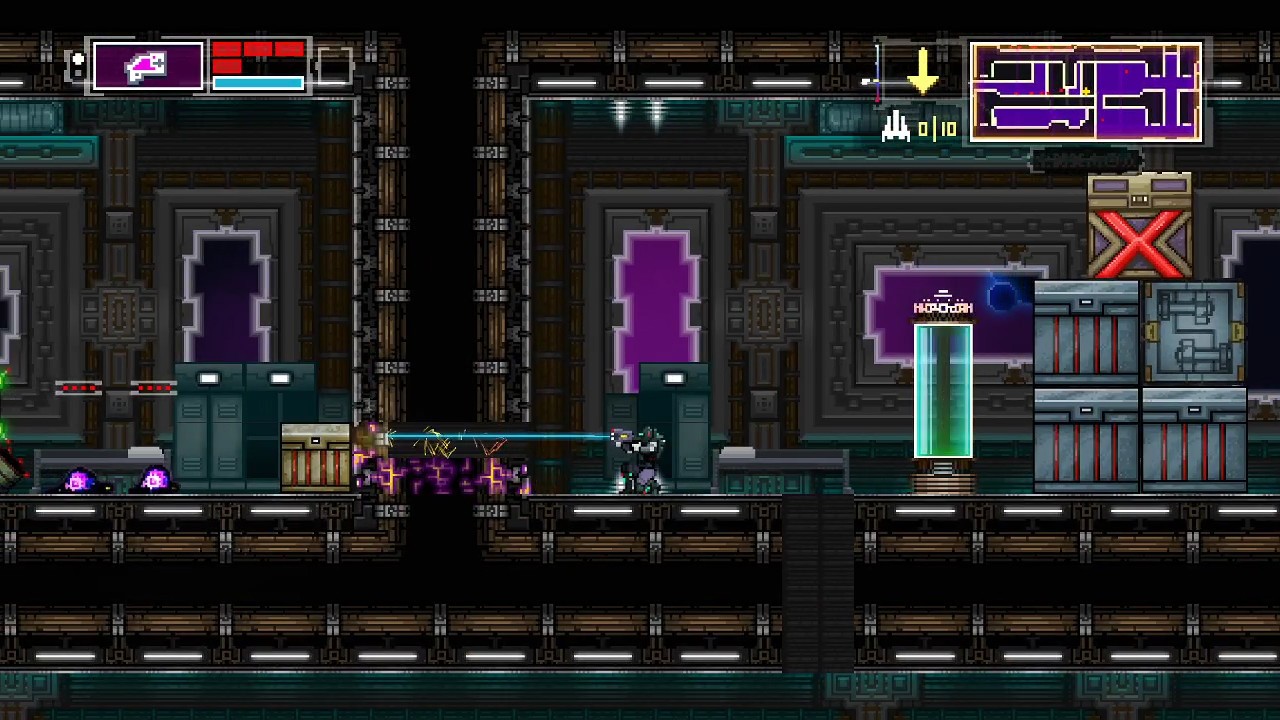 The gameplay is predominantly, running, gunning and collecting keys to access new areas. Along the way, you’ll unlock new gear to help you access new areas, like magnet boots that allow you to climb walls, and a laser cutter to burn through weak points in the station. One of your more unique abilities is gravity control, which allows you to manipulate the station’s gravity to gain an advantage over your opponents.

Unfortunately, no matter how much time you put into Outpost Delta, it never really amounts to anything. It’s just really dull – enemy AI is lousy, and encounters either result in picking off the bad guys from afar, without them so much as noticing they were being shot, or quickly escaping Klaath soldiers as they run straight into your line of fire.

And it would be easy, if gunplay wasn’t horrible, with feeble, unsatisfying firepower and inaccurate twin-stick shooting. It makes combat tiresome, and there’s nothing more frustrating than a cheap death because you can’t properly aim at the enemy with your peashooter of a weapon. 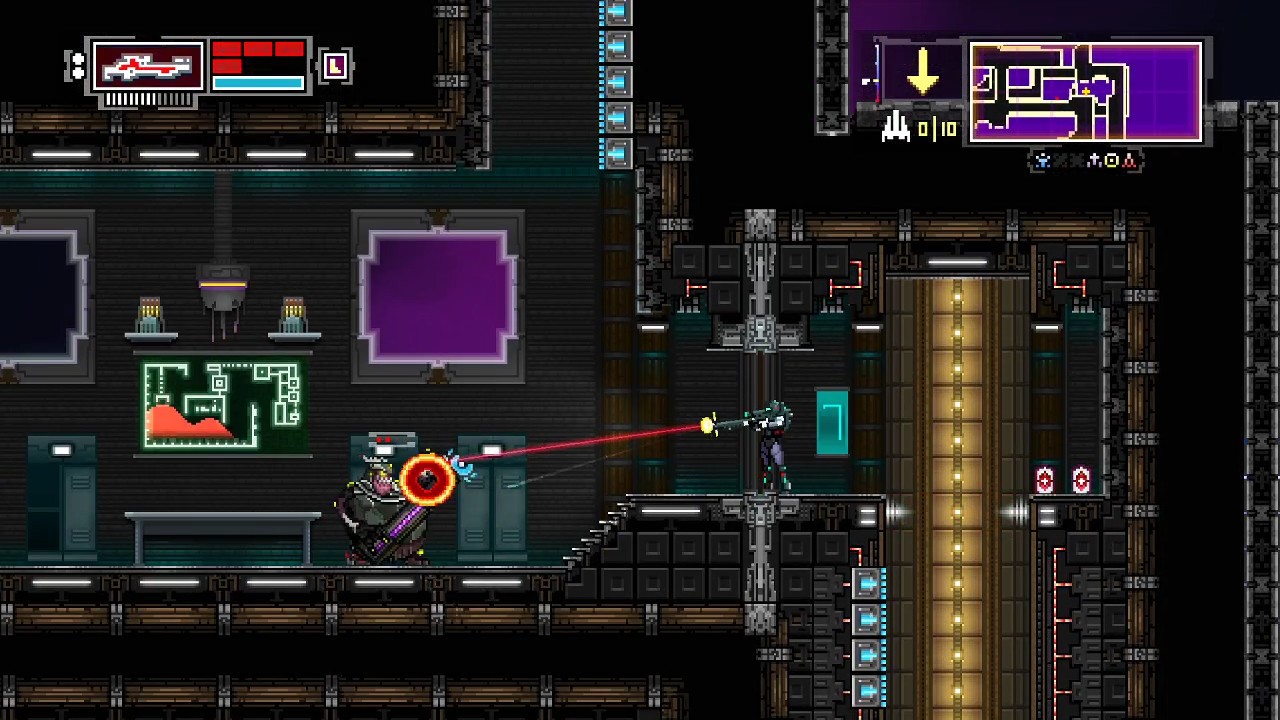 On top of that, exploring the station is incredibly boring; travel up and down endless elevators, find keys, find the door said key opens, repeat. It never amounts to anything more than that, and what’s more frustrating is that it’s often unclear on where you need to go next. The tiny map in the corner doesn’t help show where your newly attained key will come in useful, so for the most part, you’re left wandering the empty, identical halls of Outpost Delta, hoping you come across something interesting.

But if you’re keen on the mediocre platforming and combat, or even the monotonous key collecting, Outpost Delta has far more serious issues than just boring gameplay to contend with. It’s chock full of bugs, some of which are merely troublesome, but many of which are game breaking. About an hour into my first run, my ability to control gravity stopped working. I kept going for a while, until I realised I was pretty stuck without it. Frustrating as it was, I gave the game the benefit of the doubt and started again. I fared better this time, until about two hours in I found myself stuck in a room, with no way of leaving because the way I’d come from had now been blocked by lasers. Round three was much more successful, but I still found areas of the map weren’t properly tested, so still ended up being stuck in places I couldn’t escape from.

It’s a shame, because genuinely, the idea of Outpost Delta excites me. Unfortunately, it’s at times barely playable, and even when it does work as it’s meant to, it’s the most tedious Metroidvania’s I’ve ever played.

Outpost Delta is exceptionally dull, but more than that, it’s entirely broken.