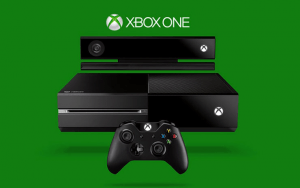 I’ve pre-ordered my Xbox One. Short of some kind of transit based disaster, it should be at my door on the 22nd November. Due to the money constraints that come with being a child / student, just about every console I have had has come at Christmas – this will be the first that I buy at launch. How grown up of me.

I should be excited,right? Well yes, and, in fairness, I am, but that’s not going to stop me from putting it away and leaving it in the custody of my parents until I come home for Christmas. Why you ask? Well, there are many reasons, but above all else; even at the grand old age of 31, there is still something uniquely special about getting a new games console on Christmas day. Sure, it would be great to open it on launch day and to be amongst the first wave of next-gen gamers, but, y’know, it’s just not the same.

Many of my favourite Christmas memories are of playing a new video game console for hours on end while stuffed to the eyeballs with Christmas dinner; of still wearing one of those horrid Christmas cracker hats while taking yet another hiding in my pursuit of Punch-Out!!! glory (in between losing half my Manta Force battalion under the sofa of course). Yes, it’s great to see my family and friends, and of course, presents on Christmas day don’t hold anywhere near the same weight that they did in my youth, but there is still something undeniably special about getting a brand new console on Christmas morning.

Still, while nostalgic memories of Christmas’ past have played a major role in my decision to wait (God, it sounds like I’m putting off losing my virginity), there is also the little matter of a huge back catalogue of largely great games that need getting through, oh, and there is also a little game called GTA V which I am still yet to play. The fact is, despite trying to convince myself to the contrary, once that new console is sitting under my TV, all other consoles will be relegated to the subs bench for the immediate future; I simply have too many great games that need playing on current-gen platforms to let that happen. 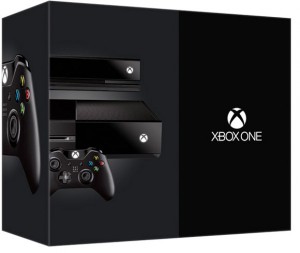 Of course, that’s not even taking into consideration all the games on Wii U that I still need to play / are coming out in the not too distant future. As impressive as some of the launch titles on Xbox One / PS4 look, I wouldn’t swap any of them for the chance to play Mario 3D World. The more I see that game, the better it looks, and with EAD Tokyo on development duties, you can bet your ass that it will be nothing short of fantastic.

So, am I looking forward to the next-gen and my brand new, Xbox One? Yes, I really am. Do I need it now (or more specifically, next month)? Not at all. Christmas is arguably too soon, let alone November the 22nd, but while I can trust my willpower to get me past the launch, I know that the little kid in me will demand that it be there ready and waiting on Christmas morning.

Anyone else opting to wait or will it be a launch day special for all?