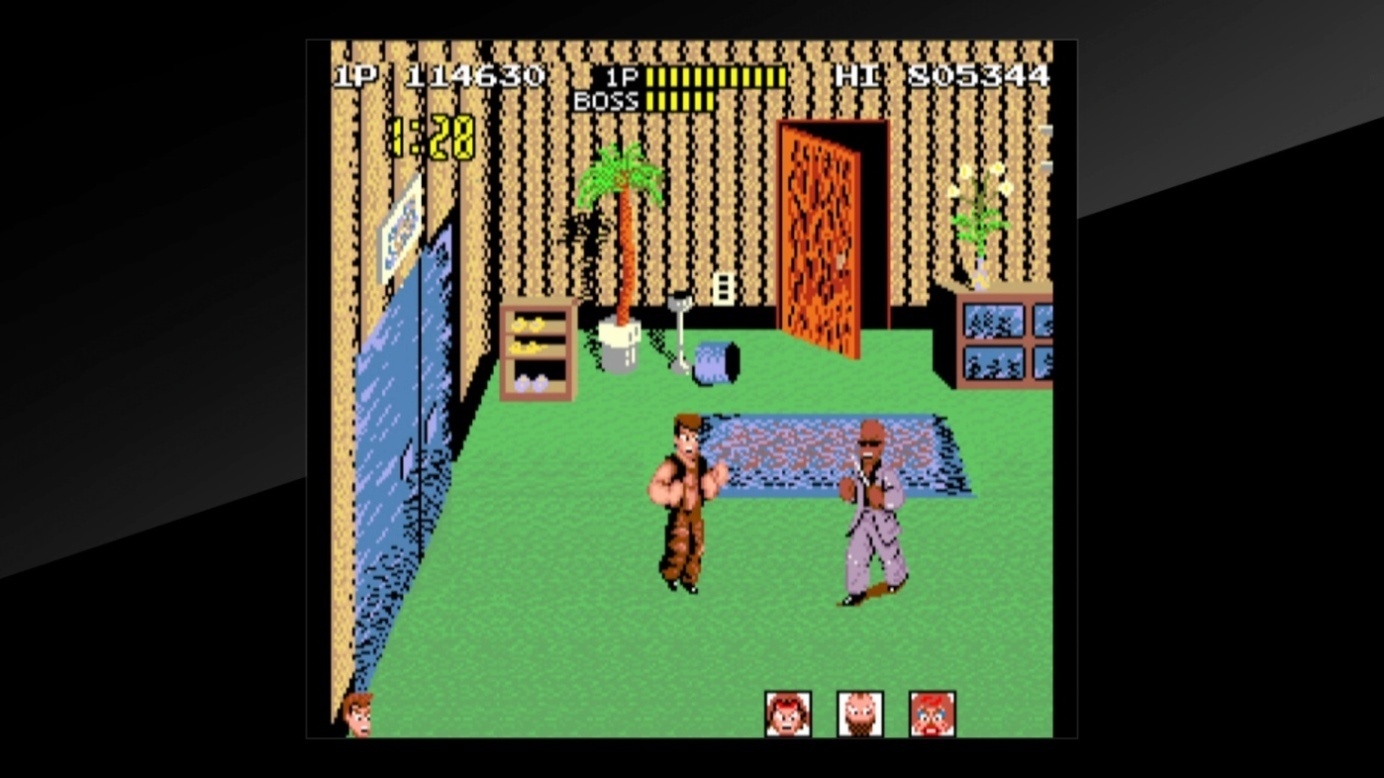 It is hard not to look at Renegade through rose tinted glasses. After all, when it appeared in 1986 I remember being fascinated not only by the graphics of the time, but the fact that the characters moved in and out of the screen and the battle was one man against the odds. It was a simpler time, without the joys of parallex scrolling.To my shame, I had never experienced Double Dragon. I never did until much later and I considered it inferior to Renegade even though with hindsight I might have been wrong. Still, I was young and daft so what was I meant to know?

Arcade games were still the place to go for the latest graphics and innovation. The side scrolling beat em up was only really in its infancy and Renegade set the path for follow ups like Streets of Rage and the much beloved Final Fight.

I finally got my hands on the game when it arrived on my rubber keyed spectrum 48k in 1987 at the ripe old age of thirteen, and I remember it being one of the most difficult games I had ever experienced, I not only felt beat down on screen, but I remember feeling the weight of impossibility crushing me beneath how good Renegade demanded you be in order to beat it.

Now I’ve matured into the dashing educated individual that has blasted through some of the more challenging games of the last couple of generations of consoles, will Hamster’s Arcade Archives port of this slice of nostalgia pie do anything for me? 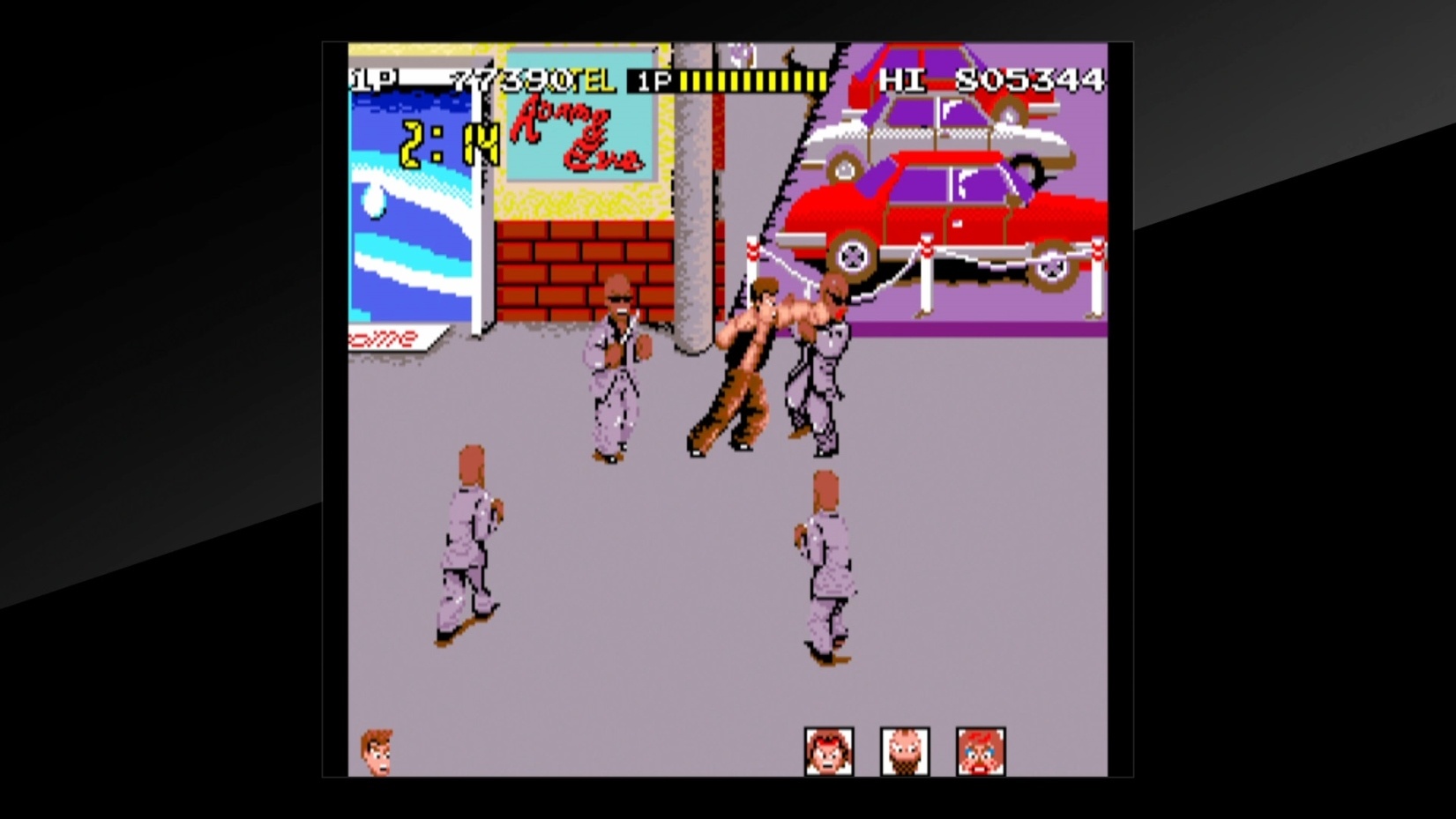 Firstly, it must be noted that Hamster simply haven’t taken the code and dumped it into an emulation shell. Thought has been given to the control scheme and how it can react quickly to the gameplay with left and right attacks being given their own buttons to help your reflexes. There are also several options in terms of screen size so you can keep the original ratios or ramp it up for your 50 inch behemoth in the front room.

A press of the triangle button will give you extra credits whenever you need them and believe me, you will need them.

The story is a simple affair from a simpler time. You play Mr K, who is trying to find the whereabouts of his girlfriend who has been kidnapped by the evil Mr Big. In order to rescue your gal, you have to fight through four stages of increasing hardness. Not difficulty, no, this is just out and out hardness. The type, that if it was rain, it would dissolve your jacket and your hair and then flick you on the forehead to make you cry.

Arcade Archives Renegade doesn’t look good. It looks pixelated and blocky and horribly dated. It uses almost single frames of animation to show Mr K laying down the law. Frames per Second is just something that happens in other beat em ups. The backgrounds are the best that could be done at the time with a limited palette, but time has moved on and taken some art classes, went to college and then got a degree, so while what you see is serviceable, it’s only the most diehard that will be button pressing with tears in their eyes because of nostalgia, while the rest of us will have the same tears but caused by a bit of eye strain. 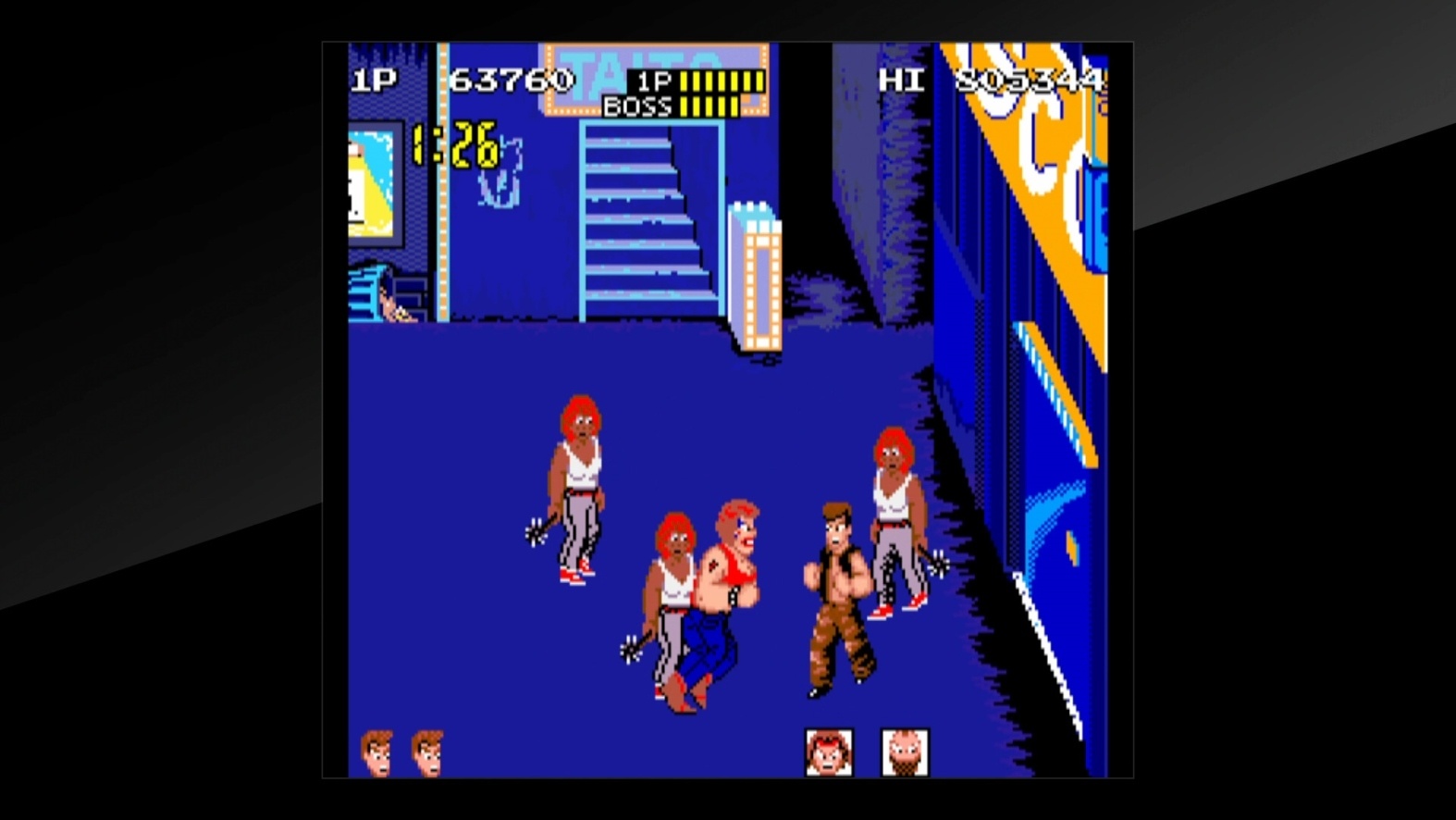 Arcade Archives Renegade is a hard game. It took me an hour to get through the first level and get it to a point where I felt I was actually winning through any type of skill. There are no save points, or lock ons, or special powers. You will be attacked in crowds, with no aggro areas or kiting possible. You will be beaten down by the mob again and again. This is gaming when it was at it’s purest form. It often feels unfair because of ropey collision detection and simply because a lot of the time you are only winning because you managed to hit first. In truth though, I enjoyed every second of it more because of what it reminded me of than the game itself. Rap music on my stereo with a glass of cremola foam to quench my thirst.

I am surprised that Hamster left out any real history or bonus levels or the chance to throw out a remaster as well. There was a chance to add Target Renegade to this package, the computer only follow up that never hit the arcades. So some may question the value of what is on offer and they would be correct. While it’s release will have a lot of middle aged gamers reminiscing, it’s hard to see why else you would pick this up for anything else than a history lesson in kicking your ass.