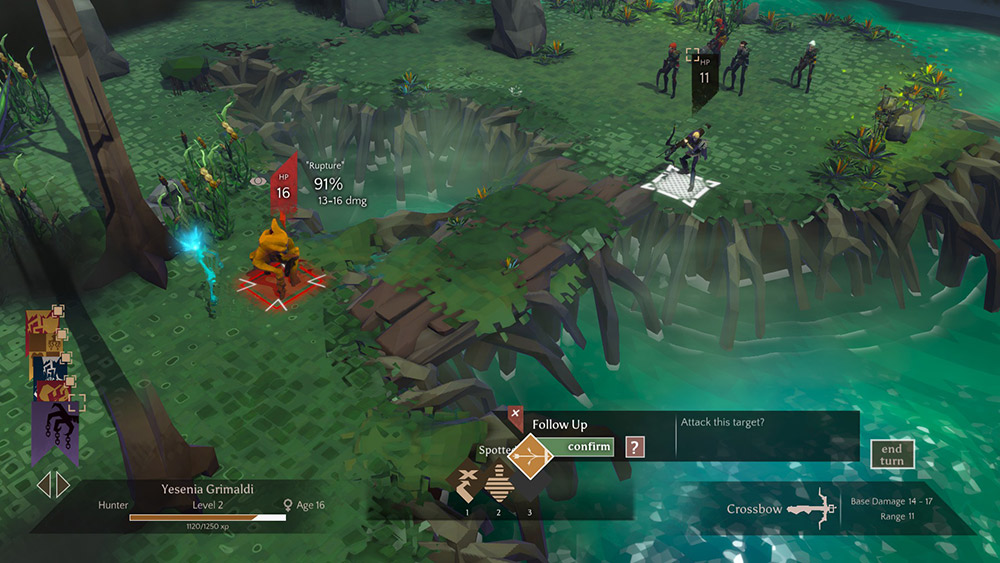 You’ll start Massive Chalice, a tactical strategy game from Double Fine Productions, with the best of intentions to be a caring ruler. Learning the names of your heroes, becoming attached to them and aiming to reward them after years of hard service. However like me you’ll probably find that as the decades roll by and heroes pass away and are continually replaced by their descendants you start to see them as disposable resources – used for holding back the tide of enemies or as breeding stock to produce future generations. That’s the curse of being immortal I suppose.

The fantasy world of Massive Chalice sees a creeping menace of sickness and monsters collectively known as the Cadence spreading across the world until just 10 small regions remain. The titular Chalice is a conscious artifact that is temporarily holding back the horde and whose magical powers have granted you immortality, with the unfortunate side effect that you can never leave your throne room in the capital. The Chalice needs 300 years to build up enough power to cleanse the Cadence from the world for good, and you’ve been tasked with keeping it protected until that time.

A countdown clock ticks away to your eventual goal as you overlook your world map of 10 regions and you can fast forward the time until your regions are attacked by the Cadence at which point you’ll send five heroes to fight them in a turn-based battle across an isometric landscape. If you think all this sounds familiar you’d be right, in fact you can see the spirit of Firaxis Games’ recent XCOM reboot all throughout Massive Chalice right down to being able to research further equipment and the option to activate ‘iron man’ mode where the game automatically saves and you can’t reload. 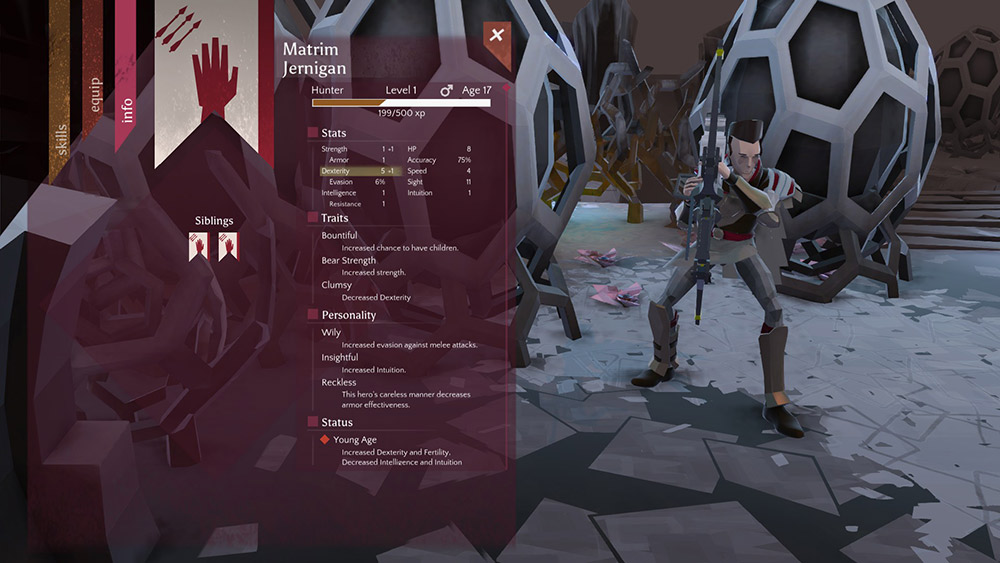 The two major differences here are the added emphasis on close-quarter combat in Massive Chalice (there are no guns although crossbows can be used) and the system of marrying together heroes in order to generate offspring to continue the good fight. Heroes initially only exist as one of three distinct classes, although marrying together different types can result in variations for their offspring giving nine full classes in total. As well as their class and a host of attributes, heroes are also defined by their physical characteristics and a number of personality traits- all of which can be both positive and negative. The most difficult decisions you’ll make when playing will be whether to use your best heroes in combat or permanently retire to a keep where they can concentrate on having children who will generally inherit aspects of their parents (there’s a degree of randomness as well).

This breeding aspect of the game is its most unique feature, which is important as in most other ways it feels like a watered down version of XCOM. That’s not to say it’s not a good game, I’m a big fan of turn based strategy games and I enjoyed my time while playing – even if combat is fairly simplistic. The graphics are similarly functional – cartoony and bright with the same style that’s recognisable from many of Double Fine’s other games.

Double Fine are well known for the comedic content of their games and in this respect Massive Chalice is a partial success. The Chalice itself is well-voiced by two voices (effectively taking the place of Dr Vahlen and Dr Chen from XCOM) but your heroes are all fairly mute apart from the occasional shout in battle or death cry. The occasional decision-making events that intersperse your battles are quite well written and often raise a smile however despite the fact they are pure text with no images or voiceover, although making the correct decision often feels like guesswork. 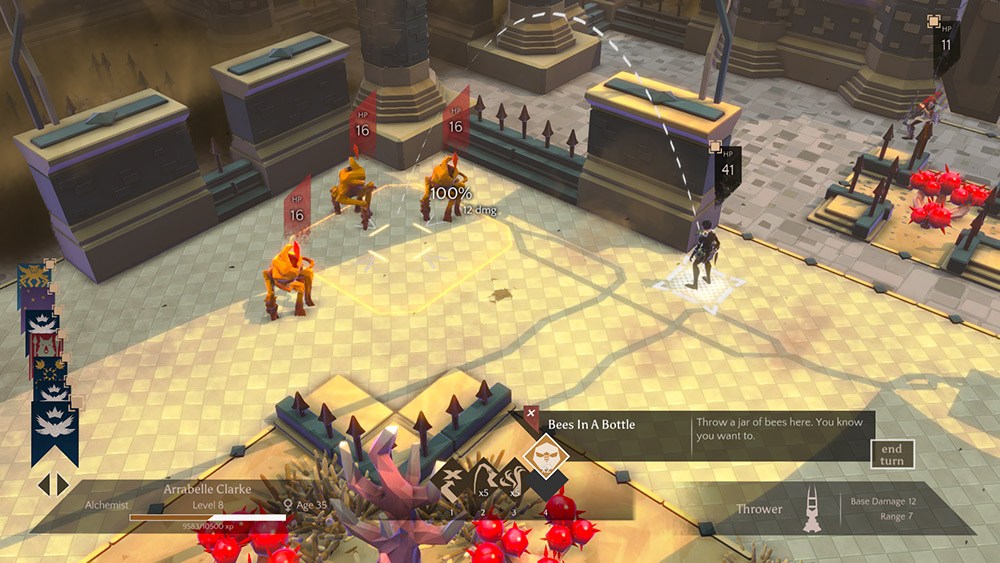 Massive Chalice began life as a Kickstarter project and so its more limited scope is understandable. It did raise a lot of money with its campaign though with $1.2 million at the campaign end in June 2013 which put it in the top 20 of most successful Kickstarter videogames at the time – and with over 30,000 backers the credits take nearly an hour to roll by.

Those who backed certainly do get their money worth as the main campaign took me over 20 hours to complete (admittedly some of that was me deliberating on which heroes to marry together and which to throw into battle) and even on the normal difficulty session I found it offered a decent challenge, although I did only ever fail one mission and it does seem to get easier as the game progresses – the final battle in particular seemed a walk in the park. XCOM veterans may want to raise the difficulty when they start, particularly as many of the tactics they use will be very effective here too.

Had I been using Kickstarter back in 2013 I would no doubt have backed Massive Chalice and been supremely pleased with the final product. However coming at it with unbiased eyes I feel that although it was an enjoyable experience there were plenty of aspects that could have been more polished and with more to do, plus the constant similarities to XCOM only made me yearn for another playthrough of Firaxis’ offering. I’d still recommend Massive Chalice to any fans of turn based strategy games, but advise you to reign in your expectations.