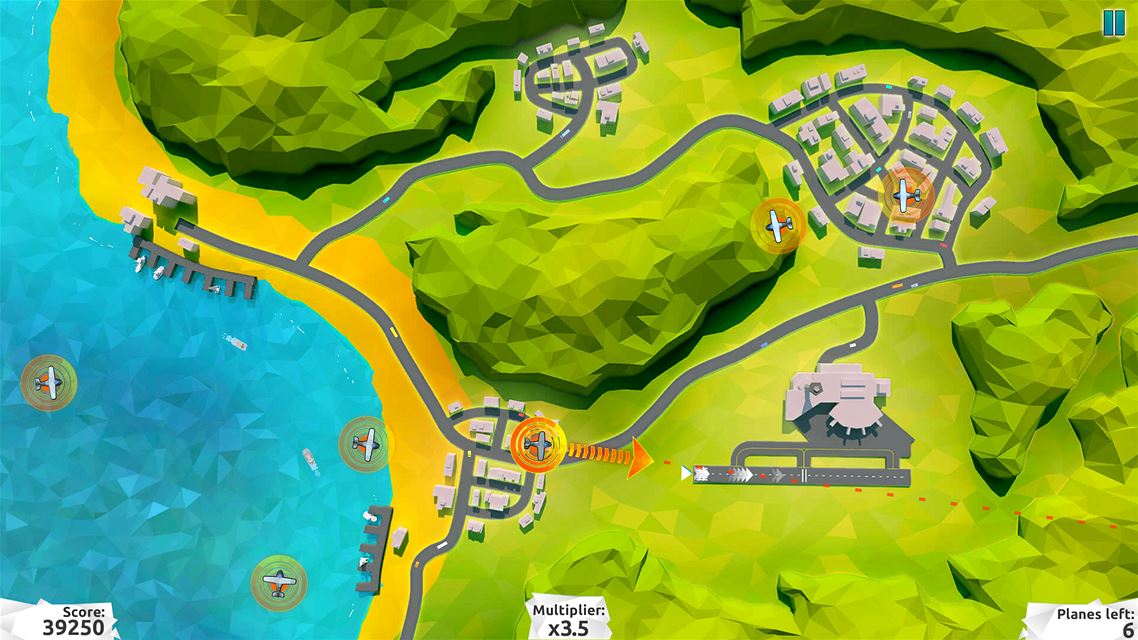 Back in 2009 Firemint Games gained bucket loads of critical and user acclaim with their insanely addictive time management game Flight Control. A simple to play yet hard to master gem, Flight Control was responsible for more time taken off work than the World Cup. Fast forward seven years and Hungarian mavericks at Nemesys Games are hoping to replicate the original air traffic control games success with their latest offering Land It!

Like its predecessor, Land It! sees you playing the role of an air traffic controller tasked with landing several planes at the same time without crashing them. Sounds simple?  Yes it does.  But that bare bones premise belies what is arguably one of the most challenging and intense games we’ve ever played since Dark Souls 1 and 2. And in this game you don’t simply die and re-spawn.  No, you’re responsible for crashing a plane (presumably killing dozens of people) and then re-starting the level all over again. 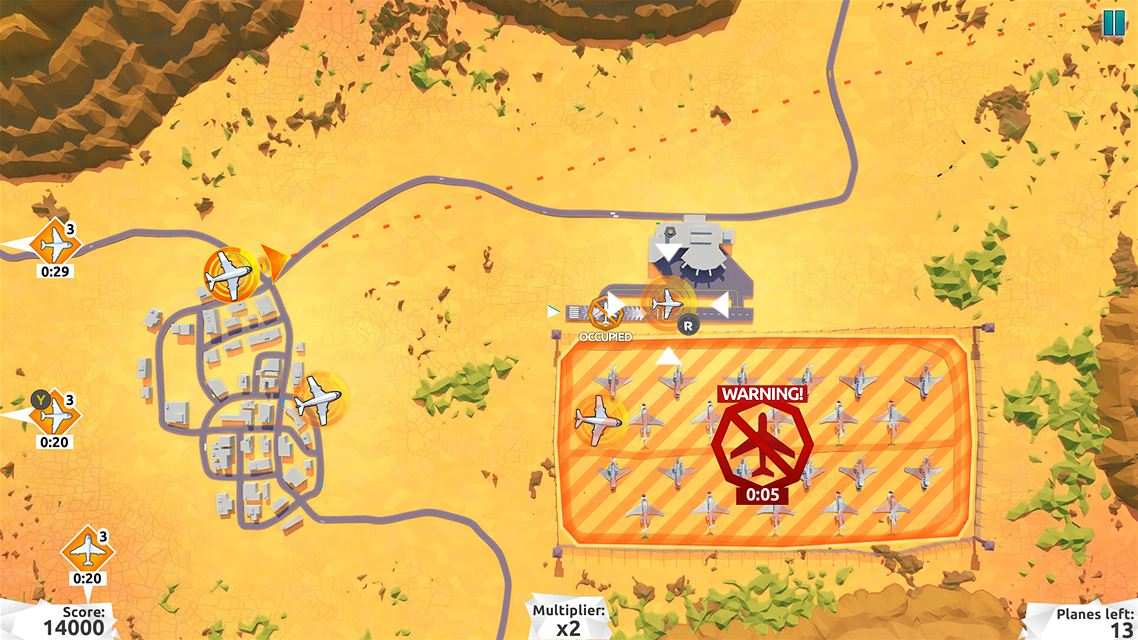 Nemesys Games have also chosen to up the stakes in Land It! with the inclusion of no-fly zones.  Areas that are clearly marked on your screen that you must avoid flying over at all costs. This merely serves to up the pressure as you’re concentrating on changing flight paths on the fly (no pun intended) for several planes while also doing your best to avoid the no-go zones.

Wisely Nemesys Games have made Land It!’s learning curve pretty user-friendly. You start off controlling one plane and flying through hoops. But once you’ve mastered the basics,  you’re then left to juggle the flight paths of more and more planes at the same time.  This involves switching from one plane to another with the flick of the right thumb stick while directing each planes flight path with your left thumb stick. At the end of each level you get a summary giving you a time bonus,  mission score and overall score.  We played the game for three hours non-stop and, at the end of the marathon session, we all needed a cup of tea and a head massage just to unwind and let the adrenalin bleed off. The inclusion of a leaderboard on the endless mode means you’re constantly revisiting old levels to try and improve your score.  Fantastic. 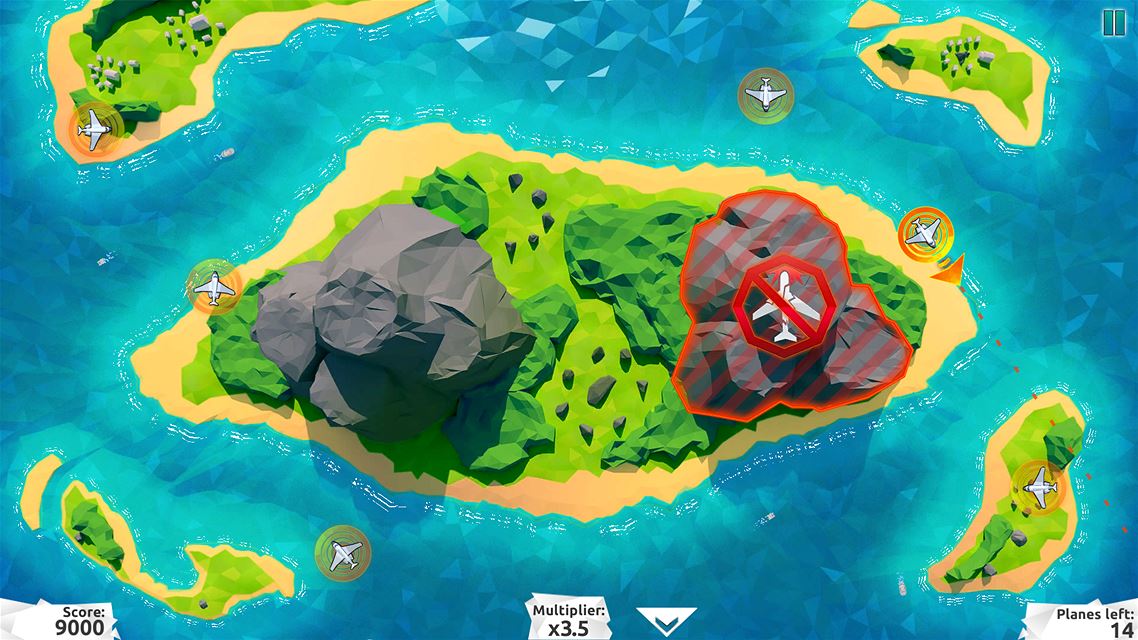 Graphically, Land It! Is bright and bold. The top down view is perfect for trying to keep your eyes on a number of aircraft at the same time.  But Land It! Is no beauty prom queen.  It doesn’t have to be.  Rather the intensity of the gameplay does all the work in immersing you in the frantic world of an air controller. In the same vein,  the game’s sound department is pretty basic and does what it says on the tin.  The ambient background music lulls you into a false sense of serenity (it’s a bright day, the music is so chilled. What could possibly go wrong?) And then you press A and hear the plane start. Minutes later you get a noise saying you’ve landed well or crashed. But by then you’re so engrossed in the game that all you care about is getting through the level and maybe,  just maybe, improving on your last score.

The only real gripe we had with the game was that, in the absence of a touch screen,  using the Xbox One controller to switch planes could often be a little fiddly and frustrating. Sometimes you select the wrong plane and only realize your mistake when you hear the sound of a crash.   Apart from that Land It! Is a solid casual game offering some 8 – 10 hours of gameplay on the career mode and hundreds of hours on the endless mode. Great value for the asking price. If you’re looking for a welcome distraction in between Quantum Break and The Division, you need look no further. Go play.