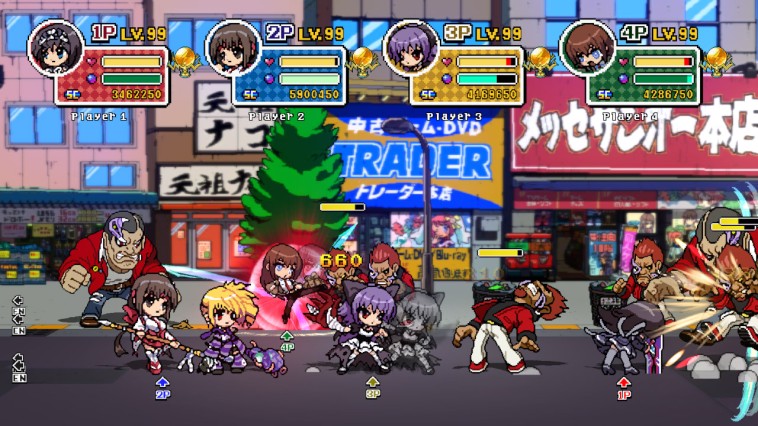 Anyone ever played a little game called Puzzle Fighter? It’s one of the first times that I ever saw mascots from a particular game genre get imprinted onto something totally different, and I argue that it’s one of the best puzzle games to date. It’s fun, it’s got some good strategy and pacing, and watching Ryu beat up Felicia of Darkstalkers by dropping red gems on her isn’t something that happens in the real world. The point is, developers are always trying to bring their characters into new games to try out different things. We have Smash Bros to thank for that being a huge frigging deal, but it’s not exclusively polar opposite changes. As we see in Phantom Breaker: Battle Grounds Overdrive, it’s a pretty minor move, but still a complete changeup that can either welcome or alienate fans.

If you recognize Phantom Breaker at all, congratulations, you did some gaming back in 2013. It was a pretty decent fighting game, but nothing about it really stood out aside from the characters. Phantom Breaker was all about having some tall, leggy and buxom chicks beat the hell out of each other, and also some dudes, but most players went with the female players. Once all was said and done, the game probably could have faded into obscurity entirely if it hadn’t been for the spinoff, Battle Grounds Overdrive. Here, we see the “demastered” effect in full display before it became a genre all its own. Essentially, the characters (or at least the characters people cared about) were boiled down to miniature versions of themselves (also known as “chibi”) and placed on a two lane, two dimensional beat-em-up that takes place almost entirely in Akihabara. The plot really highlights how simple brawlers can get away with anything: there isn’t really one. For whatever reason, the character you choose is walking around and then gets attacked by gaming stereotypes straight out of Japan. You got dudes in cat ears, chicks with bottle tans and bleached hair, and a few large, Kunio-kun types who just like to hit things. Eventually you square off against other characters from the main Phantom Breaker game, and…yea, that’s pretty much it. 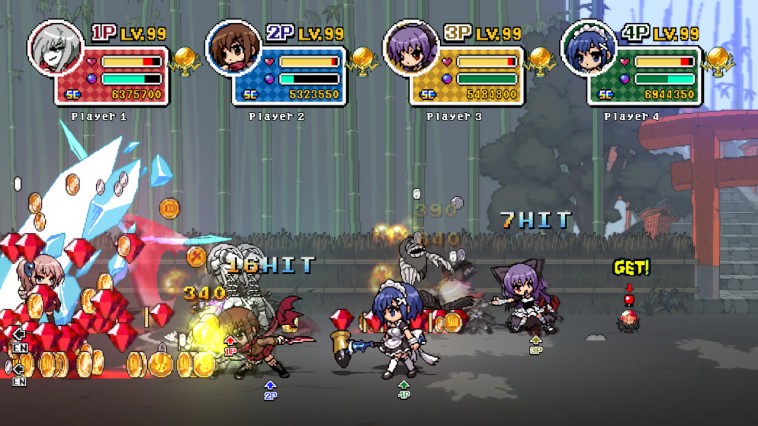 Phantom Breaker: Battle Grounds Overdrive (which I’m gonna shorter to BGO for now) is actually pretty compelling in terms of replayability. If someone only picks it up at the very beginning and plays straight in (especially in arcade mode), they’ll find it a bit dry, at first. Three levels of attack strength laid out across three buttons (Y, X and A, respectively) and the strong attack of A is also mapped out to the ZR and ZL buttons. This is handy because, when approaching some enemies, they can act as throw triggers, which is something that a player looking to have any success in later difficulties will need to use constantly. Blocking is mapped to B, and you can change lanes with the L button, and you’ll also be doing that a lot. Your character can also jump, but movement in general is difficult because, instead of using the joystick, 5pb wanted to keep the game “retro” and map it out to the D pad, or, in the case of the JoyCons, the C buttons. It feels weird, that’s the best I can say about it. Had the movement been put on the joystick instead things may have been a lot more pleasant to play, but I digress. You get in, you fight, you have to deal with about 10-15 enemies at a time (spread across the different lanes) and that’s pretty much it. They all drop coins and gems like human pinatas, and you basically fight until you ultimately get laid low. Had that been all, this game would have been a solid 2 and we’d already be done.

But the replay comes from the customization that happens only after one successful (or even unsuccessful) run. Though the points end up on the high score table, the gems and coins are used to total into EXP, and suddenly your character is gaining levels and amassing skill points. Now you can look at the character of your choice and decide if you want to start buffing stats (Attack, Speed or Defense) or start developing new abilities, like a double jump, dash guard, and ultra powerful “Break” attacks. And then suddenly the game gets interesting. Right away, you realize that you’re doubling down and you need to invest in one character, because that’s your horse that you want to bet on for the duration of enjoying this game. By maxing out a single character (I went with Mikoto), you suddenly find the game to be a lot more pleasant and enjoyable. After all, one of the wonders of a beat-em-up game is being crazy more powerful than everyone else, and setting the game at easy while wading in with a level 10 character is downright satisfying. 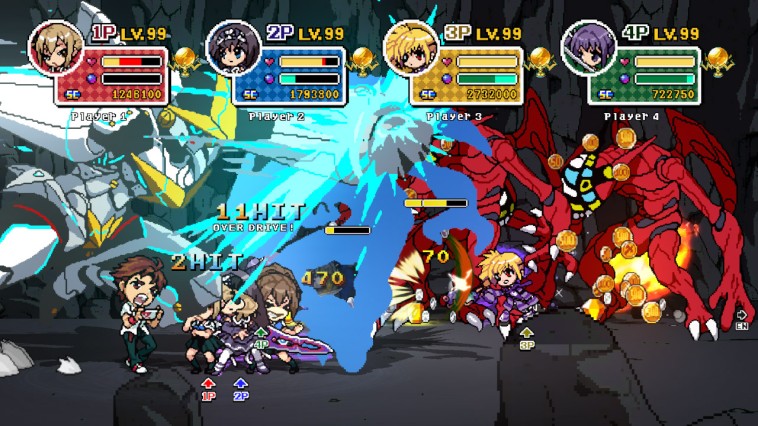 Should you want more of a challenge, you can adjust the difficulty much, much higher after a few successful completions of story mode, and I also recommend getting in there with some co-op action. Phantom Break: BGO is a great slot for bringing in friends and family to cover whichever lane you’re not in and going nuts in their own accord. Since the button combinations are fairly straightforward at the beginning, I was able to hand the controller off to my six year old, and she did a pretty great job of swatting down all the otaku running back and forth. She’s been missing Japan ever since we moved back to the US, so a little slice of Tokyo pie was something that brought a smile to her face. Additionally, the voicework, though a bit tinny at times, is still all Japanese and enjoyable ambience throughout the nonsense.

I guess the biggest difficulty is that the game doesn’t necessarily appeal to everyone at the right time. Don’t get me wrong, Phantom Breaker: Battle Grounds Overdrive is a good game and enjoyable, but almost no one will recognize the characters, and it’s a weird entry to bring onto the Switch. Still, 5pb is making sure everyone is happy and excited for their upcoming visual novel release onto the Switch, so any entry is a good one. If you want a really decent brawler that’s cute, very Japanese and has some solid replay, you’ll have a great time with BGO. Trust me, it’s a lot better than a majority of the NEO GEO rehashes that are available otherwise.